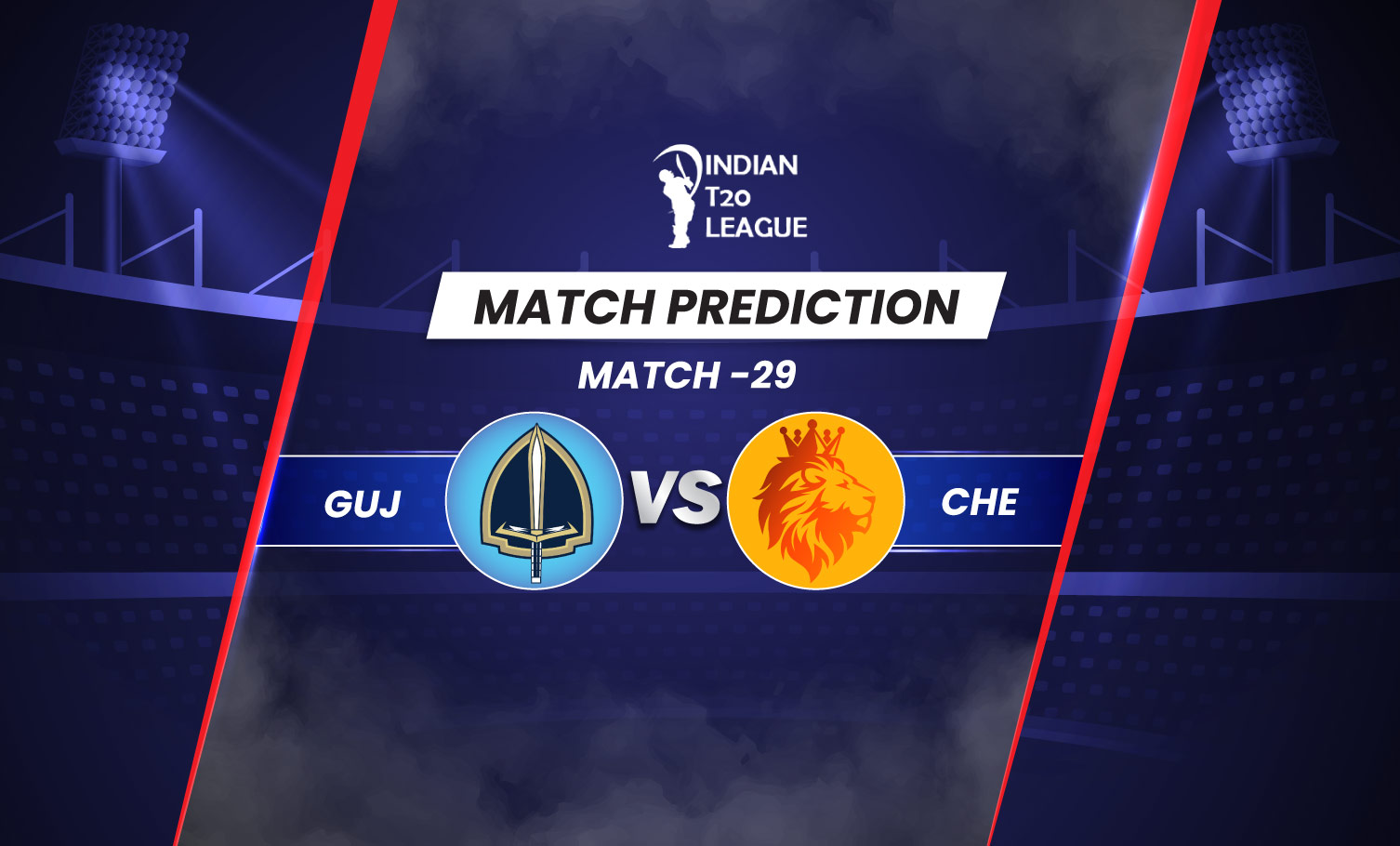 After a comfortable win in their last match, Gujarat will look to continue their domination but will face a strenuous test in the form of Chennai. The two teams will meet at the Maharashtra Cricket Association Stadium on Sunday. Hardik Pandya and co are in red hot form and will be keen to carry the momentum ahead in this match. Chennai on the other hand have struggled to find their feet in the tournament. With a solitary win in 5 games, the reigning champions are reeling at seventh position in the league standings. Jadeja and co will however be relieved after finally putting an end to their winless streak. They were bruised and battered coming into the match against Bangalore but did exceptionally well to overcome the odds and emerge victorious. The yellow army will be anxious to extend their win streak to two games and add some substance to their campaign.

Hardik Pandya’s all round heroics guided Gujarat to a big win against Rajasthan in their last game. Batting first Titans posted a competitive total of 192 runs on the scoreboard courtesy Pandya’s quickfire 87. Miller and Manohar also played crucial knocks to help their side cross the 190 run mark. Gujarat then aced in the bowling department to restrict the opposition to 155. Gujarat will be hoping to repeat more of the same performance in match number 29. Batting lineup is bolstered by Miller and Pandya’s return to form. Bowling prowess has the likes of Shami, Rashid and Ferguson. So, this Gujarat side packs a punch and are unarguably among the strongest contenders to win this season.

Chennai have struggled to execute their plans thus far. They have failed to click as a unit and as a result find themselves in deep water. In the last game against Bangalore, the men in yellow showed signs of recovery. Batting first they piled a massive total of 216. Uthappa and Dube’s counter attack ensured their side posted a gigantic first innings score. Jadeja then made good use of his bowlers to restrict the opposition batters. Mahesh Teekshana was the pick of the Chennai bowlers. He finished the game with impressive match figures of 4/33. The defending champions will however need to address their opening woes before heading into this game. Ruturaj Gaikwad is just not able to adapt to the conditions and is struggling to get going. Ahead of this fascinating clash, let us have a look at how these two sides will fare out on Sunday.

The wicket at the Maharashtra Cricket Association helps the swing bowlers a lot. Since it’s an open stadium, the pacers get some advantage. The due will come into play and thus the captains will eagerly wait to say, “We are going to bowl first”.

Gujarat are firm favourites to win this battle but one cannot dismiss Chennai’s chances. We believe they will fight against all odds and produce a favourable outcome.

Hardik Pandya is in red hot form at the moment. He is striking the ball cleanly and is bowling with a lot of heart. The Gujarat skipper is leading his side from the front.

Rashid Khan is a safe pick. Regarded as a T20 specialist, the 23 year old is a canny customer with ball in hand. We predict the Afghani spin wizard to do well in this game

Shivam Dube has been a revelation at number four for the four time champions. He is seeing the ball like a football at present. Dube has started to find his range.and once he gets going boundaries seem ridiculously short

Robin Uthappa is having a ball this season. He has relished the opportunity to open and has shown why he is still regarded among the best in the game.

Matthew Wade is not having a great tournament thus far. He has got starts but has failed to convert them into big scores. It is just a matter of time with Wade. Once he gets going, he is hard to contain.