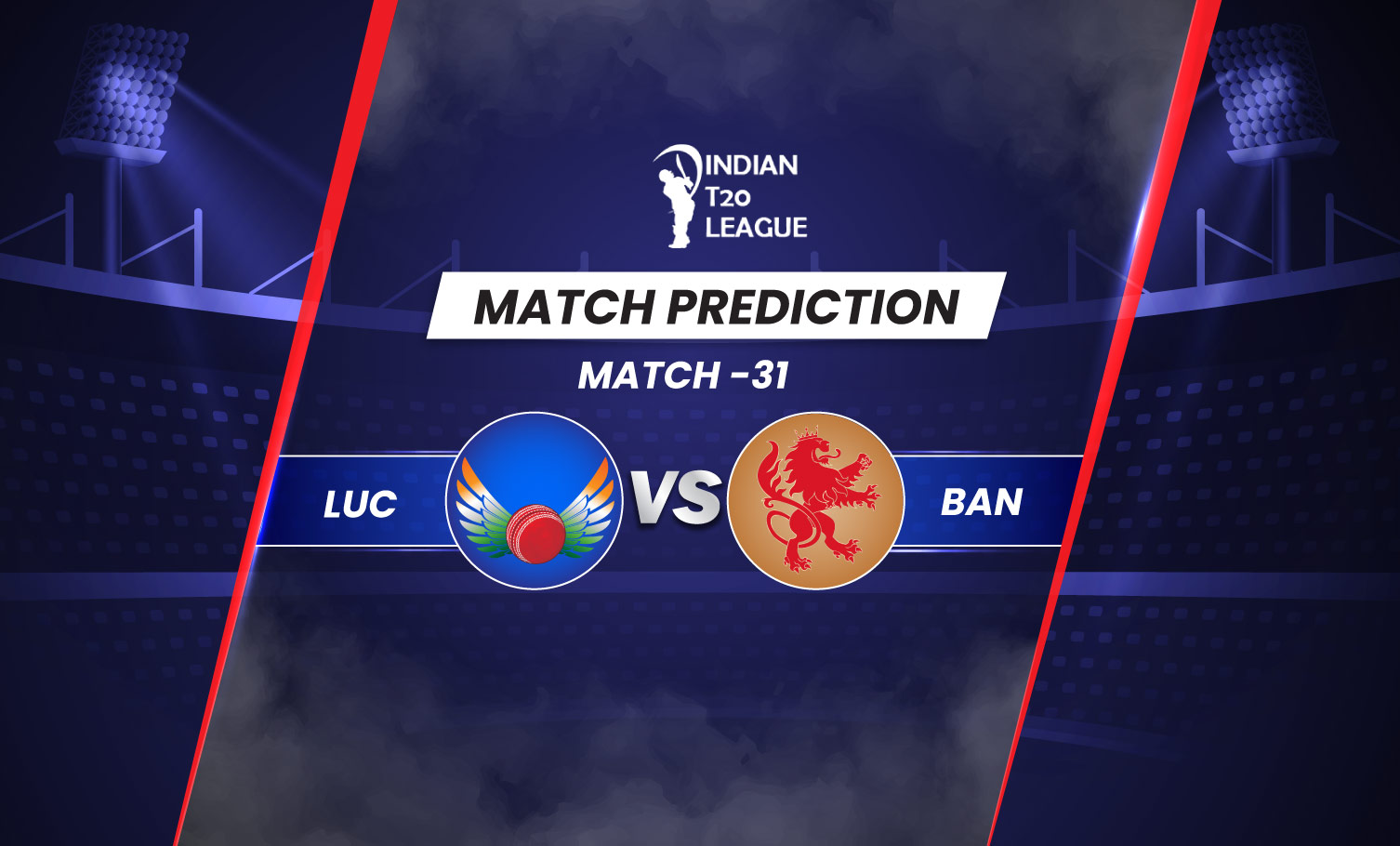 The prince of Bangalore has completely changed the way how Bangalore plays these days. The King is going through a rough patch but Dinesh Karthik is not allowing the fans to feel that as he is playing some superb cricket every day and winning matches for them. Lucknow on the other hand is very hard to predict. KL Rahul’s century in the last match was a very welcoming one but right now, he needs to be a bit more consistent. The bowling line-up is doing a decent job and that is the strength of the team.

The problem with Bangalore is that the top three players of the side are not in form. Not at all! Faf Du Plessis along with Virat Kohli needs to get back in form as the middle order will not rescue the team every time. Maxwell, Dinesh Karthik and Shahbaz Ahmed have been fantastic to say the least. The role that Shahbaz is playing is very crucial and it’s the same kind of role Shakib Al Hasan used to play in the Indian T20 League. The boy is getting the runs, taking wickets and a very good fielder as well. The Bangalore franchise always wanted players like him in the middle order but never had. For the first time in many years, the team can say that they have a solid middle order. They can bat deep as Wanindu Hasaranga comes to bat at number 8 and we know that Harshal Patel can bat as well. When it comes to bowling, Hasaranga has been the game changer. Hazlewood played brilliantly in the last match and there are lots of positives and the team will be very optimistic when they face Lucknow!

Lucknow in their last match defeated Mumbai and KL’s century will release a lot of tension within the camp. The captain needs to come back in form and needs to lead from the front like he used to do in Punjab. Thus, seeing him score a century will help Lucknow in the future. The inclusion of Manish Pandey was questionable but the boy did score 38 crucial runs and Lucknow fans will be happy with that. What they will be delighted to see is Avesh Khan’s form. The player took three wickets against Mumbai and it looks like he found his lost touch. Bishnoi needs to get back in touch and Lucknow will be a different team if so happens. There’s a lot of potential in the team.

It’s a great pitch to bat on. Bowlers will get the help for sure but dew might affect them. 175+ is a good total on this surface. Bowling first will of course be ideal under these circumstances.

Both the teams are filled with power hitters and thus expect a close contests between them. Bangalore will be slightly ahead of the opposition as they have a good bowling line-up. The team that’s bowl second will have an advantage for sure.

KL Rahul played a brilliant innings in the last match and took his team home. The team will expect him to do something similar and he is one player that will surely feature in everyone’s team.

Dinesh Karthik is one such player that you cannot leave behind. Time and time again he is showing his quality and how dangerous he can be towards the end of the match. A must pick for sure!

Shahbaz Ahmad’s form makes him a top fantasy pick for this match. He is playing some astonishing cricket and is giving the perfect balance to the team.

Marcus Stoinis is a dangerous custodian. The Aussie is yet to play a defining innings but he can win the match with both bat and bowl and that is why he is a must pick player in your team. 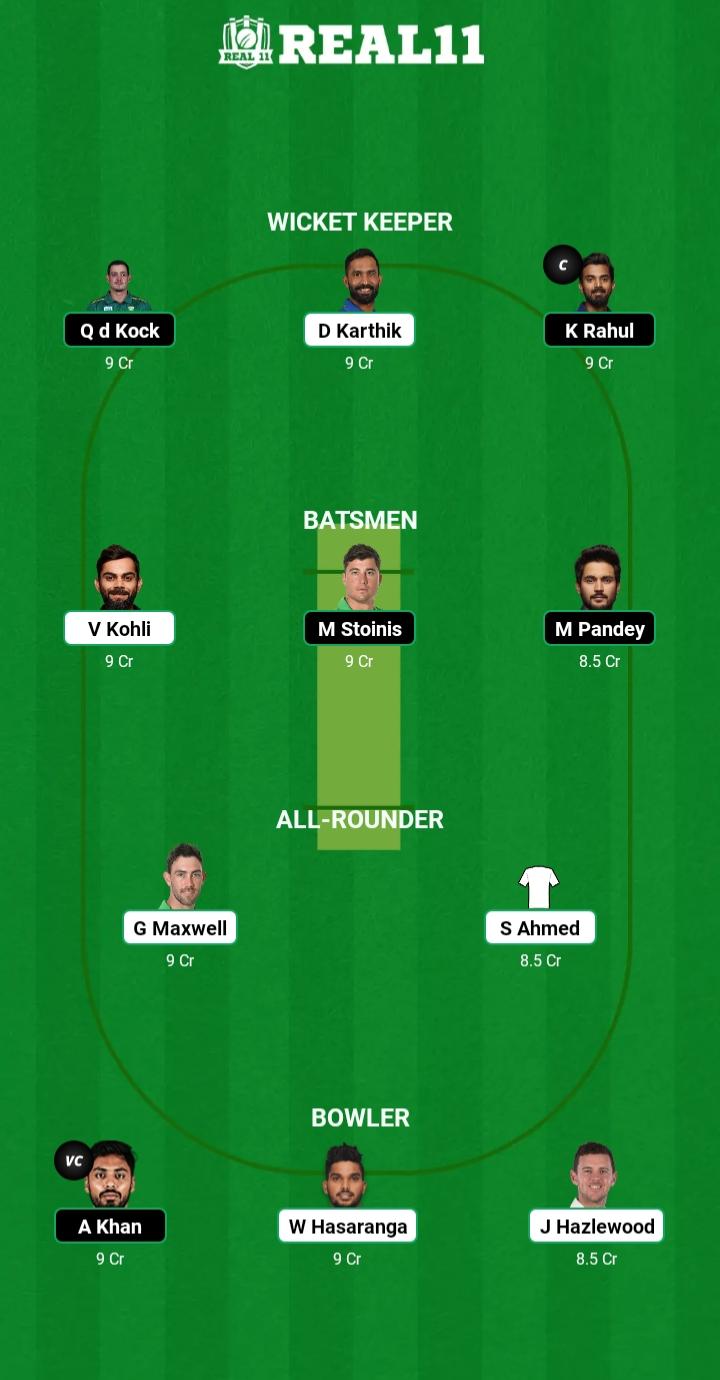 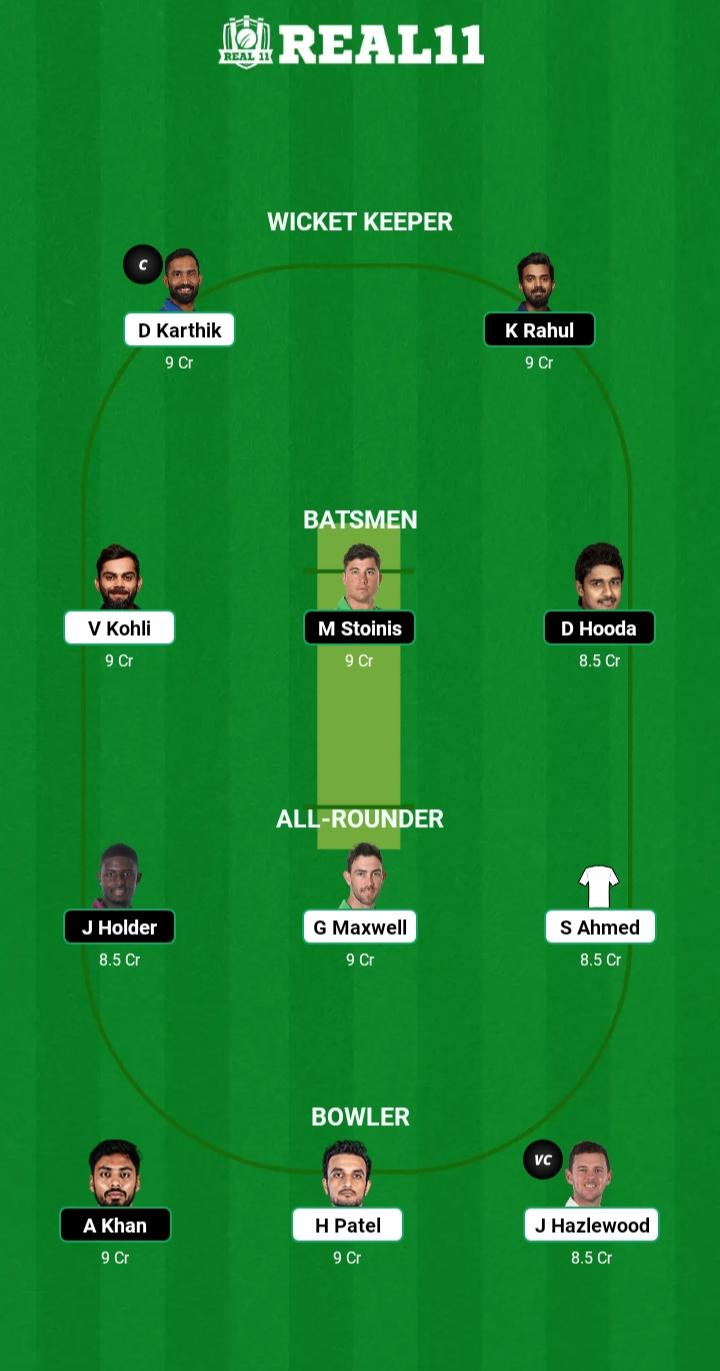