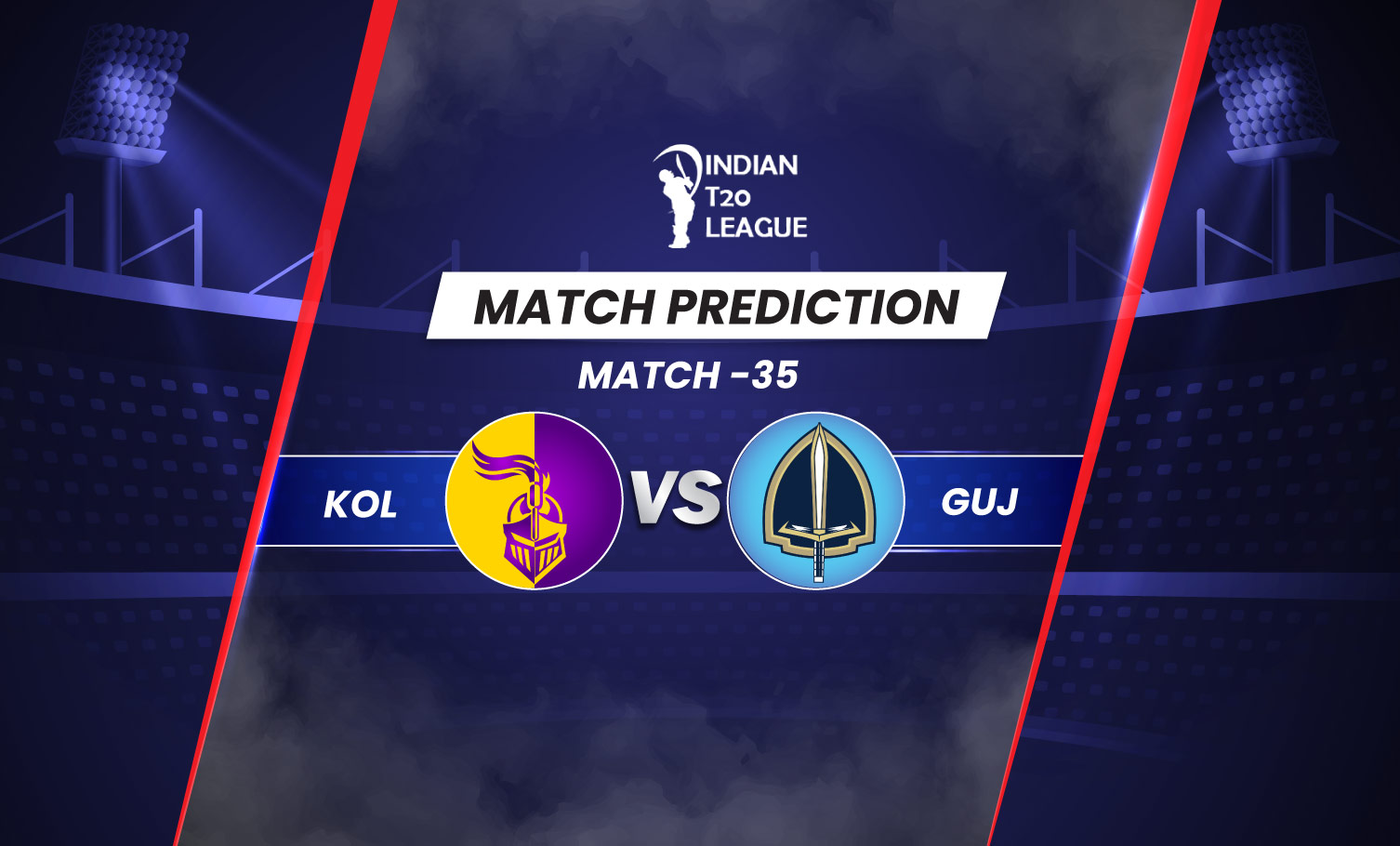 After a brilliant start in the league, the Kolkata franchise faltered and not getting the win. There’s no doubt that the team is playing well but there are so many problems that the team needs to address. Gujarat on the other hand is playing some wonderful cricket. With or without their captain, the team has played fluently and the best part is that someone or the other always steps up to help the team in difficult situations. This proves that the team is very well balanced and right now, they are one of the teams who can lift the title in their maiden season.

Coming back to Kolkata, the City of Joy is missing the spark. Bowling has been below average and the top four batters are just not in form. Yes, Shreyas Iyer has played wonderfully in the last match but he needs to back that and be consistent. Someone else from the top four needs to work. Venkatesh Iyer was promoted down the order and Narine was sent to open in the last match. Now, this is the biggest problem with this franchise. Yes, the batters are flexible and can rotate but that’s not how you can win tournaments. One should have clarity about their roles and sending Narine up in the order is an old tactic and will not work against strong Gujarat bowling. Pat Cummins has been terrible with the ball and nothing is going in his way. Tim Southee deserves a spot ahead of him but Cummins can prove deadly with the bat. The introduction of Shivam Mavi was necessary and the experiment should stop. Finch gave a good start in the last match but like Shreyas, the player needs to be consistent. Russell won’t win you matches everyday – A lesson that the Knights need to learn.

Coming to Gujarat, the team looks perfect at the moment. Gill is getting runs, Pandya is in red hot form and David Miller in the last match showed his class. Miller again needs to do this on a regular basis otherwise three quick wickets can put Gujarat under a lot of pressure. Rashid Khan is Rashid Khan; you can talk a lot about him. Be it with the bat or bowl, the young spin wizard is winning games for fun. The trio of Mohammed Shami, Lockie Ferguson and Yash Dayal has been brilliant as well. Rahul Tewatia also got the runs when the team needed him the most. It’s just the opening spot that will bug the team, else everything looks pretty much sorted.

Bowling first will be the obvious choice and a score of 160+ will be good on this surface. Dew will not play a match and spinners will get some form of help from the surface.

Gujarat are firm favourites to win this battle but one cannot dismiss Kolkata’s chances. It is going to be a great contest between the two spinning wizards, Rashid Khan and Sunil Narine.

Shreyas Iyer is in red hot form at the moment. He is striking the ball cleanly and making a real difference. He has got a lot of potential and this is the best time for him to play some good cricket and put his name for the T20 World Series.

Rashid Khan is a must pick. Regarded as a T20 specialist, the spin wizard is a safe bet. You can even consider him to be the captain of your side. He can give you a lot of runs from both batting and bowling.

Andre Russell might be a risky option but on his day, he can demolish any opponent that comes on his way. He can create a real difference if you don’t select him.

Hardik Pandya is a must for any team. The captain of the Gujarat franchise has been brilliant so far and is excelling in all the departments. He is expected to give you a lot of points.

Lockie Ferguson did start the season really well but lost momentum. Against his former team, he can create havoc and is a player you can take a risk on! Once he gets going, he is hard to contain and everyone knows that. 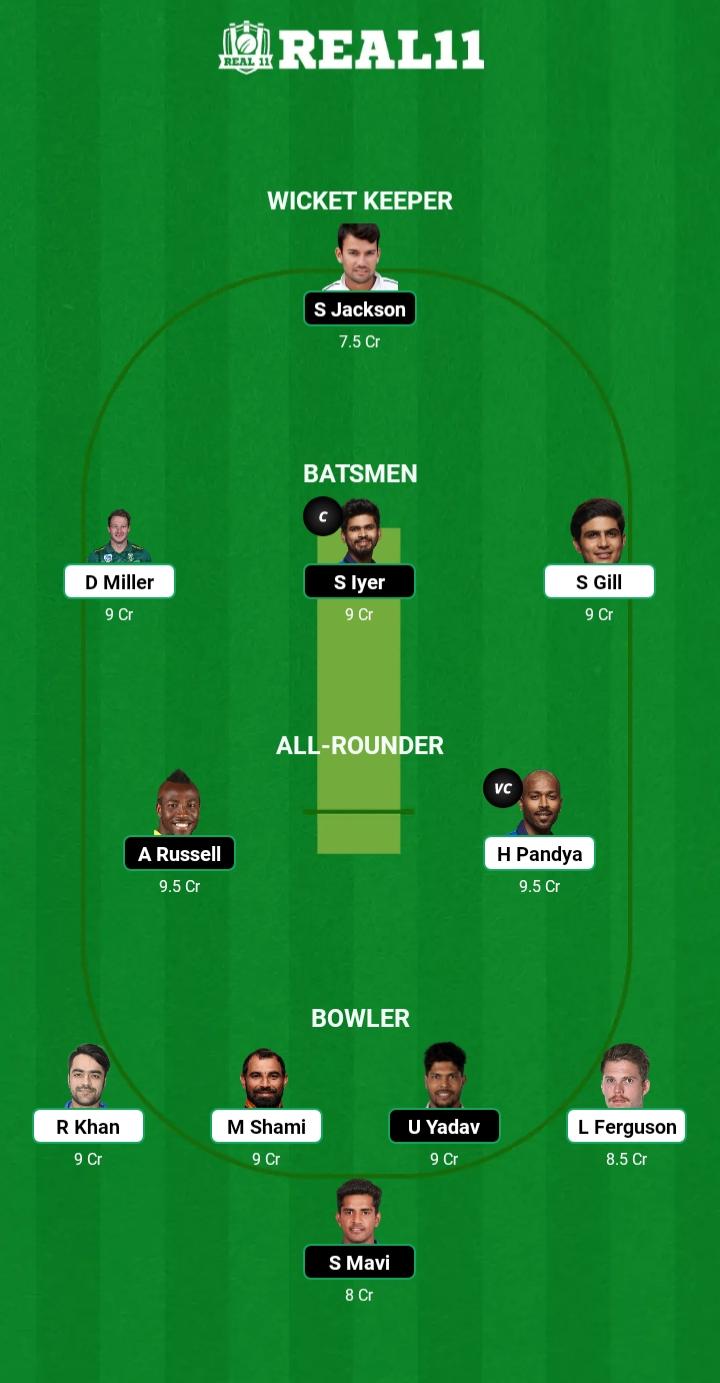