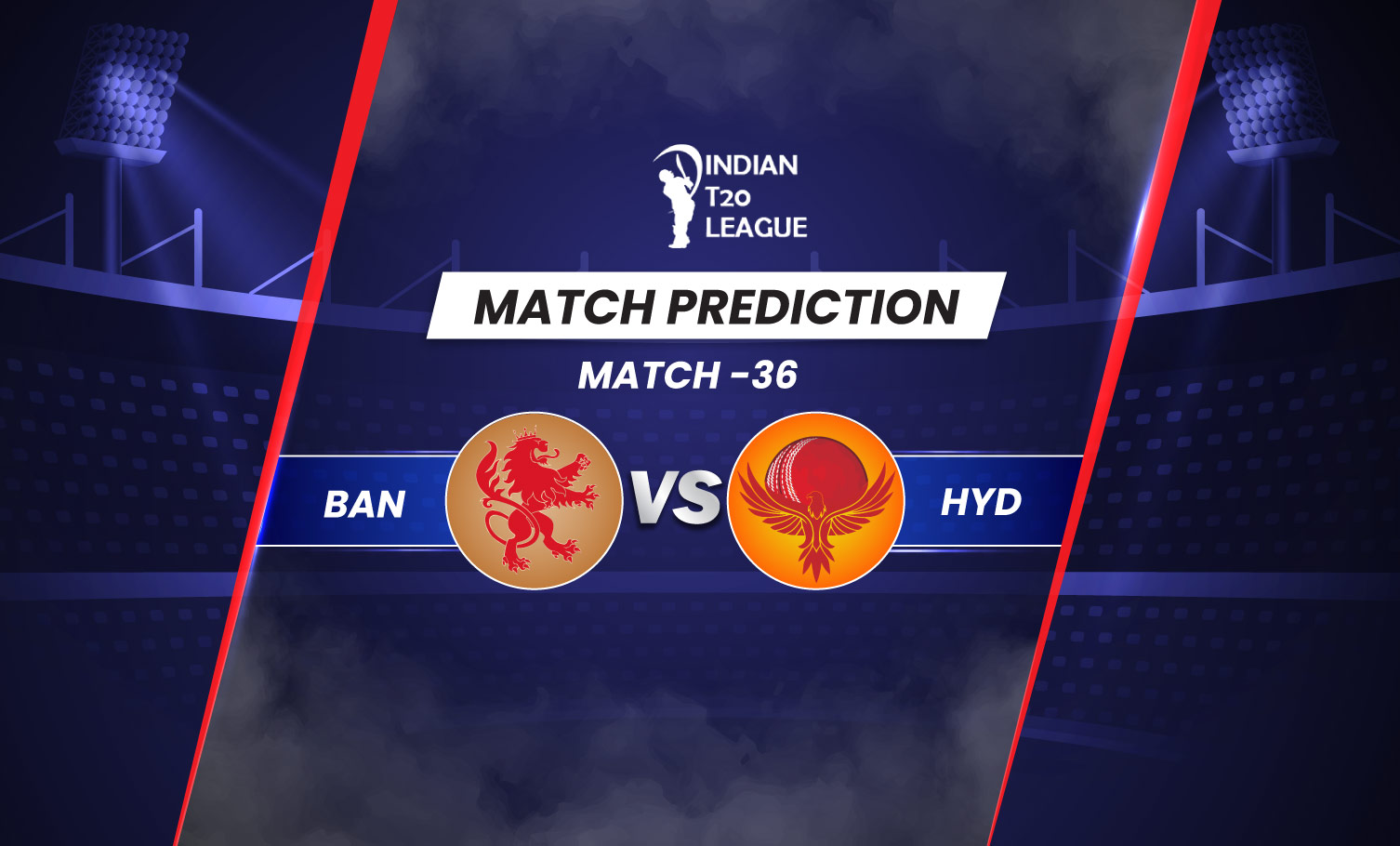 The southern Derby for the Indian T20 League is upon us and expect some fireworks in the field. After a slow start, Hyderabad has come back strongly and is playing some real good cricket lately. Bangalore on the other hand has done very well under Captain Faf Du Plessis. The team is looking good and playing as one of the favourites in the tournament. Much credit goes to Dinesh Karthik, who has been unbelievable so far in the tournament.

The strength of Hyderabad is definitely their bowling. With Bhuvneshwar Kumar, T. Natarajan and Umran Malik in the squad, they offer a lot of variety. Bhuvi got the swing, Natarajan can nail Yorkers and Umran got some raw pace. He is playing well and is a name that will be a surprise package when the selection committee names the Indian team for the T20 World Series. Coming to the batters, there are a lot of concerns. Kane Williamson is not having a good time while Abhishek Sharma is inconsistent. Rahul Tripathi is getting the start but he has not converted the chances he has created. Nicolas Pooran has disappointed everyone and if he continues to perform like this, the Caribbean may even get dropped. The team needs to stick together and only then they can create havoc in the league. They don’t have a very strong squad in the team thus unity should be their strength.

Bangalore has been near to perfect this season. The top order giving up early is a concern but their middle order is matured enough to deal with all the problems. Despite all this, Virat Kohli needs to get back into form. It’s been quite some time since King Kohli has shown his colours. Once he does, the team will be perfect in all the areas and there will hardly be any concern. Jos Hazlewood is leading the bowling line-up and the Aussie has done well. The pacers can improve obviously but you can’t say much as the team is getting the result they desire.

Expect plenty of runs as the stadium is much smaller in comparison. It’s a batting paradise but spinners will get a lot of help as well. Bowling first will be ideal at Brabourne.

Bangalore will be the favourites in this match but you simply can’t rule Hyderabad out. The pacers will definitely have a good game if they manage to bowl in the right areas.

Glenn Maxwell is in red hot form at the moment. He is striking the ball cleanly and making a real difference. As Virat is not playing well, he is the most important batter for Bangalore along with Faf Du Plessis.

Rahul Tripathi is a must pick. Regarded as a T20 specialist, the flamboyant batter can damage any bowler and score some quick runs. He is a dangerous custodian and Bangalore will be desperate for his wicket.

Dinesh Karthik is someone that you simply can’t leave behind. He will score runs, take catches and give a lot of fantasy points. He dreams of playing in the Indian T20 league and he will do everything possible to fulfil his dream.

Umran Malik is a must for any team. The pacer is on song and his pace can be handy against Bangalore. He’s getting wickets and can create a difference in this match.

Shahbaz Ahmad has done really well so far. People don’t consider him as a captain because he plays as an anchor and he is not someone who will pick wickets for fun but the point is that he can! The boy has a lot of potential and it’s high time to take a risk on him! 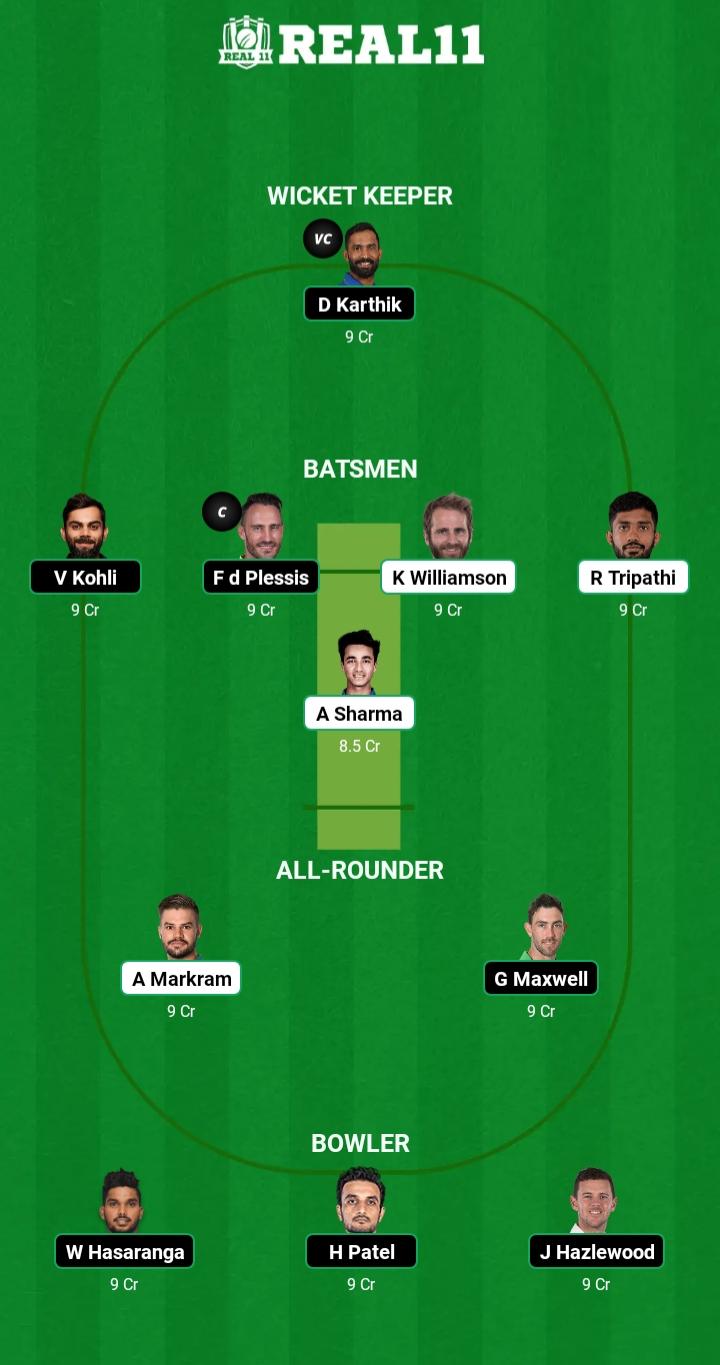 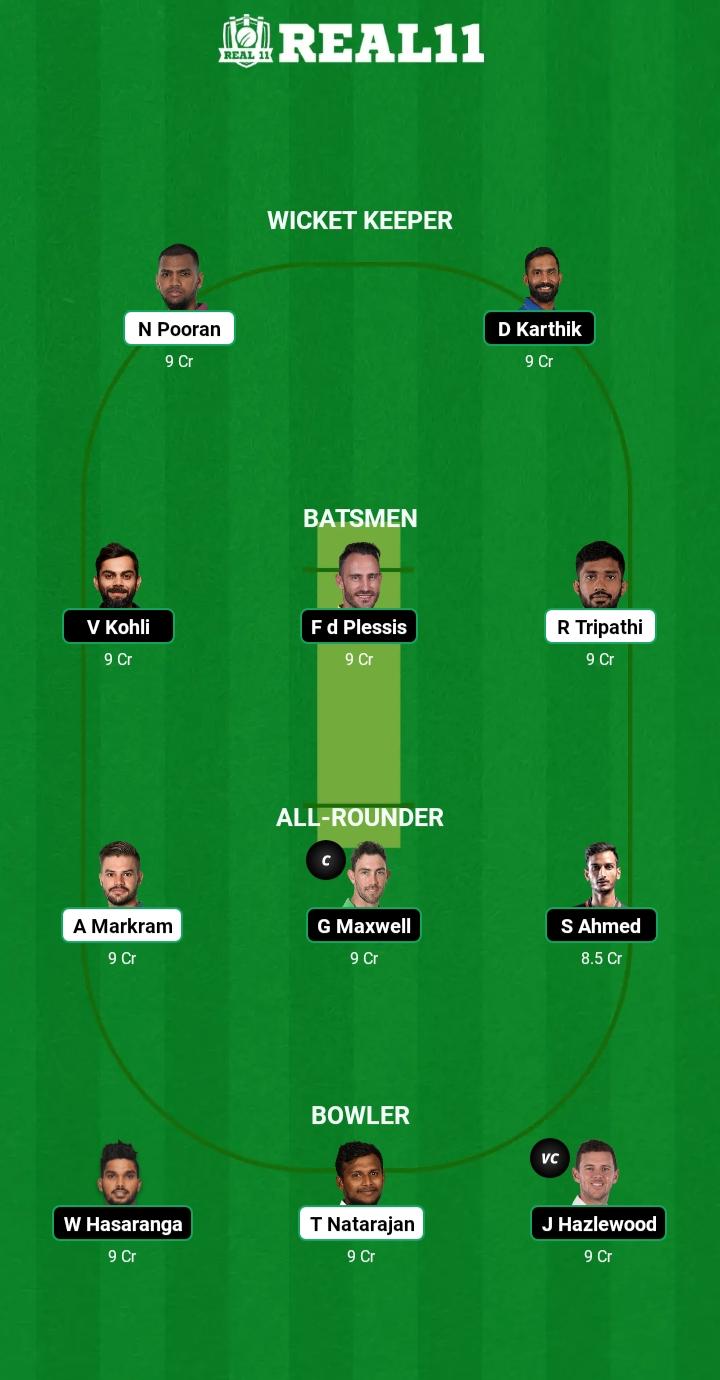