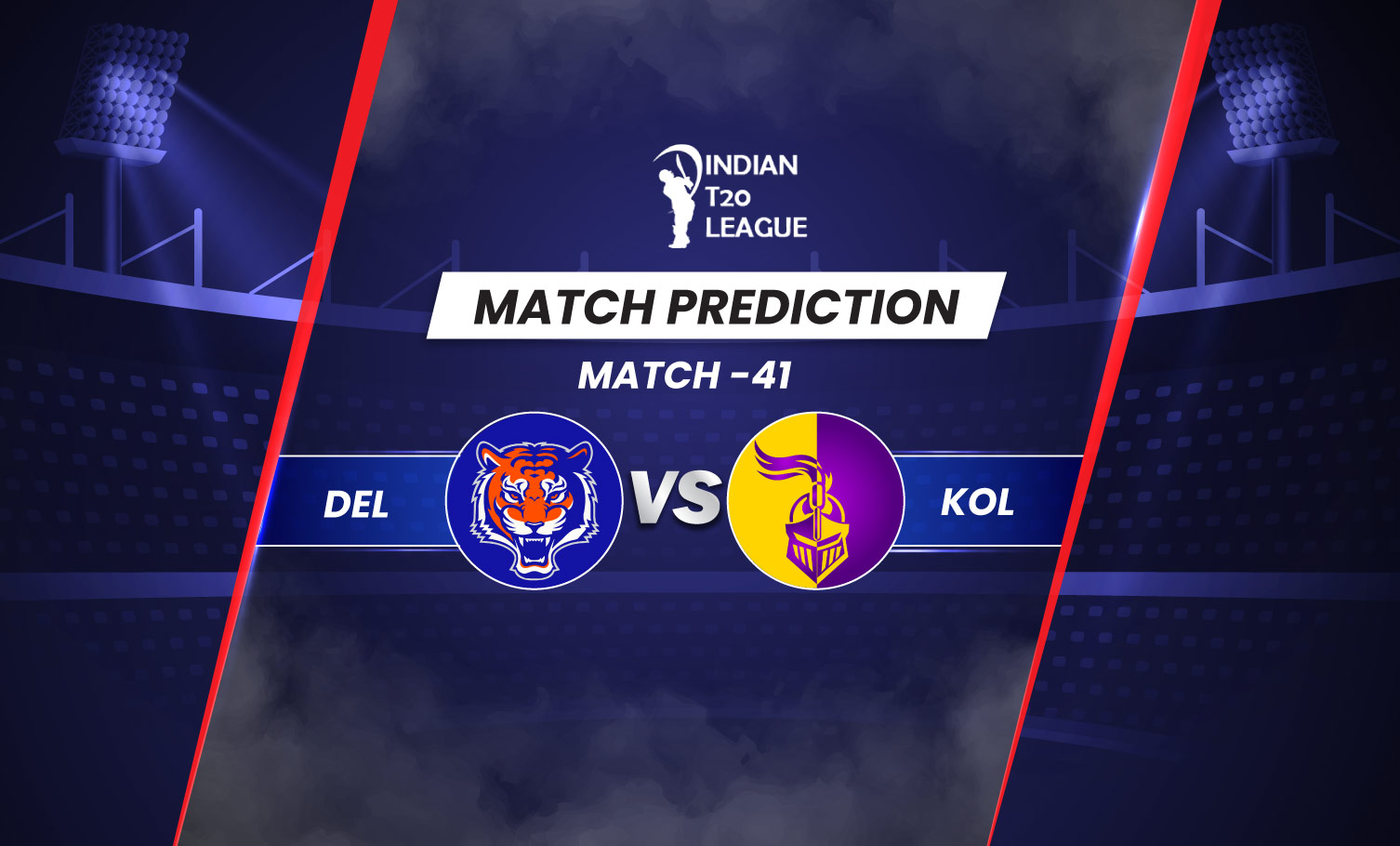 After an agonising loss in the last fixture Delhi will look to regain form and grab the two points. Kolkata on the other hand will be eager to get their campaign back on track. Despite playing some good cricket, the two time champions are struggling to get the desired results. With 3 wins and 6 points to their name, Kolkata are tottering at the bottom half of the table.

Delhi had a lot of positives from the last game. Rovman Powell’s power hitting was one of the various good things for them in that clash. The muscular pinch hitter was bought for a staggering INR 2.8 Crore by Delhi at the auctions. Powell did not justify his price tag until the recent fixture. He smashed a quickfire 36 and kept his side in the hunt. The target eventually proved too much for Pant and co as they lost the game by 15 runs. With Powell finding form, Delhi look potent in the batting department. The likes of Shaw, Warner and Pant can cause serious problems for opposition bowlers. Bowling hasn’t been their strong aspect this season. Khaleel and Kuldeep have done well in patches, Thakur hasn’t been amongst the wickets and Mustafizur is struggling to find his rhythm. Delhi will need to sort out their bowling concerns before heading into this topsy turvy encounter.

Kolkata will be desperate to gain victory and move up the ladder. They started their campaign brightly only to lose four games on the trot. Positioned at eight, now their chances of qualifying are also looking thin. In the last game against Gujarat, Kolkata failed to hold onto the crunch moments and as a result lost the game. They were in the driver's seat at the halfway mark but then made a mockery of a defendable total to extend their horrendous streak. Rinku Singh who got his first game of this season in the last tie impressed one all all with his composure and wide array of shots. Kolkata however need to show more responsibility with bat in hand. Shreyas Iyer in particular should focus on pacing his innings. In the bowling department the men in purple have plenty of options with Narine, Chakravarthy, Yadav, Russell and Southee in the mix. As we head into match 41, let us have a look at how these two sides will fare out in the clash.

Bowling first will be the obvious choice and the teams should make a lot of runs. The pitch will favour the batters and even a score of 180+ might not be safe on this ground. Expect spinners to come to the party.

Both teams possess great quality in their ranks but if we look at the Head to head records and the balance within the squads, we predict Kolkata to win this game.

David Warner is a dashing opener that plays for Delhi. He alongside Shaw at the top will hold the key for Pant and co with bat in hand.

Prithvi Shaw at the top of the order has been a joy to watch. The swashbuckler scores run at a brisk pace and we fancy the pocket dynamite to go boom boom from ball one.

Andre Russell is a renowned T20 specialist. In the last game against Rajasthan, the Caribbean delivered with both bat and ball.

Tim Southee has the ability to move the ball in the air. He can trouble Delhi batters with the new ball.

Kuldeep Yadav thus far has had a good tournament. Barring the last game, the chinaman has picked wickets in every match. 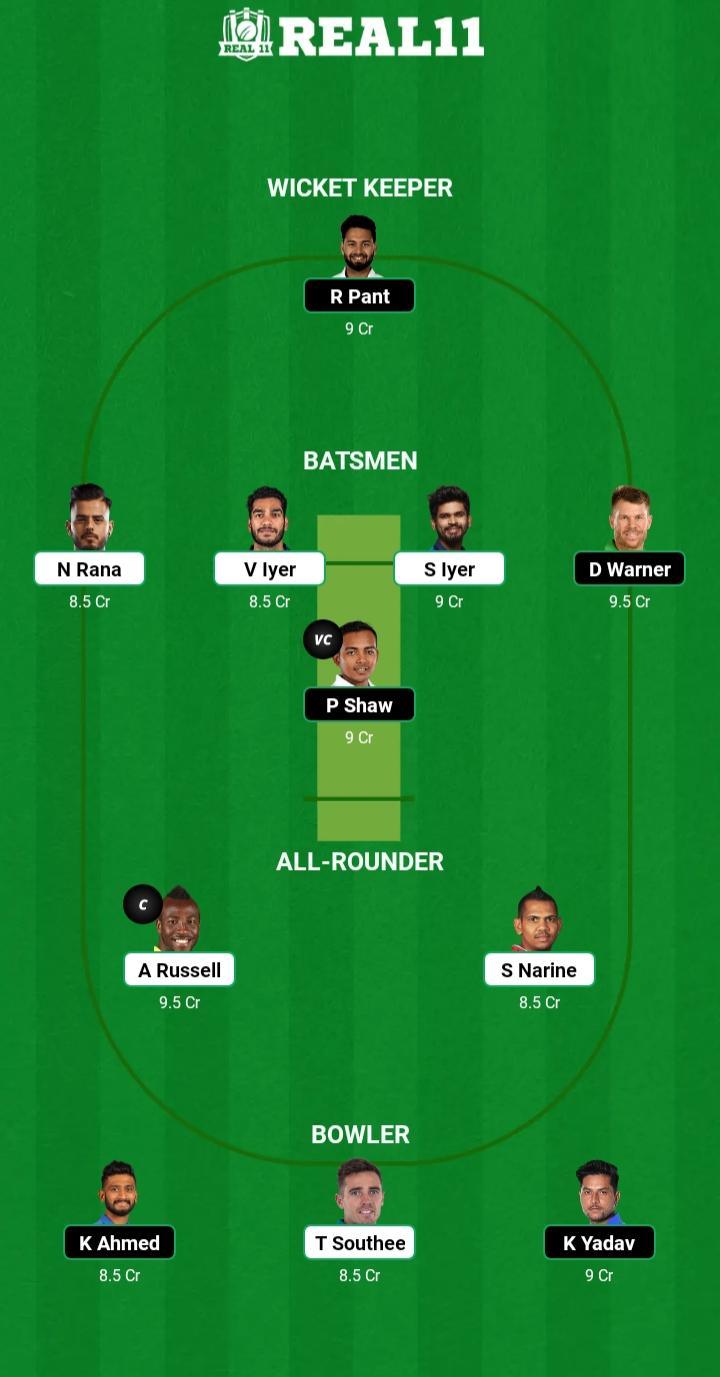 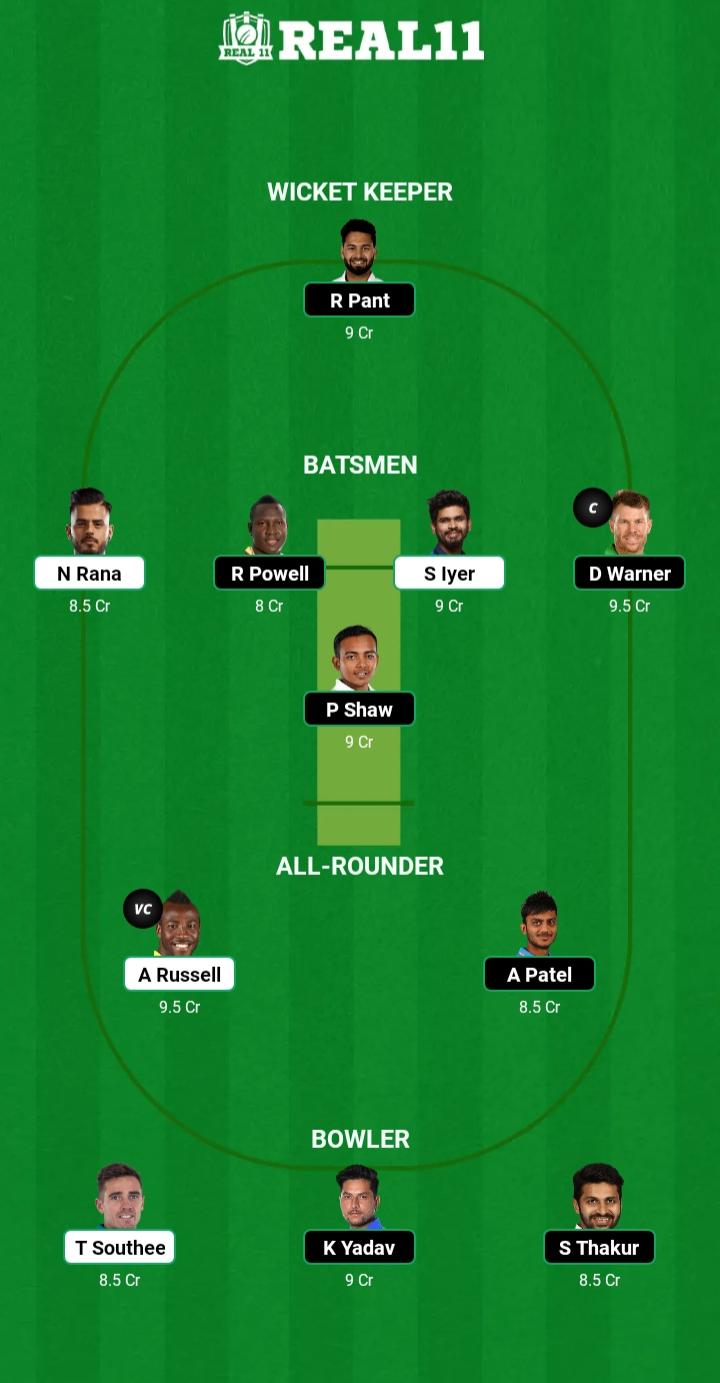