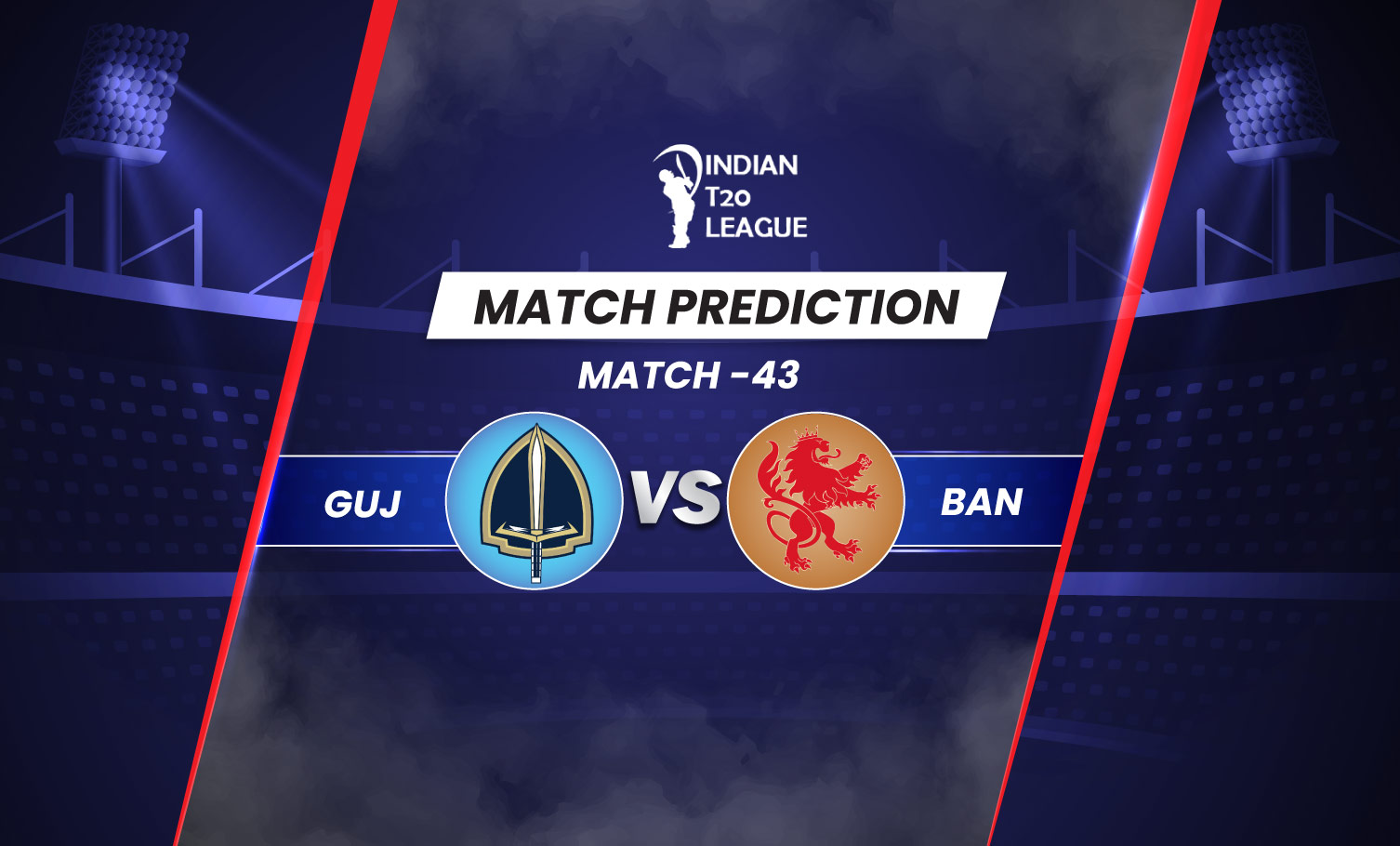 Gujarat will take on Bangalore in match 43 of the Indian T20 League 2022 at the Brabourne Stadium on Saturday. With 7 wins in 8 games, Gujarat have been unmatched this season. Pandya’s men have shown great discipline and courage to stand tall against the odds. Bangalore on the other hand continues to go into the downward spiral. They started the tournament well but failed to maintain momentum.

Gujarat have managed to impress one and all with stellar performance in their inaugural season. The key to their success has been their team composition and balance. The current table toppers have quality players in their ranks. Each of them understands their role within  the side and thus are in a commanding position. In the last game against Hyderabad. Pandya and co were asked to chase down an emphatic total of 196. Wriddhiman Saha and Shubhman Gill started the run chase positively before Umran Malik broke the partnership. Malik wreaked havoc and took 5 wickets in quick succession to peg back the opposition. Rashid Khan and Rahul Tewatia then joined hands at the crease and brought some hope back for their side. The duo took the Hyderabad bowlers to the cleaners and brought momentum back to their side. With 22 runs required off the final over, Tewatia smashed the first ball for a six followed by a single in the second ball. Rashid then hit three towering sixes to power his team home. Batting looks potent with Wriddhiman Saha and David Miller back in the groove. Bowling prowess comprises the likes of Mohommad Shami, Lockie Ferguson and Rashid Khan.

Battered Bangalore will look to regain confidence when they take the field against Gujarat on Saturday. After making a winning start to the tournament, Faf and co seem to have lost the plot. The men in red have lately struggled to put up a solid all round show. Their batting in particular has looked out of sorts. Apart from Dinesh Kartik and Shahbaz, the rest of the batters have failed to make any significant contribution. Faf and Kohli have been out of touch, Prabhudessai is just not good enough and Maxwell is still settling in. Bowling has done well in patches with Hasaranga leading the attack. In the last game against Rajasthan, Bangalore had a par total of 145 to chase down. Hasaranga, Siraj and Hasaranga took two wickets apiece to restrict the men in pink to 144. Bangalore batters in reply made a hash of an easy chase and were booked for a partly score of 115. Ahead of this crucial tie, Bangalore will need to address their batting woes.

The lowest total of this edition’s Ind T20 League was recorded in the previous game at this very ground as the Bangalore side was bundled out for just 68. However, the pitch hasn’t been bad for batting, and there aren't any demons as well to make it a low-scoring wicket.

Gujarat will start firm favourites. They are in red hot form and we fancy them to gain victory over a clueless Bangalore side.

Rashid Khan lived upto his tag of game changer in the last game. His heroics with bat in hand sealed the game for his side versus Hyderabad. Khan is known for his clever deceptions and subtle variations with the ball. He is also a very able batter who can play fiery cameos down the order. We don't see any reason why you should not pick him in your fantasy side.

Hardik Pandya failed to make any valuable contribution in the last game but he is in great touch and we back him to do well in this game.

Josh Hazelwood is having a great Ind T20 League thus far. The tall pacer has picked wickets at regular intervals and kept his side in contention.

Wanindu Hasaranga is among the few Bangalore players who has been consistent. The exciting all rounder has done exceptionally well with ball in hand and we expect more of the same from him.

Yash Dayal is our pick for the Risky Captaincy Choice. The youngster has bowled at a searing pace with a lot of heart. He has got wickets in almost every game he has played for Gujarat. You can take a gamble by appointing him the captain of your fantasy team. 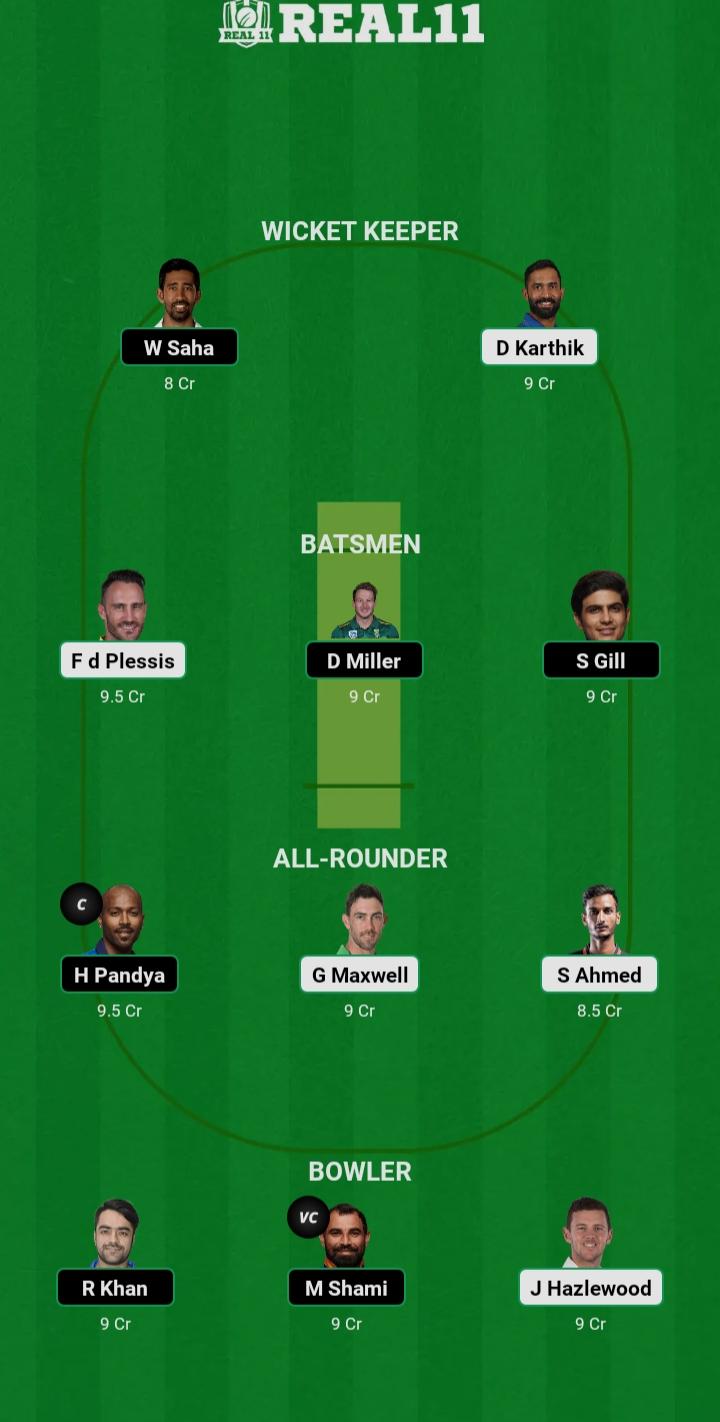 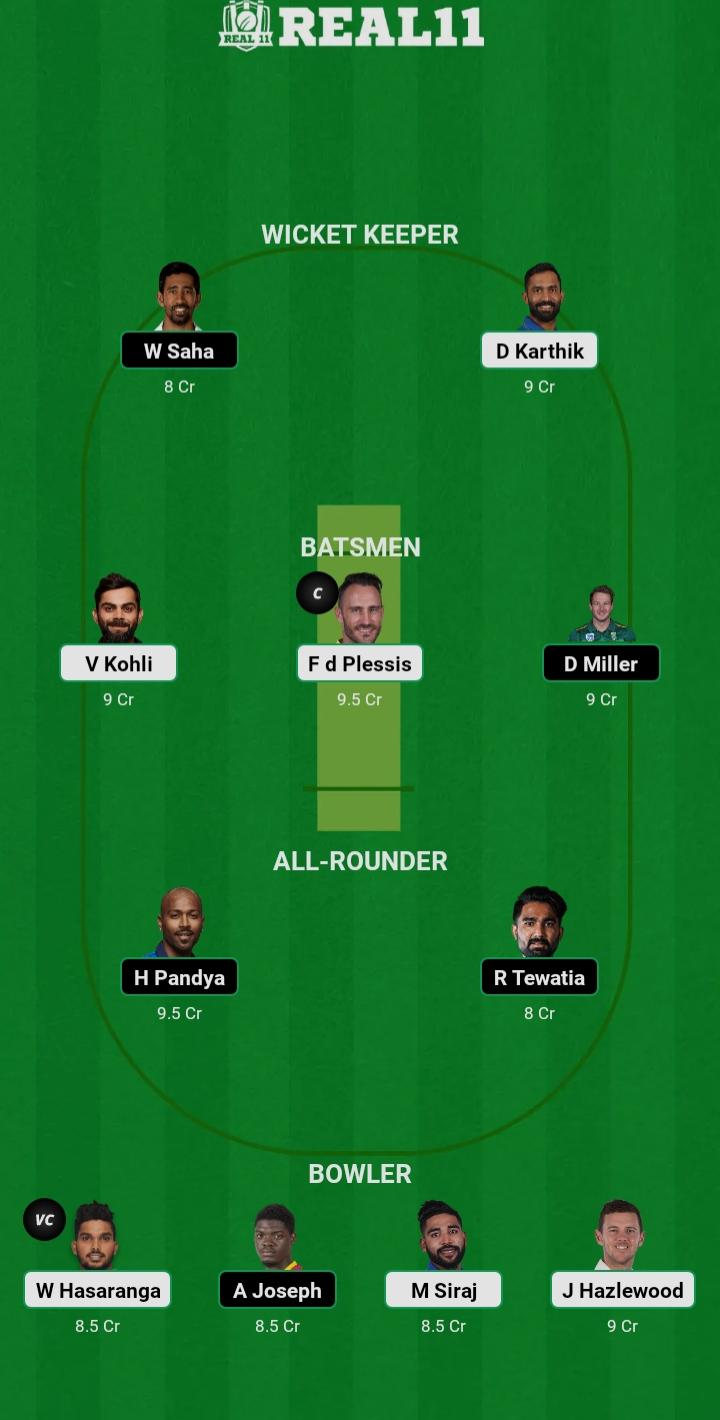