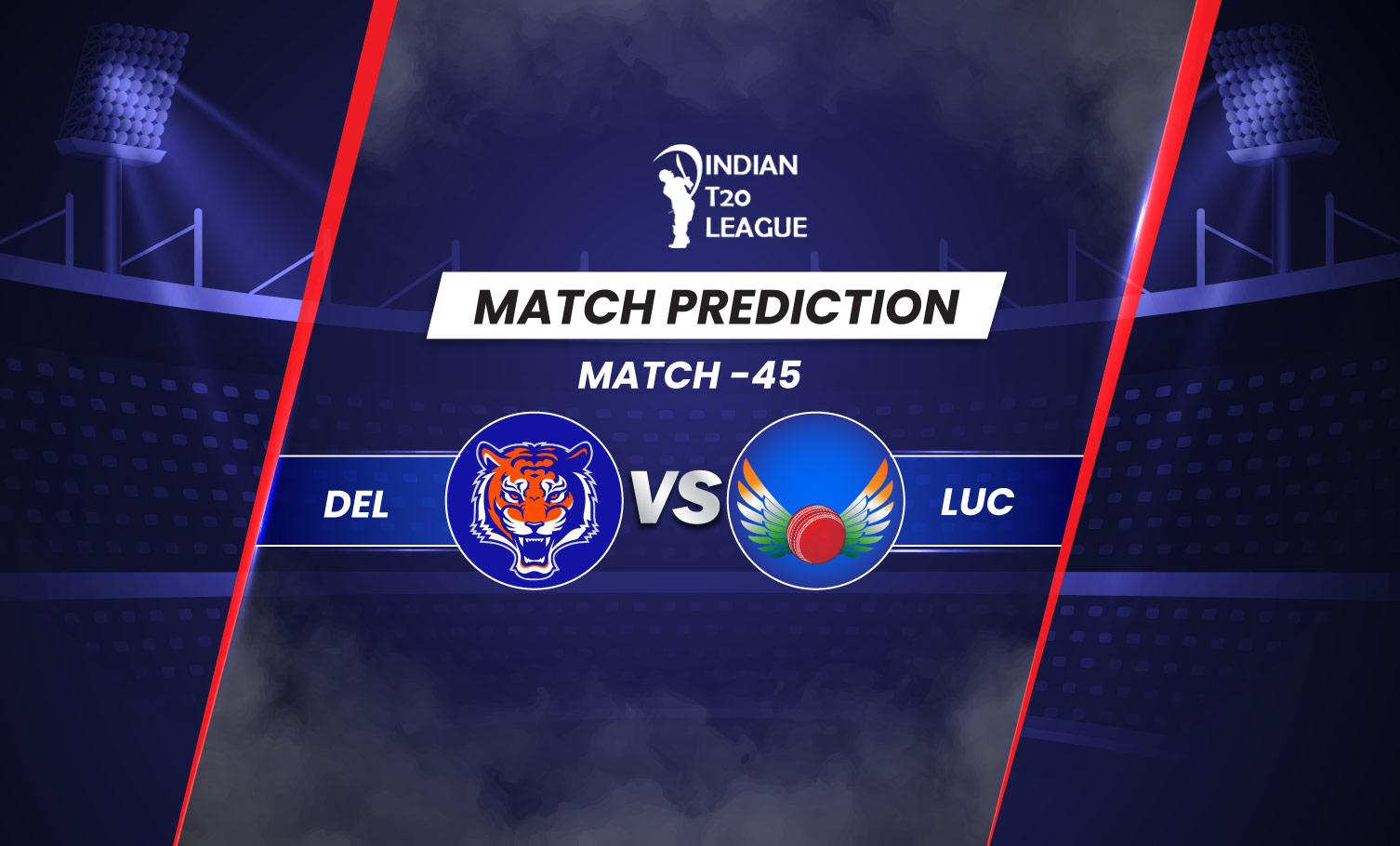 Delhi and Lucknow will lock horns in match 45 of the Ind T20 League 2022 at the Wankhede Stadium on Sunday. With 4 wins and as many losses, Delhi are currently positioned at sixth in the league standings. They defeated Kolkata in the last game. Lucknow on the other hand will be eager to extend their winning streak three games. They trounced  Punjab in their last game to occupy the third spot in the league standings.

Delhi put up an impressive performance last time they played on this ground. They vanquished Kolkata to gain some momentum. Kuldeep Yadav and Rovman Powell were the chief architects of the Delhi victory. Kuldeep ripped through Kolkata’s batting, taking 4 for 14 as the men in purple could only muster 146 runs on the board. Delhi in reply chased down the total with one over to spare courtesy Rovman Powell. The muscular Caribbean powered his side to an important win. The return of Mitchell Marsh is also a major boost for Pant and co. The all rounder missed out in the last game and would be itching to be back to his very best. Delhi’s batting looks potent with the likes of Warner, Pant and Powell. In the bowling department they have Thakur, Mustafizur and Kuldeep in their ranks. Mustafizur who until the last game had a substandard tournament will look to carry on the confidence into this game.

Lucknow have been in stupendous form off late. With two wins in their last three games, Lucknow are within touching distance of booking a place in the playoffs. Rahul’s Lucknow  has done exceedingly well with their resources in the first half. There is a popular saying "A good beginning is half the job done." Lucknow has done exactly that and as a result are in a solid position. KL Rahul will shoulder the batting responsibility for his side. De Kock, Hooda and Stoinis will be the other batters to watch out for. Lucknow’s bowling looks menacing with Chameera, Mohsin and Avesh in the mix. A cracking game of cricket awaits us.

Expect a batting friendly surface. The pitch will favour the batters and even a score of 180+ might not be safe on this ground. Expect spinners to come to the party.

Considering the current form and balance within the squads we put our stakes on Lucknow.

David Warner played a sensible knock in the last game. The dashing opener is on song and Delhi’s main man with bat in hand

Kuldeep Yadav four-fer helped Delhi win the last game. The chinaman has so far picked 17 wickets at a decent average of 14.11.

KL Rahul missed out in the last game. He would be raring to go against Delhi. He is in supreme touch with the bat and we see no reason for leaving him out of the fantasy team.

Dushmantha Chameera bowled brilliantly against Punjab. The Sri Lankan speedster is quick, accurate and has the ability to pick wickets.

Mustafizur bowled well in the last game. His performance however hasn’t been that good this season. You can still play a gamble by assigning him the captain of your fantasy team. 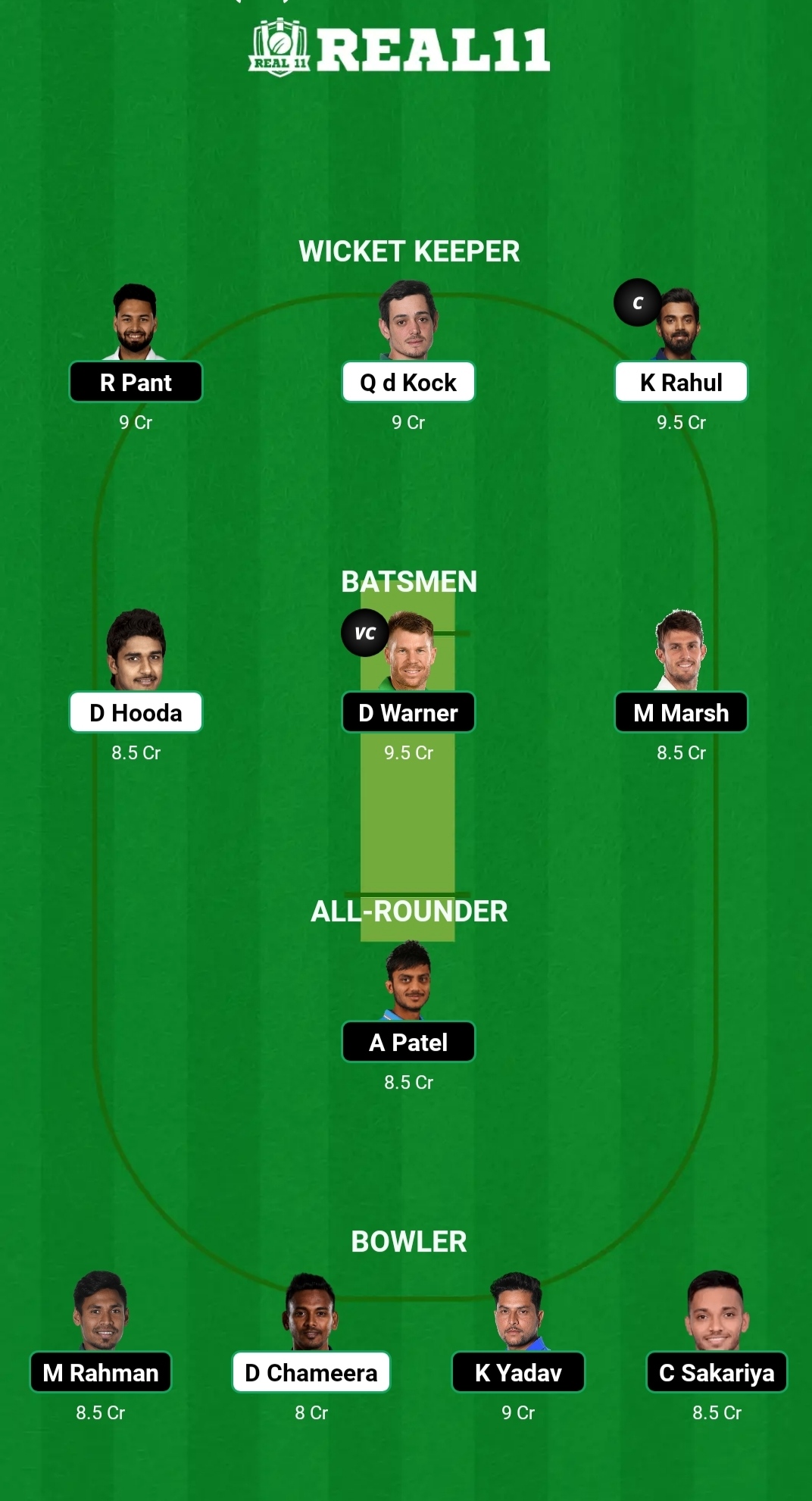 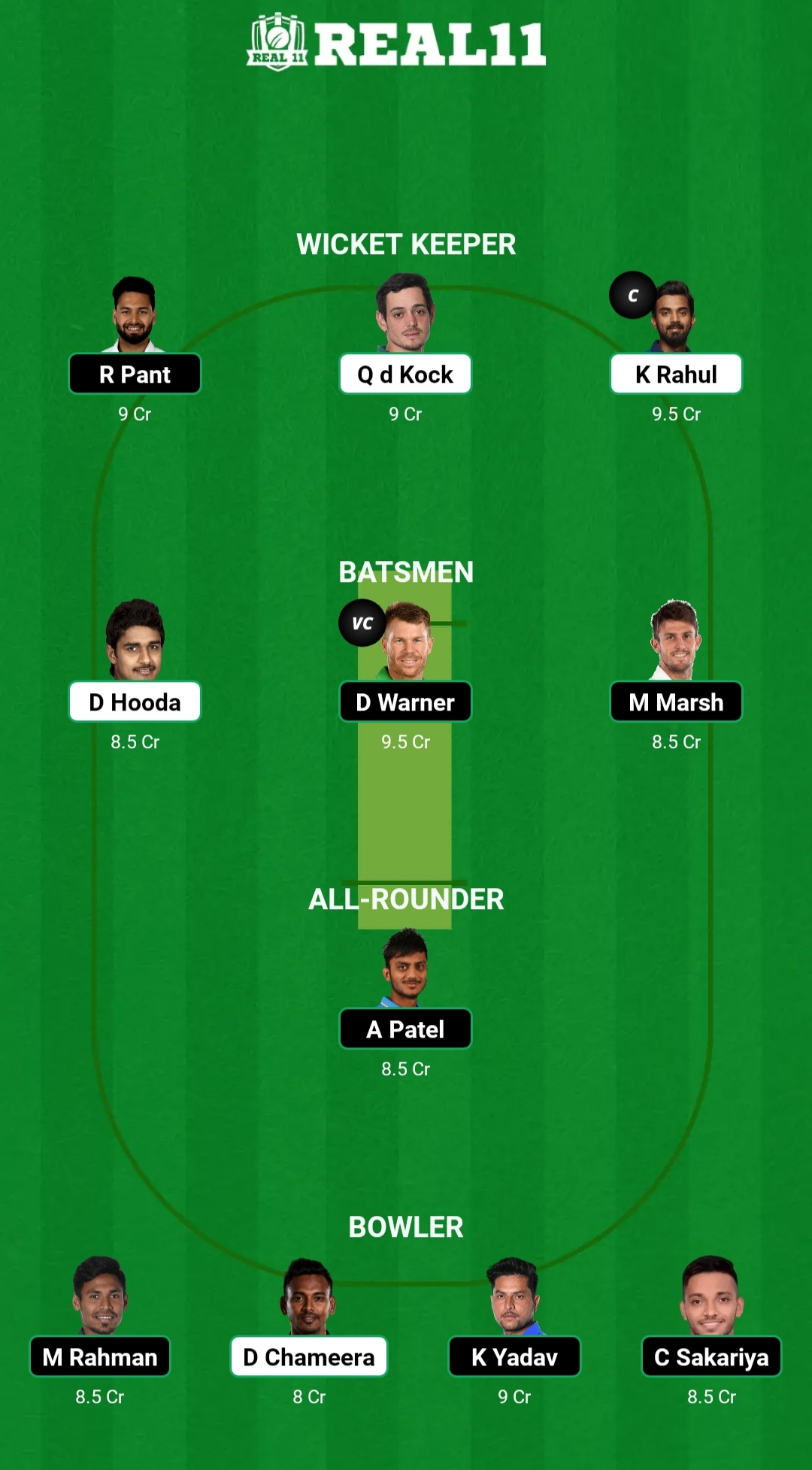