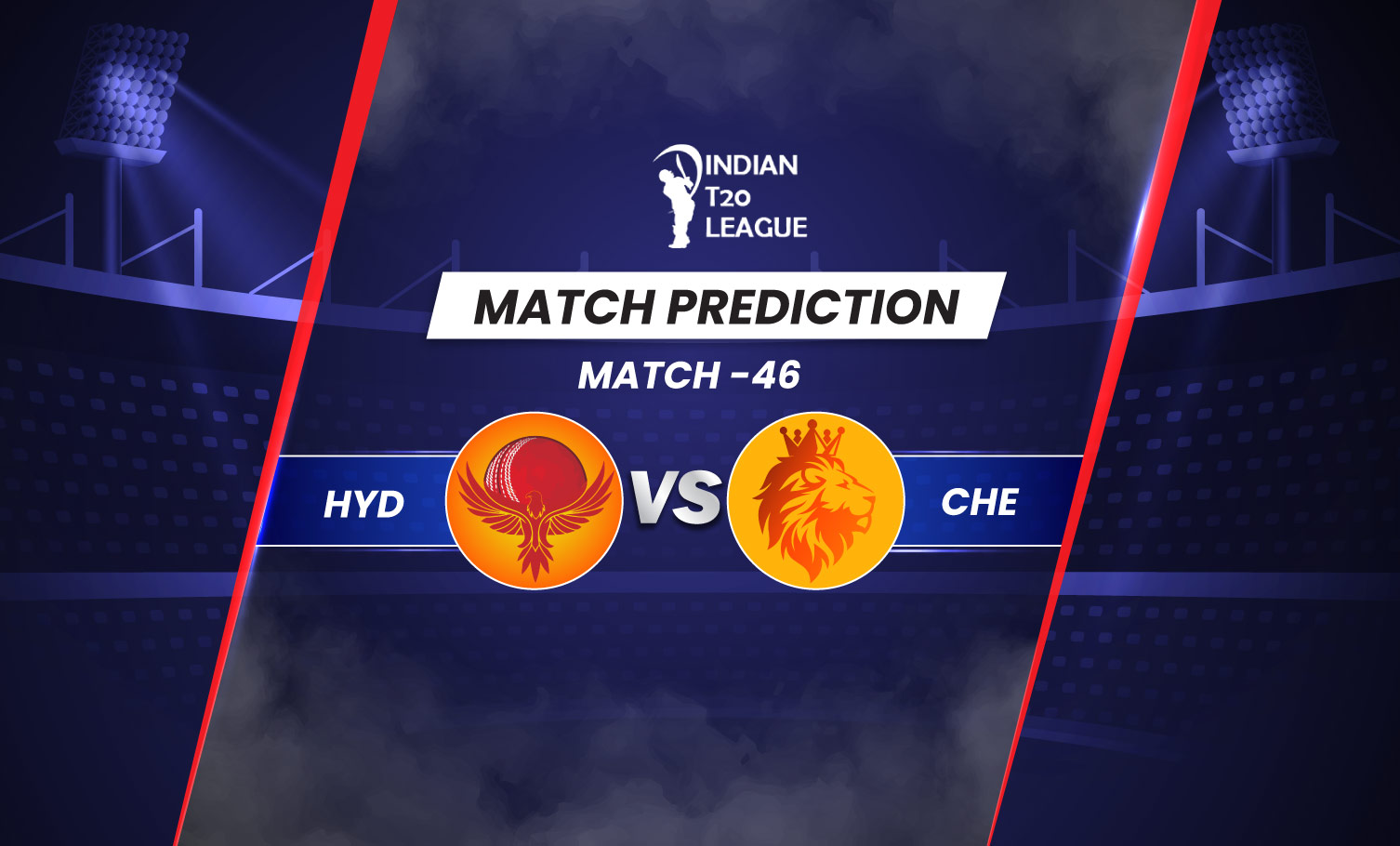 After a brilliant run in the tournament, Hyderabad lost their first match in six games when they took on Gujarat. Chennai, on the other hand, are having an ordinary season with very little hopes to qualify for the playoffs of the tournament. They need to turn their season upside down, win all the matches remaining and only then can they think about their future.

The defending champions are simply not in form. Like, none of their players are playing well and only performing in bits and pieces. Ambati Rayudu played a special knock in the last match while Mukesh Choudhary is doing well with the ball in his hand. Dwayne Bravo has been okayish while Rituraj Gaikwad needs to show his class. Ravinder Jadeja’s form is a big concern and the time has once again come when the entire team is dependent on MS Dhoni. Shivam Dube started the season hot but has become cold when the team requires his service the most. Overall, the team has the capability to turn things around like Kolkata did in the last year but for that, the team needs to come out of their shell. The team should also replace Mitchell Santner with Moeen Ali.

Hyderabad’s strength has been their bowling. Despite losing Rashid Khan before the season, Hyderabad has done very well to get back their main players like Bhuvneshwar Kumar, T. Natarajan and retained Umran Malik. Umran took five wickets in the last match and gave away 25 runs in his four. He is all fire at the moment and he will blow hot as he has a dream to represent India in the upcoming World Series. When it comes to their batting, Abhishek Sharma has been really good. No one expected the youngster to be this consistent but he is making a real difference. Kane Williamson’s form is a huge concern but as long as Aiden Markram is in form, Kane can take his time. Washington Sundar also plays a crucial role in the team and Shashank in the last match showed that he can chip in if needed.

The pitch will not change much and 170+ is a good score on this wicket. The ball will swing a bit and create some problems for the top order. Also, batting second will be the obvious choice.

Hyderabad is the favourites to win the match. Chennai will give a lot of fight and can only if they manage to perform in unity. Brilliance from a couple of players will not do the trick.

Umran Malik lived up to his tag of game changer in the tournament. His heroics with ball in hand sealed the game so many times this season. He’s got the pace and the skill to destroy any batting attack and under Dale Steyn’s guidance, the pacer will only get better

Robin Uthappa has been one of the most dependable batters of the Chennai franchise. He is giving Chennai a good start and will be key for them in the rest of the matches.

Abhishek Sharma is having a great Indian T20 League thus far. The opener has lived up to the expectations and is playing consistently well.

Mukesh Choudhary has done well in the recent past but you cannot really depend on him. Based on his form, he should be in your team.

Bhuvneshwar Kumar is our pick for the Risky Captaincy Choice. The swinger will get a lot of help from MCA as it’s an open stadium and with that, he can cause some damage for sure. 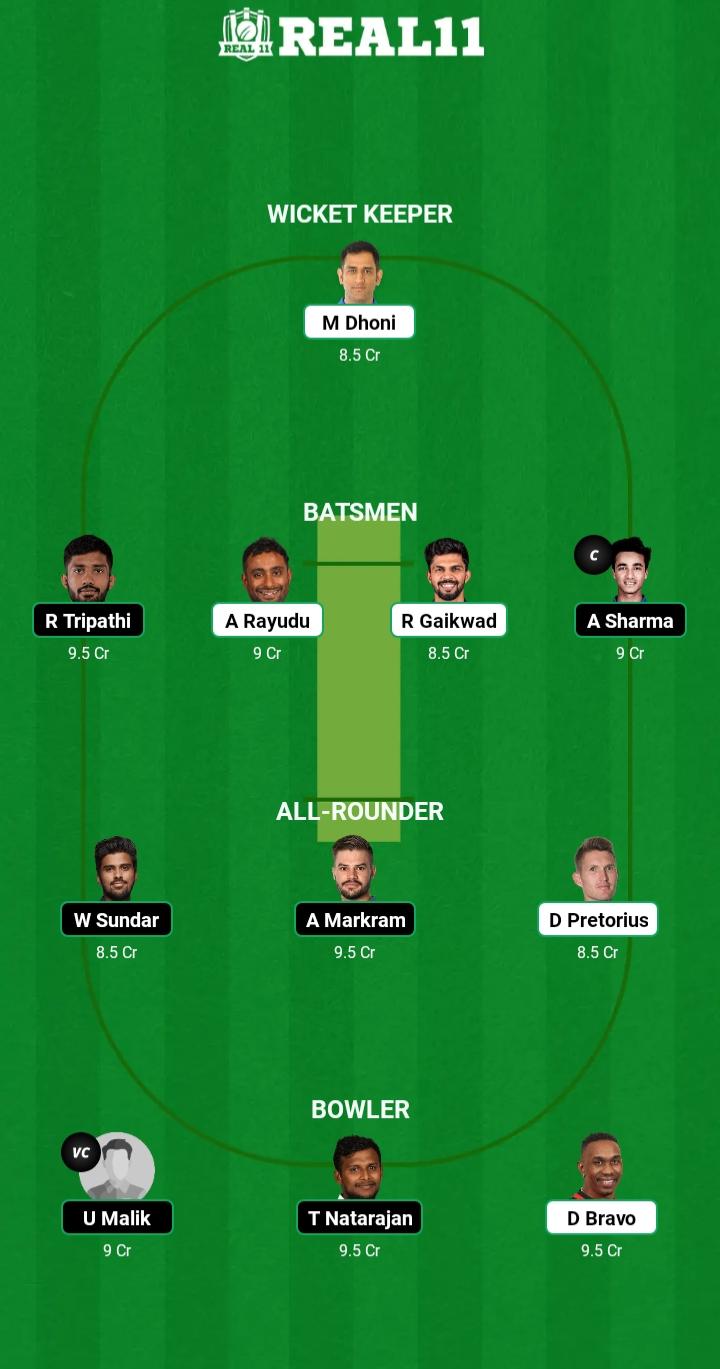 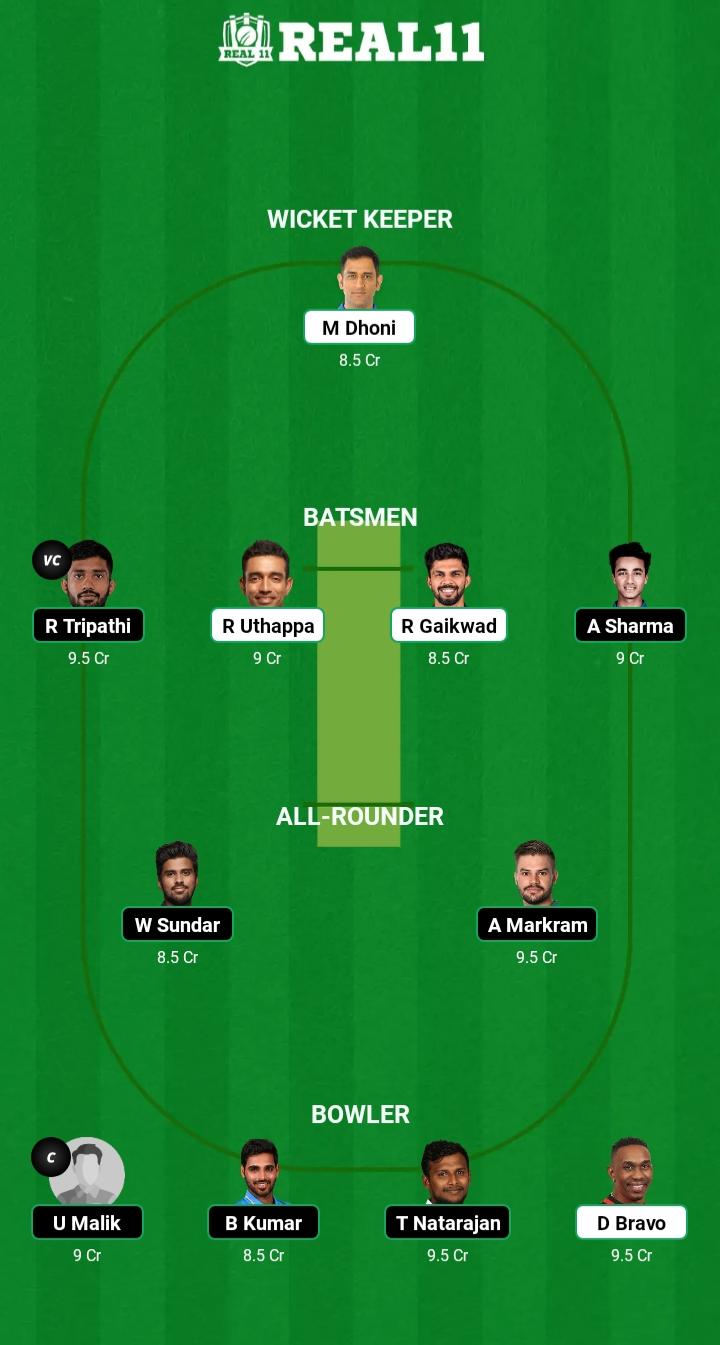