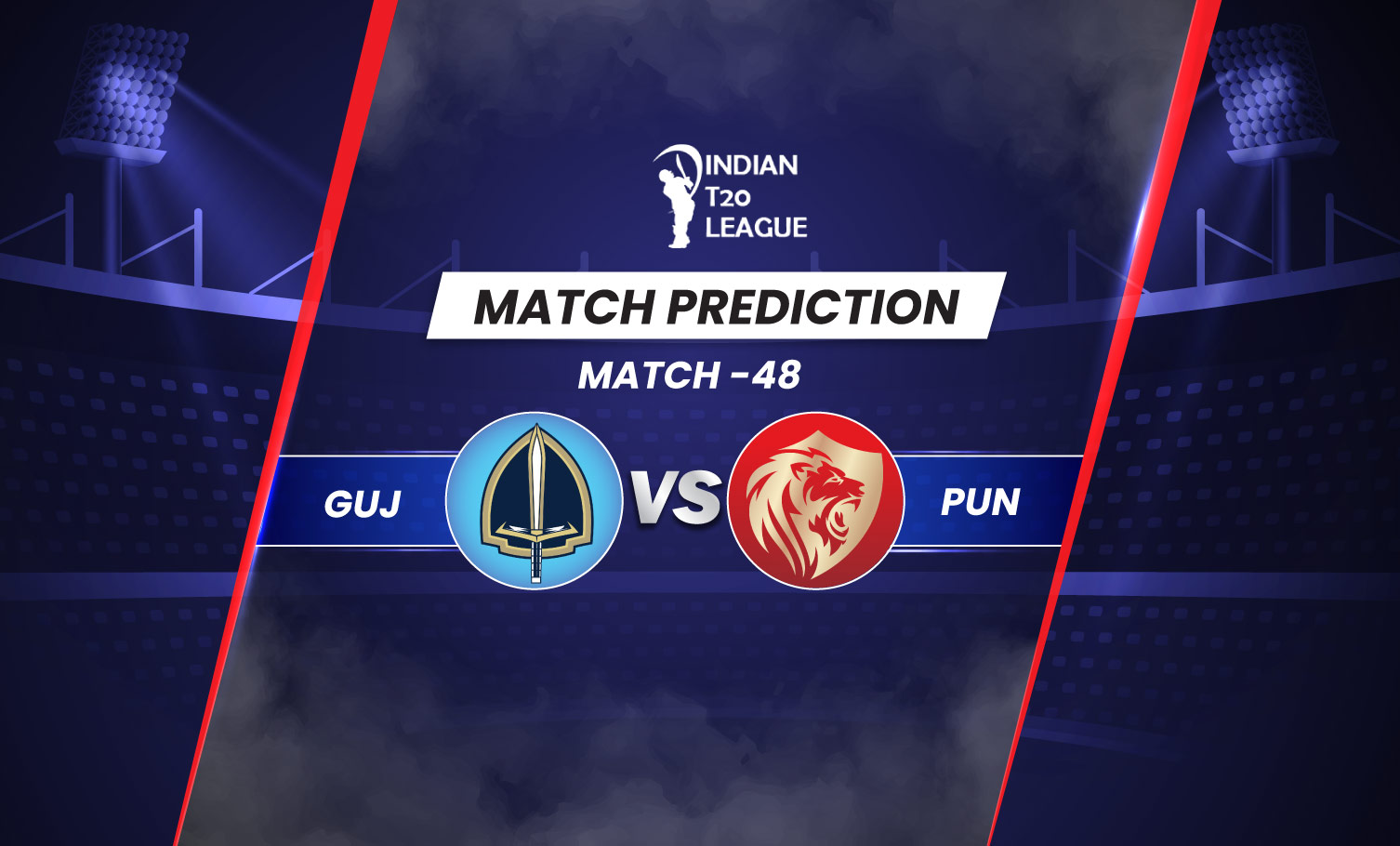 Gujarat without a doubt has been the most consistent of this year’s Indian T20 League. A lot of fans called them lucky but a victory is victory nonetheless. They have lost only one match this season and are one of the teams who have tremendous potential to lift the trophy this year. Punjab on the other hand started the season well but failed to live up to the expectations. However, with a win under their belt, the Kings from Punjab can change things and fight for a spot in the playoffs. For that, they need to win against Gujarat and send a statement that they are here to fight and win!

Talking about Gujarat first, the biggest strength of this team is their unity. If someone fails to perform, the other steps up and gets the job done. Rashid Khan and Rahul Tewatia as finishers have done tremendously well and even Wriddhiman Saha as an opener has done very well. Hardik has been top-notch both as a batter and as a captain and when it comes to bowlers; everything has been sweet from their end. Overall, one team plays well; you do not have enough to say. However, Hardik hasn’t bowled in the last three matches. His fitness was a concern and the fans are worried without that. Rest, everything else is pretty much sorted.

Punjab has been hot and cold this season. The team failed to remain consistent and that’s been the main problem of the team. Too much dependency on Liam Livingstone is a problem and the openers need to set the platform for others to follow. It’s high time for Bairstow to join the party. Else, the Englishman is on the verge of getting dropped as Bhanuka Rajapaksa has done enough to solidify his position in the team. Arshdeep has been brilliant with the bowl and so is Rahul Chahar. The problem is Kagiso Rabada’s inconsistency. The team needs to come together and fight. Else, it will be another such year when Punjab will miss the playoffs despite having a huge amount of money to spend in the auction.

Bowlers will be punished if not bowled in the right areas. It’s a paradise for the batters but spinners can derail them. One side of the ground is really small and thus expect a lot of runs. 170+ will be a safe score on this ground.

Expect an evenly matched contest between bat and ball. Gujarat are just a notch ahead of their opponents in terms of current form. We back them to win the game and extend their winning streak to 6 games

Hardik Pandya is having a dream season thus far. The Gujarat skipper is finding the middle  of the bat and is scoring runs consistently.

Wriddhiman Saha has seemed to find his mojo back. He is looking solid at the top of the order. With two 30+ scores on the trott, we fancy him to do well in this game as well.

Shikhar Dhawan has been Punjab’s main man with bat in hand. The southpaw has amassed 307 runs at an impressive strike rate of 132.45.

Liam Livingstone is one of Punjab’s star players this season. He is in rollicking form and we expect him to continue his dream run.

Pradeep Sangwan is our risky captaincy pick for this game. The speedster made a promising start to his 2022 campaign, picking 2 wickets in the last game against Bangalore. 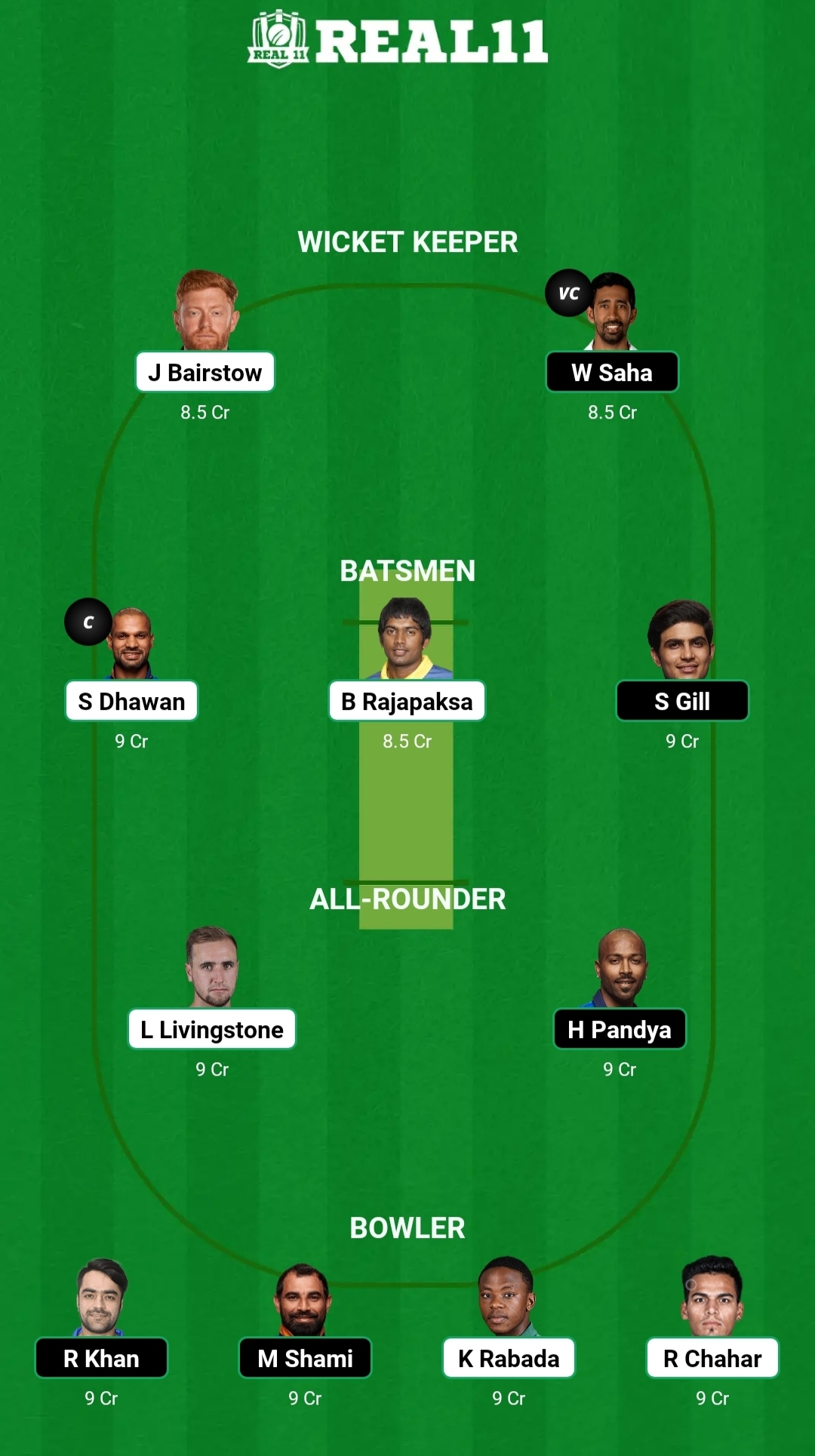 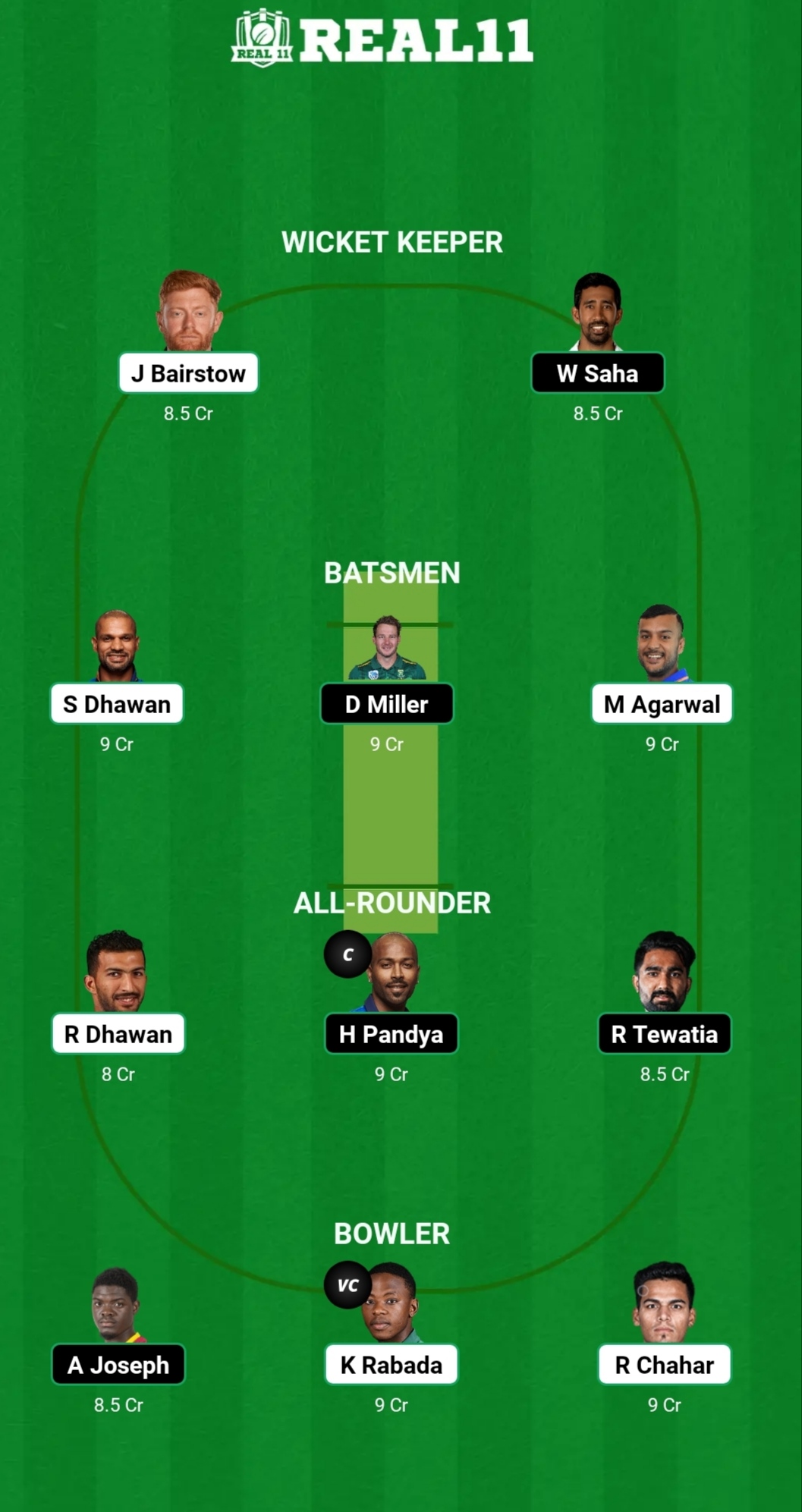