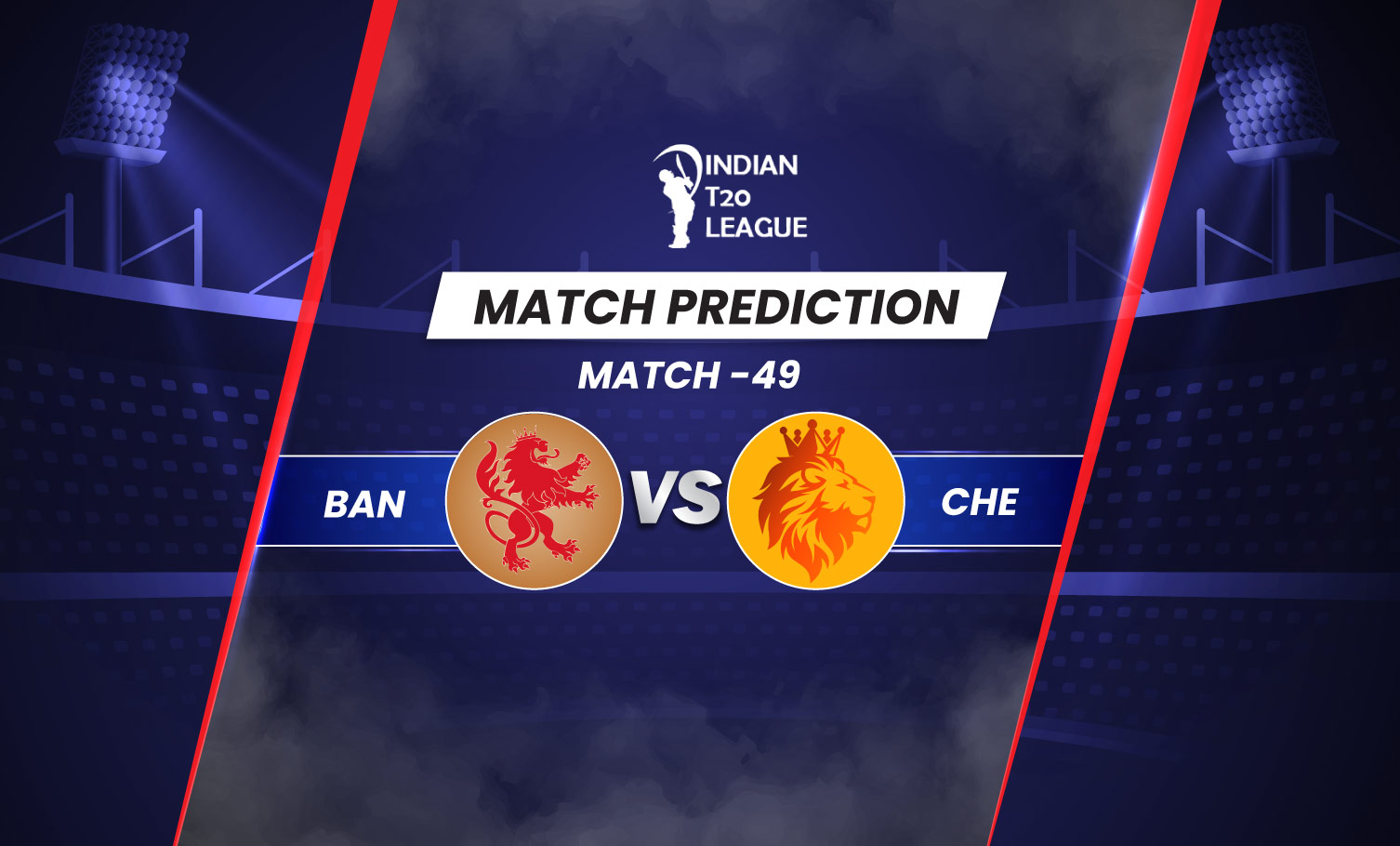 Two of the most popular teams in the Indian T20 League will go hard against one another with the hope to get an inch closer to the playoffs spot. Now, Chennai who is second bottom in the table will naturally have a difficult road to the playoffs but the good news is that MS Dhoni is back as the captain of the side and under his belt, Chennai won emphatically in the last match against Hyderabad. Bangalore on the other hand, has lost a bit of momentum in the middle. After a good start to the season, they have lost all their last three fixtures and are currently 5th in the table with 10 points from 10 games. The pressure is there and they have to win in order to stay in the race. Same goes for Chennai who have 6 points from 9 games.

The key to Chennai’s success is Ruturaj Gaikwad. Last year when he played well, the team went on to lift the Championship and this year, the moment he came back on form, Chennai looked like a different team. The openers need to set the platform and that’s the template for the side. Previously, Faf Du Plessis used to play the same role and in the last match Devon Conway did the same and their foundation to a strong batting unit was built. Robin Uthappa has helped the team on quite a few occasions while Ambati Rayudu has shown that he can do some damage if the team needs him. Shivam Dube’s dip in form might be a matter of concern and so is Jadeja’s but with Dhoni back in charge, one can expect magic. Coming to the bowlers, Mukesh Choudhary has been magnificent. He was trolled and humiliated in the start but today, everyone praises him for the cricket he’s playing. Without Bravo in the side, the young Indian pacer showed a lot of maturity and has done a commendable job. Others can get better and should get better as we are heading towards the business end of the tournament. Chennai needs to improve in terms of fielding as well. Dhoni after the last match expressed his concern regarding the same and things need to change. Chennai used to be one of the best teams when it came to fielding but today, they are a ghost of their past.

Coming to Bangalore, Virat Kohli looked in great touch but the former India skipper couldn’t inspire his team to get the win. Faf needs to get the runs and Dinesh Karthik’s dip in form is also a bit concerning. Shahbaz Ahmad can get better with the bat. The main problem is that the team lacks power hitters. There’s only Maxwell and if he fails, the team doesn’t have the capability to chase a huge total. The team shouldn’t have let Devdutt Padikkal and Yuzvendra Chahal go for sure. Bowlers are not consistent and only Hasaranga has impressed. Harshal Patel has been very poor and there’s a lot of room for improvement. Overall, the team can get better and needs to get better for the team to qualify for the playoffs and then to win their maiden trophy.

As it’s an open ground, swingers will get a lot of help. Dew hasn’t really played a part in the last few matches but bowling first will be an ideal choice on this pitch. Anything above 175 will be a good score on this pitch.

Chennai will be favourites when they take on Bangalore at MCA. Chennai has the form and the momentum which can help derail Bangalore’s momentum. Kohli’s form can also decide the fate of the match.

Rajat Patidar has scored some decent runs in the last match. He is someone you can back as he has the potential to play like Rahul Tripathi. Once he gets the start, he is a tough nut to crack.

Ruturaj Gaikwad has seemed to find his mojo back. He is looking solid at the top of the order. With 99 in the last match, Ruturaj has a lot to offer and he can create a difference and help Chennai reach the playoffs this season.

Wanindu Hasaranga has been Bangalore’s main man with the ball in hand. The spinner already has 15 wickets in his bag and has proved to be a key player for the team.

Mukesh Choudhary is one of Chennai’s star players this season. He is in rollicking form and we expect him to continue his dream run.

Virat Kohli is our risky captaincy pick for this game. The former skipper was totally out of form and whatever he tried didn’t work. However in the last match, he played some good cricket and if that’s a sign of returning in form, you can definitely place your money on the King. 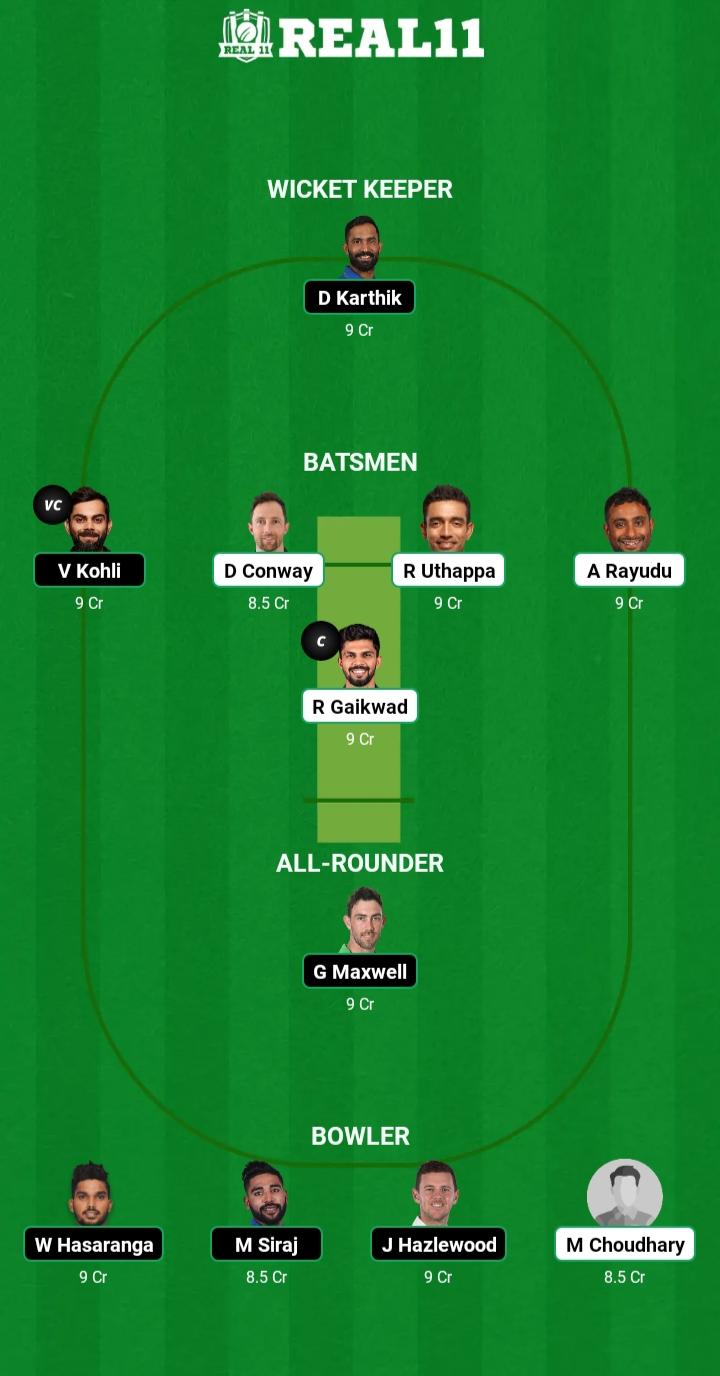 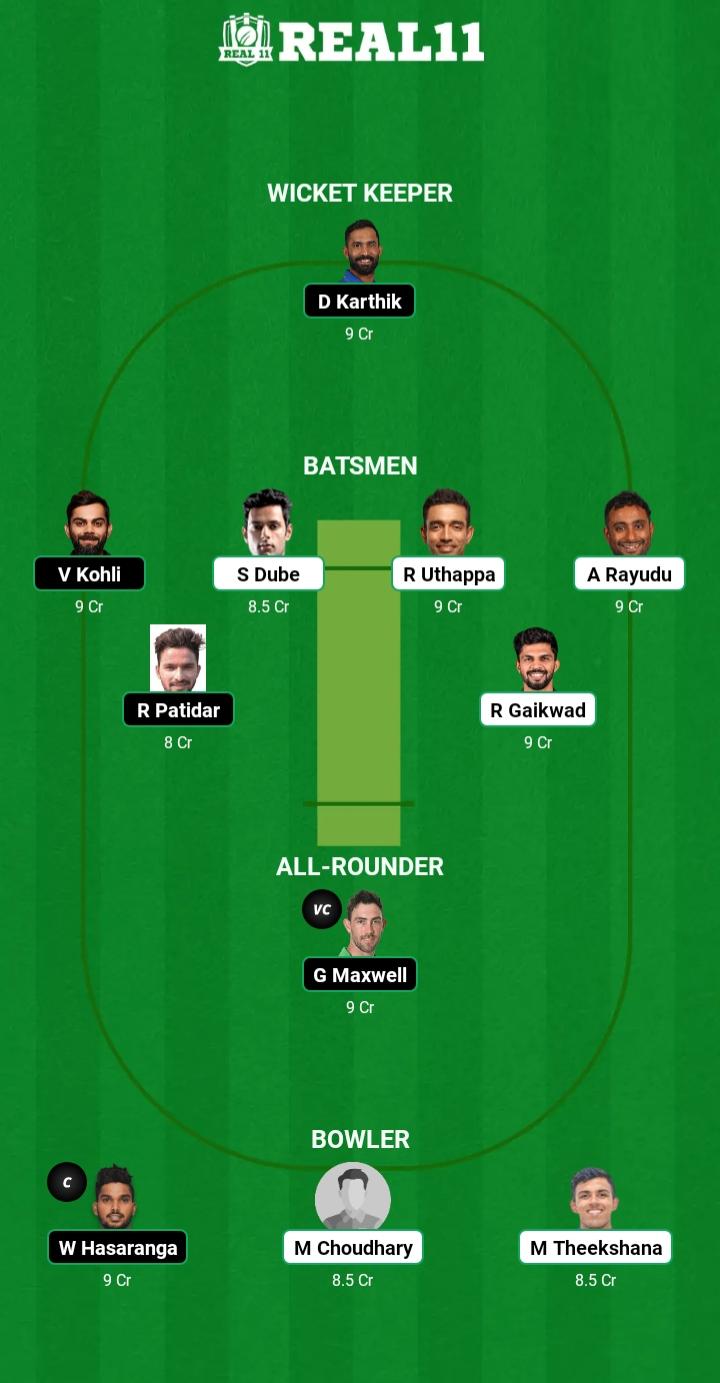