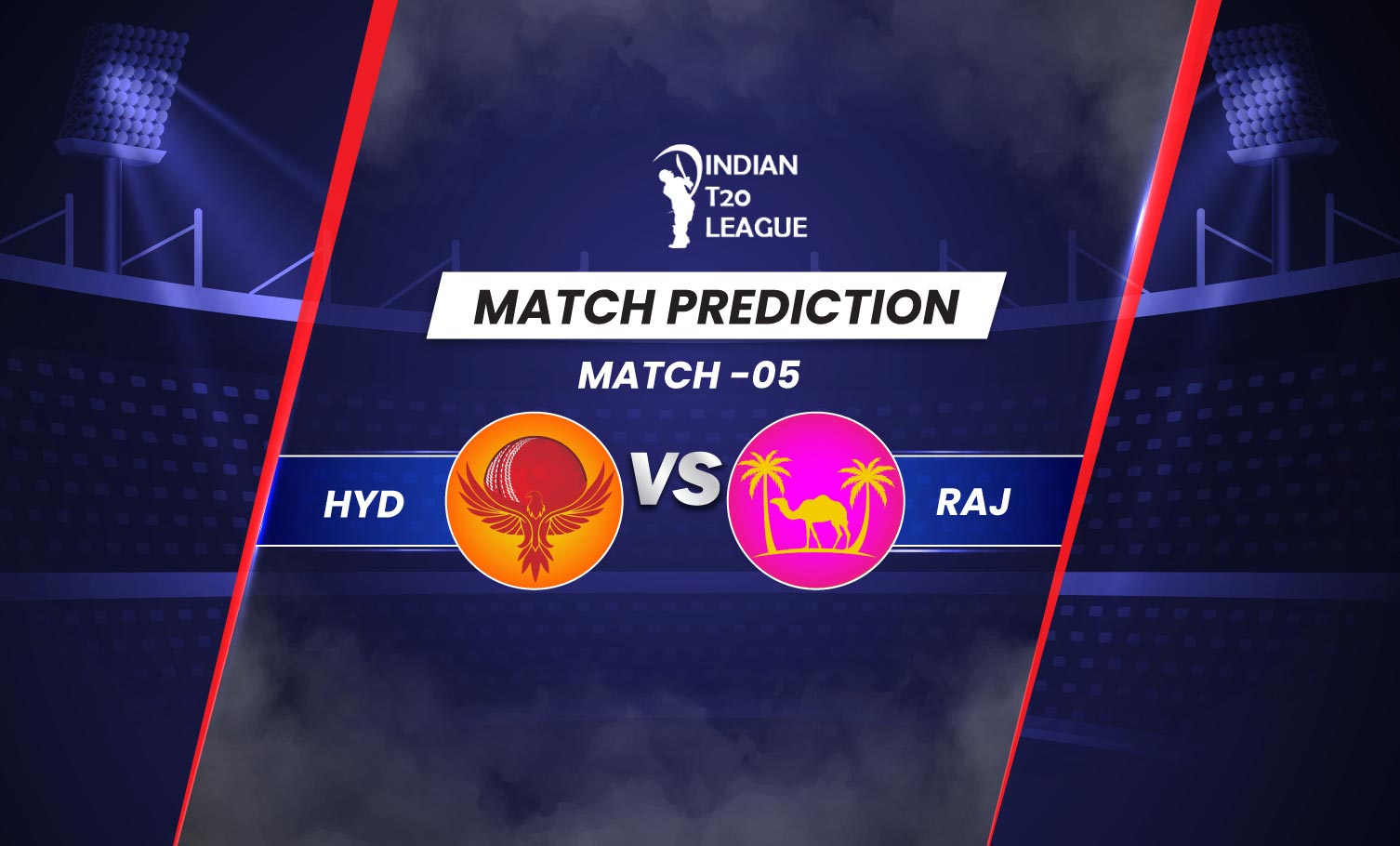 Hyderabad and Rajasthan will lock horns in match 5 of the Ind T20 League 2022 at the Maharashtra Cricket Stadium, Pune. In the clash between the former champions, both teams will aim to make a winning start to this edition. Rajasthan’s batting fortunes will depend largely on their skipper’s form. The extremely talented Sanju Samson has been around the scene for quite some time now but hasn’t lived up to the expectations. He has done well in patches but has failed to maintain consistency. Hyderabad on the other hand will count on their foreign recruits to deliver the goods.

After a torrid 2021, a lot was expected out of the men in orange during the bidding war this year, but it is safe to say that had a poor auction. They roped in too many unproven Indian talents to fill up their bowling unit and purchased only a few overseas specialists to build their batting order. The fact that they do not have a senior standout Indian professional in their batting group could work against them. Aiden Makram and Nicolas Pooran will provide resilience to the middle order, Samad will play the role of finisher whereas Sundar will act as a floating batter but they do not have much experience in their batting department. Marco Jansen will lead the bowling attack for the eagles. He is the only solid first choice frontline overseas quick. Other than him the pace attack has inexperienced Indian quicks. The spin bowling also looks pretty fragile. Besides Sundar and Gopal, there is no quality in their spin attack. Williamson and co seem to have some gaping holes in their lineup which can be exposed against Rajasthan

Rajasthan were placed a rank above Hyderabad at 7 in 2021. With only 5 wins in 14 games, Samson’s troops were inconsistent and substandard last season. This year during the Mega auction they seem to have sorted out their batting concerns. With a good batting lineup, a premium wrist spinner (Yuzvendra Chahal), an Indian quick (Prasidh Krishna) and two top drawer overseas picks other than Jos Butler (Shimoron Hetmeyer and Trent Boult), Rajasthan certainly had a dream auction. They made some fine buys in the form of Russie Van Durssen and Nathan Coulter Nile towards the end of the auction. Only thing missing from the former champions is a quality all rounder. The lower batting order also looks light without a finisher.  Ahead of the crunch encounter, let us have a look at how these squads will fare out in the game

Known to be batting friendly initially, but provide assistance to spinners as the game progresses. Going by the record, chasing teams have an upper hand on this wicket. So, the team winning the toss should look to bowl first.

Rajasthan have a good balance and depth within their squad. We put our bets on Samson and co to open their account and emerge victorious in this encounter.

Kane Willamson is a right handed batsman and skipper of Hyderabad. He will shoulder the batting responsibility for the men in orange. With plenty of Ind T20 League experience, we believe the New Zealander to do well in this game.

Umran Malik can be the pick of Hyderabad bowlers in this game. His raw pace and aggression can cause trouble to the Rajasthan batters.

Jos Butler is a proven match winner. For years, he has been Rajasthan’s key player with bat in hand. The dashing wicket keeper batsman has the ability to score runs at a brisk pace.

Prasidh Krishna is a right arm medium bowler known for his accuracy and pace variations. He mixes his pace quite well and thus can ask some questions from the Rajasthi batsmen.

Riyan Parag has struggled with his timing recently. He is not in the best of forms lately and we think he can prove to be a huge risk if you put him as the captain of your fantasy team 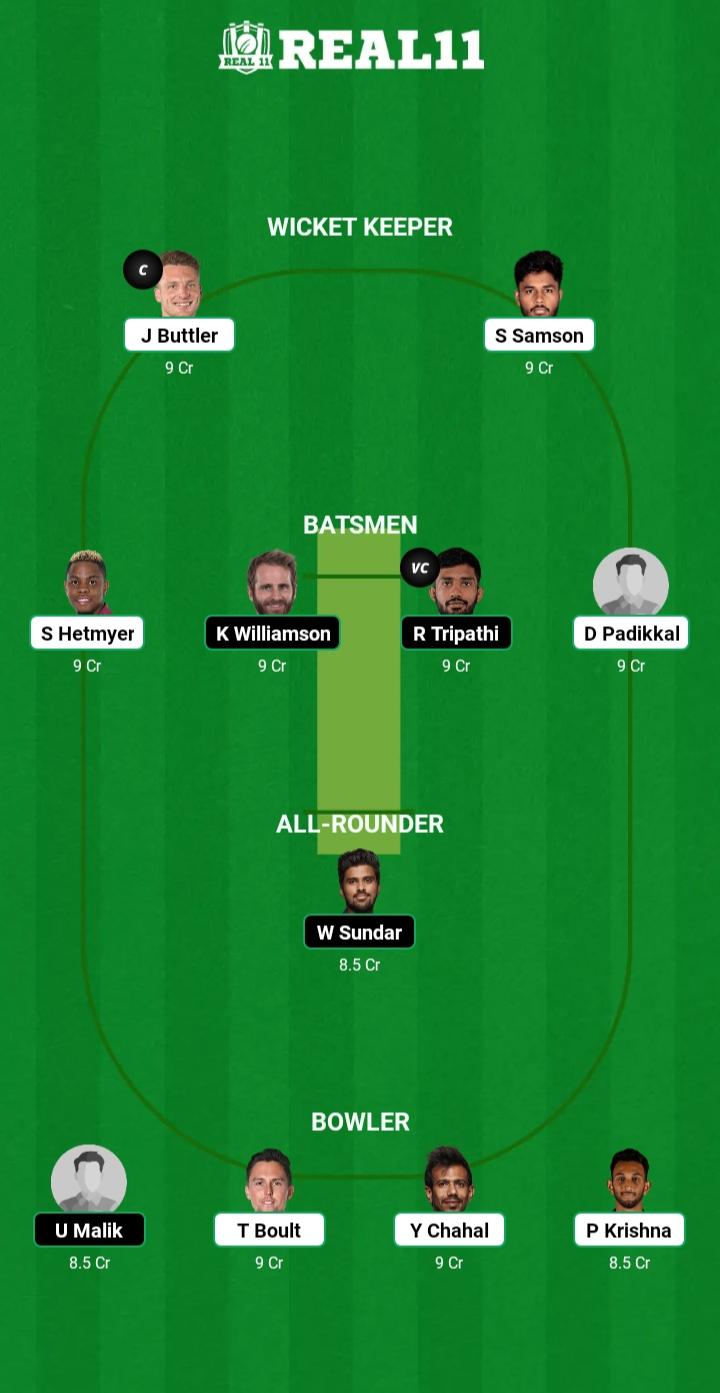