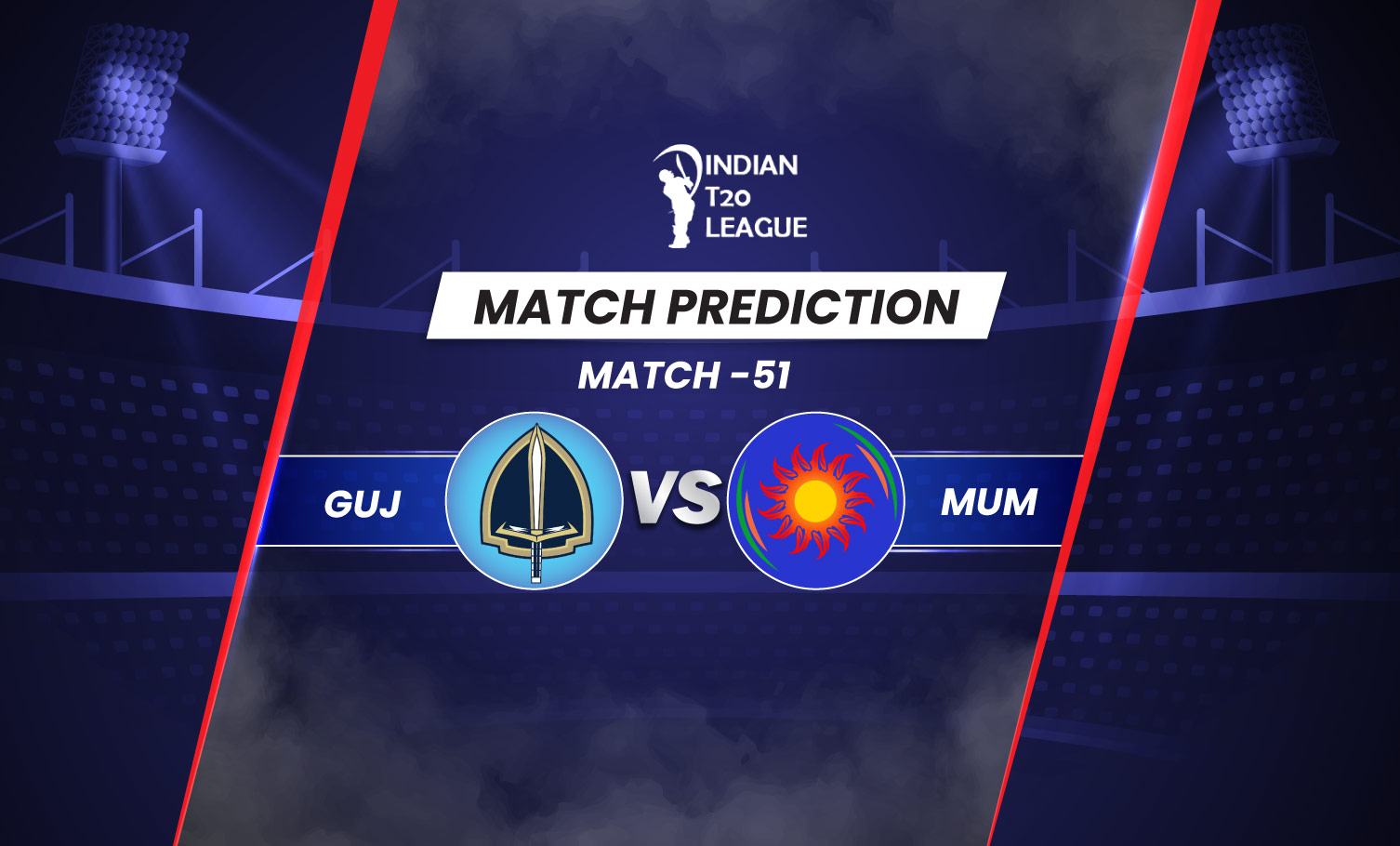 After winning their first game of the season Rohit Sharma and co will be eager to carry the momentum but will face a stern test in the form of Gujarat. The two teams will go toe to toe in match 51 on Friday at the Brabourne Stadium, Mumbai. With a solitary win in 9 games the five time champions are languishing at the bottom of the table. Gujarat on the contrary are positioned at the top of the league standings with 16 points to their name.

Mumbai finally snapped their 8 game losing streak with a 5 wicket win over Rajasthan. The discombobulated Mumbai side eventually came good and played as a unit in their recent fixture. After electing to bowl first the men in blue restricted Rajasthan to 158. Shokeen and Meredith picked two wickets apiece and kept the opposition batters in check. In reply Mumbai comfortably chased down the target with 4 balls to spare. Suryakumar continued his dream run with bat and hand and scored yet another half century to help his side get over the line. Mumbai put together a complete performance to open their tally. They will hope to do more of the same in this game. However, the skipper's woeful form is still a matter of concern. Rohit Sharma has just amassed 155 runs in 9 games at a poor average of 17.22. Sharma needs to fire on all cylinders and get some runs under his belt to boost his confidence.

Gujarat is a team to beat this season. Unlike their competition, Gujarat have been unscathed thus far. Hardik Pandya has led his troops wonderfully well and put them in the drivers’ seat. One of the pivotal reasons behind Gujarat’s success is the role clarity and team construction. Each one of them within the squad have a clear understanding of their role as a result play their part to perfection. Batting department has the likes of Pandya, Saha and Miller who have made invaluable contributions. In the bowling prowess Gujarat boasts one of the most menacing pace trios in the form of Shami, Ferguson and Joseph. On top of that they have Rashid Khan who without a doubt is their star player. His skill as a top notch spinner is unmatched but this season the 23 year old is also proving his mettle with bat in hand. No wonder he is regarded so highly in this format. Ahead of this tantalising encounter let us have a look at how these two sides will fare out in the clash.

Brabourne will offer a batting friendly pitch and 180 will be a good score here. Batting first will be ideal as the pitch can get slower towards the end of the match. Expect a healthy competition.

A cracking affair awaits us. While Mumbai will look to carry the momentum, Gujarat will be eager to get back to winning ways. Gujarat have their noses ahead in terms of team balance and current form and we fancy them to win this encounter.

Wriddhiman Saha has been a revelation for Gujarat at the top of the order. He has notched up good scores in almost every game he has played thus far.

Rashid Khan is a proven match winner. The 23 year old has so far picked up 9 wickets in the tournament. He can also play fiery cameos down the order which can work in your favour and fetch you good points.

Suryakumar Yadav is Mumbai’s most reliable batter this season. He is in good touch and we expect him to continue on his merry ways.

Riley Meredith has been a good addition to this Mumbai side. The pace bowler took 2 important wickets in the last game. He is quick, accurate and has the surprise to rattle opposition batters with his variations.

Jasprit Bumrah hasn’t had the best of seasons thus far. Mumbai’s strike bowler is struggling to pick wickets and create any considerable impact. But the premier speedster can still not be written off. You can play a gamble by appointing Bumrah as the captain of your fantasy side. 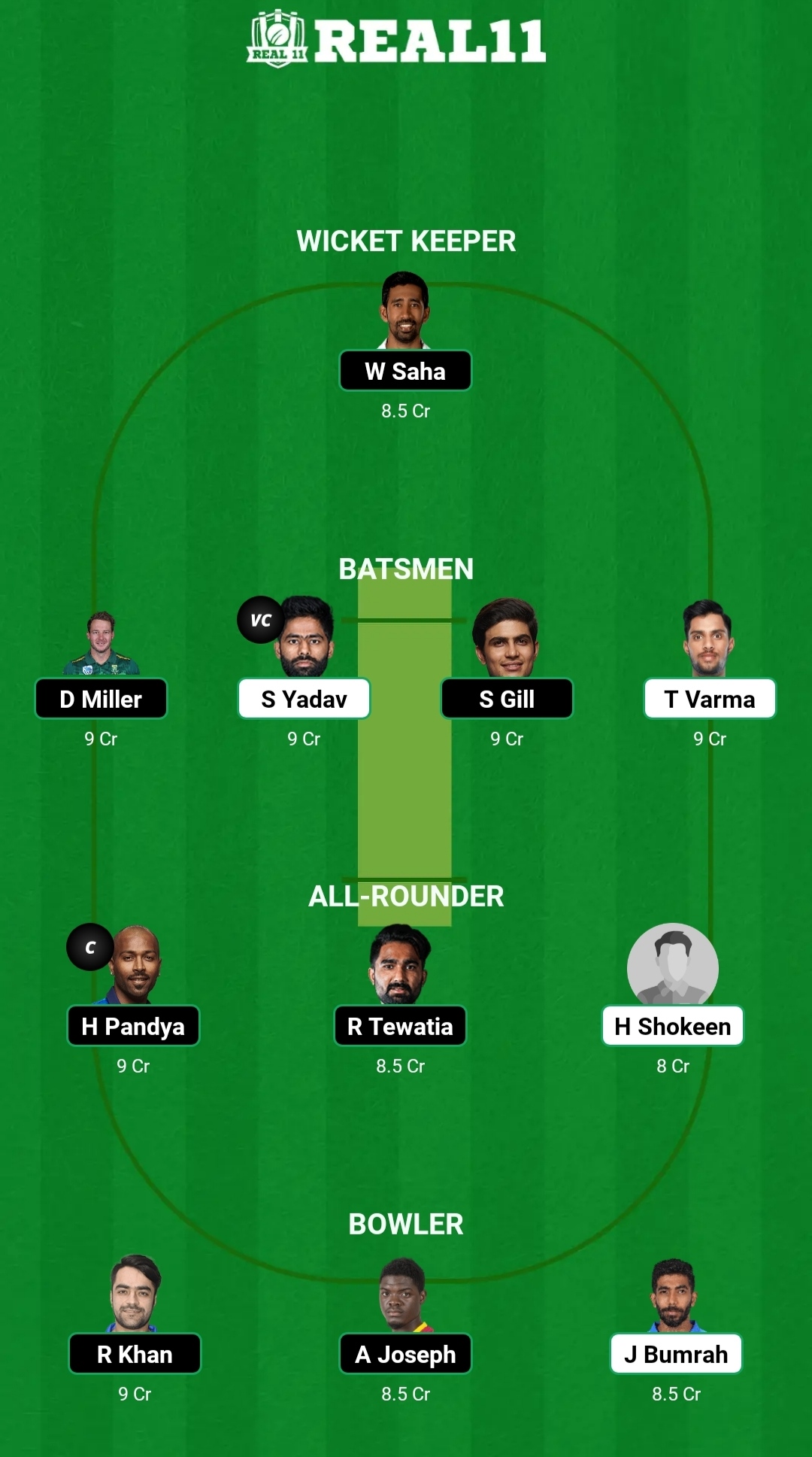 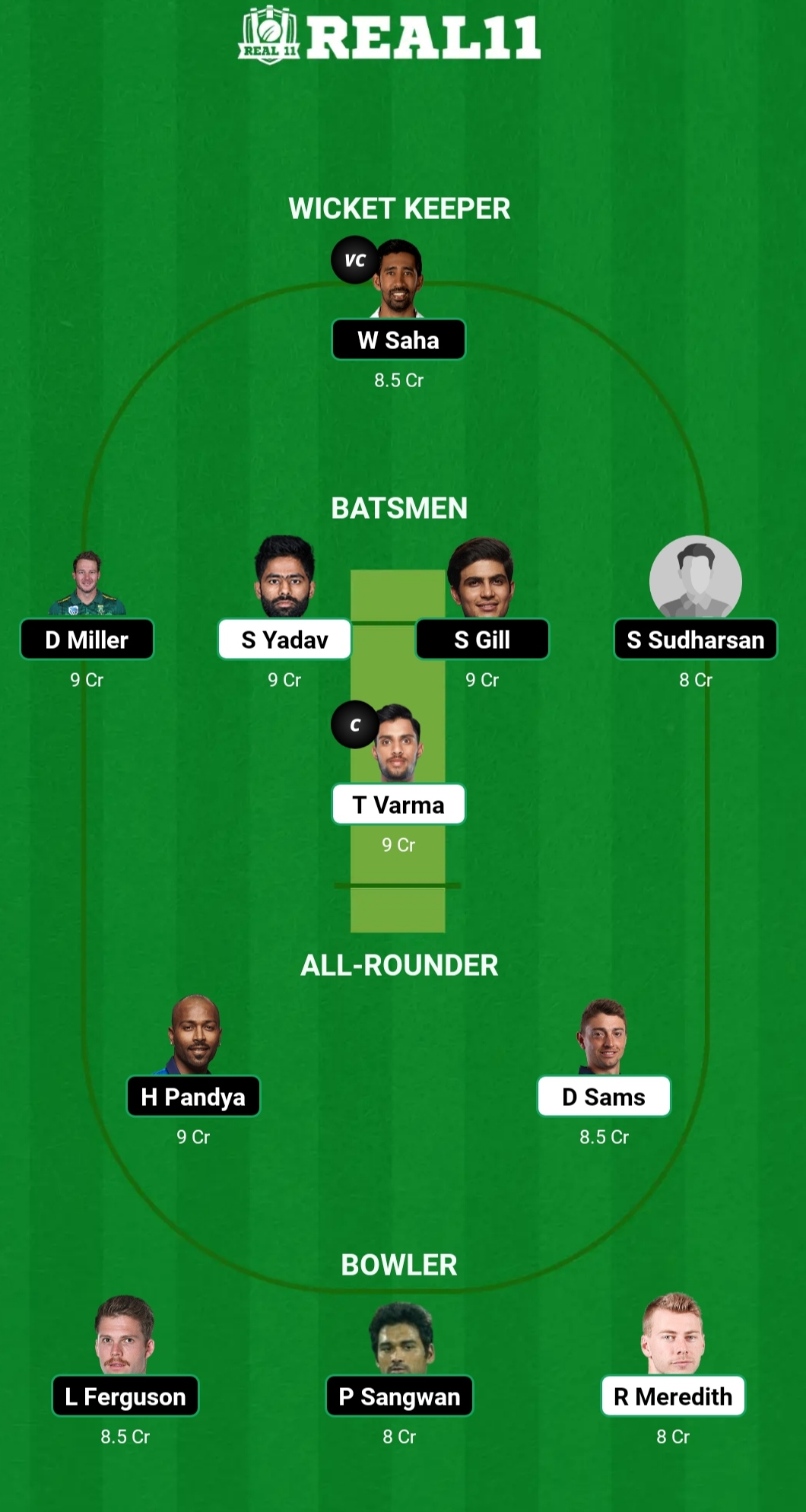