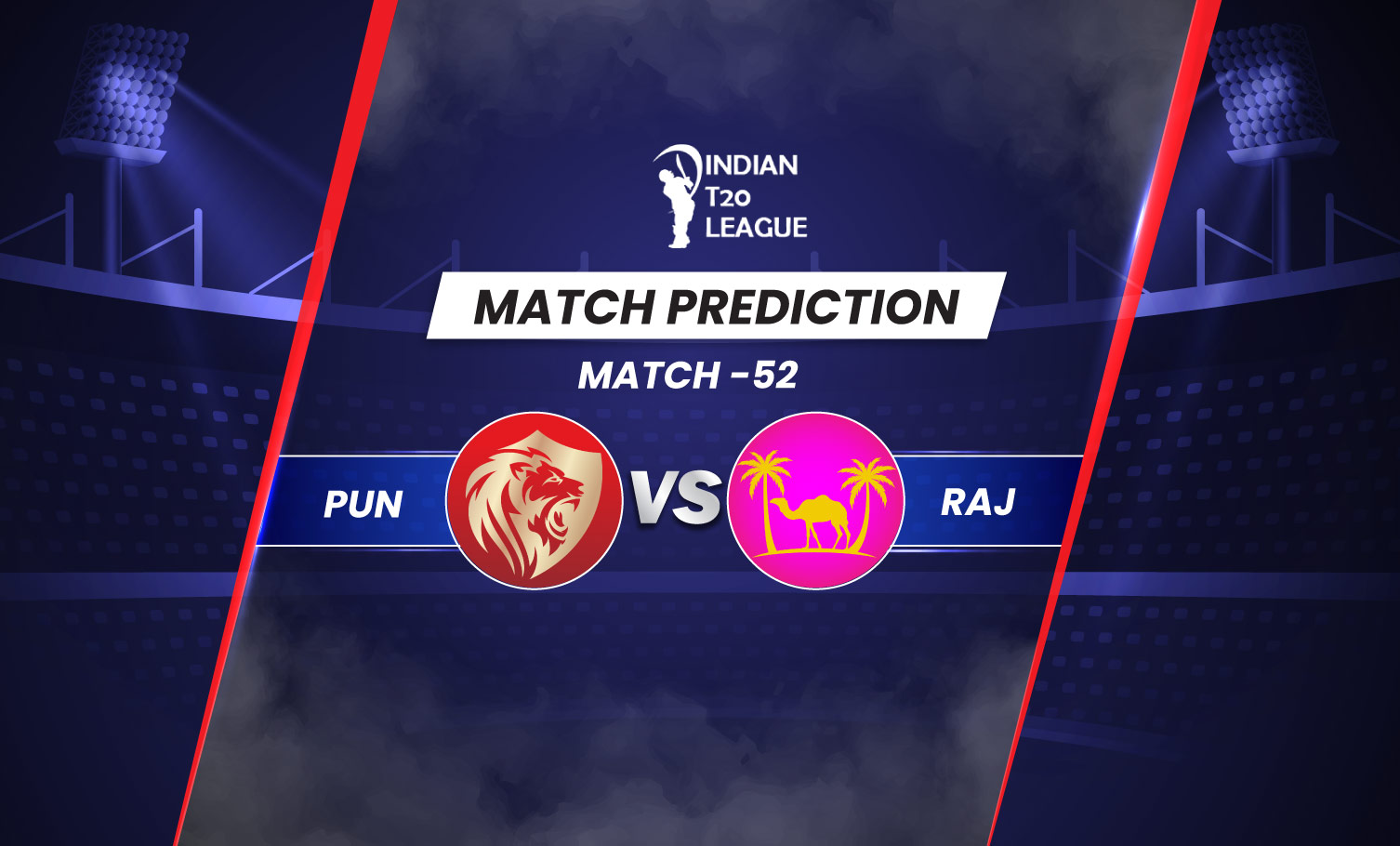 Punjab ended Gujarat’s streak in the last match while Rajasthan, one of the favourites to win the tournament lost their last two matches against Kolkata and Mumbai. In this crucial juncture of the tournament, both these teams will aim to get the job done and qualify for the playoffs. The one who drops the crucial two points might fall out of the race and no one wants to be in that position and thus expect a cracking contest when these two teams take on each other at the Wankhede stadium in Mumbai.

Talking about Rajasthan first, the problem has been both with their batting and with their bowling attack. If Jos Buttler fails to perform, the team is not able to score a lot of runs. Sanju Samson and Shimron Hetmyer are in form but no one is building an innings. Scoring a quick fire 40 or 50 and getting dismissed will not work. They need to build the innings as well. Devdutt Padikkal needs to get back to his form while Karun Nair and Riyan Parag are not fit enough to represent Rajasthan. They are massively inconsistent and might perform once in a blue moon. In T20 cricket, you can’t really perform like that. Coming to their bowling, players are not in form. ‘Form is temporary, Class is permanent’, is the right way to describe their bowling line-up and the kind of bowlers they have, it will not take them a lot of time to get back in form. Once they do, Rajasthan will once again look like the best team in the tournament.

The problem with Punjab has been their consistency. The team depends a lot on the likes of Shikhar Dhawan and Liam Livingstone and if they fail to perform, the team fails to win. Mayank Agarwal, the captain of the ship, needs to lead from the front and take the attack. In the last match, the skipper decided not to open and sent Bairstow with Shikhar. Even after a couple of dismissals, he didn’t come to bat even after he was padded up. Fortunately, that didn’t cost them the match as Punjab won the match against Gujarat. When it comes to their bowling, Kagiso Rabada has been fire. He found his touch a bit late but he can still do some damage and help Punjab qualify for the playoffs. Along with him, Arshdeep has been good, even though he is not picking a lot of wickets. Rahul Chahar suffered an injury in the last match and it’s not sure whether he will play against Punjab. If he doesn’t, that will be a massive blow for the team.

Wankhede will offer a batting friendly pitch and 180 will be a good score here. Bowling first will be ideal as the pitch as batting second is relatively easy at the Wankhede.

A cracking affair awaits us. While Punjab will look to carry the momentum, Rajasthan will be eager to get back to winning ways. Rajasthan have their noses ahead in terms of team balance and ability of the players and we fancy them to win this encounter.

Liam Livingstone has been a revelation for Punjab at the middle of the order. He has given the much needed boost that the team needed and has been their player of the season so far. Be it with the bat or with the bowl, Livingstone is playing some good cricket.

Yuzvendra Chahal is a proven match winner. The 31 year old has so far picked up 19 wickets in the tournament. He can be a real differentiator when these two sides face each other.

Shikhar Dhawan other than Livingstone is Punjab’s most reliable batter this season. He is in good touch and we expect him to continue on his merry ways.

Ravichandran Ashwin hasn’t had the best of seasons thus far. Rajasthan’s spin wizard is struggling to pick wickets but has been economical so far. But the premier bowler can still not be written off. You can play a gamble by appointing Ashwin as the captain of your fantasy side. 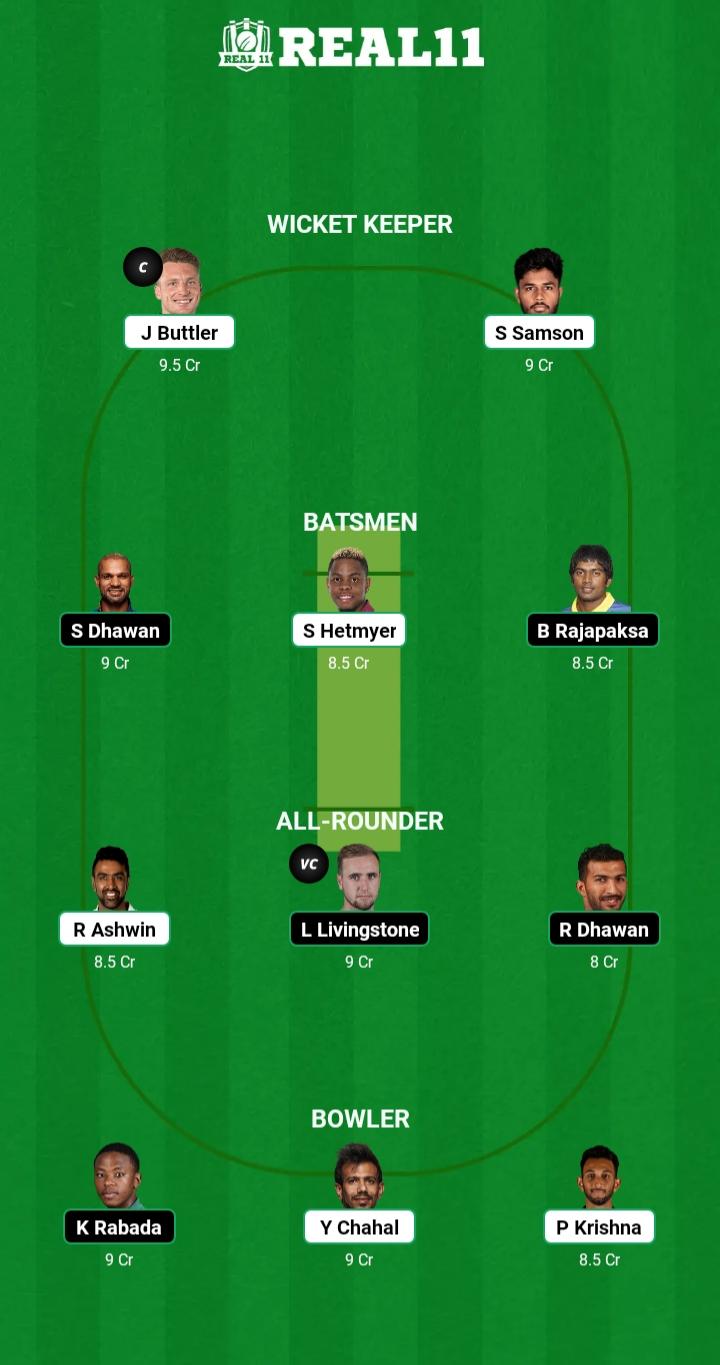 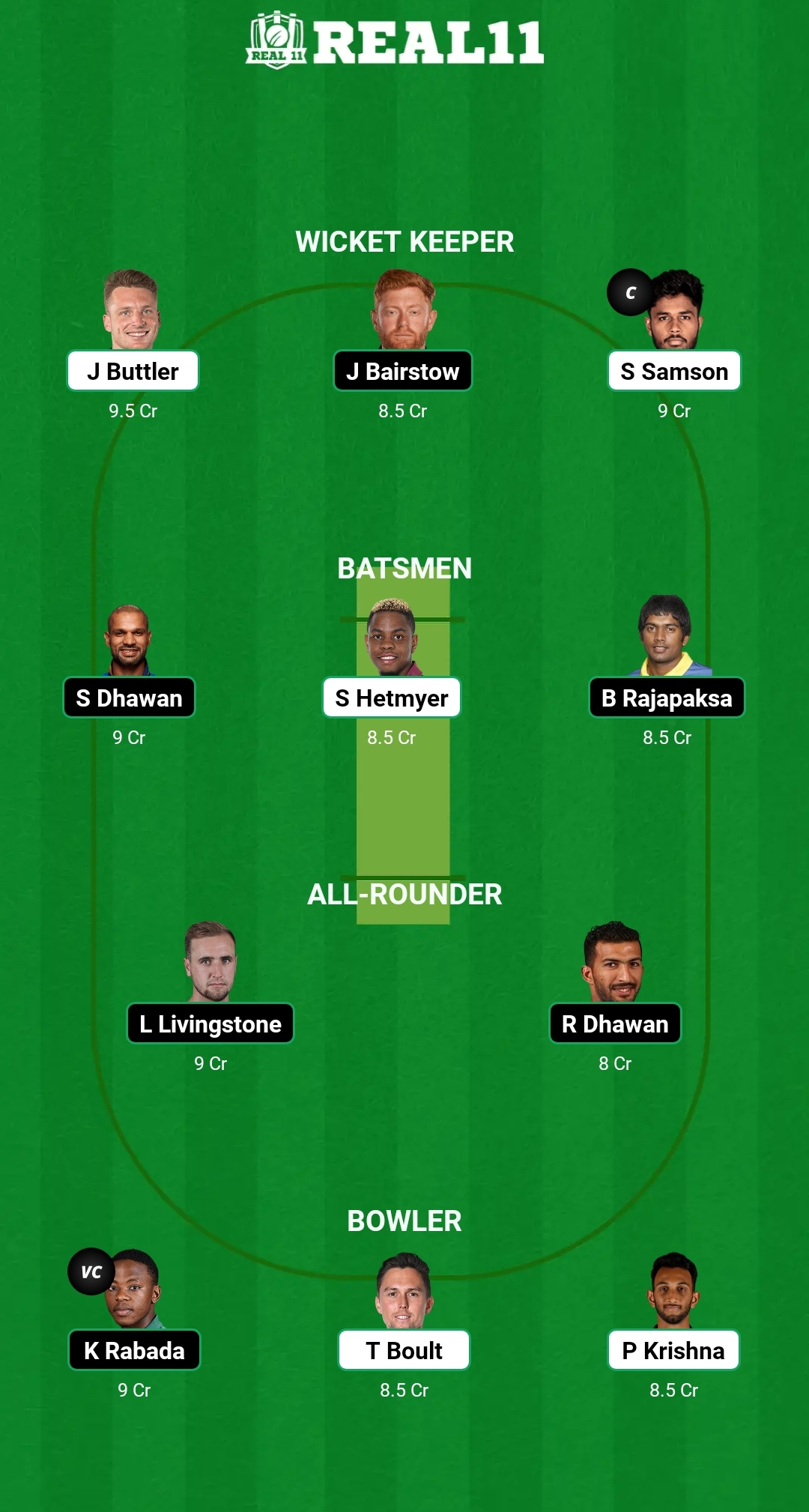