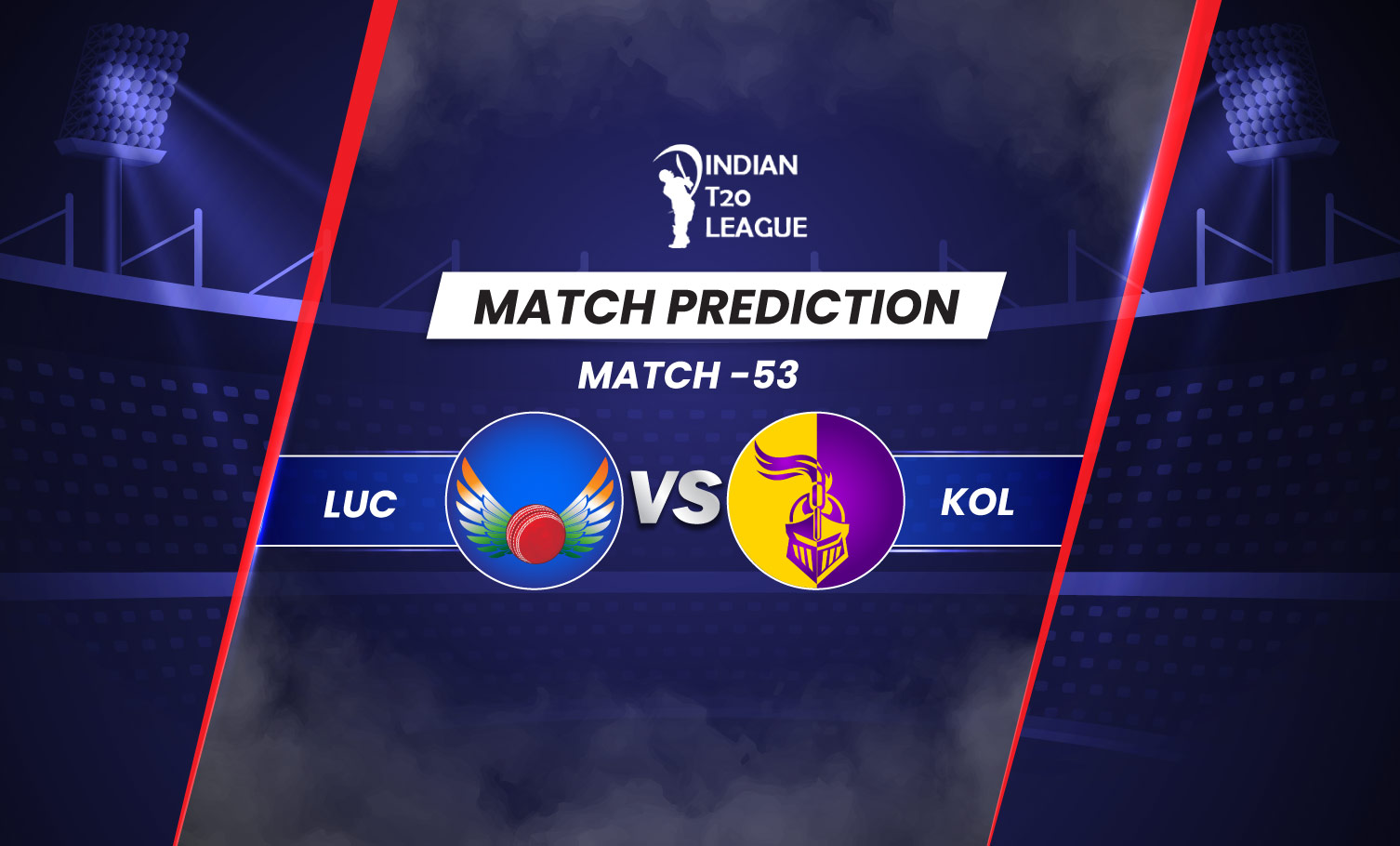 Lucknow and Kolkata will lock horns in match 53 of the Indian T20 League at the Maharashtra Cricket Association Stadium, Pune on Saturday. With 7 wins in 10 games KL Rahul and co have consolidated their position at second in the league standings. They defeated Delhi in their previous clash. Kolkata on the other hand eventually ended their 5 match losing streak with a comfortable win over Rajasthan. The purple army with 8 points are precariously placed at eighth.

Rahul has put together a team which is proficient and able enough to win this season. The team has clicked as a unit and seems to be getting better with every game. In the batting prowess Lucknow has the likes of Rahul, De Kock, Stoinis at the top of the order. Then they possess the firepower in their lower order in the form of Hooda, Badoni and Krunal. Bowling looks potent with Chameera, Bishnoi and Mohsin in the mix. Mohsin has been a good addition to the Lucknow side. The tall pacer has picked 8 wickets in the 4 matches he has played. He took a four-fer in the last game to propel his side to a close win. Overall Lucknow has a  versatile squad with players raring to give it all.

After losing 5 games on the bounce, Kolkata finally snapped their winless streak against Rajasthan. Rinku Singh and Nitish Rana propelled their side to a much needed win in the last game. Shreyas Iyer and co will now look to carry the momentum in this game and induce a favourable result. However despite the victory the men in purple have a lot to ponder upon. They have experimented with different opening pairs but have miserably failed. The usual pair of Iyer and Rahane didn’t enjoy much success at the top and were eventually dropped from the squad.  Kolkata promoted Indrajith to open alongside Finch in the last game only to comprehensively fail. Their bowling also looks fragile without Chakravarty and Cummins. Kolkata would like to fill in the gaping holes before they take the field against Lucknow.

As it’s an open ground, swing bowlers will get a lot of help. Dew hasn’t really played a part in the last few matches but bowling first will be an ideal choice on this pitch. As it is an evening game, dew will come into play. Anything above 175 will be a good score on this pitch.

Lucknow will start firm favourites to win this one. Kolkata however will be riding high on confidence after an assuring win in the last game. Looking at the balance and role clarity within the squads, we put our stakes on Lucknow.

KL Rahul is a must pick. With over 450 runs this season, Rahul is second in the list of leading run scorers. If Kolkata want to win this tie, they will need to get the Lucknow skipper early or else he can run away with the game.

Mohsin Khan was Lucknow’s standout bowler against Delhi. He finished that game with astonishing match figures of 4/16. The lanky seamer is quick, accurate and clever with his pace and length variations.

Umesh Yadav has by far been Kolkata’s best bowler this season. The Indian speedster has picked 15 wickets at a decent economy rate of 7.15.

Andre Russell is a proven game changer in this format. Although, he isn’t in the best of forms lately but it is just a matter of one game. He has single handedly won many games for his side in the past and we expect him to be back at his very best.

Aaron Finch is in terrible form at the moment. The dashing opener is badly struggling with his timing. But this is not the first time we are seeing Finch battling to score runs. He has survived the tough phase many times. Once Finch gets his eyes set, he is very hard to contain. You can take a gamble by assigning him as the captain of your fantasy team. 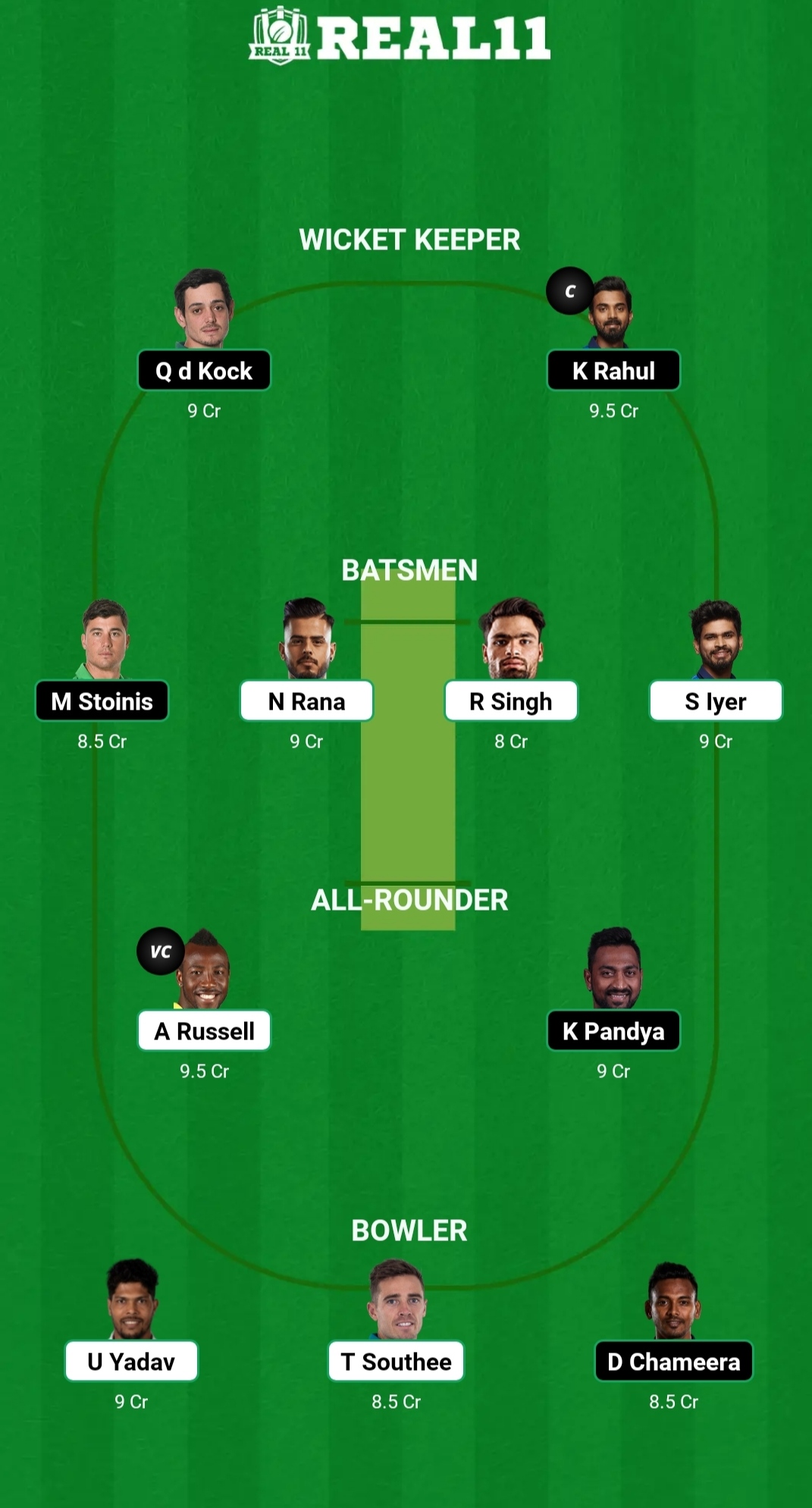 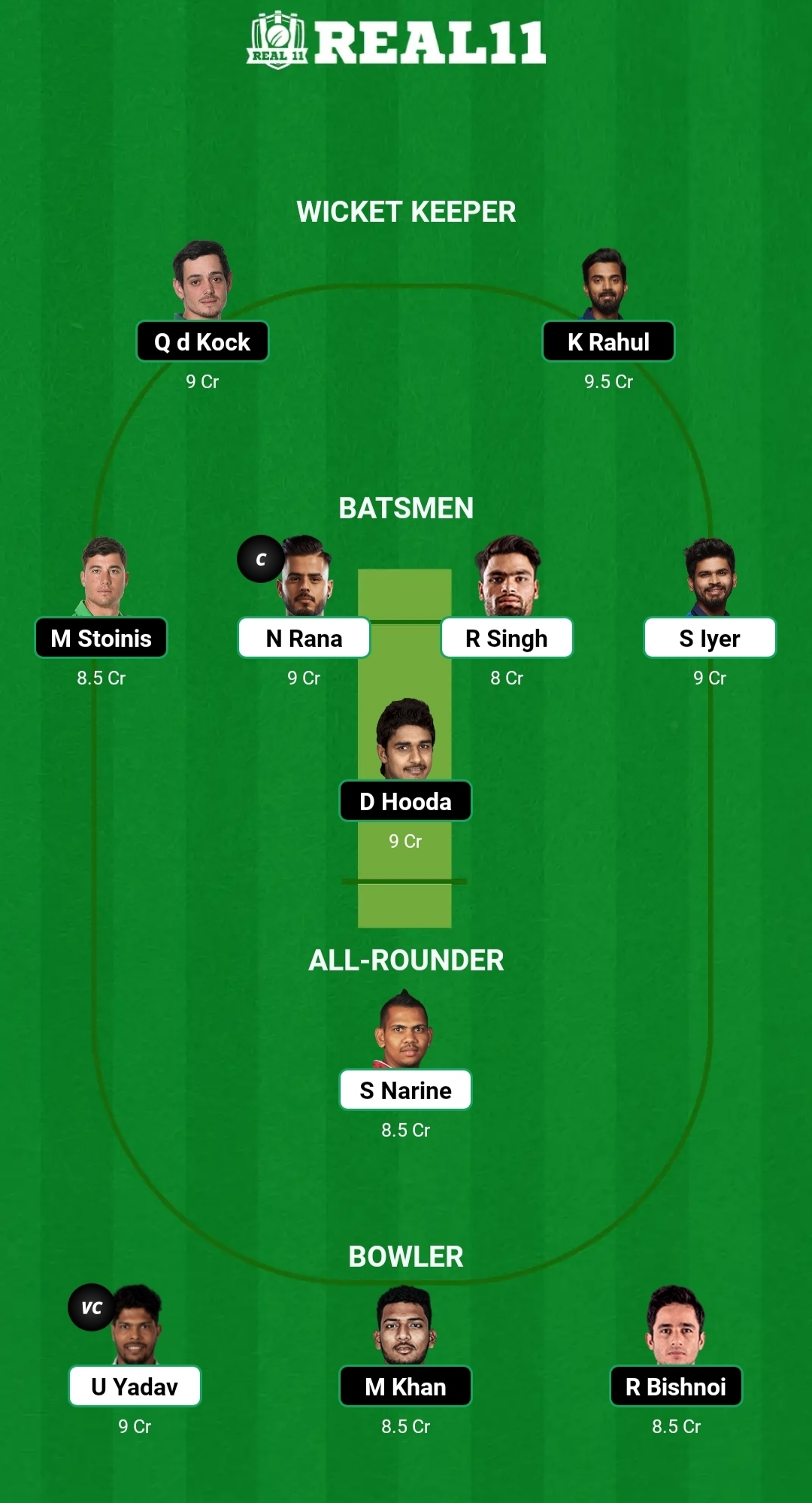