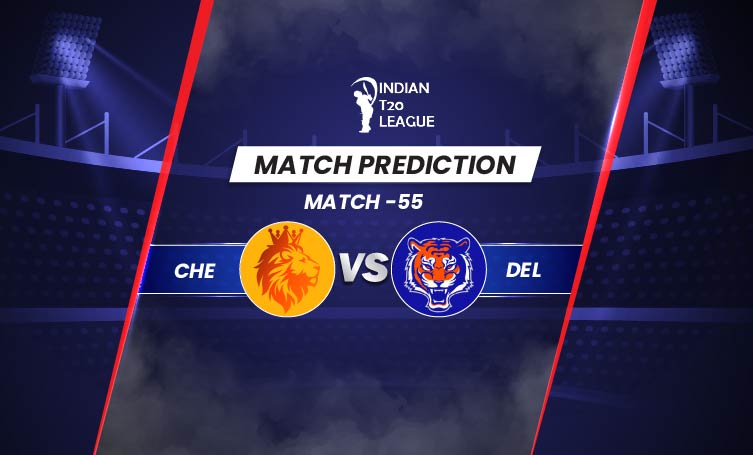 Chennai and Delhi will be squaring off in match 55 of the Indian T20 League at the DY Patil Sports Academy on Sunday. With barely any chance left to remain in the hunt for the title race, the men in yellow would be raring to give it all. At this point they have nothing on the line, so we expect them to play freely without any fear. Delhi on the other hand would be soaring high after a dominant win in their last game. The Rishabh Pant led side defeated Hyderabad by 21 runs to move up to fifth position in the points table.

Not even the great Dhoni could revive Chennai’s sinking ship. Things have gone from bad to worse as the reigning champion lost yet another encounter. The slightest chance the men in yellow had of advancing to the playoff stage has now disappeared after their last loss. They made a hash of a chasable total of 174 and handed Bangalore a victory on plate. Bowling first, Chennai pretty much dominated the game at most times but leaked way too many runs in the last few overs. Bravo’s absence is badly hurting their death bowling which was very evident in this game. Chennai bowlers lacked discipline at the back end and gave away plenty of runs. In reply Chennai started off decently with both the openers getting on the act. The duo however failed to convert their starts and threw away their wickets. From there on the yellow brigade suffered a major batting collapse and eventually fell 15 runs short. If Chennai are to fancy their chances against Delhi they will need to put up a comprehensive all round show.

Delhi battered Hyderabad in their last fixture to enter in the top half of the table. After being asked to bat first Delhi batters went berserk right from the onset. Warner and Powell propelled the men in blue and red to a mammoth total of 207. Hyderabad in reply could only muster 186 runs in their quota of 20 overs. Pooran and Makram made handy contributions with bat in hand but the scoreboard pressure ultimately got the better of them. Khaleel Ahmed was the pick of the Delhi bowlers. He ended the game with match figures of 3/30. After an imposing win in the last, Delhi will be hoping to continue the winning momentum.

Chennai has lost the track to the qualifiers and are now sitting at the second last position in the points table. The rest of the 8 teams are all in the race for the top four spots. Gujarat, Lucknow, Rajasthan, and Bangalore are the current top four teams at the moment.  While Mumbai are eliminated, things are getting tougher for the Chennai franchise.

Now getting into the League, Delhi are on 10 points while Chennai are but eliminated from the season after their loss to Bangalore. Delhi has a chance to get to 12 points and get closer to seal their berth in the Indian T20 league play-offs.

Ruturaj Gaikwad: At the season opener he was not in a good form, but in recent matches under the captaincy of MS Dhoni he performed exceptional, scoring a hopping 99 out of 57 balls against Hyderabad.

David Warner: The australian star batsman has played 8 matches for the Delhi franchise and in his opening season he scored a total of 356 runs with a strike rate of 156.83. He is currently Delhi’s highest rungetter and also the fourth highest run scorer in the Indian T20 League 2022.

Kuldeep Yadav: The Indian china-man spinner is living his dream Indian T20 League so far. He picked up 18 wickets in total this season and is in the second position just after Yuzvendra Chahal in the list of most wicket takers.

Devon Conway is the best choice if you want to step out of the circle and choose a unique leader for your team. He played knocks of 56 and 85 against Bangalore and Hyderabad respectively. He may turn out to be the game changer in the match against Delhi too. So he is a suitable candidate for the role of captain of your Real11 Fantasy Team.