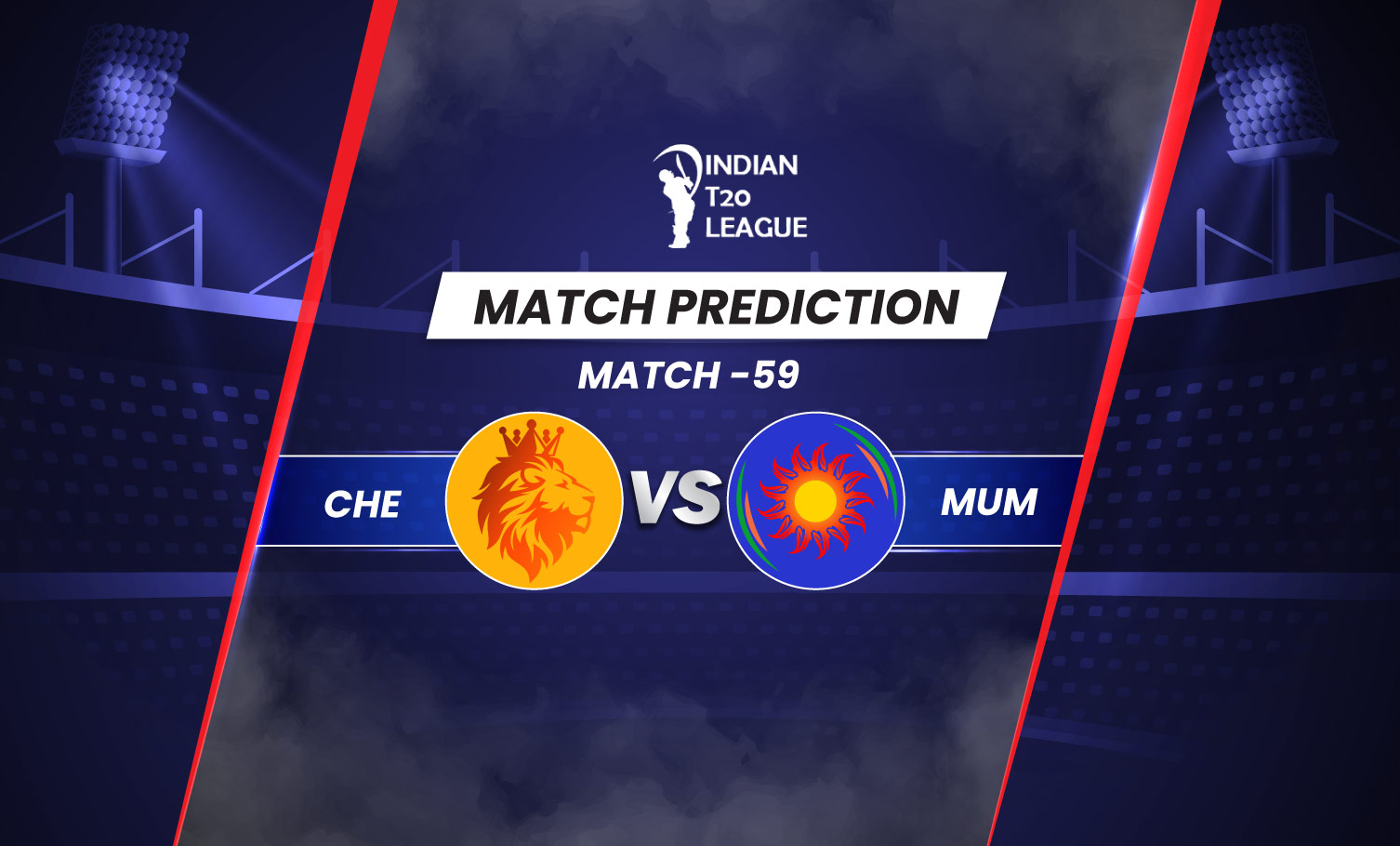 The El Classico of Indian Cricket is back but the situation isn’t the same as one can think of. After a dreadful season filled with disappointments, the last two boys of the league table will face another to bring some joy to the fans. Chennai still have a very thin chance to qualify for the playoffs but in reality, it’s next to impossible. Both the teams will come hard at each other as one win against their fierce rival can rejuvenate their campaign and excite the fans for what is to come.

The defending champions lost seven matches in a row before winning against Rajasthan and Gujarat. However, in the last match, the team suffered another defeat in the hands of Kolkata. The only positive thing that they can take from last match is Jasprit Bumrah’s form. Their bowling line up was heavily dependent on Bumrah but the Indian speedster failed to live up to expectations until the last match. He took a fifer against Kolkata and if he can carry that form for the rest of the tournament, Mumbai can get the result they desire.

Ishan Kishan scoring some runs is also a massive plus point not just for Mumbai but for the entire nation. He is an important cricketer and his name is in the list of probable who will fly to Australia for the T20 World Series. Rohit Sharma can obviously get better while Kieron Pollard is no more the T20 giant that he once used to be. He can prove everyone wrong when Mumbai challenges Chennai at Wankhede Stadium. Chennai without a doubt is his favourite opponent and the big boy from the Caribbean will look forward to the clash.

When it comes to Chennai, it looks like the team has received a breath of fresh air after MS Dhoni took back the captaincy. He brings the positivity that was very much needed. Ruturaj Gaikwad has regained his forma and Devon Conway is playing some superb cricket to help Chennai get out of the position that they are currently in. Sri Lankan spinner Maheesh Theekshana is also playing well and Mukesh Choudhary is doing his best to help his team move to a better spot in the league table. Simarjeet Singh has also done well in the last match and in short Chennai looks ready to take on Mumbai. Ravindra Jadeja’s injury can be the only matter of concern in these happier times.

Wankhede is a pitch where the batters often get that much needed help. It’s a batting paradise and the team batting second will get a lot of advantage. Thus, bowling first will of course be the ideal decision.

It’s a tough call but Chennai might be just a bit ahead of their opponent. Mumbai needs to work as a team and shouldn’t depend on individual performances to get the desired result. Also, the openers need to set the platform for them.

Devon Conway is a must pick. After getting dropped from the team, Conway made a grand entry by playing some good cricket. Once he gets going, it’s very tough to bring him down. Mumbai bowlers will have a tough job to control his aggression.

Jasprit Bumrah is Mumbai’s most important bowler this season. However, the speedster failed to deliver until the last match. If he manages to carry the kind of temperament he showed in the last match, Bumrah can be a gun for Mumbai against Chennai.

Maheesh Theekshana has been one of the best bowlers for Chennai this season. The Sri Lankan spin wizard is taking wickets at a crucial time and the opponent bowlers are not being able to read him properly.

Ishan Kishan is a proven game changer in this format. Although, he isn’t in the best of forms lately but it is just a matter of one game. He has single handedly won many games for his side in the past and we expect him to be back at his very best.

Rohit Sharma is in terrible form at the moment. The Indian skipper is badly struggling with his innings. But this is not the first time we are seeing Rohit battling to score runs. He has survived the tough phase many times. Once Rohit gets his eyes set, he is very hard to contain. You can take a gamble by assigning him as the captain of your fantasy team. 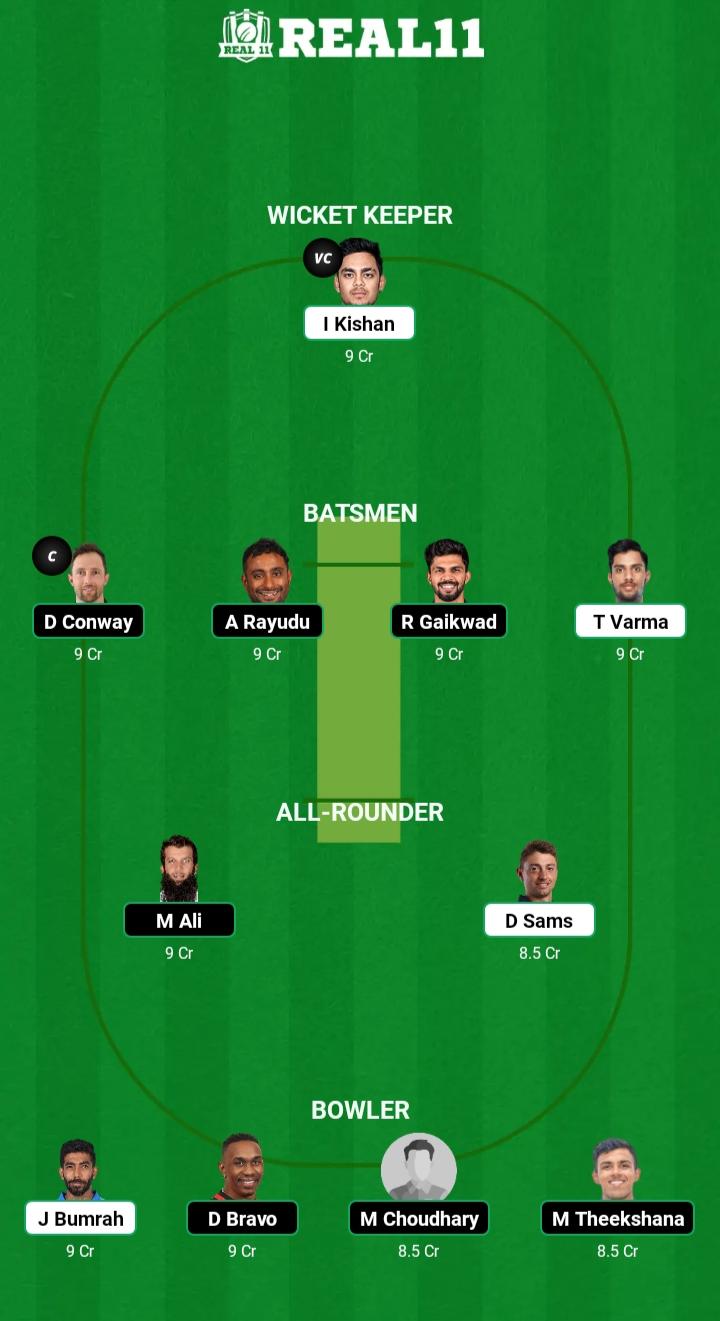 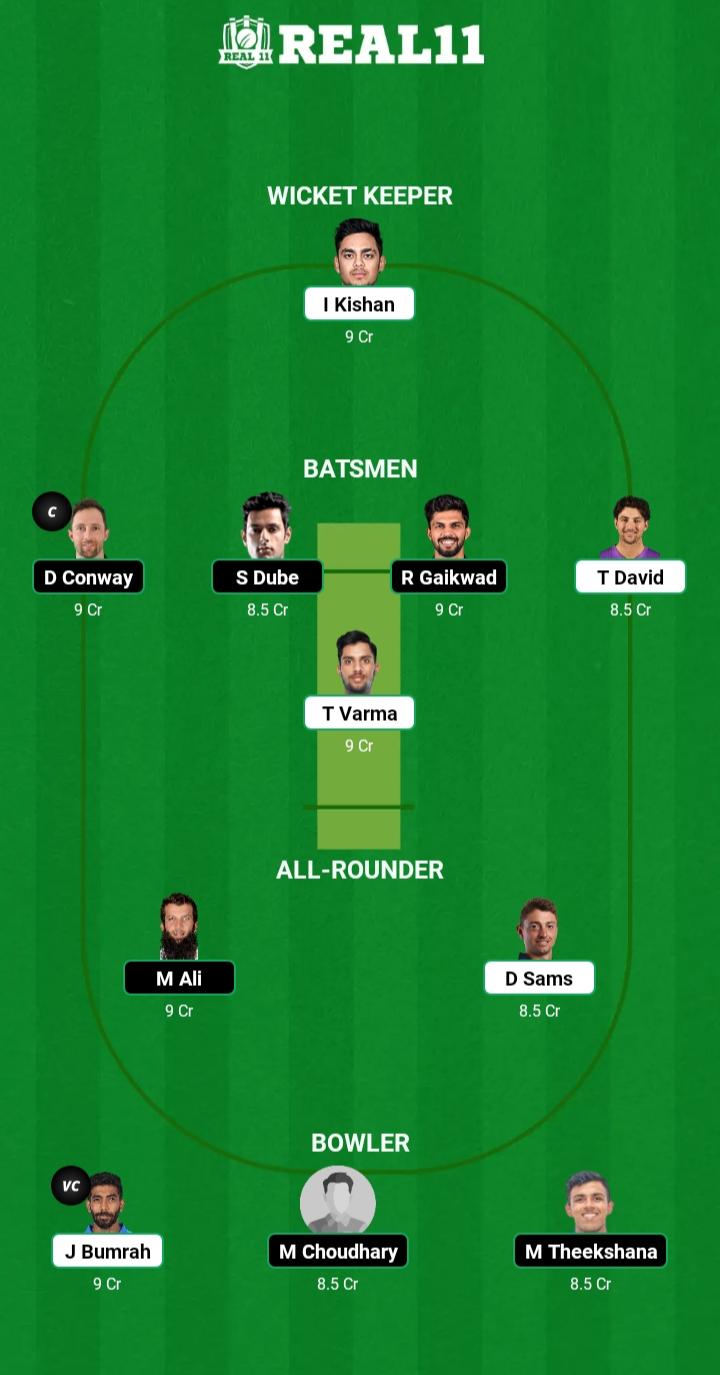