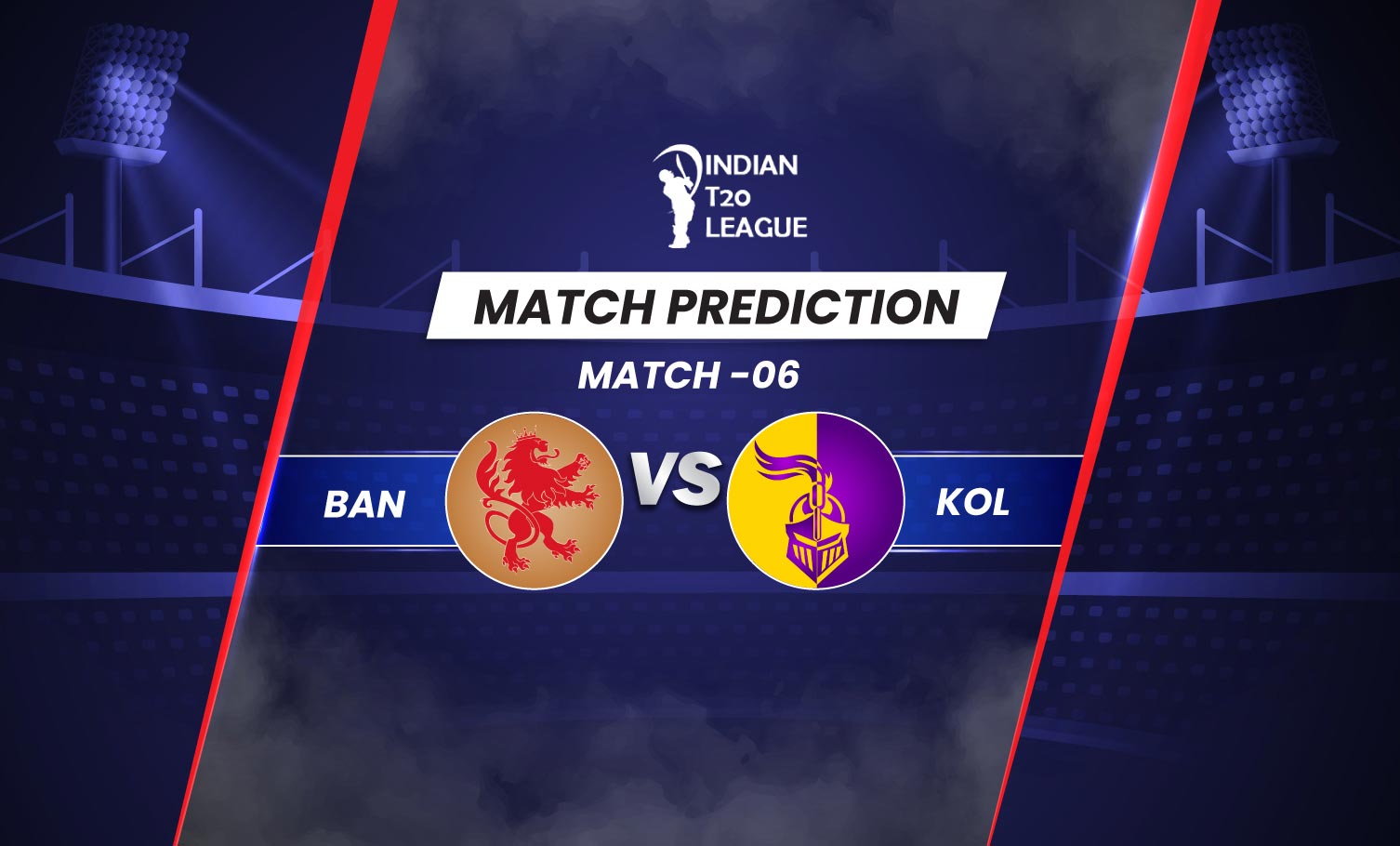 Bangalore and Kolkata will be crossing swords in match 6 of the Indian T20 League 2022 on Wednesday at the DY Patil Sports Academy, Mumbai. After a comfortable victory in their opening game, Iyer’s men will be heading into this encounter with a lot of confidence. Bangalore on the other hand failed to defend 205 against Punjab. They will need to sort out their bowling woes ahead of this fixture.

Bangalore suffered an agonising first game loss. Batting first they posted a mammoth total of 205. Du Plessis led the charge with bat in hand. He scored a whirlwind 88 to help his side cross the two hundred mark. Kohli and Kartik’s late blitz ensured Bangalore acquire a formidable first innings total. Punjab in reply chased down the total with one over to spare. Bangalore bowlers were wayward on the day. They lacked discipline and gave too many extras. The team management will need to sort out their bowling concerns before this game.  Their death bowling was terrible in the last match and they will need to come up with something better if they want to induce a favourable result.

Kolkata began their 2022 campaign on a winning note. They comprehensively defeated Chennai in the previous game. Their bowlers did exceedingly well to restrict Chennai’s strong batting lineup to 131. Umesh Yadav (2/29) wreaked havoc with the new ball in hand. He removed both the Chennai openers, Gaikwad before mystery spinners Chakravarthy and Narine further pegged back the defending champions. Kolkata batters then joined the party and ended the game with ridiculous ease. They will now look to carry the momentum and extend their win streak to 2 games.

The pitch will help the spinners as the game progresses. Bowling first will be ideal in this pitch. The ground is relatively small and you can see some huge hits.

Kolkata are on a roll at the moment. As compared to Bangalore they have a more stable and inplace unit. We put our stakes on Iyer’s men to get the job done.

Shahbaz Ahmed bowled only one over in the last game. He was economical but still wasn’t trusted with another over. He is also not in the best of forms off late, so having him as the skipper of your fantasy XI can prove costly.