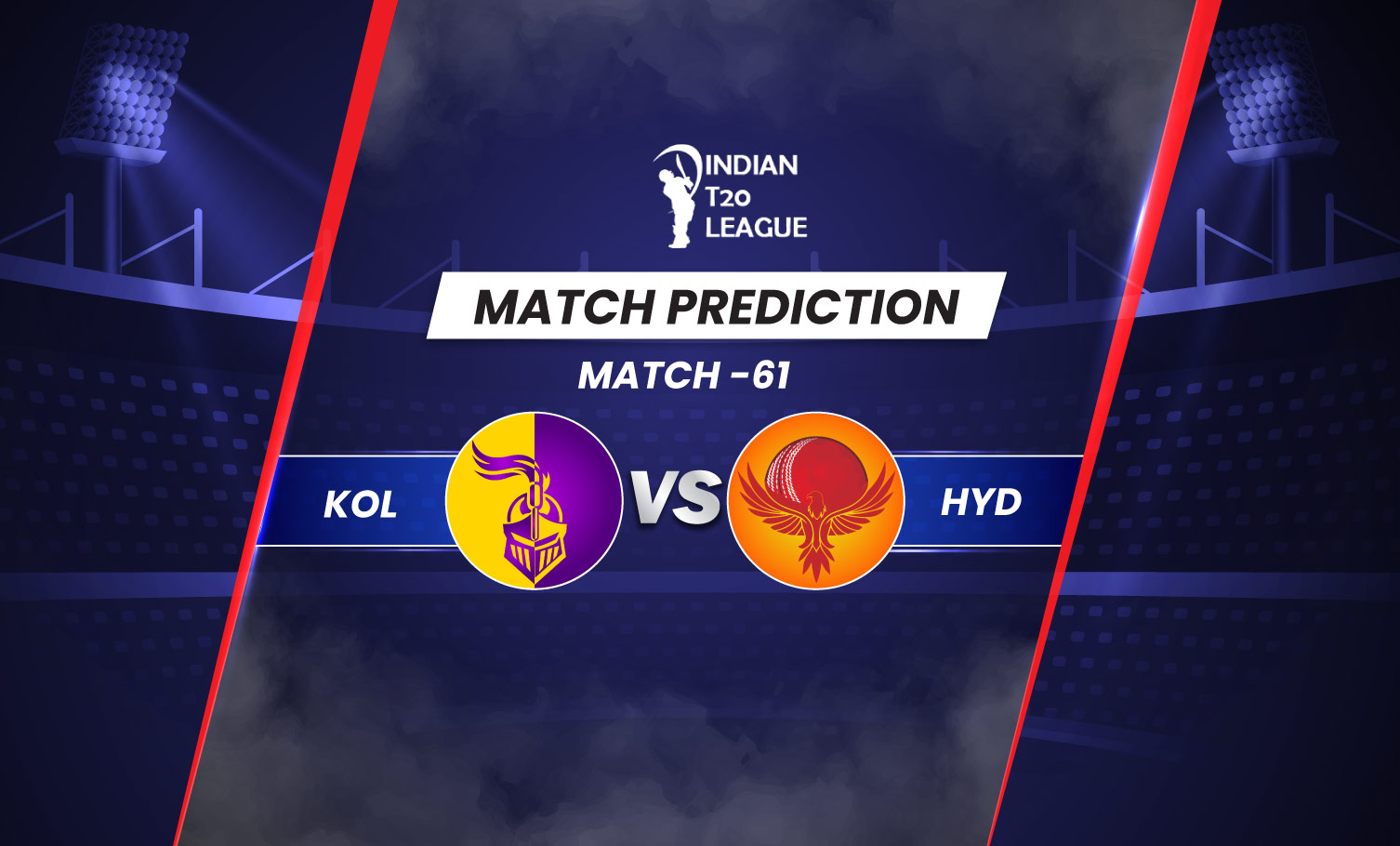 With qualifications for the playoffs up for grabs, both the teams will come hard and will be desperate to get the win as a loss can kick them out of the race. Kolkata defeated Mumbai in the last match and will come with confidence in this match. Hyderabad on the other hand, lost all of their last four matches after winning five on a trot. The Orange brigade defeated the Knights in the previous round and will expect to get the same result as a win can bring them back into the tournament and can boost their confidence to qualify for the playoffs.

Knights suffered a blow on Friday as their Aussie speedster Pat Cummins has been ruled out of the tournament following a hip injury. The test captain of Australia played really well against Mumbai and was one of the candidates to win the Man of the Match award. The Kolkata franchise will definitely miss his service but will expect Tim Southee to fill his shoes. It will be interesting to see who replaces Pat Cummins in the team. Will Aaron Finch come and replace Rahane at the top of the order or Sam Billings will come in for Sheldon Jackson? What we can also see is that Chamika Karunaratne getting his maiden call-up or Mohammed Nabi getting an opportunity. The Professor from Afghanistan can be economical and can help the team with bat. He can be a good option if the pitch helps the spinners. Varun Chakravarthy hasn’t been impressive and thus there’s always room for Anukul Roy or Shivam Mavi to get a call. Coming to the batting, Venkatesh Iyer looked really good against Mumbai as the left hander scored 43 of 24 deliveries. Rana played a blistering innings as well and Rinku Singh did what he could in the limited period of time. At a moment, when 200 looked possible, the Knights could only post 165 on board. Thus, batting is still a bit of concern for Kolkata.

Hyderabad’s problem has been their batting order. Every time a single player steps up and contributes. Everyone needs to come together to post a good total on board but it simply doesn’t happen. Either Abhishek Sharma plays some good cricket or Rahul Tripathi does or Nicolas Pooran. The day all these players will contribute simultaneously, Hyderabad can get better and might get the result in their favour. Kane Williamson’s dip in form is a big concern as he was supposed to play the anchor role but is yet to play a match winning knock. This needs to change immediately for Hyderabad to win matches. When it comes to bowling, T. Natarajan’s injury changed their game plan and looks like a problem for them. The introduction of Kartik Tyagi was very welcoming but he couldn’t do anything special in the last match against Bangalore. Umran Malik’s hit it or miss it formula needs to change as well. He is bowling above 150 on a regular basis, but it’s the wickets that he needs to concentrate on.

Team batting first won 9 of the 12 matches played in this ground and thus, batting first will be ideal here. The pitch will on the slower side for sure and spinners will get some help from the surface.

Based on the current form, the Knights will be ahead of Hyderabad in this match. However, the Orange brigade got a brilliant bowling line up which can test Kolkata’s batting order.

Andre Russell has picked 14 wickets and has scored 281 runs in 12 games at an impressive strike rate of 178.28. The Caribbean giant is the heartbeat of the team and the performance of the team depends a lot on his shoulder. He is in good form and if he gets going, he is a tough one to contain.

Rahul Tripathi is having a good season with bat in hand. Against his former side, Tripathi played a superb knock when these two teams faced each other earlier in the season. With the kind of form he is in, one can expect something similar.

Nitish Rana has shown signs of promise in the last few innings. We fancy the southpaw to do well in this game.

Umran Malik is Punjab’s go-to bowler in all situations. He has the ability to pick up wickets with both the new ball and the old kookaburra.

Shreyas Iyer is our pick for this segment. The champion batsman has had a quiet tournament so far by his stature but we very well know how easily he can turn things around with just one good knock. 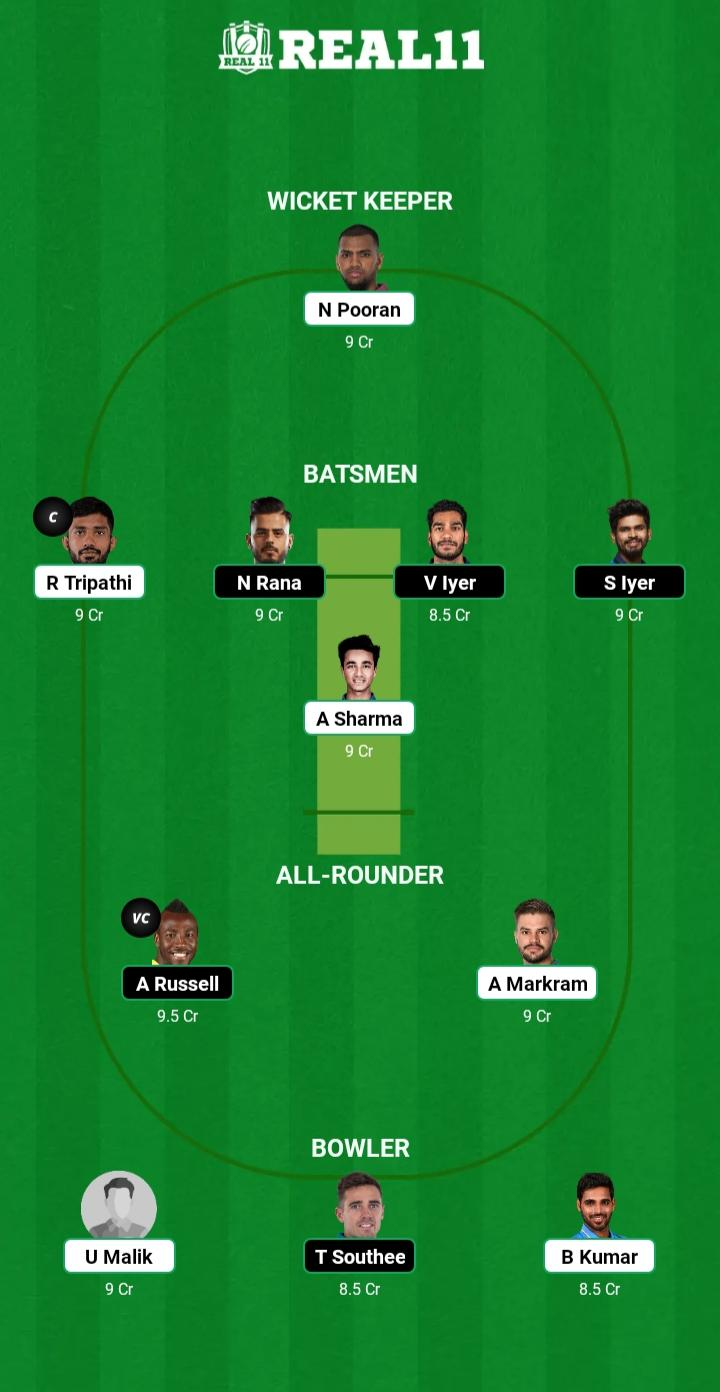 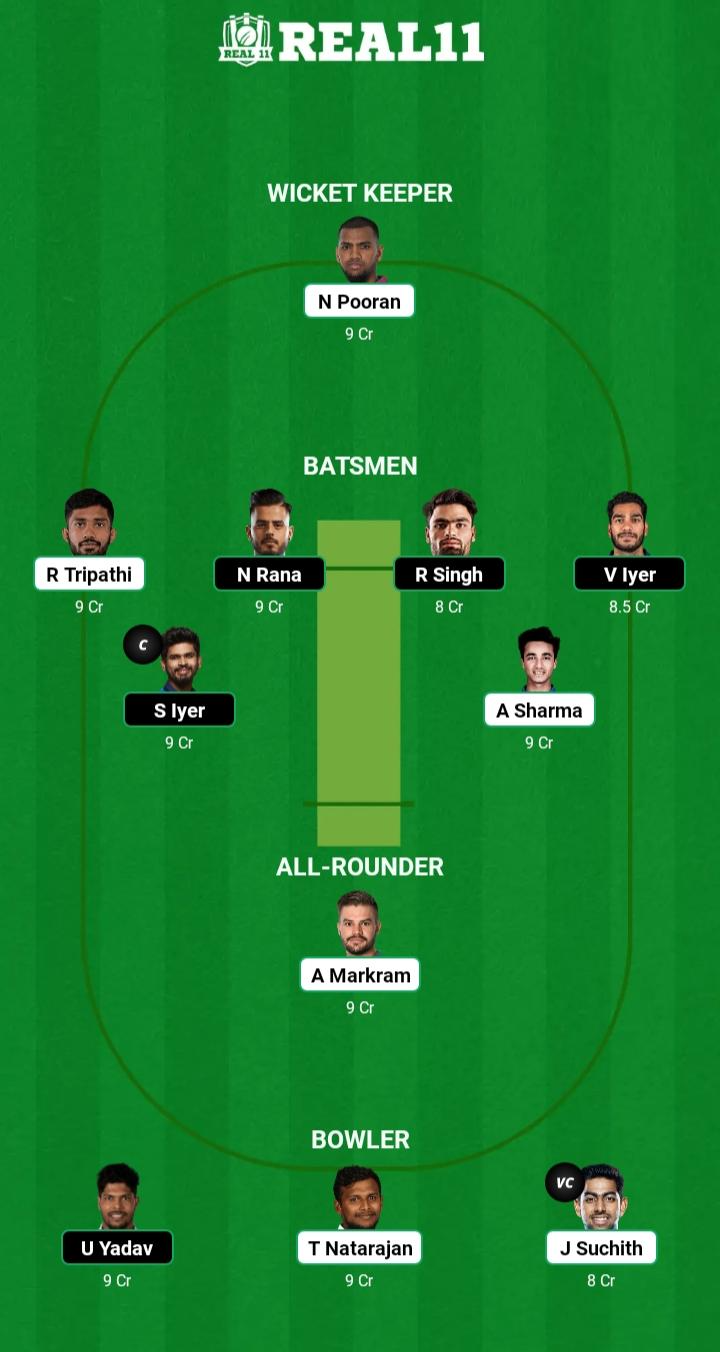