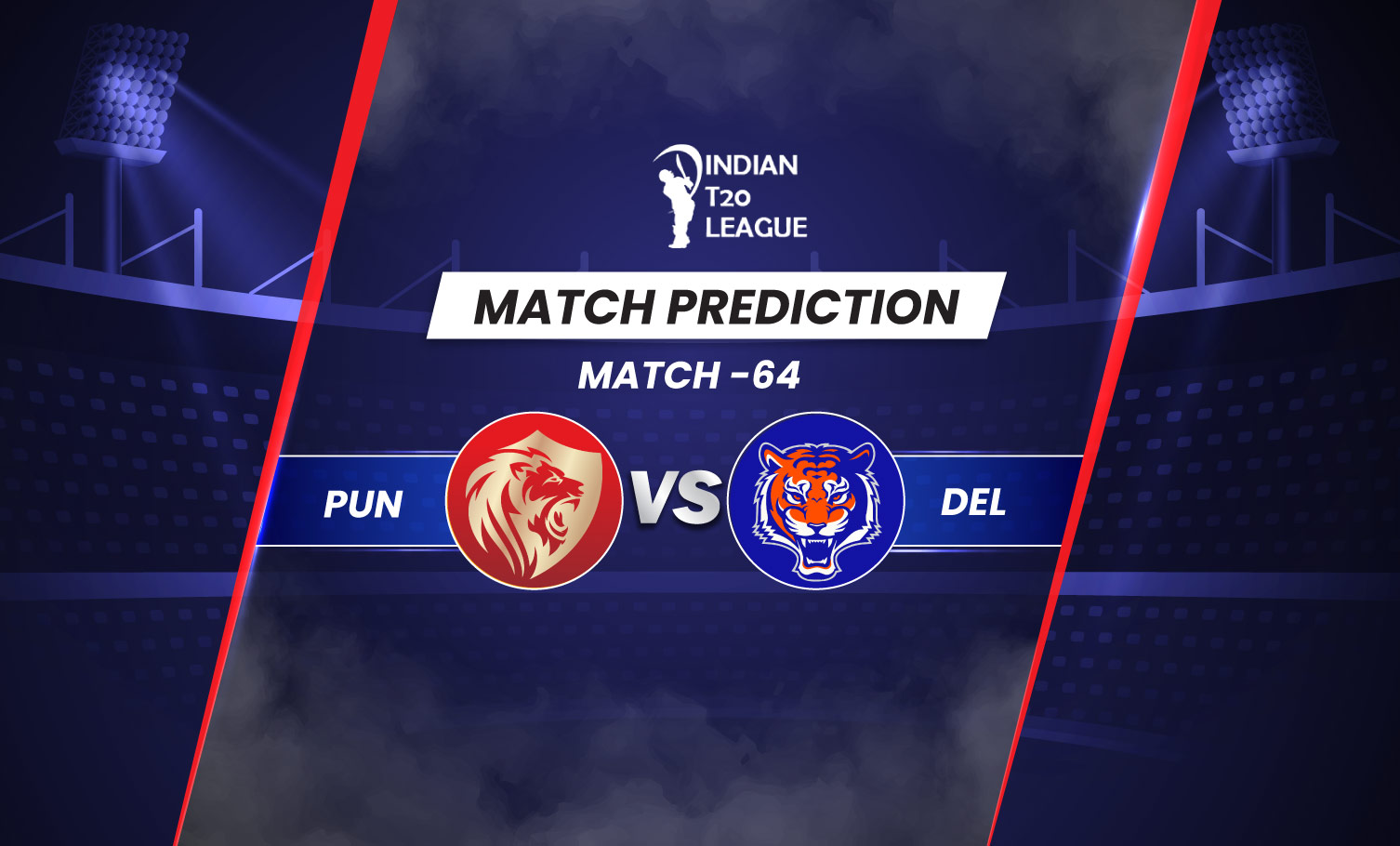 Both the teams Delhi and Punjab are in fifth and sixth position with 12 points and two matches to spare. To seal their places in the qualifiers both teams need to get to 16 points. Although one has to lose in this case as a match can’t end in a draw.

Moving to the match analysis, Punjab has won their last match against Bangalore. Punjab bowlers seem to be in an excellent position to rattle wickets quickly. The trio of Rishi Dhawan, Kagiso Rabada, and Rahul Chahar took 7 out of 9 wickets Bangalore lost in the last match. They are proving to be the nightmares for batsmens’ in the powerplay and slog overs. But most importantly the eyes will be on the Englishman Jonny Bairstow who is showing signs of getting his form back. In the last two matches, he scored a knock of 66 and 56 respectively to lead his team from the front. Also, Liam Livingstone, the deadly all-rounder is a player who will attract the eyeballs and can be a danger to the opponent.

On the other hand, Delhi fans should be happy as Prithvi Shaw’s comeback to the team is possible. Without Shaw in the last match, Delhi had a poor start with the rookie opener Srikar Bharat getting out for a duck. Although Warner and Marsh played almost till the end to finish with a good fighting total. This time Delhi will dream of a good headstart with one of the best opening pairs David Warner and Prithvi Shaw again coming into action. In the bowling segment, Kuldeep Yadav would look for wickets as he is again facing some downfall from the last few matches. Fans would hope for his comeback as his name is already in the top five wicket-takers list in the Indian T20 League, 2022.

The Stadium has a grassy pitch that often offers more bounce and acts swiftly. The marginal turn produced by the surface is expected to help bowlers, particularly the spinners. Because the deck is fairly balanced, therefore a score of 160-170 on the pitch will be a standard fair.

Punjab and Delhi are on equal points in the League table. Although with a chance of Prithvi Shaw making a comeback into the opening pair with David Warner. The match will be inclined towards Delhi’s side.

David Warner is a left-handed batsman from Delhi. He hammered 52* runs out of 41 balls in the last head-to-head game against Rajasthan. He will be an essential pick for this match once again.

Mitchell Marsh is having a dream season with both the bat and ball in hand. The elegant Australian batsman scored runs at a brisk pace against Rajasthan and is very destructive in the slog overs.

Rishi Dhawan has shown signs of promise in the last few innings. We fancy the seam-bowling allrounder, who primarily relies on slow variations and cutters.

Kagiso Rabada is Punjab’s prime bowler and has the ability to pick up wickets with any ball under any condition.

Rishi Dhawan is saving his team from different tough situations. He has six wickets to his name in five matches in the Indian T20 League His gameplay makes him favorable for the risky pick to be the captain of your fantasy team. 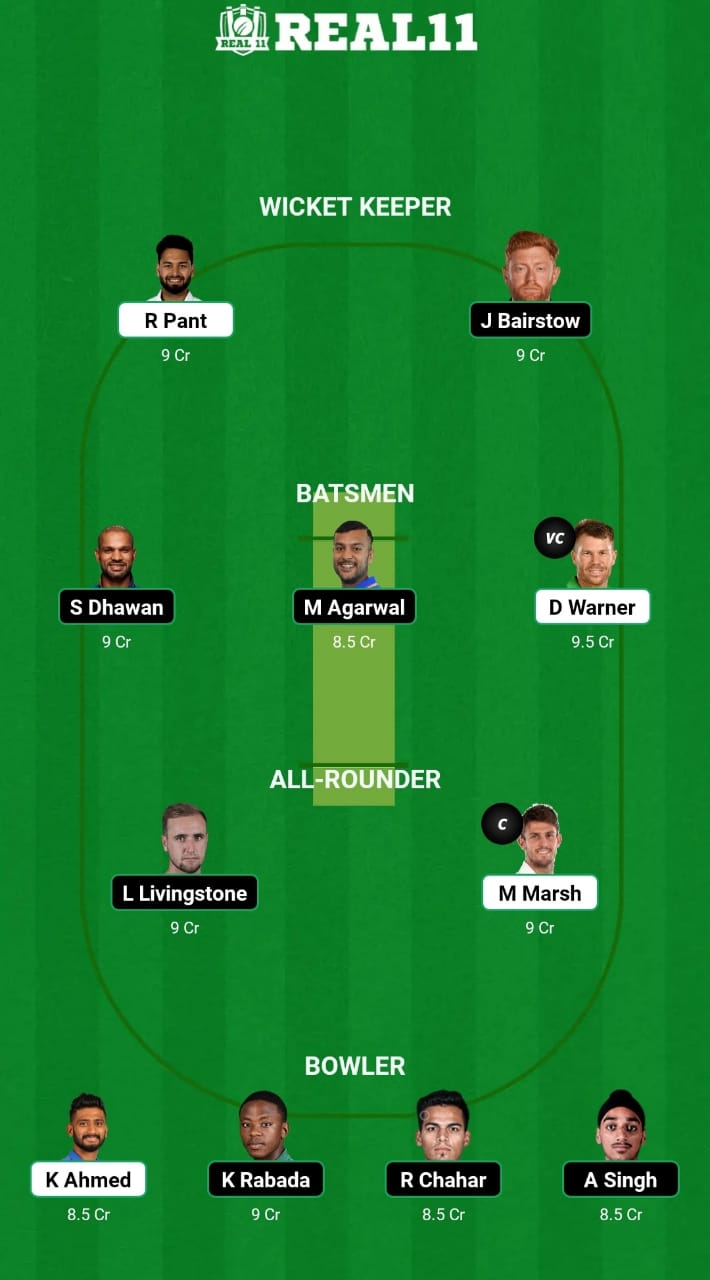 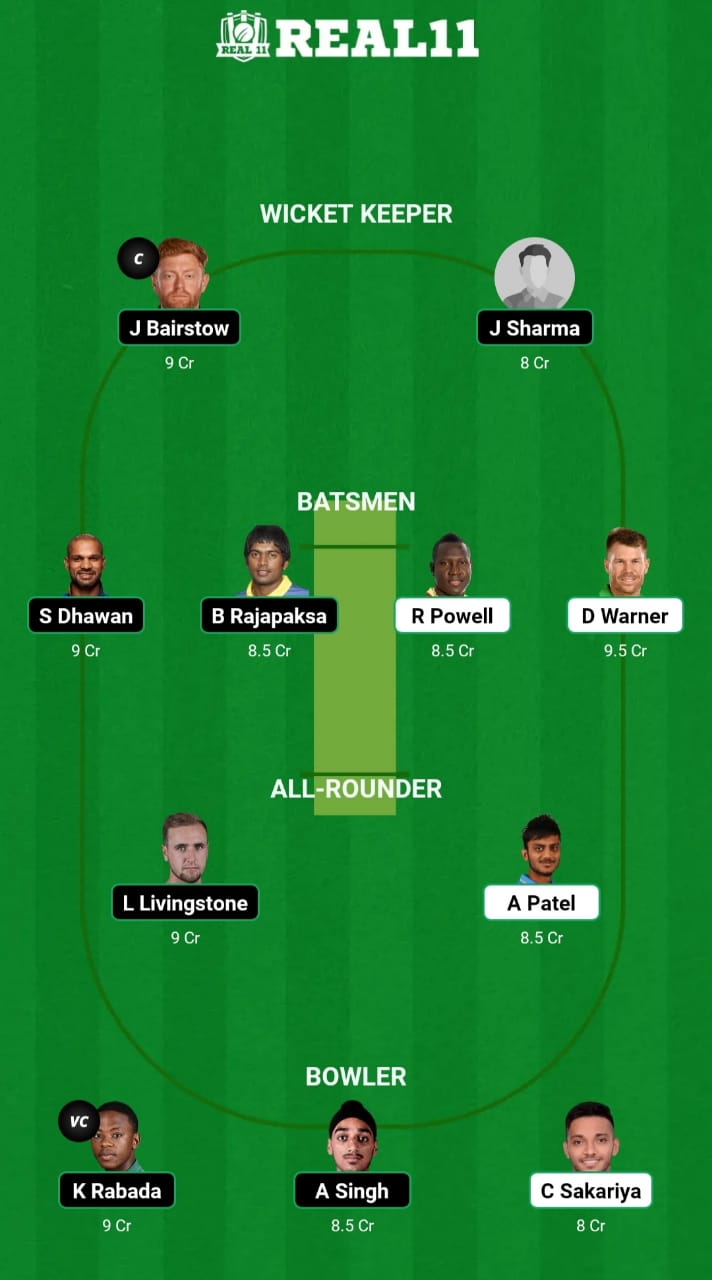