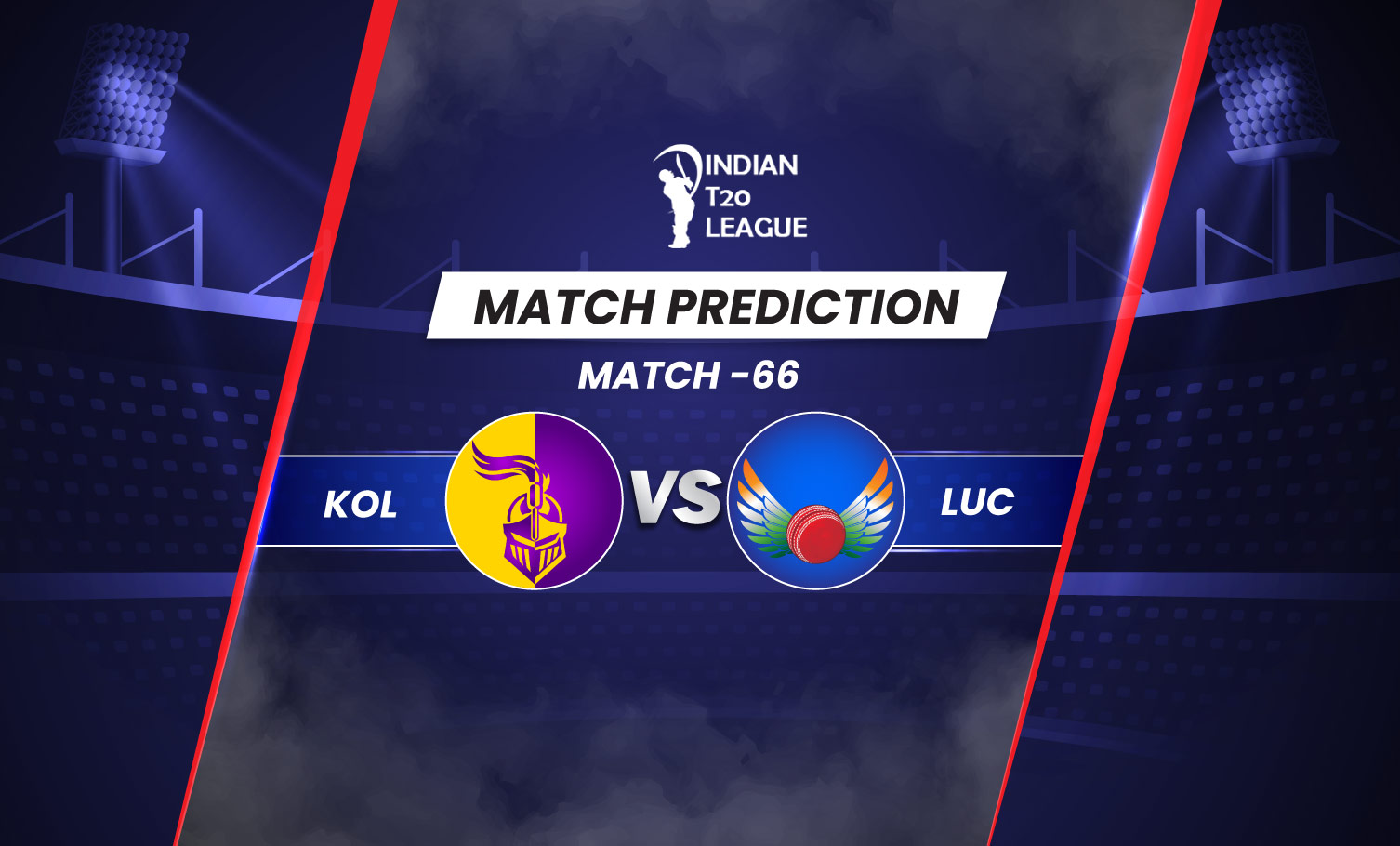 It’s a must win game for both these teams as Kolkata need a win to stay in the race to qualify for the playoffs while Lucknow will look forward to finish second in the tournament and get an additional opportunity if required. A win however will not be enough as both these teams need to improve their run-rate to get to the position they want. Lucknow is a much stronger side and defeated Kolkata by 75 runs just a couple of weeks back. A repeat of the past can do the job for the Nawabs while Kolkata needs to outshine Lucknow to move up to 4th in the league table.

The big news coming from the Kolkata camp is that Ajinkya Rahane is injured and is ruled out of the tournament. This means that we will once again see changes in the Kolkata lineup as Aaron Finch emerges as the favourite to replace Billings. With that, Sheldon Jackson will also come in as the wicket-keeper and thus, Kolkata will once again have to change the winning combination. This has been their problem right from the start and things didn’t change even in their last league game. Rest, the team heavily depends on Andre Russell. Shreyas Iyer, Nitish Rana and Venkatesh Iyer have played well in patches and for them to do well in the final match of the league, they need to step up as a team and give their best. When it comes to bowling, it’s again Andre Russell who takes all the important wickets. Experienced Southee is doing well while Sunil Narine has been great for the franchise. Lucknow has a very strong batting lineup and no doubt these Kolkata bowlers will have a tough time.

With two defeats in a row, the Lucknow players will look forward to getting back in form before the important phase of the tournament. KL Rahul and De Kock, two of the most dependable players of the team are out of form at the moment. They need to play well for the team to lift their maiden title in history. Deepak Hooda has been exceptional for the team and is the 5th highest run-scorer of the tournament with 402 runs by his name. Krunal Pandya has also proved to be an asset to the team and when it comes to bowlers, they have done well as a unit.  There’s a lot to look forward to for the Lucknow franchise. Can they bring their best game against the Knights? Expect them to.

IT’s a good pitch to bat but batting second can be a bit problematic. Spinners will get some help from the surface while there’s grass in patches. 160-165 will be a very good total in this pitch.

Even though the Knights are on the right track, Lucknow will start the match as favourites. However, a side with Andre Russell in can never be ticked off. Expect some fireworks.

Andre Russell has scored 330 runs in the tournament so far and has taken 17 wickets so far. He has been Kolkata’ saviour for quite a few times. Once he gets going, hardly anyone can stop him. Kolkata will once depend on his experience.

KL Rahul, like every year, is having a stellar season so far. He is the second highest scorer of the tournament with 469 runs to his name. He is a very important player for the team and if KL gets a good start, he team plays well.

Venkatesh Iyer has got his mojo back. He can be a real threat to all the Lucknow bowlers. He can wreak havoc once he gets going.

Avesh Khan has been Mr. Dependable for Lucknow this season. With 17 wickets this season, he has proved his mettle once again. Against Kolkata, the team will expect the same from him.

Umesh Yadav is our pick for this segment. His bowling skills have impressed one and all and he can create a real impact in this match. He’s a safe bet that you can take. 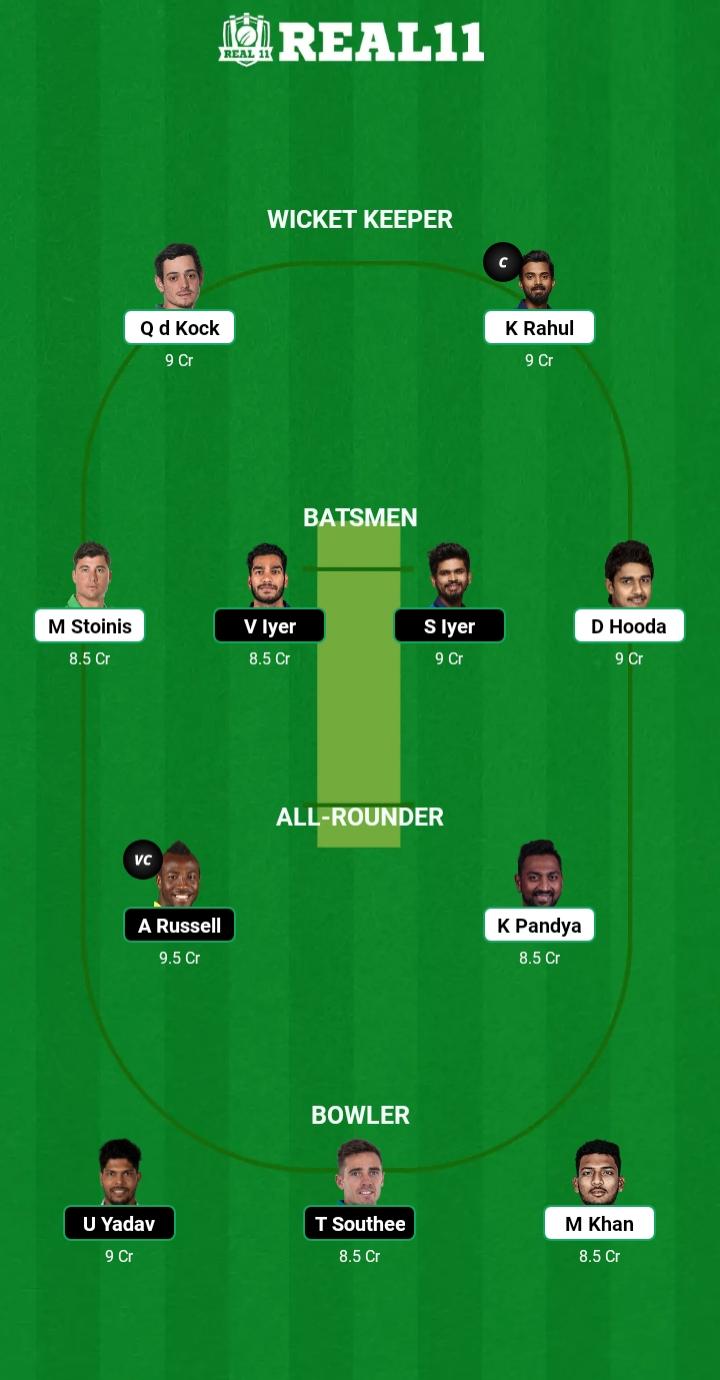 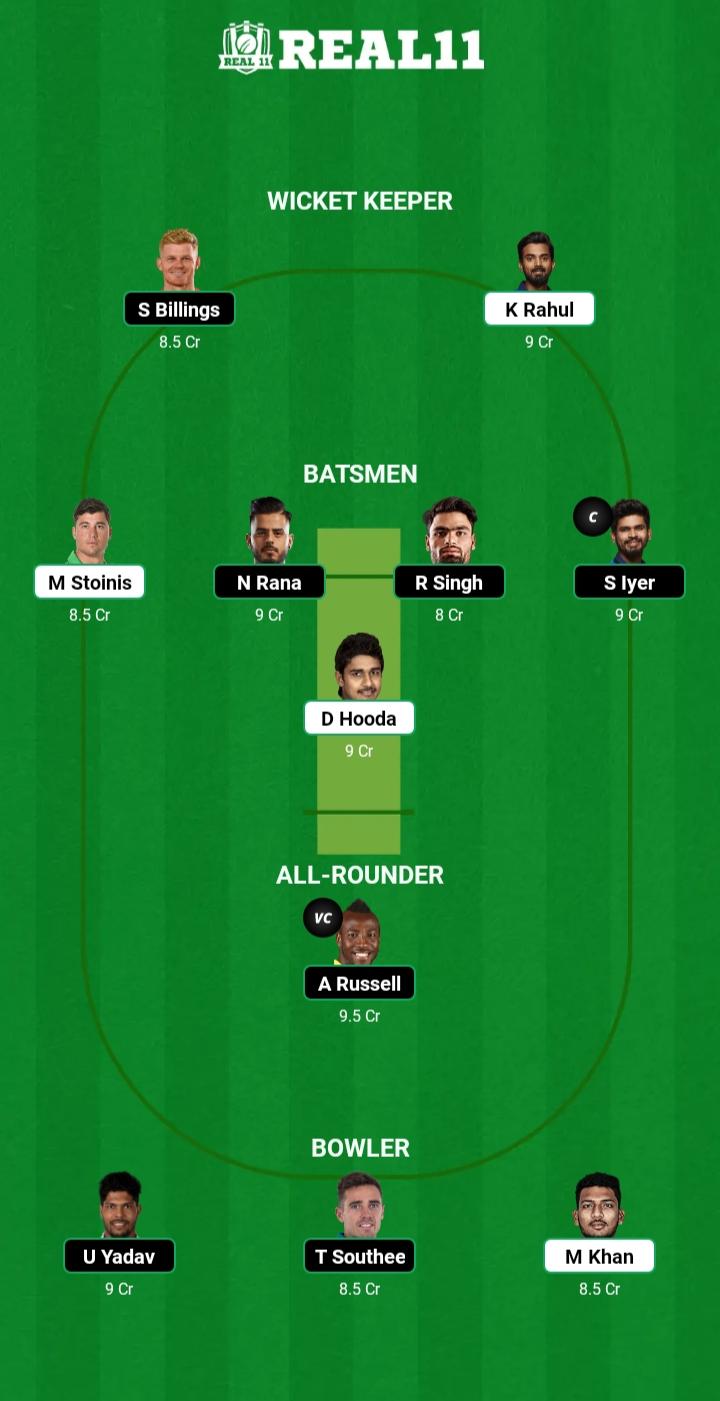