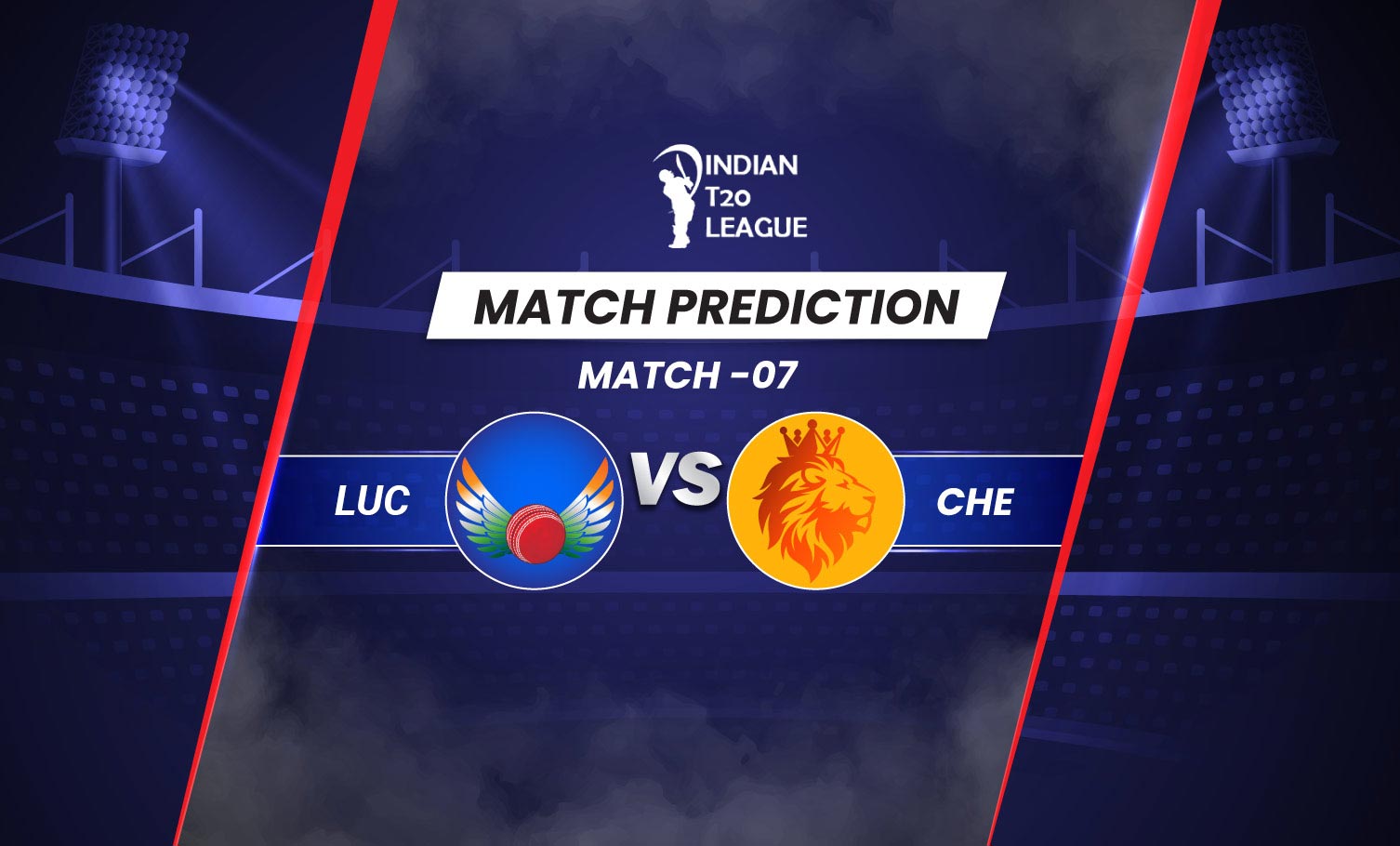 Lucknow and Chennai will lock horns in match number 7 of the Indian T20 League 2022 at the Brabourne Stadium, Mumbai on Thursday. Both teams have lost their respective opening games. While Chennai lost to Kolkata, Lucknow were defeated by Gujarat. With both Chennai and Lucknow eyeing a win, expect an evenly matched contest between bat and ball.

Lucknow had quite a few positives from their previous loss against Gujarat. Despite the early wickets, they did exceptionally well to post a par total batting first. The pair of Deepak Hooda and Ayush Badoni revived the Lucknow innings which was once going nowhere. The duo stitched a crucial fifth partnership to help their team reach 158. Bowlers then showed immense courage to defend the total but eventually succumbed under pressure. Chameera was the pick of the Lucknow bowlers. He ended the game with impressive match figures of 2/22. Avesh Khan, Krunal Pandya and Deepak Hooda picked a wicket apiece. Rahul and co will  be hoping to put a much improved show in this game. They have a great mix of exuberant youth and senior pros in the squad which can prove crucial in this tournament. Kl Rahul, Quinton De Kock and Manish Pandey who failed to create much impact in the last game will be eager to contribute with bat in hand. Chameera, Avesh Khan and Ravi Bishnoi will be the bowlers to watch out for this game.

Chennai’s think tank will have a lot of thinking to do before the game against Lucknow. In the season opener against Kolkata, Chennai failed miserably. Batters struggled with their timing and the bowlers didn’t look sharp enough. The only positive from the game was Dhoni’s return to form. He played a lone hand to help his side reach a respectable total. Batting first, the men in yellow lost wickets at regular intervals. Both the openers departed early. Uthappa then joined the crease with Rayudu. The pair showed resilience before Rayudu ran himself out. Uthappa and Dube were soon dismissed to tatter Chennai further. Dhoni and Jadeja then led Chennai’s recovery with the latter initially struggling with his timing. But the wicket keeper batsman in due course turned back the clock and finished the inning with a flourish to propel Chennai to 131. Kolkata in reply easily chased down the target courtesy Rahane’s masterclass. Without the services of Chahar, Chennai’s bowling attack lacks teeth. Deshpande and Milne are just not good enough with the new ball and the team management needs to come up with a better plan. Batting looks potent with the likes of Gaikwad, Conway and Uthappa. Moeen Ali’s return will also bolster their batting lineup. It is their bowling which needs improvement. They ought to deal with their bowling concerns before they take the field on Thursday.

We believe Lucknow will edge past the defending champions.They have an amazingly well balanced squad. Chennai however cannot be completely written off. Moeen Ali’s return is a huge plus for them and they have a habit to bounce back and do well when the chips are down.

Evin Lewis can fetch you good points. The Caribbean has the ability to score runs at a brisk pace.

Ruturaj Gaikwad didn’t have a happy outing in the last game but we expect him to deliver the results in this game. He is an excellent timer of the cricket ball  blessed with the natural ability to react to the ball a little earlier.

Dushmantha Chameera was brilliant with the new ball in the last game. He is expected to carry the heroics from the previous encounter in this game.

MS Dhoni played a calculative knock against Kolkata. He will be desperate to continue his good form in this game as well.

Mohsin Khan might or might not play this game, considering he didn’t have a good last game and so, having him as the captain of your fantasy team can prove to be a huge risk.