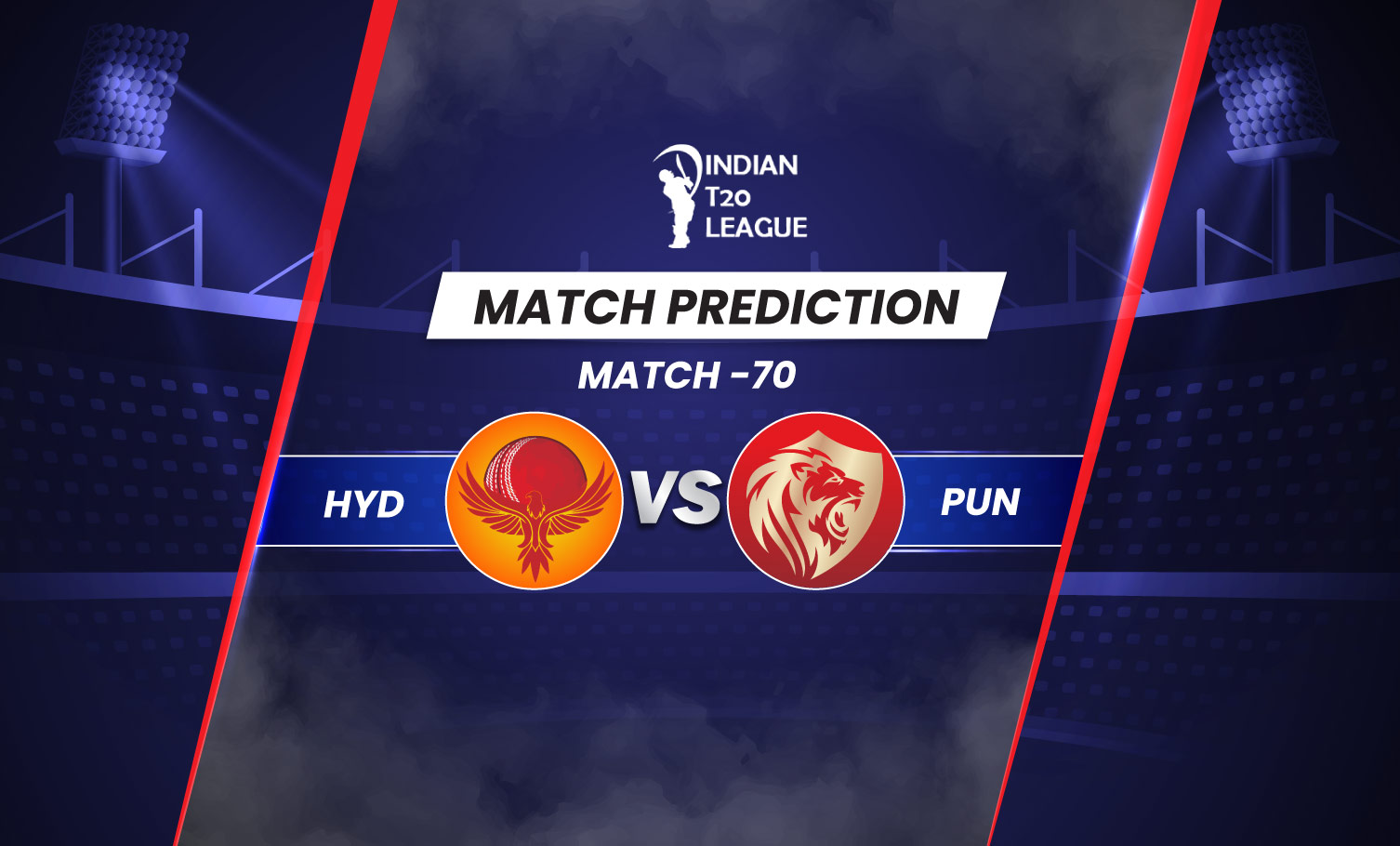 It could have been a do or die game under certain circumstances but with Bangalore’s win over Gujarat, the dynamic changed and these two teams are now eliminated from the race. Punjab, a team which has massive potential failed to capitalise once again while Hyderabad goofed up their brilliant start in the league. With no one changing the scenario at this point; both the teams will play for pride tonight and to give something back to all the fans and to end the season on a higher note.

What a season this could have been for the Hyderabad team. No one gave them any chance before the tournament but with five straight wins in the middle, gave the fans a new hope but with T. Natarajan’s injury, the dream was crushed. Bhuvneshwar Kumar had a stellar season but no other bowler stepped up after the first half of the tournament. Umran Malik, who is bowling above 150 kmph, needs to be a bit more consistent with his line and length. Pace will not do the trick always. It’s an added advantage. When it comes to batting, Captain Kane Williamson has been absolutely shambolic. He will not be part of the squad in their final league game and either Pooran or Bhuvneshwar Kumar will lead the side. Rahul Tripathi and Abhishek Sharma deserve all the praise as these two uncapped Indian players have been brilliant for them this season. Some experts even want him in the Indian team as well, while Abhishek Sharma with 383 runs this season has proved to be a capable player who can lead this franchise in future.

It has been an unlucky season for Punjab for sure but that’s something we say every year, don’t we? Shikhar Dhawan and Liam Livingstone have been brilliant without any doubt. Dhawan, who wasn’t a part of the Indian T20 set-up, might get a call for the South Africa and Ireland series soon. With 421 runs, Dhawan is the 6th highest run-scorer of the tournament with just 22 runs behind the 4th placed Faf Du Plessis. Liam Livingstone changed Punjab’s campaign totally. The southpaw has scored 388 runs with the bat and can chip in with the bowl as well. Jonny Bairstow looked in great touch in the last match but their middle order is still a matter of concern. When it comes to bowling, Rahul Chahar started the season brilliantly but lost his momentum in the middle. Arshdeep has been their go-to bowler and what a season the youngster is having. He can very well make his debut for India soon if he continues to show up like the way he is doing at the moment.

The pitch usually is great to bat on but it has been on the slower side these days. 150-160 might just do it. Batting first will be ideal as the pitch will get slower with more time.

Punjab should get the win against Hyderabad. Hyderabad of course has the ability to win the game but the Punjab squad is much more balanced and thus, they are more likely to get the desired result.

Liam Livingstone is someone you can bank on to deliver. He took three wickets in the last match and can also decide the fate of the match with the bat in his hand as well. A top, top player indeed!

Arshdeep Singh has been a revelation for Punjab this season. The youngster has nailed in the death overs and is one of the favourites to be a part of the Indian set-up. He took 3 wickets in the last match and can take few against Hyderabad as well.

Abhishek Sharma has been absolutely fantastic in this tournament. The youngster surprised everyone and stepped up for the team on a consistent basis. With age, the cricketer will get matured and Hyderabad can bank on him from the upcoming seasons.

Nicolas Pooran can be the dark horse in this match. He can change the complexation of the match at any time. 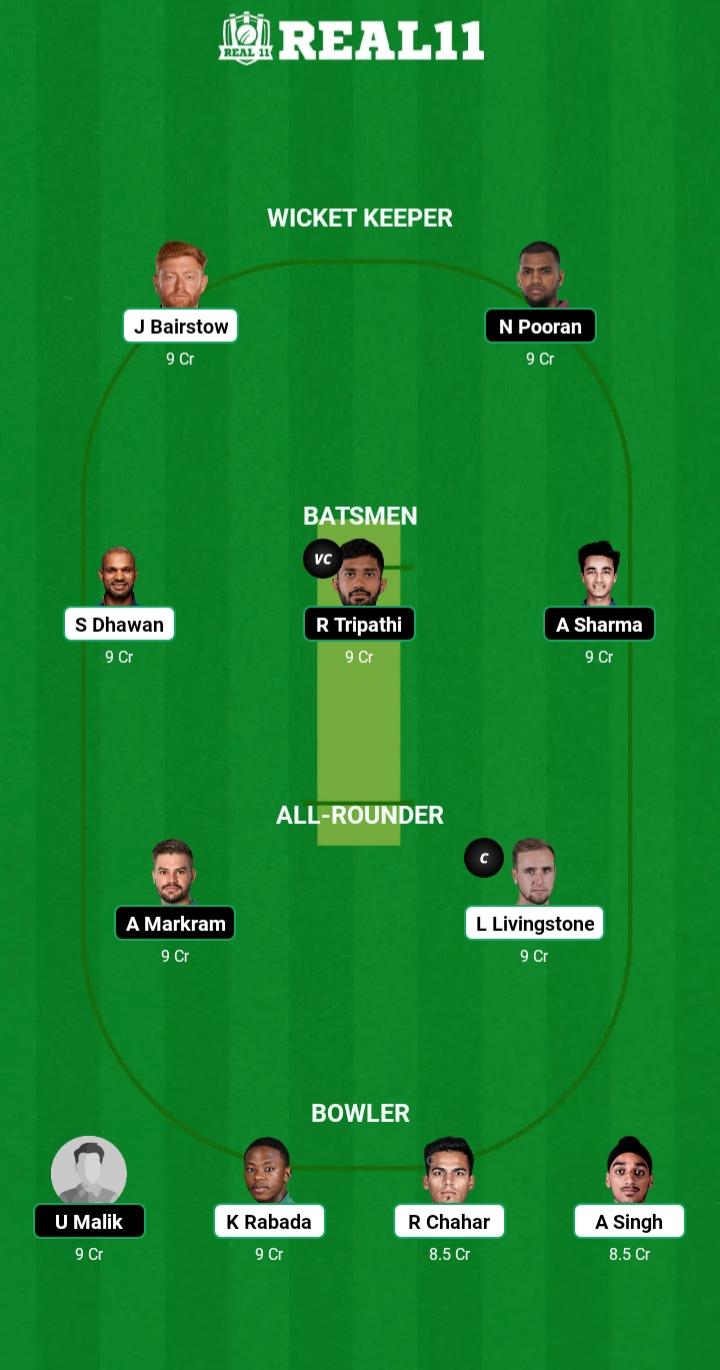 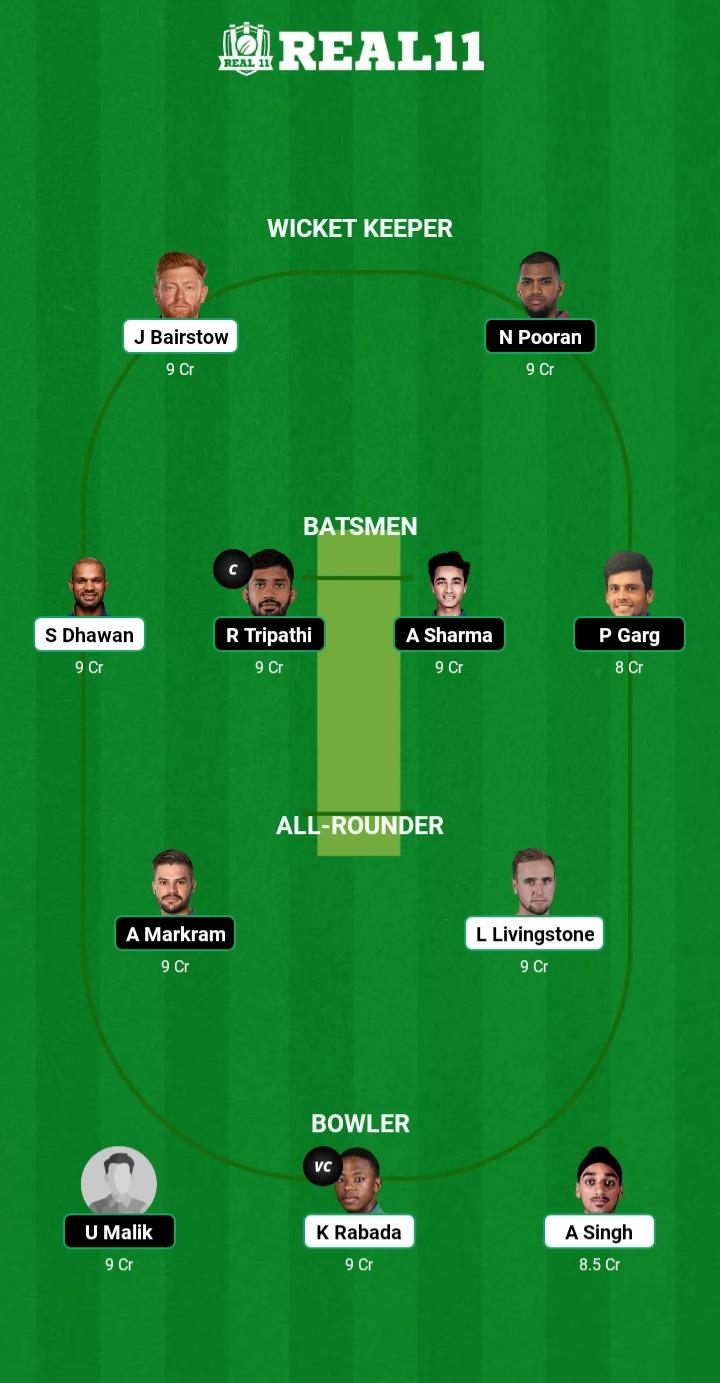