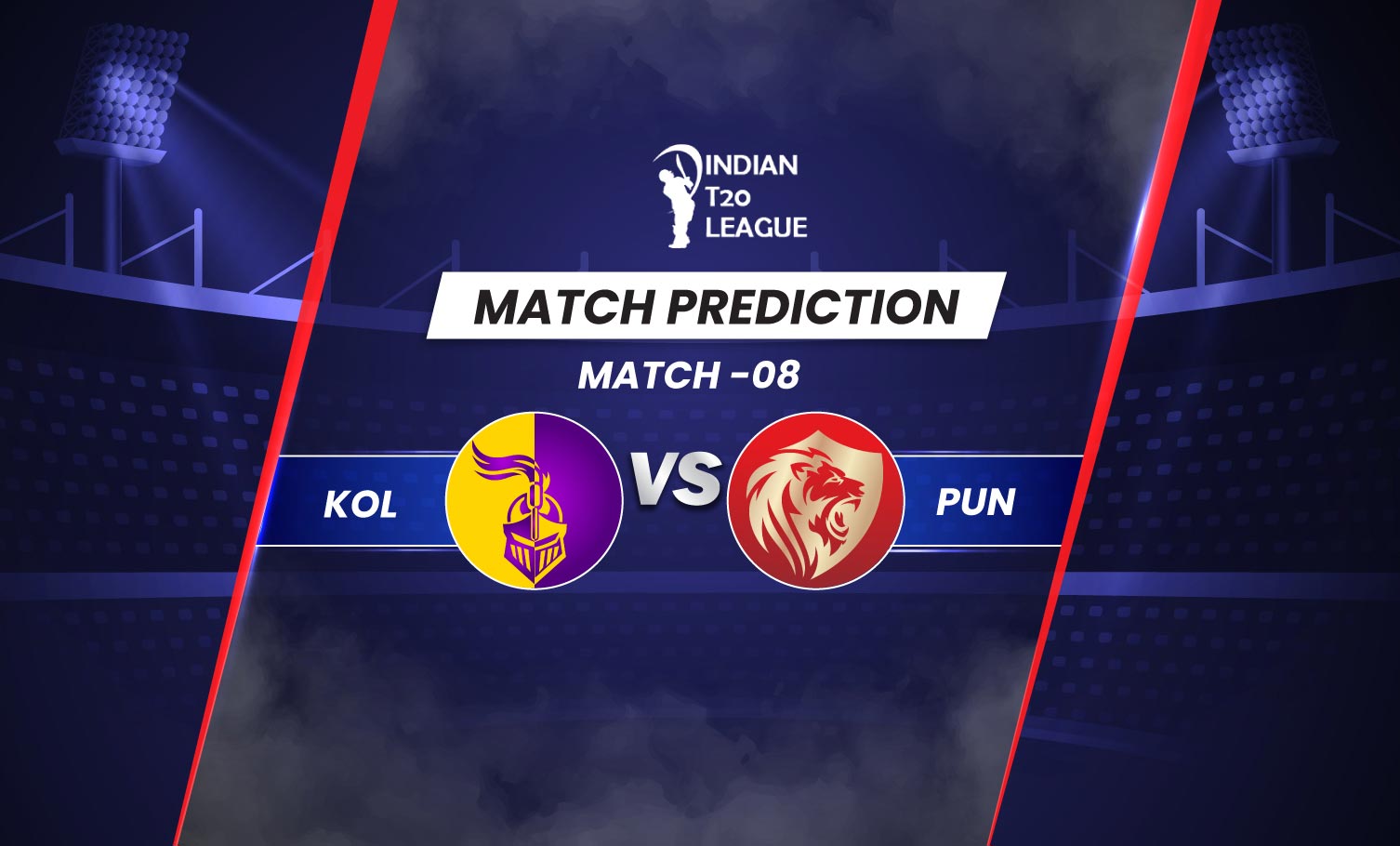 After a disappointing outing against their fierce rival Bangalore, Kolkata will be hoping to make a comeback in the league. Meanwhile, Punjab can make it two out of two if they manage to beat the knights at Wankhede. Things won’t be very simple for the Kings though.

Even though their batting looked really smooth against Bangalore in their opening fixture, their bowling looks really inexperienced. Rahul Chahar is the pillar of their bowling lineup and until and unless Kagiso Rabada joins the squad, they might concede a lot of runs. Even though Odean Smith scored valuable 25 runs from 8 balls in the last match, the West Indian conceded 52 from his four in the same match. Harpreet Brar and senior pro Sandeep Sharma have also gone for a lot of runs. Against Kolkata, the team can’t afford to leak runs as players like Venkatesh Iyer, Shreyas Iyer and Andre Russell can take full advantage of the situation if the bowlers fail to bowl in the right line and length.

The batters are the real strength of this team. Shikhar Dhawan looked as good as he could have been and Mayank always impressed when he donned the Punjab jersey. The surprising element in this team is Bhanuka Rajapaksa. The talented Sri Lankan is a pocket dynamite and in the last match he showed what can happen if he blasts. A valuable 43 from 22 balls helped the team cruise to victory which Shahrukh Khan and Odean Smith delivered. In short, their batting looks really good at the moment and if the bowlers support them, Punjab can make it two out of two and go to the top of the table.

The Kolkata team will be disappointed after their last outing. The batters failed to impress and that created a massive pressure on the bowlers. Venkatesh Iyer was retained for 8 crores but the ‘architect’ has failed to capitalise so far. Maybe it is because of the change in his role but he needs to have a really good season in order to fight for his spot in the T20 World Series. Andre Russell is another such player who needs to step up big time. He is becoming a liability for the Kolkata franchise and he certainly isn’t a kind of player who’s a baggage for his team. Nitish Rana, Sam Billings also need to improve to give Kolkata a much needed push in their batting department.

The bowlers had a fantastic night against Bangalore. They of course couldn’t defend 129 but the effort that the boys showed was really commendable. Umesh Yadav and Tim Southee broke Bangalore’s backbone in the power play while Narine kept everything under control post that. It was Russell again who failed to deliver for his team with the bowl in hand and with that, the team lost the match in the very last over. The team will of course back Russell but they need to make sure that once a hero shouldn’t transform himself as a villain in the team. Rest they have the power and ability to beat Punjab and improve their ranking.

Win the toss and bowl first. That has been the template for the tournament and nothing else will suit at the moment. You will get the bounce and you will see a lot of runs being scored. In short, expect a typical Wankhede pitch.

Kolkata will start as the favourites because they have a solid bowling line-up and decent batters. However, the team that will win the toss will have a massive advantage and should get the job done.

Shryeas Iyer looked in a really good touch before he was dismissed. He definitely deserves to be in every fantasy team as he can give you a lot of points once he gets going

Shikhar Dhawan is one of the most important players in the Punjab squad and he can fetch you a lot of points. The left hander hardly suffers from a bad day and thus you can put your money on him.

Umesh Yadav was brilliant with the new ball in the last two games. With extra pace being his strength, he will look forward to create some chaos once again.

Bhanuka Rajapaksa looked in a great touch in the last match. It is because of his form and his wicket-keeping skill; he is ahead of Mayank Agarwal in our top fantasy picks.

Odean Smith and Andre Russell are two risky choices that you can make. They come without any guarantee but if they can manage to strike the ball well, you can very much win every league you play. 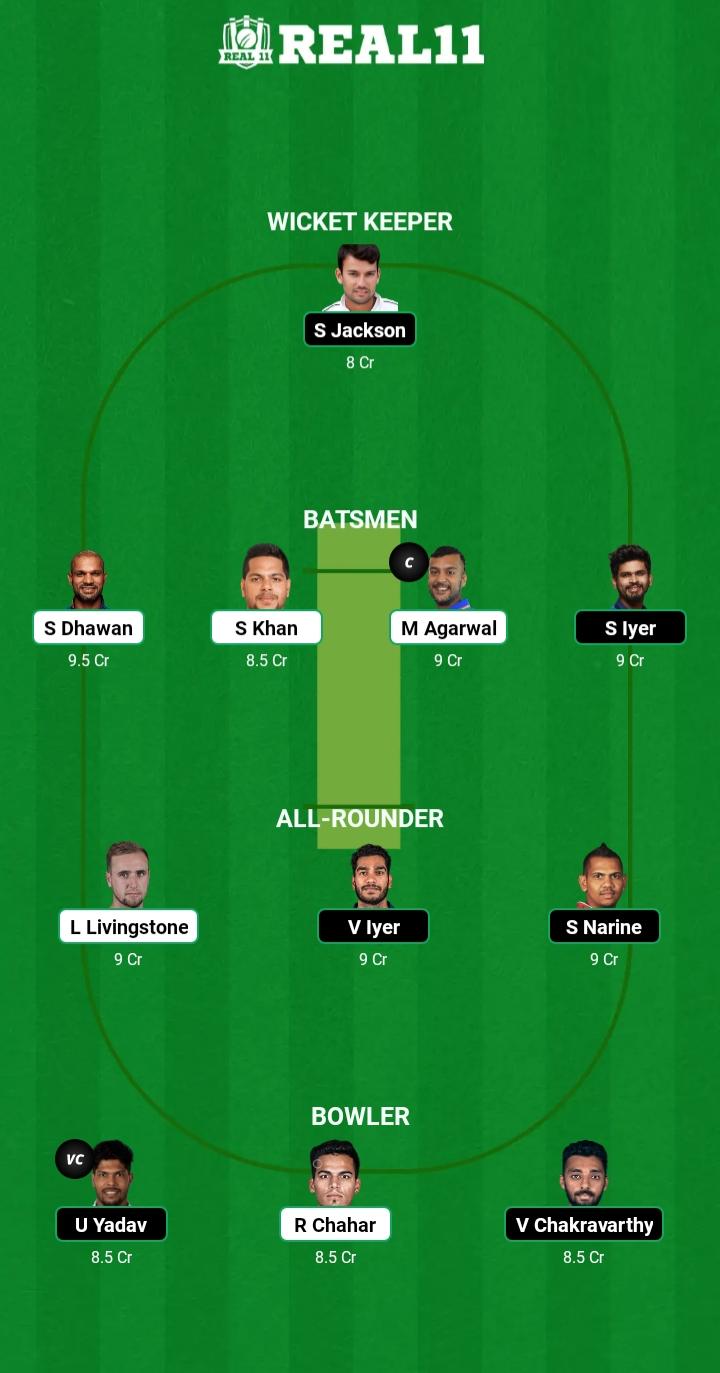 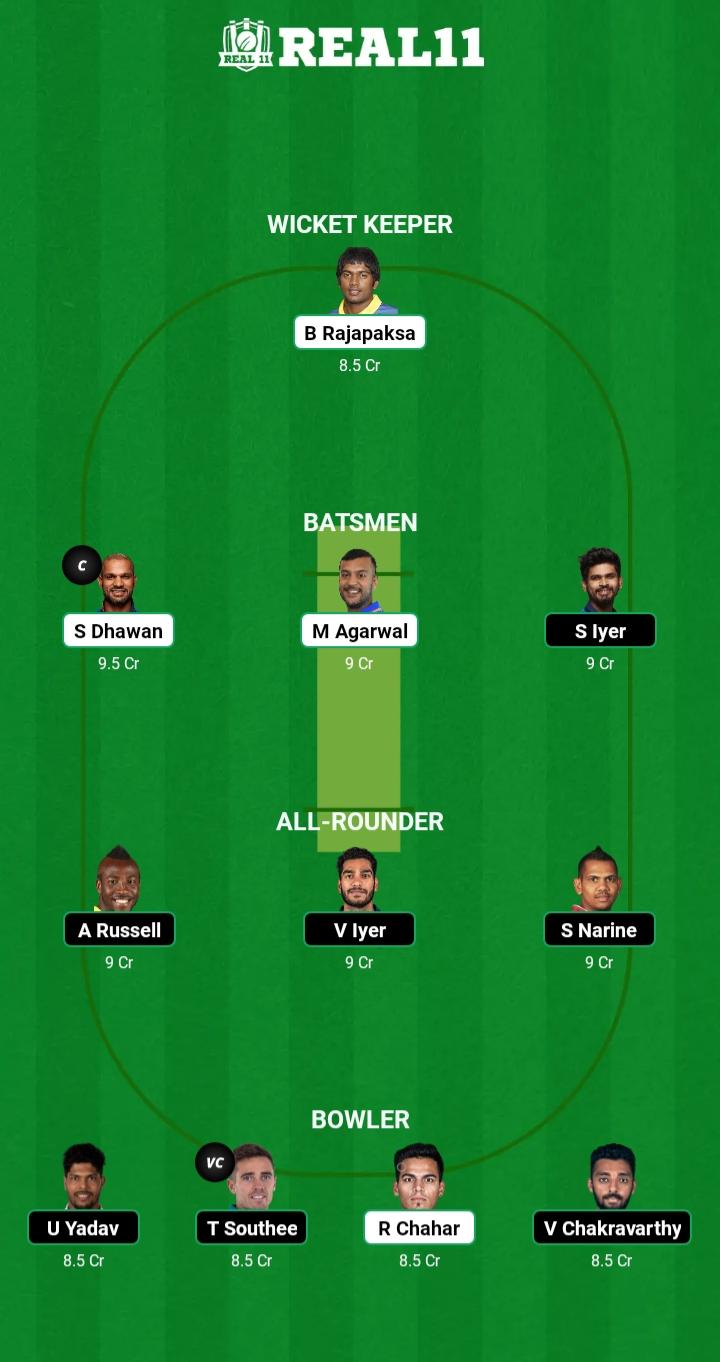