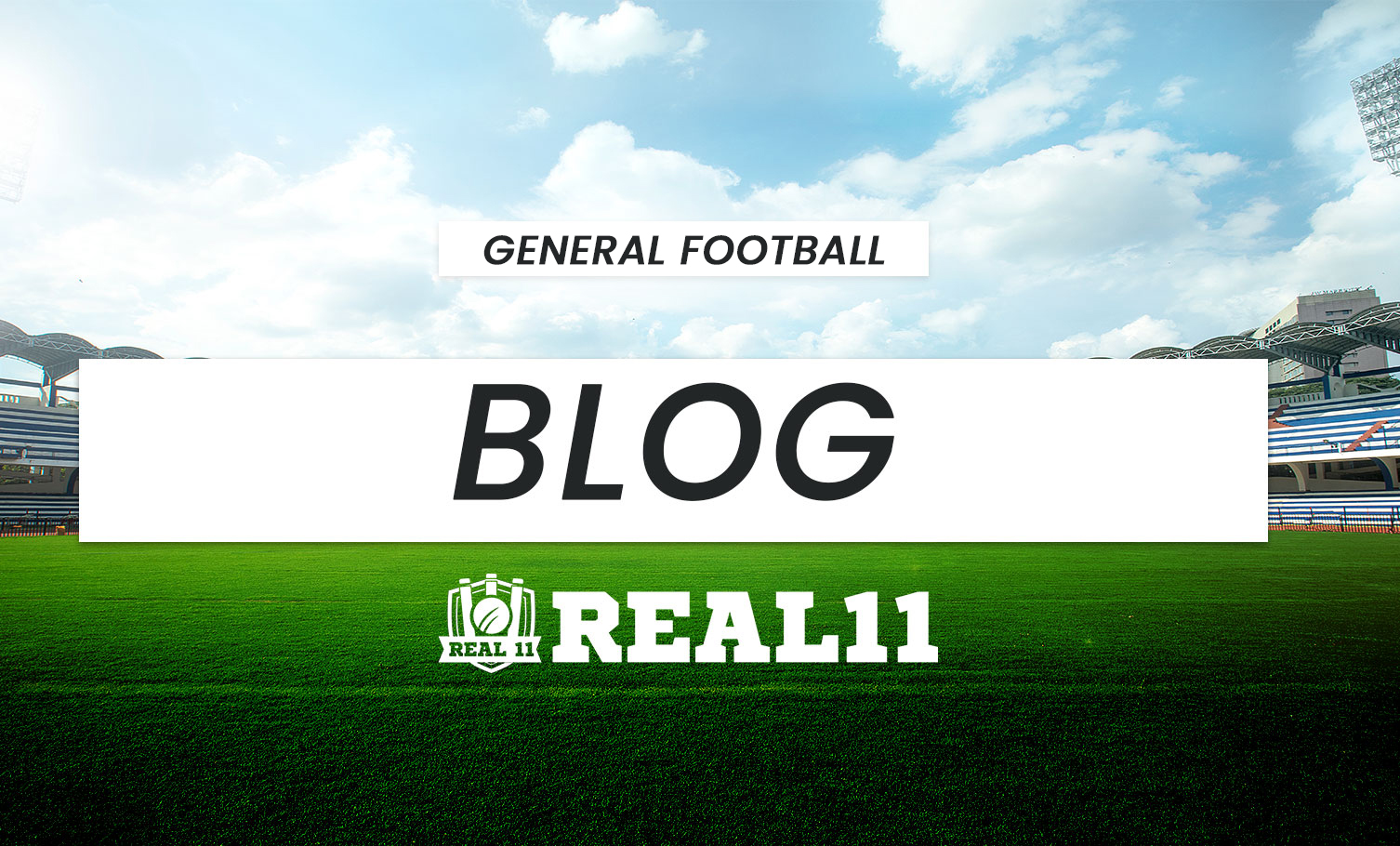 Remembering the emblematic Inter Milan side that won the treble

The 1990s to 2010s was a great phase for Italian football. Some of the biggest stars of that era competed in Italy and one of the legendary teams of that time has to be Inter Milan which completed a treble nearly a decade ago in 2010. The Nerazzurri achieved this feat under the special one, Jose Mourinho. The able tactician and leader played a pivotal role in the tremendous success of Milan that season. So much so that almost after a decade, no top flight Italian club has been able to repeat the heroics of 2010. Milan in its prime had professional soccer stars who functioned together as a well oiled unit.

After nearly a period of 11 years, Real11 reminisces about the mighty Inter Milan side that dominated the world of football.

Francesco Toldo was recognized as one of the best custodians during that time. Aged 38 during the treble season, Toldo mostly acted as a backup goalkeeper for Julio Caesar. He currently works as the goalkeeping coach for the Italy U-21s.

While Toldo was right at the climax of his career, Caesar was at his prime and was hence Mourinho’s first choice. Opposition players needed something beyond special to get the ball past Caesar. He made quite a few splendid saves to bail out his side.

Unarguably one of the greats of the game. His dedication and loyalty towards the club was unparalleled. He featured in 858 games for Milan and hung his boots in 2014, following which Milan retired the iconic number #4 jersey.

Hailing from Brazil, Lucio was everything you need in a modern centre back. He was tall, robust and decent with the ball. After Milan, the Brazilian played for Juventus, Sao Paulio, Palmeiras before featuring in the Indian Football League. He then returned to play for his home district club Gama before calling it a day in 2020.

Irrefutably one of the most versatile players in the Inter squad. The lanky defender was alert, mobile and firmly held and delayed the attacker's movement . The star defender spent 12 years at the club and never joined any other club in Europe.

Hailed as one of the greatest fullbacks of that era, Maicon was a key part of the Milan side in 2010. The Brazilian fullback joined Roma in 2013 and then returned back to Brazil and had stints with lower division clubs. At 38 years of age, Maicon is currently a free agent.

The Argentine centre back played a crucial role in the historic treble season. After a torrid time with Los Blancos, the South American centre back returned back to Italy to join Inter in 2005. In his successful 9 year stint with the Italian giants, Walter achieved global recognition and was regarded as one of the greatest centre backs this game has ever witnessed. He switched to coaching and was a technical coach of Inter in 2016 under the guardianship of Stefani Pialo.

While the Italian is remembered for the infamous tussle with Zinedine Zidane, there was much more to his game than just that incident. He was a remarkable defender and played an essential role in Milan’s glorious period. Despite being involved only in the back end that season. Materazzi made the most of the limited opportunity. After leaving Milan, Marco took a long career break before joining Indian football league club, Chennai as a player-coach and led them to a title victory in the 2015-16 season before drawing curtains on a coveted career.

Another iconic defender who was a part of Jose Mourinho’s dominant force. Chivu made notable contributions during his time with Milan. He was once wanted by both Barcelona and Real Madrid in 2007. After putting an end to his international career as a player, Chivu donned the role of a coach and is currently managing the Inter U-17 side.

David was one of an upcoming full back prospects at that time. Throughout his career, Santon had several loan stints before he permanently made a move to AS Roma in 2018. The promising talent failed to realise his true potential but was a part of Milan's treble winning season.

Stankovic was a pillar in the midfield for Milan. The stalwart was regarded as one of the greatest midfielders of the 2000’s era. He featured in 231 games and was a consistent performer for Jose’s squad. Dejan has now shifted to coaching. He is currently managing the Red Star Belgrade.

Motta was one of the chief architects of Milan’s triumphant run in 2010. The supreme midfielder added solidarity in the middle and spent the prime of his career in Italy. He then went on to represent Barcelona, Atletico Madrid, Paris Saint Germain. He then started coaching with the PSG under 19 side and was appointed as the head coach for Genoa later before getting dismissed in December last year.

The Argentine midfielder was an integral part of the Inter side who created history. He alongside Motta controlled the mid field play for Milan and were quite successful in moving the ball throughout the pitch. After staying for 10 years at San Piero, Cambiasso moved to England to play in the Premier League. He represented Leicester City before joining Greek giants Olympiocos.

The Dutchman was one of Jose Mourinho’s main men in midfield. He was one of the primary reasons behind Milan’s treble winning season. He assisted Diego Milito with the winning goal in the Champions League final against Bayern and played a crucial role in chance creation. Sneijder represented Galatasaray in 2013 and then went on to play for french outfits OGC Nice and Qatari outfit Al Ghara before retiring in 2019,

Another midfield maestro who made his move from Italy to England. Agility, persistence and ability to move in dangerous positions made Muntari a valuable asset. His quick feet and movement off the ball earned him the reputation as one of the most effective midfielders of that era. After dedicating four years to Inter, Muntari joined direct rivals AC Milan. The former Ghanian international had various stints ranging from Saudi Arabia’s Al-Ittihad to Serie B’s Pescara. The 34 year old is one of the few members of the treble winning squad to not hang his boots.

Over the years we have seen numerous football players developing their own signature move - The Ronaldo chop, Ronaldinho’s elastico. One such player who can boast of developing his own skill is Ricardo Quaresma. Quaresma is known for scoring absolute belters using trivela. He has made the art of shooting the ball with curl using the outside of the boot has been mastered by the skillful winger. He is another player in this list who is still active on the football field. Ricardo was a squad player during his time at Inter.

Balotelli was a youngster in the 2009-2010 season but still managed to score 11 goals in 40 appearances coming from the bench. He is another active player on this list. The Italian forward currently plays for Turkish club Adana Demirspor.

Goran’s first spell at the club was not that fruitful but his second spell was quite special. The Macedonian forward also played his role for Inter during the historic season. The 36 year old has featured in top flight clubs in the Serie A. From Lazio to Napoli, Pandev has been a leading performer. He then moved to Turkey to play for Galatasaray only to return back to Italy to compete in the Serie A. He currently plays as a forward for Genoa FC.

Milito was unquestionably the primary weapon for Jose in the treble winning season. He ran riot and scored 30 goals in 52 games which also included a brace against Bayern Munich in the UCL final. After spending the glory days with Inter, the stalwart went back to his boyhood club, Racing before stepping down.

Eto’o was one of the most decorated football players of his generation. He was simply amazing as a forward and Mourinho’s idea of coupling him up with Milito paid dividends. The duo combined well and formed a solid pair at the front line. The Cameroonian striker scored 16 during that season and 37 goals in the following season. He alongside Milito upfront made life difficult for the opposition players.