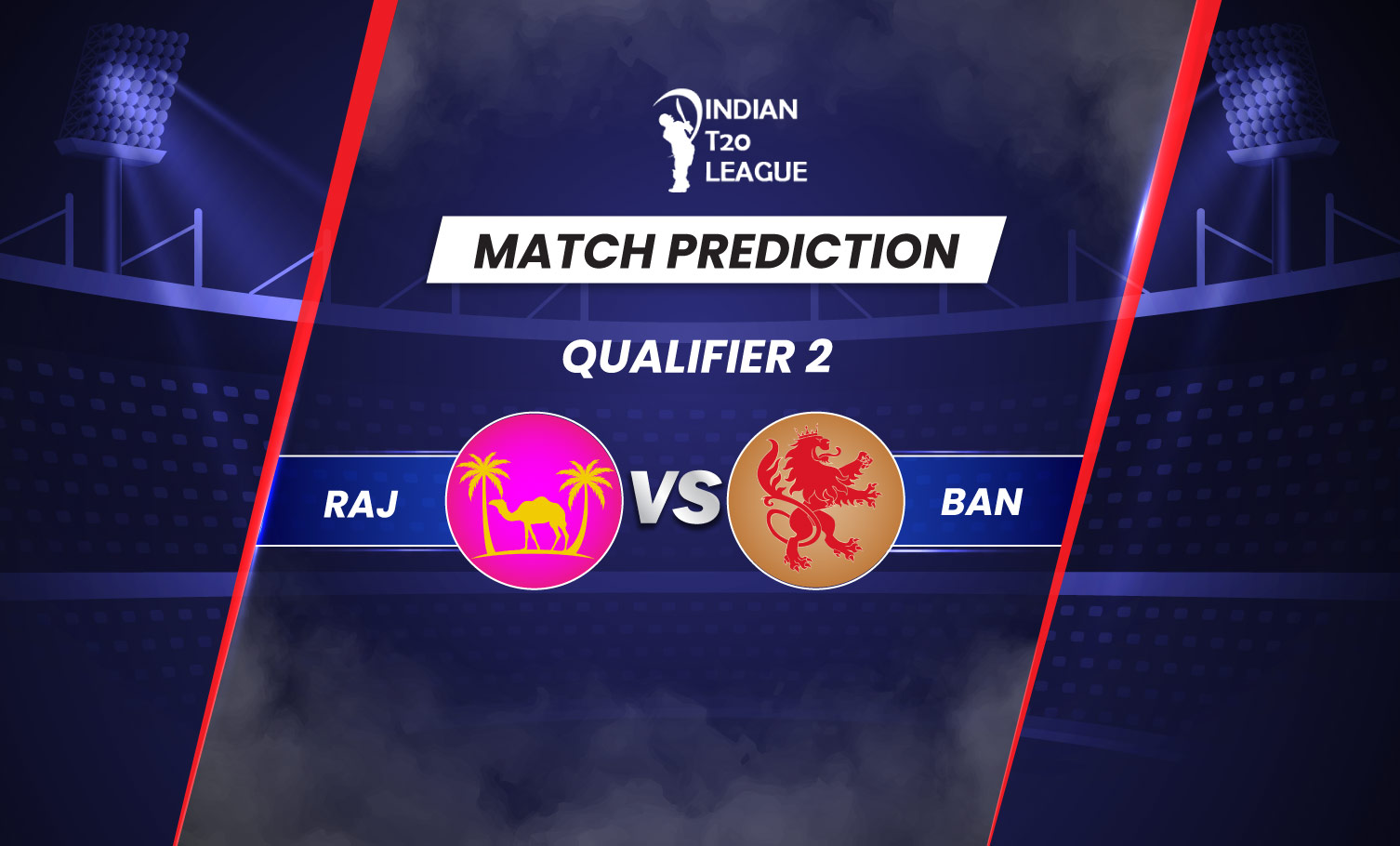 After defeating Lucknow in the Eliminator, Bangalore will look to carry the winning momentum in Qualifier 2 against Rajasthan and book a place in the final. Rajasthan on the other hand would be eager to rectify the mistakes they committed during their last encounter and emerge victorious. Both teams will face each other at the Narendra Modi Stadium in Ahmedabad.

Rajasthan were humbled by Gujarat in their last game. Batting first Rajasthan posted a decent total of 188. Thanks to Jos Butler’s 56 ball 89. Gujarat in reply successfully chased down the total with three balls to spare. The former champions failed to execute their plans as a bowling unit and as a result paid the price. Butler, Sanju Samson and Padikal will be the batsmen to watch out for whereas Prasidh Krishna, Trent Boult and Yuzvendra Chahal will hold the key within the bowling prowess.

In what promises to be an exciting affair, both Rajasthan and Bangalore will come hard at each other. Faf and co will be riding high on confidence particularly after their good all round performance in the last game. Rajat Patidar scored a magnificent century against Lucknow to propel his team to a gigantic total of 207. Then the Bangalore bowlers stepped up to the occasion and successfully defended the total.  Faf, Virat Kohli, Patidar and Dinesh Kartik will be the key batters to keep an eye on whereas Harshal Patel, Josh Hazewood and Wanindu Hasaraga will shoulder the bowling responsibility for the men in red.

The surface of the Ahmedabad Stadium has red soil which tends to dry off sooner and assist the spinners. The batters usually find it difficult to get going here and the venue has seen some low-scoring games as well.

Both teams will come hard at each other. Expect an evenly matched contest between bat and ball. If we were to pick a winner then we will go with Rajasthan. We believe Rajasthan have a better balance within their squad.

Jos Butler is in tremendous form off late. With nearly 700 runs, the dashing Rajasthan opener is the leading run scorer in the tournament.

Trent Boult hasn’t had the best of seasons thus far but we know his prowess with the new ball. He can cause some serious problems for Bangalore batters during the initial passage of play.

Rajat Patidar is coming on the back of a match winning hundred. He went bonkers right from ball one and stayed right at the end during the Bangalore innings. He is timing the ball like a dream and it would be interesting to see how the youngster paces his innings against a strong bowling attack

Wanindu Hasaranga has already picked 25 wickets in the tournament. The crafty spin bowler has troubled opposition batters with his clever and subtle pace variations. 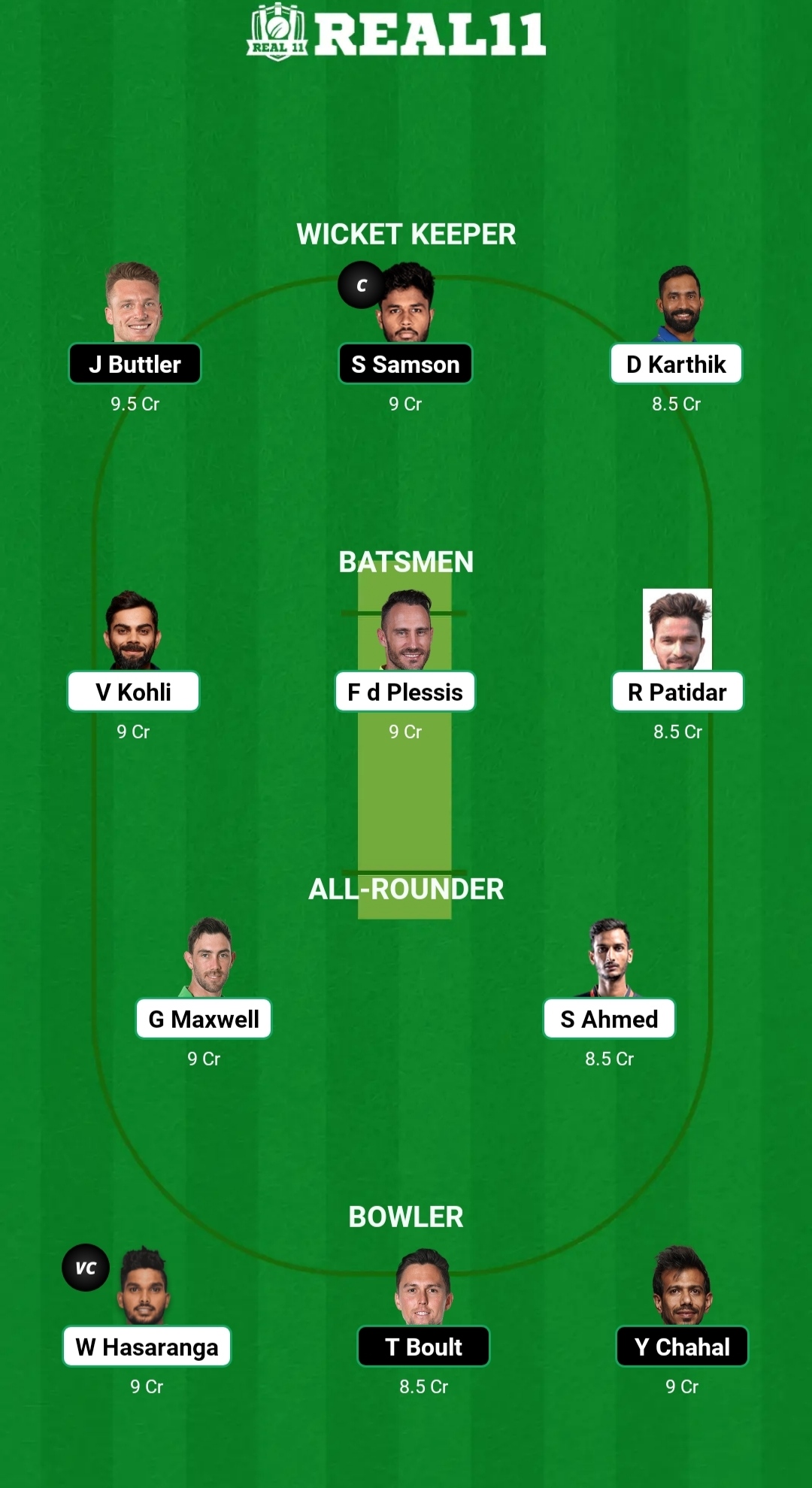 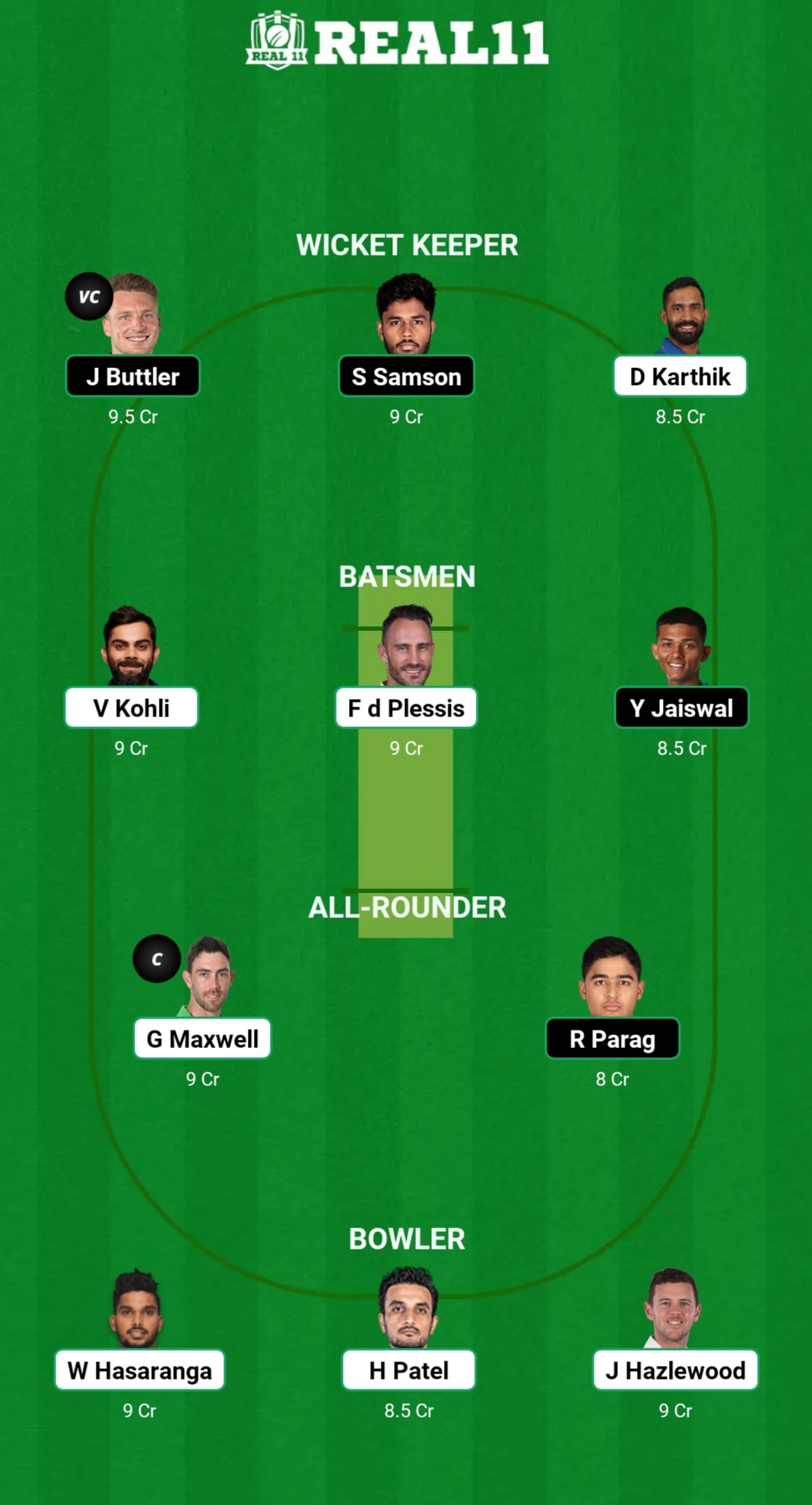