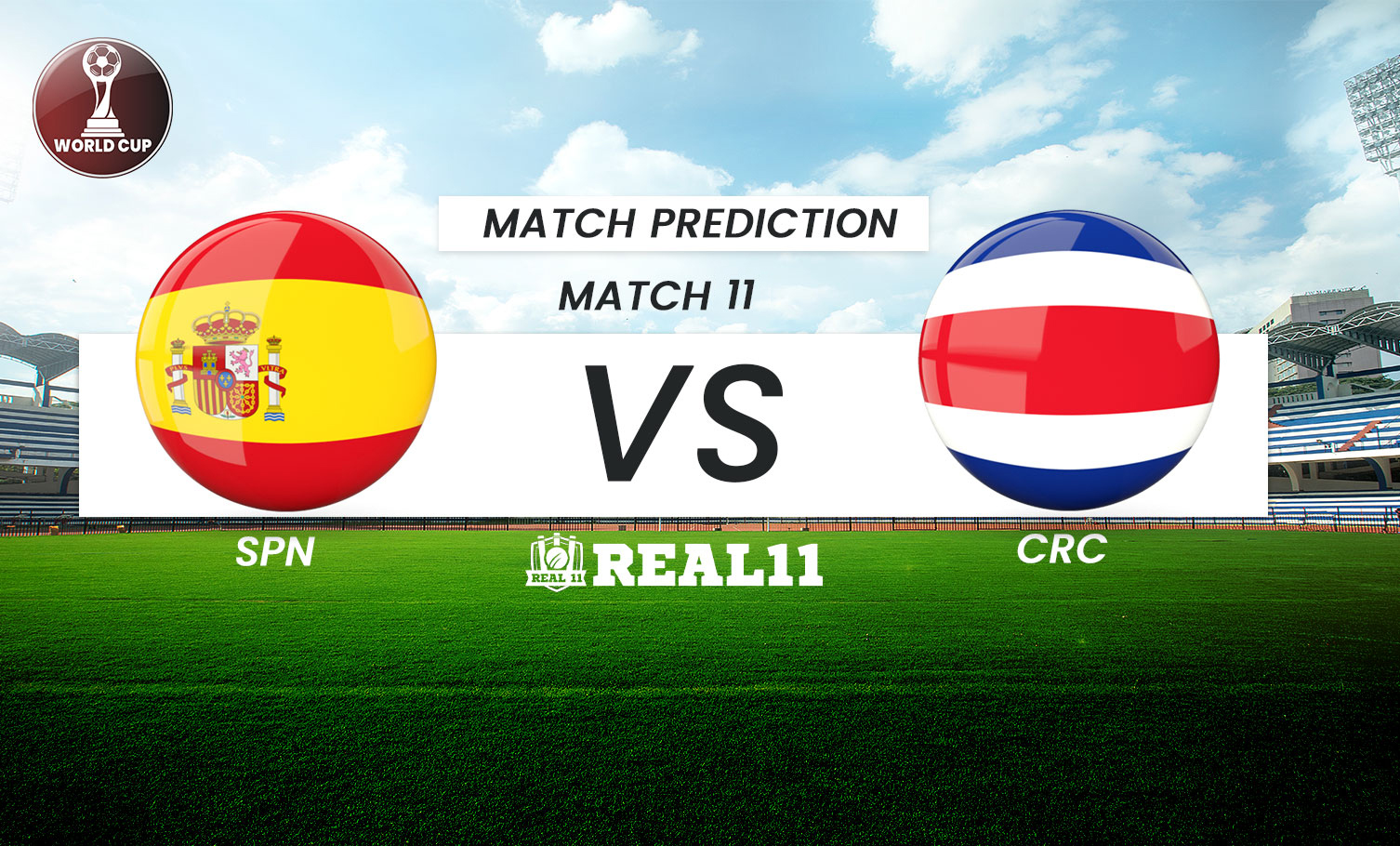 Spain faces Costa Rica this Wednesday in the match that will complete the first date of group E of the World Cup 2022, completed by Germany and Japan. The match will be played at the Al Thumama stadium from 09:30 PM IST with the refereeing of Mohammed Abdulla, from the UAE. SPN begins its passage through the World Cup as one of its favorite teams to fight for the title despite the youth of its squad.

With a list plagued by surprises by the football manager Luis Enrique, Spain comes to the match against Costa Rica as a wide favorite to come out on top and face the clashes against Germany and Japan with more integrity. True to the style of Barca, ​​where he grew up in football, the Spanish coach has instilled in this talented group the need to retain the ball and find space with constant touches and rise from the wings.

For this, a lot of talent is available, such as the youngsters Gavi, Pedri, Pablo Sarabia, and Ansu Fati, while up front Álvaro Morata is called to be number 9 in the team, although he is doubtful for the game against CRC game due to muscle discomfort. "Our goal is to reach the final, if possible. If we can play seven games, why settle for five? It's our goal, but also that of the other teams present. We have to have faith in our work," said the Spanish DT Luis Enrique.

Luis Enrique made a squad without goalkeeper David De Gea, 32, and without experienced defender Sergio Ramos (36), a member of the squad that won the World Cup in South Africa as midfielder Sergio Busquets (34).

The Costa Rican team is considered the Cinderella of Group E after reaching this stage by way of the playoffs by beating NZ 1-0. Led by the Colombian Luis Fernando Suárez, the Ticos will play their third consecutive World Cup and will have to face it with a tough first game against Spain.

Since joining the Central American team, Suárez has implemented a tactical system that appeals to defensive order and counterattack, taking advantage of the speed of his full-backs, an ideal style of play to face a European team that will surely take possession of the ball.

The figure of this team is the PSG goalkeeper, Keylor Navas, who was a figure in the Central American qualifiers for his country, while Brayan Ruíz will play his third World Cup, and although he will not start, he is the leader and captain of this team.

As for CRC, which finished in fourth place in the Central America hexagonal, behind Canada, Mexico, and the USA, the Spanish coach estimated that "it will fight, it will complicate our lives and we must be vigilant "We know Costa Rica and its peculiarities. Keylor Navas, Joel Campbell. They have experience at this level, they know what it means to play a World Cup, with an expert manager", Enrique praised his Colombian colleague Luis Fernando Suárez.

It will be Costa Rica's sixth participation in a World Cup, in which it will seek to at least match the quarterfinals of Brazil's WC.

SPN: Spain will benefit from Sergio Busquets and Gavi, who are expected to pose a lot of difficulties for the opposition. Plus, they have midfielder Pedri, a special player who can play as a wide playmaker.

CRC: Costa Rica's star player Keylor Navas will be essential to his national side's success if they hope to win. Navas is one of the finest goalkeepers in the history of the game.

The first games of a World Cup are always complicated by stress and the importance that this brings. And while this could be the case with a Spain team forced to perform well, the talented group of youngsters will make things much easier. Costa Rica is a very tough and organized team defensively, but without many arguments to bother Spain in attack, so this game will go one way through the control of the Spanish ball. 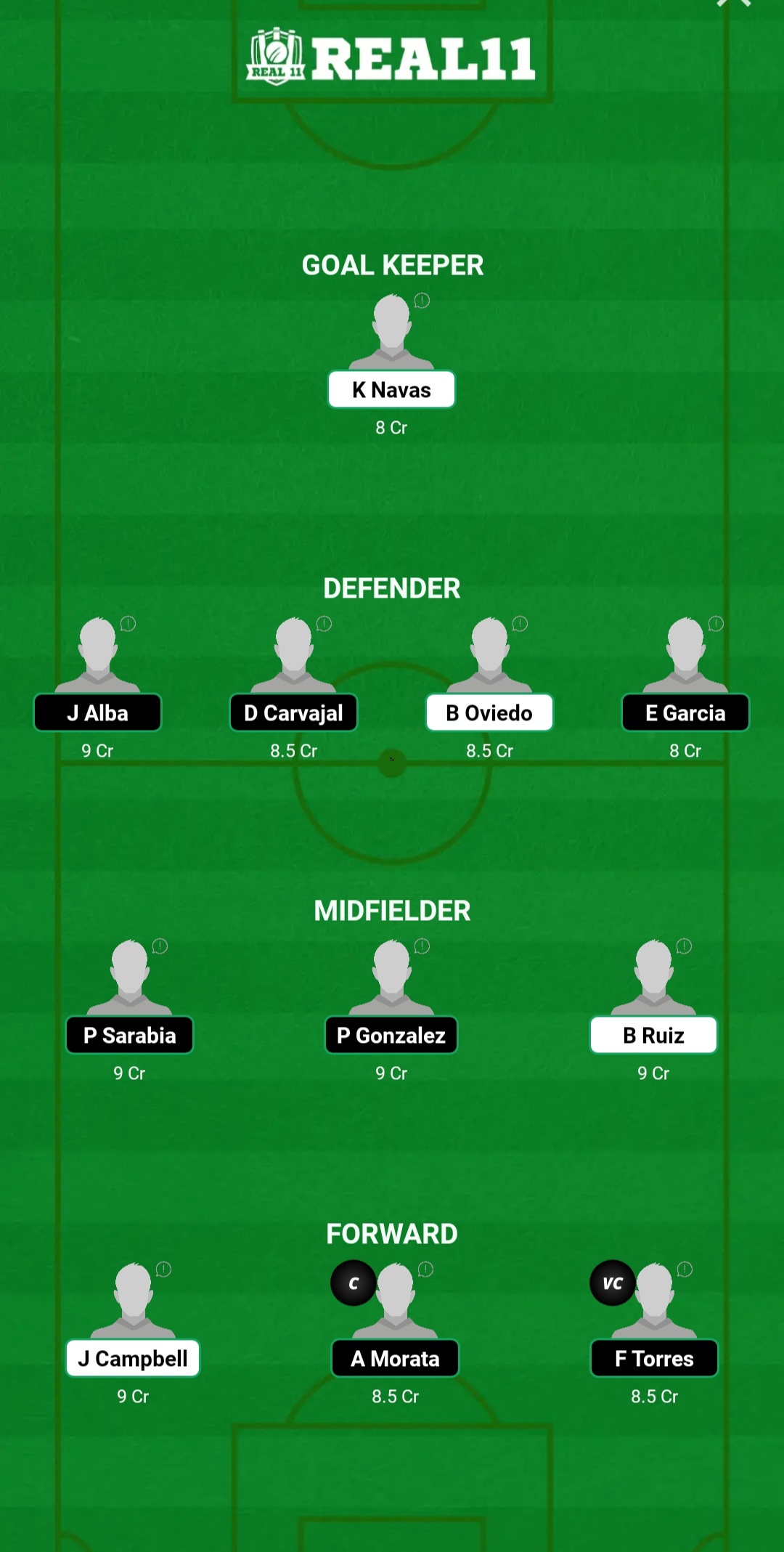