Pakistan and Hong Kong will battle it out for a place in the Super 4 stage of the Asia T20 League 2022. With only one spot remaining, the two teams will fight tooth and nail to advance through the next round. Both sides lost their respective opening games against India. While Pakistan faced a 5 wicket loss, Hong Kong lost their tie by 40 runs.

Despite not starting their campaign on a winning note, Pakistan would be pleased with the way they played. They showed a lot of character and fought like a warrior defending a moderate total of 147. Their bowling prowess in particular were mighty impressive in the last game. The pace trio of Naseem Shah, Shahnawaz Dahani and Haris Rauf looked promising. Shah was the only pacer to pick wickets, the others kept a hold on the flow of runs. Naseem Shah bowled with a lot of heart and took two major scalps. Mohommad Nawaz’s bowling was also a big positive for the men in green. Pakistan have got almost all the boxes ticked in their bowling department however when it comes to batting then they have a lot to worry about. The Pakistan batting revolves around Babar Azam and Mohommad Rizwan. The two have done the majority of scoring for the green army in T20Is this year. The other batters will need to pull up their socks and try to take some burden off their opening pair.

Hong Kong’s dream journey at the grand event could end with just one loss. It’s now or never for the Asian side. They have performed exceptionally well up till now. Even in the last game, they managed to muster 150 runs against a strong opposition like India. As a batting unit, the Asian side has done well. Babar Hayat, Nizakat Khan and Kinchit Shah will be the batters to keep an eye on. Their bowling however hasn’t been up to the mark. While the pacers have struggled with their line and length, spinners have failed to maintain consistency. Ahead of the key encounter, let us have a look at how these two sides will fare out in the clash.

The weather is expected to be oppressively hot during the tournament, and Friday in Sharjah won't be any different. The tight margins may also entice the batters, but lately the slower bowlers have tended to do well here.

Babar Azam: We don’t see why one would exclude Babar Azam in their squad. He is the number one batter in T20I cricket who has amassed over 2696 runs at an average of 44.9.

Babar Hayat: Hayat is one of the better top order batters in the Hong Kong squad. Aggressive by nature, Babar has the ability to go ballistic from ball one.

Shadab Khan: Shadab Khan is a man for all occasions for Pakistan. He can bat, bowl and is an excellent fielder.

Mohammad Nawaz: He is a bright prospect for Hong Kong. The 28 year old kept his side in the hunt picking 3 wickets defending a moderate total of 147 against India in the last game.

Shahnawaz Dahani: Despite going wicketless in his previous tie, Dahani was able to put a halt on the flow of runs. Expect the speedster to come good in the virtual eliminator

Mohommad Hasnain: Hasnain will most probably replace the injured Naseem Shah in the squad. We fancy the quickie to be amongst wickets tonight.

Mohammad Rizwan: The wicket keeper batter is world’s number two batter in T20I cricket. He alongside Azam will play a critical role for Pakistan in the batting department.

Kinchit Shah is our pick for this segment. The Hong Kong all rounder played a good hand against India in the last game. He is a crafty customer with ball in hand who tends to keep a check on opposition batters. Assigning him as the captain can however be deemed bonkers. You will play a huge gamble by picking Shah as the skipper of your fantasy XI.

Pakistan are overwhelming favourites to win this encounter. They are a threatening T20I unit who will fancy their chances against a relatively inexpereinced Hong Kong 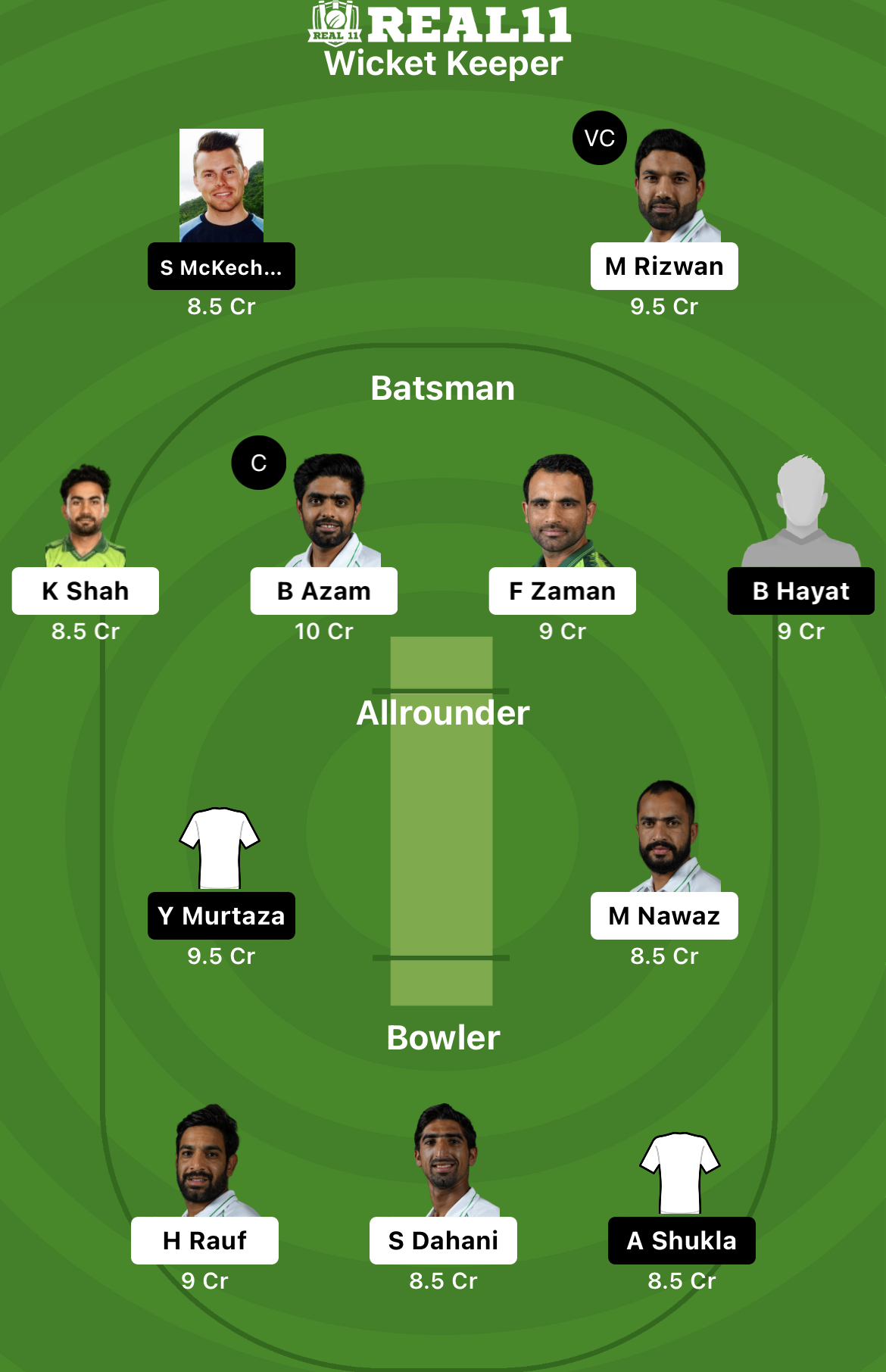