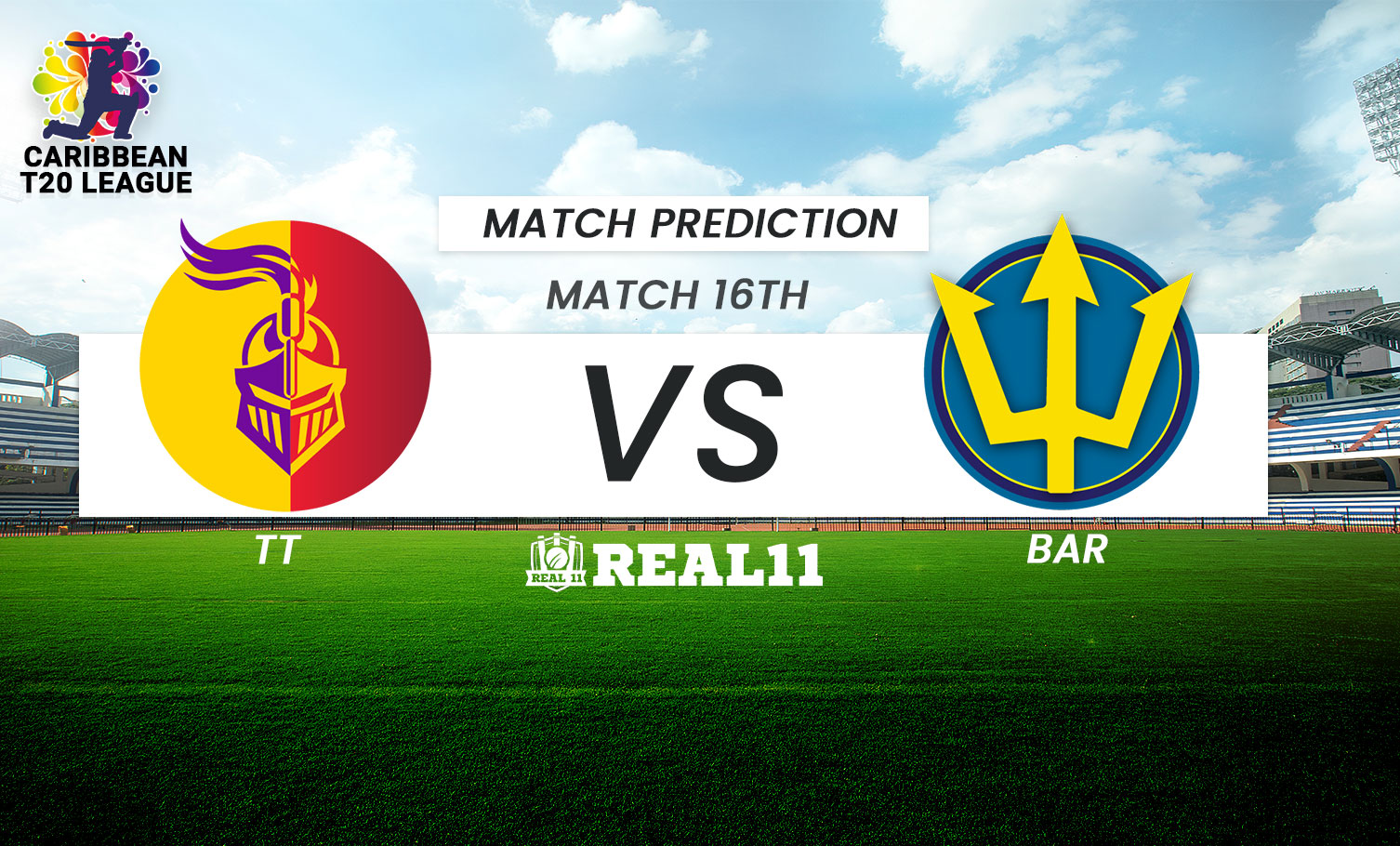 BAR and TT will play each other in game 16 of the ongoing edition of the Caribbean T20 League 2022. With 5 wins in as many games, the Royals are at the top of the table in the standings. TT on the other hand are languishing at the bottom of the table with only a solitary win in 4 games. With the business end of the tournament fast approaching, Kieron Pollard led side needs to pull up its socks.

A change in the skipper has brought about a change in fortunes for BR. Skipper David Miller has been a breath of fresh air for his side. The team has benefited greatly from the captain  who has shown fearless leadership. They've won five straight games, and they'll now aim to carry forward the winning momentum. Corbin Bosch and Quinton de Kock have been the prime catalysts for the triumphant run.  Apart from them Jason Holder has been their main player with ball in hand. The Caribbean all rounder has bagged 6 wickets so far. He will shoulder the bowling responsibility for the Royals.

Knight Riders have lost their way and don't seem like the kind of franchise that has won two championships. Their senior players Nicholas Pooran and skipper Pollard both have failed to score runs with the bat in hand. If the two time champions want to make it to the playoffs, these two must step up.

Queen’s Park Oval, Trinidad will host match 16 of the Caribbean T20 League 2022. The pitch out here is flat and thus good for batting. Chasing has been the more preferred option here.

Kyle Myres (BAR): The destructive batter is in sumptuous touch this season. He has scored 206 runs in 5 innings at an impressive average of 41.20 and is amongst the top run getters in the tournament.

David Miller (BAR): The BAR skipper has led his team from the front. With a vicious strike rate of 132, the South African has scored runs freely down the order.

Corbin Bosch (BAR): The 28 year old all rounder has played a critical role in BAR’s   unbeaten run this season. Bosch has impressed one and all with his all round heroics.  He has amassed over 151 runs in 5 innings with bat in hand and picked two wickets with the ball.

Obed McCoy(BAR): The lanky pacer has bagged 7 wickets in 5 matches. He has the ability to surprise opposition batters with his subtle pace variations.

Quinton De Kock (BAR): The dashing opener has shown promise in the last few innings. The TT bowlers will look to pick his wicket early in the innings as he can get very dangerous at the back end.

Andre Russell hasn’t lived upto his name this season. The star all rounder has had a quiet 2022 with both bat and ball. But that does not change the fact that he is one of the most fiercest all rounders in white ball cricket. You can play a gamble by assigning him as the captain of your fantasy team. 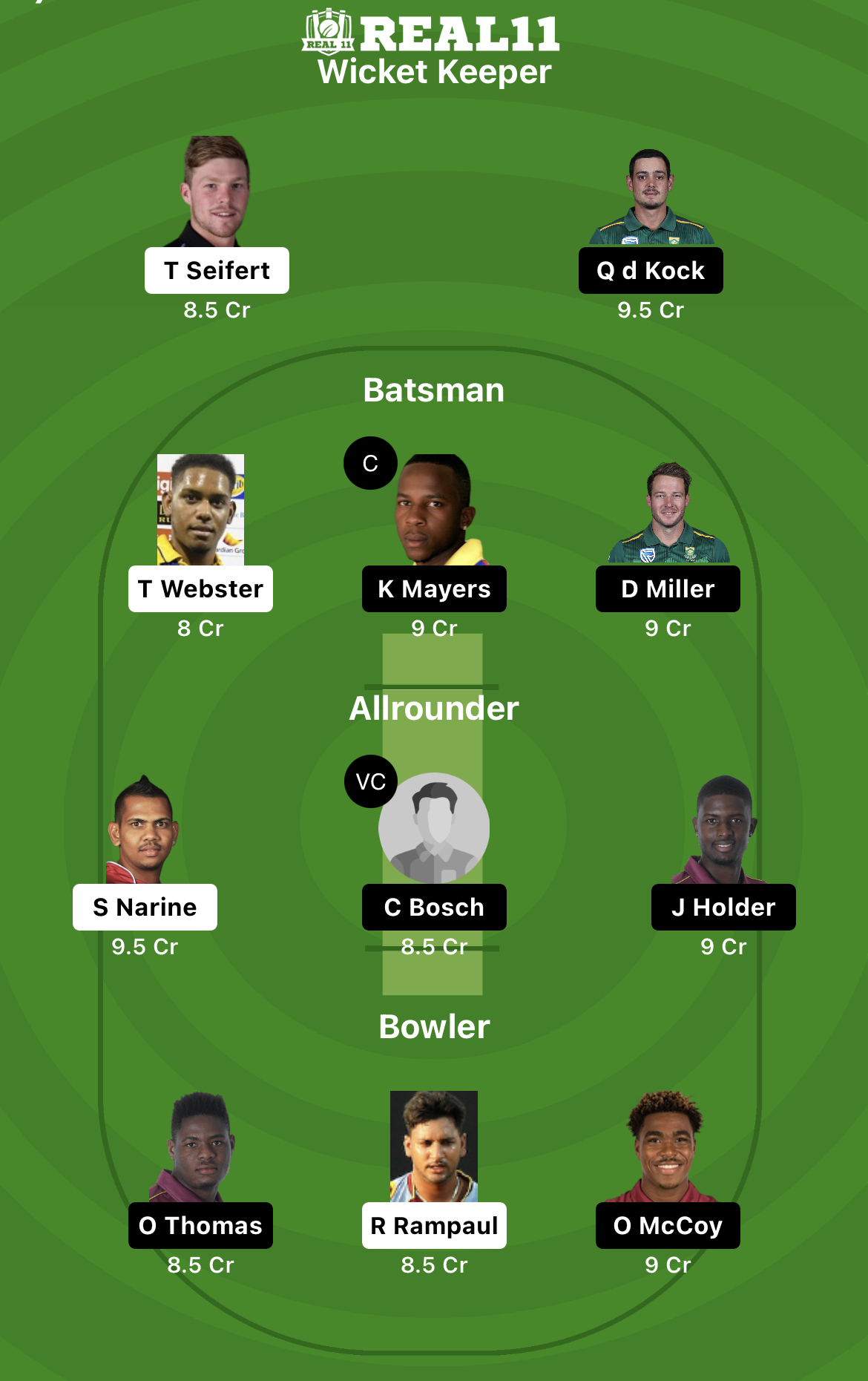