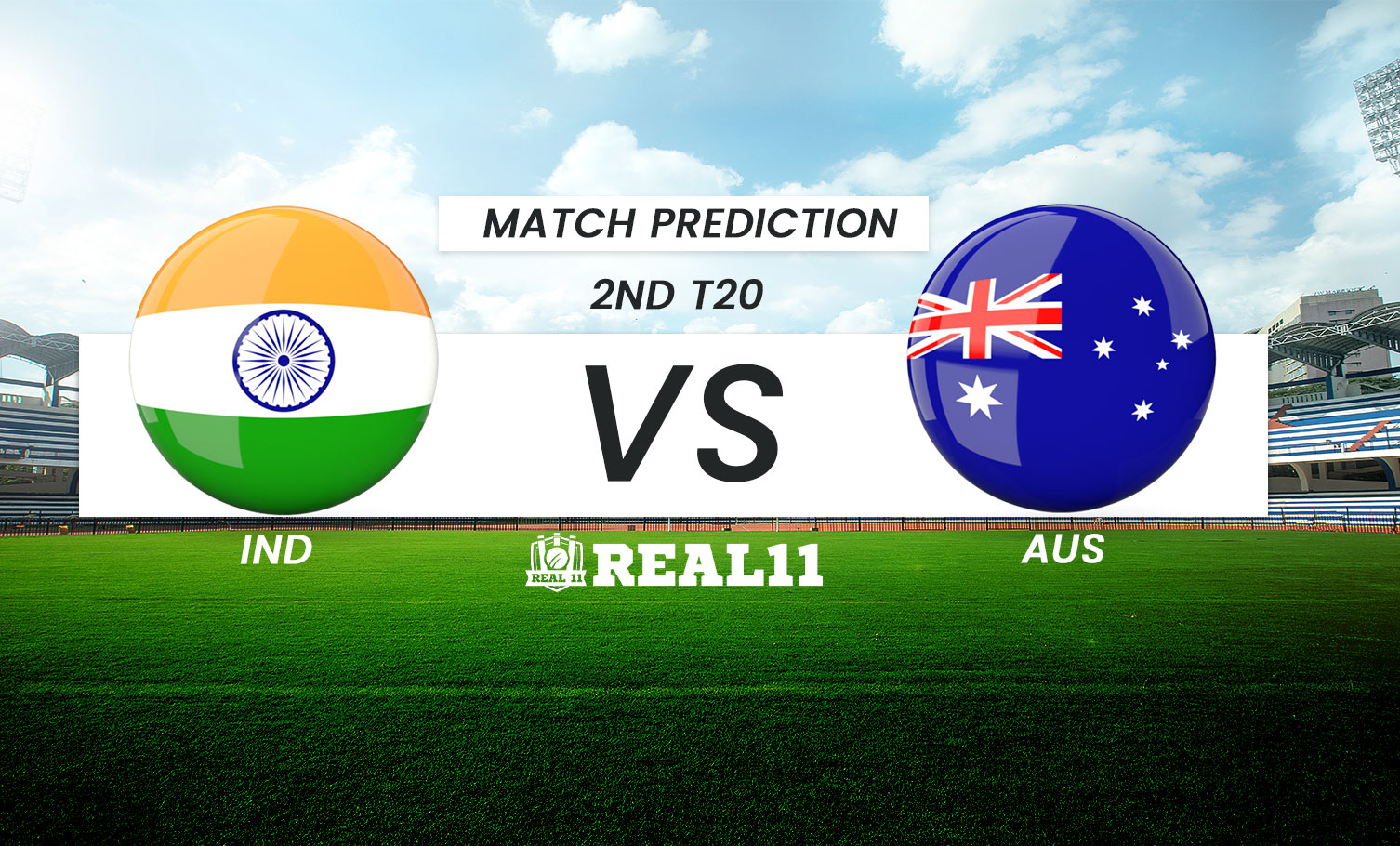 With the series on the line, India will have to bring out their A game and secure a victory  in order to keep the three T20I match series alive. Australia made a mockery of the monumental 209 run chase to emerge victorious in the first T20I. They will aim to carry the winning momentum ahead in this game and clinch the series. The second game of this riveting series will be played on Friday, September 22 at the Vidarbha Cricket Association Stadium, Nagpur.

Rohit Sharma wouldn’t be pleased with the way his team performed in the opening match. Bowlers in particular went for plenty the other day. Batting first India got off to a horrendous start. They lost Rohit Sharma and Virat Kohli very early in the innings. KL Rahul and Suryakumar Yadav then revived the faltering Innings and added 68 runs before Rahul was dismissed by Josh Hazelwood. His departure brought Hardik Pandya to the crease. The flamboyant all rounder went ballistic right from the onset and smashed 71 off just 30 balls to propel India to 208. Australia in reply chased down the total with 4 balls to spare. India bowlers didn’t bowl to a plan and as a result failed to defend the total.

Australia outplayed India in all three departments in the opening game. They were clinical with both bat and ball in hand throughout the course of the match. Their batting department looks potent with Chris Green at the top. The ploy to send Green to open the innings in the last match turned out to be a masterstroke. The promising all rounder smashed a 30 ball 61 to put the men in yellow in firm control. Steve Smith and Matthew Wade made useful contributions with the bat in the first game. They will be hoping to continue from where they left in the last game. In the bowling department, the visitors have the likes of Josh Hazelwood, Kane Richarsdson and Adam Zampa. So, overall they have a well rounded squad which is very capable to clinch the series .

The pitch at Vidarbha Cricket Association has a batting friendly surface and a quick outfield. The average first innings total here is 160 runs, hence both teams will want to bowl first and chase the target.

Virat Kohli: After his stellar performance in the 2022 Asia T20 tournament, the former skipper was only caught out on two runs in the opening game. In the T20I format, he continues to maintain a 50+ average and has scored a century and two fifty-sevens in his previous five innings.

Rohit Sharma: The Indian skipper has been inconsistent recently. However, he continues to be the top T20I run scorer with 3631 runs in 137 matches at an average of 32.13 and a strike rate of 140.57.

Hardik Pandya: In the first game, the star Indian all-rounder scored the highest total of 71 runs off 30 balls but was unable to produce a comparable impact with the ball. He should be in your Real11 team at all costs because of his 955 runs scored and 54 wickets taken in 71 T20 Internationals thus far.

Glenn Maxwell: The top all-rounder, who ranks sixth in the T20 All-rounders rankings and has extensive experience playing in Indian conditions, was ineffective with both bat and ball in the opening game. He has so far amassed 2018 runs in 88 T20I innings with an outstanding strike rate of 153.11 and an average of 30.11.

Jasprit Bumrah: The third-highest wicket-taker for India this year in the shortest format of the game has only played three matches this year. He was unable to compete in the first game  due to an injury but he is expected to return for this game. He will be a key player for the team that holds the ball throughout the final few overs.

Matthew Wade: The wicket keeper batter scored a 21 ball 45 to seal the opening game for his side. He will be eager to continue his good show when the two teams meet on Friday.

Yuzvendra Chahal is our pick for this segment. The crafty leg spinner failed to create any impact in the last game. However, the champion bowler holds an imperious record in this format and we fancy him to do well in this encounter. 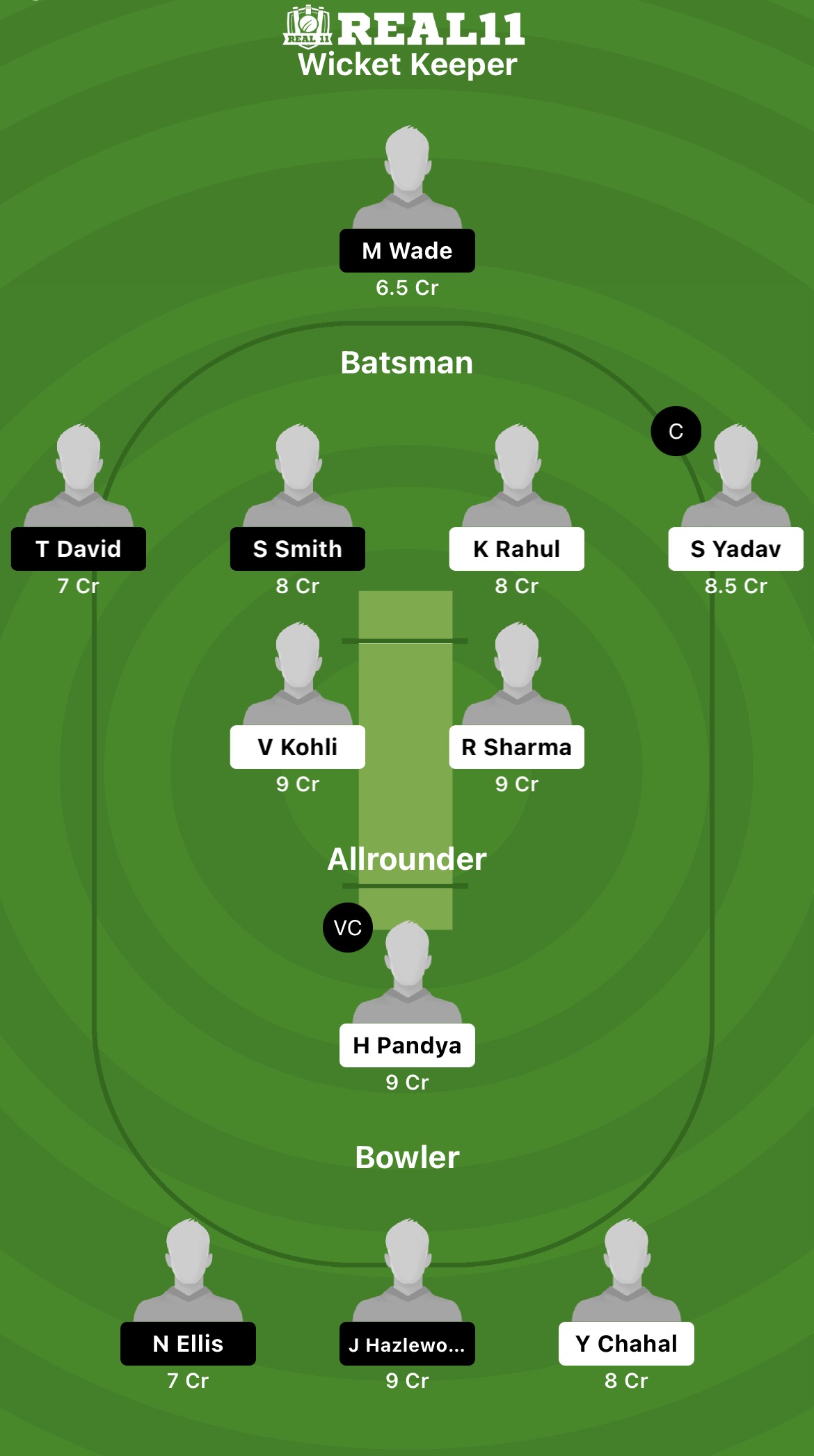