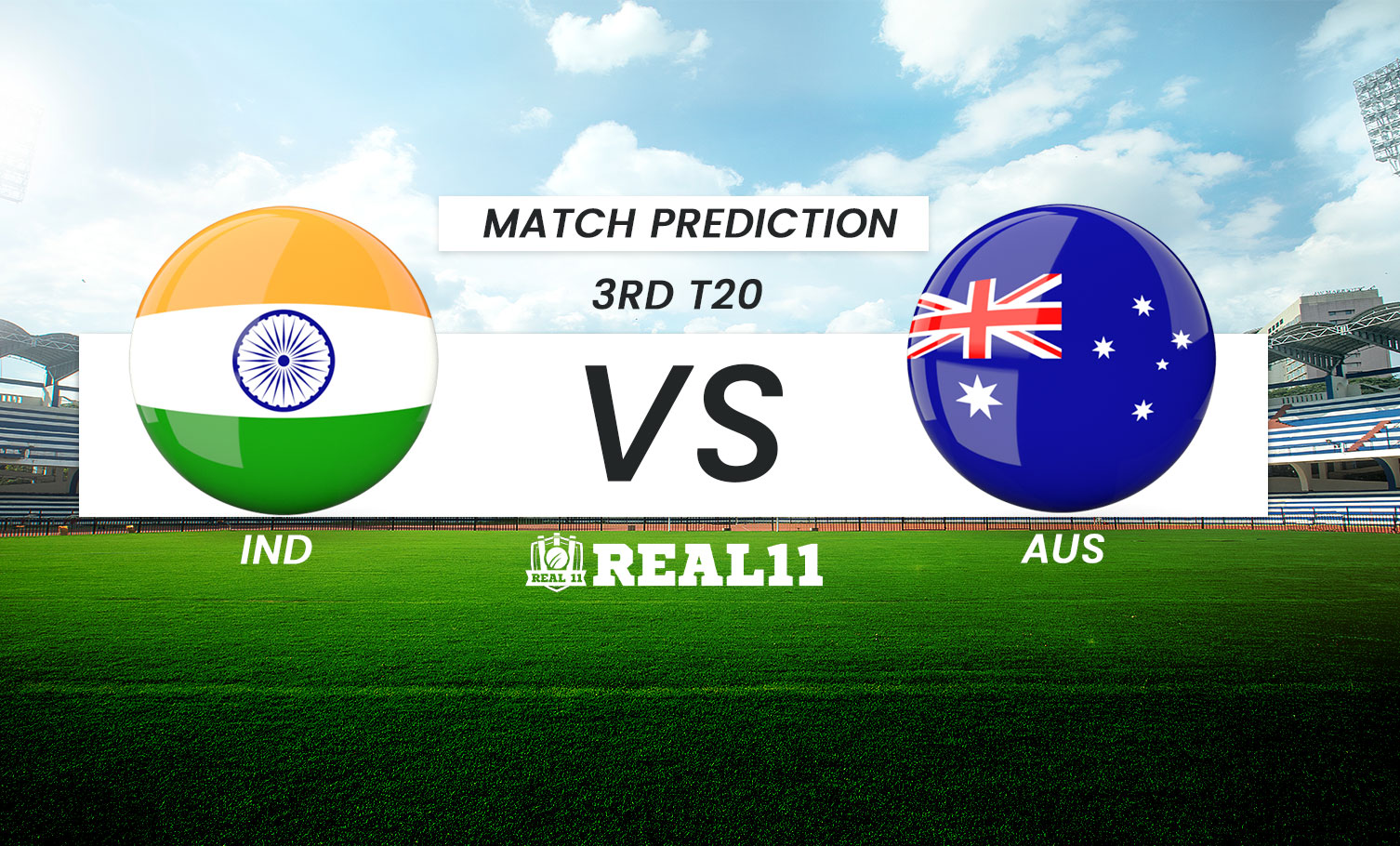 The third and final Twenty20 International between Australia and India will be played on Sunday (September 25). India levelled the three-match series at Nagpur by defeating the visitors by six wickets. The decider promises to be a thrilling affair as the winner will walk home with the T20 trophy.

India ticked the majority of boxes against Australia in the second T20I. The impressive comeback of Jasprit Bumrah from injury was one of the many positives for the men in blue . He was lightning quick and troubled Aussie batsmen with his toe crushing yorkers. Rohit Sharma also found his form again, scoring 46 points in 20 balls. Given his recent performance, India will want Harshal Patel to do well in the third T20I.

For Australia, it will be crucial for the middle-order batters to contribute with bat in hand. Tim David has not yet fired, and Glenn Maxwell is struggling with his form. Matthew Wade has already proven his prowess as a finisher in the series. He’ll be hoping to continue his blitz down the order.

The pitch in Hyderabad is flat and will aid run scoring. Spinners might get some purchase in the later half of the innings.

Virat Kohli: After his stellar performance in the 2022 Asia T20 tournament, the former skipper only failed to score runs in the opening two games. In the T20I format, he continues to maintain a 50+ average and has scored a century and two fifty-sevens in his previous five innings.

Rohit Sharma: The Indian skipper returned to form with a blistering 20 ball 46 to power his side home in the last game. Expect the dashing opener to continue his pyrotechnics at the top of the order

Hardik Pandya: In the first game, the star Indian all-rounder scored the highest total of 71 runs off 30 balls but was unable to produce the same impact with the ball. In the second T20I, Pandya didn’t get an opportunity to bat, but he did bowl decently.

Glenn Maxwell: The top all-rounder, who ranks sixth in the T20 All-rounders rankings and has extensive experience playing in Indian conditions, was ineffective with both bat and ball in the opening game. He has so far amassed 2018 runs in 88 T20I innings with an outstanding strike rate of 153.11 and an average of 30.11.

Jasprit Bumrah: The third-highest wicket-taker for India this year in the shortest format of the game has only played three matches this year. He was unable to compete in the first game  due to an injury but he is expected to return for this game. He will be a key player for the team that holds the ball throughout the final few overs. Bumrah made a resounding return in the last game where he deceived opposition batters with his deceptive pace variations and toe crushing yorkers.

Matthew Wade: The wicket keeper batter scored a 21 ball 45 followed by a 21 ball 43 in the first two games respectively. Wade packs a punch with bat in hand and we fancy him to continue his golden run.

Yuzvendra Chahal is our pick for this segment. The crafty leg spinner failed to create any impact in the last two games. However, the champion bowler holds an imperious record in this format and we fancy him to do well in this encounter.

Both teams are quite balanced, with all-rounders, effective pacers, and strong spinners filling the gaps. But despite that close proximity with one another, India may just have the edge because of home conditions and a relatively stronger batting lineup 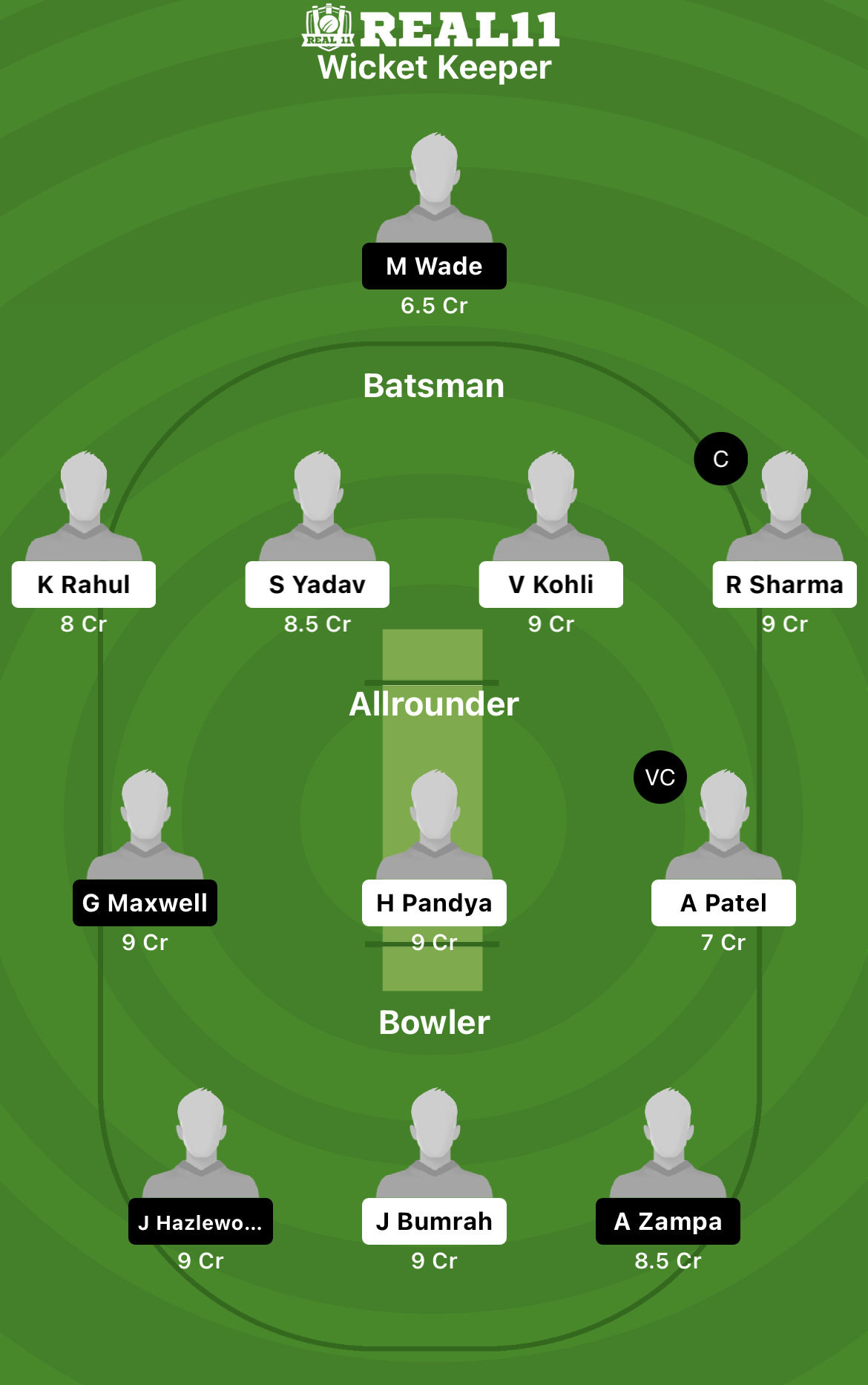