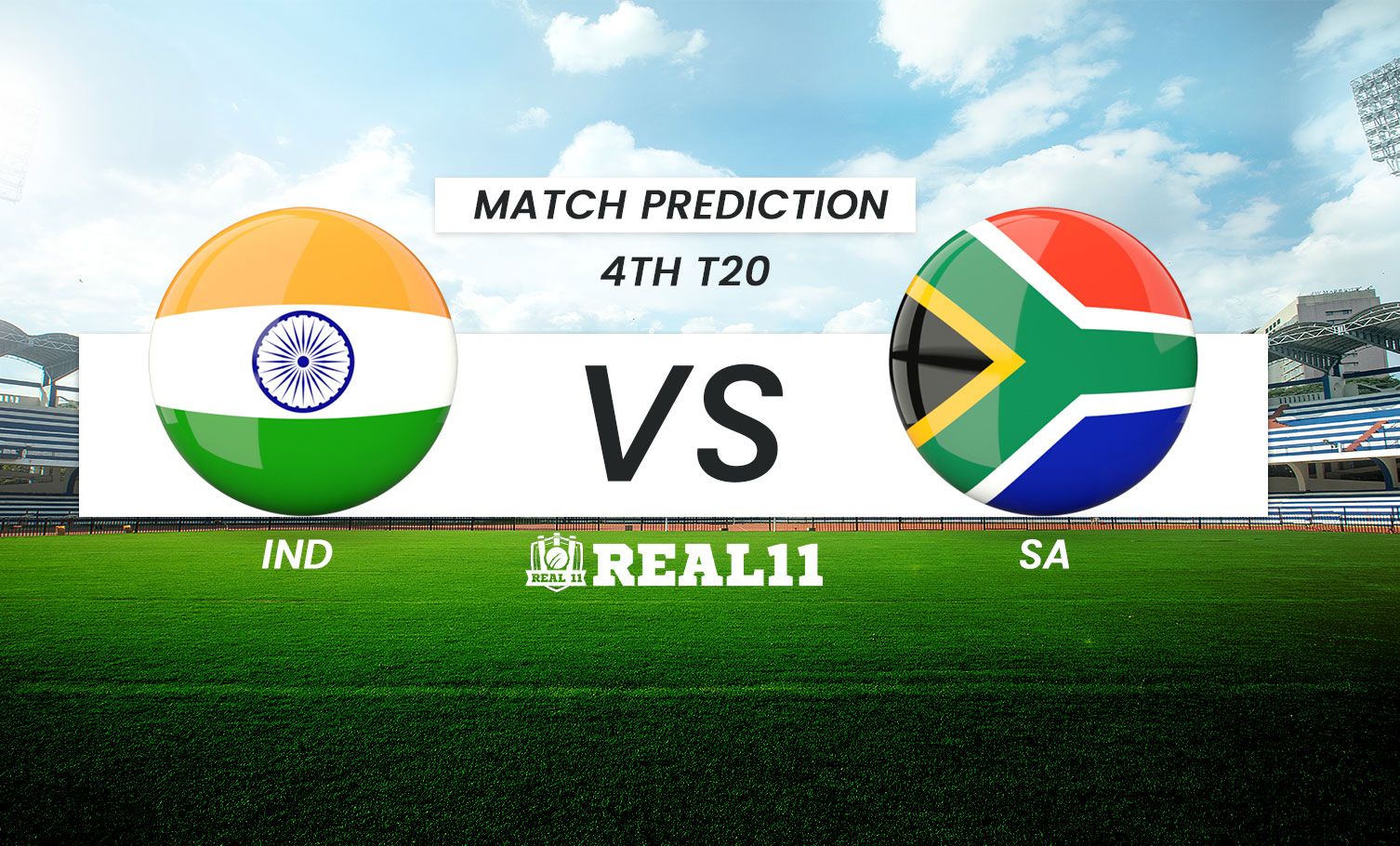 After being bashed by the proteas in the opening two T20Is, India bounced back well to keep the series alive. The penultimate game of this riveting series will be played on Friday at the Saurashtra Cricket Stadium, Rajkot. With the series poised at 2-1, it will be interesting to see how the two sides will fare out in this clash.

The Indian cricket team put together a strong all round performance to revive the T20I series. It was surprising to see skipper Pant go with the same playing XI in the series decider but luckily it worked in his favour. The entire team came together as a unit and played some good cricket to topple the opposition. Batting first India posted a healthy total of 180. Thanks to Ruturaj Gaikwad and Ishan Kishan pyrotechnics at the top of the opener. The duo added 97 runs for the first wicket. Pandya’s late blitz down the order helped the hosts post a competitive total on the board. SA in reply were bundled out for 131. Indian bowlers  picked wickets at regular intervals to put pressure on the set batters. It was good to see Yuzvendra Chahal coming good in the do or die encounter. The ace spinner gained success from going back to his strengths. He ended the game with impressive match figures of 3/20.  Other Indian bowlers chipped in with critical strikes to break the back of SA batting.

South Africa were caught off guard in the previous game. With 2-0 up in the series, the visitors might have fancied their chances but they didn’t play the kind of cricket they would have wanted. Bowling department did well to pull things back. At one stage, India were looking to easily go past the 200 run mark but SA bowlers did well to restrict them to 179. As a batting unit, the men in green faltered. They failed to put together a long partnership and eventually fell well short.

The pitch at Saurashtra Cricket Stadium is traditionally good for batting. The average first innings total on this wicket is 183 and the bowlers will have a tough day at work.

India made an emphatic comeback in the series. With a win under their belt, they will now fancy themselves to go all the way through. They, however, will face a stern test in the form of SA. Expect a cracking contest between bat and ball. We predict India to win this encounter and level the five match series.