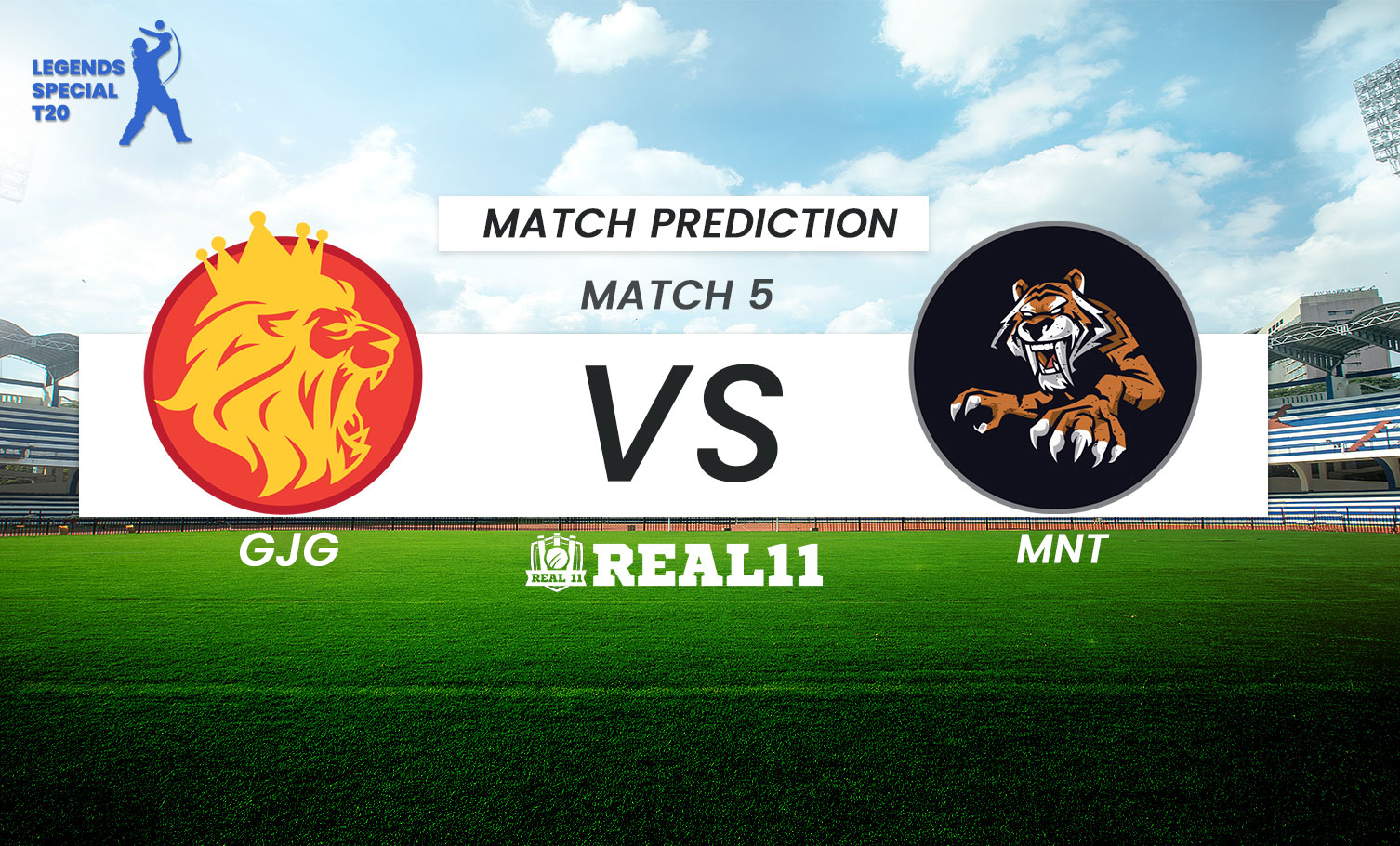 GJG will clash with MNT in the fifth match of the Legends Special T20 2022 at the Arun Jaitley Stadium in Delhi on Thursday, September 22.

GJG and MNT clashed with each other in the 3rd match of this season in which GFG came out victorious by two wickets. MNT while batting first scored 120 runs with the likes of Mohammad Kaif and Ravikant Shukla jointly scoring 56 runs. The opponent’s bowling attack was led by Ashok Dinda and Tillakaratne Dilshan who picked a couple of scalps each. Being on the chasing side, GJG chased down the target of 121 runs in just 17.2 overs. Parthiv Patel scored the maximum from this side (34 runs off 17 balls) leading to their second win.

The pitch in the Arun Jaitley Stadium is a well-balanced surface for both the batters and the bowlers. Although the pitch will assist the seamers more than the spinners. The pacers will be able to disturb the batters in the initial phase of the match and the spinners will be able to put a check on the run rate. The captain winning the toss will choose to chase the target. The last two out of three matches played on this pitch have been won by the bowling side.

GJG are in the seventh heaven after winning both their matches in this league. They are definitely ahead of MNT to win the third match and remain undefeated this season.