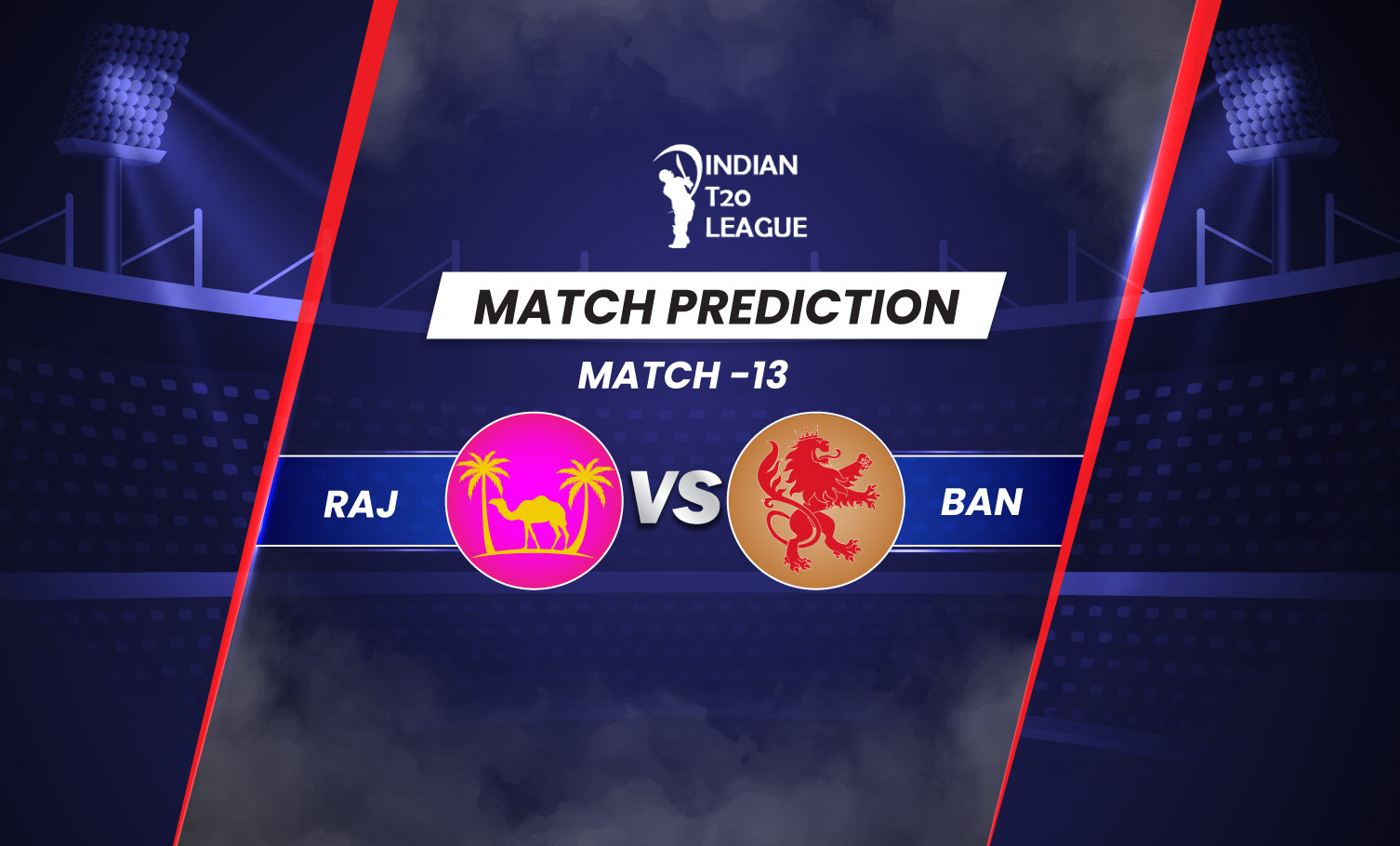 Rajasthan are on a roll and are sitting at the top of the points table. Bangalore on the other hand, had a slow start but defeated Kolkata in the previous match to win their first match of the season. Against the mighty Royals, the men in red will not find enough room to dictate the pace of the pace and that is exactly where their big boys need to step up. Faf Du Plessis and Virat Kohli play a huge role in this team and whenever these two fail, the team comes under a lot of pressure. Dinesh Karthik has done really well in the previous two matches but there’s still a lot to show and lot to prove.

When you talk about Rajasthan, you can’t really tell whether batting or bowling is their strength. When all the other teams are suffering by batting first, Rajasthan is winning games pretty comfortably. Jos Buttler scored a hundred in the previous match and almost every player in their team is in form and there’s no such area that they need to improve. If all their players play their natural cricket, Rajasthan are by far the strongest team of this year’s Indian T20 League and to stop them, the bowlers of the Bangalore team need to dismiss Jos Buttler and then put a lot of pressure on their middle order. Swing can cause a bit of trouble and thus Mohammed Siraj needs to start well. Wanindu Hasaranga was brilliant in the last match and he will have the same role of destroying the middle order of Rajasthan in order to stop their force.

The problem however is that players like Jos Buttler and Sanju Samson plays the spin well. If the pacers fail to dismiss these two early, a lot of pressure will be on Hasaranga and Shahbaz Ahmad. Trent Boult and Prasidh Krishna have already proved to be fatal with the new ball in hand and without a doubt, Faf Du Plessis and Anuj Rawat will be under pressure. Virat, who isn’t a good player of left arm swing, will also be under pressure against Trent Boult. Yuzi Chahal will also have a point to prove. In short, Rajasthan looks really dangerous and will be the favourites to win the match.

Normally, teams batting second are winning matches in this year’s tournament but you can’t associate Rajasthan in that group. However, they would like to bowl first as well if they win the toss. The pitch will not change but dew will play a role.

Like said, Rajasthan are the favourites to win the match but how can you count Bangalore and King Kohli out? Once he gets going, you can’t stop him and the same goes with Faf. So, even though Rajasthan will start as the favourites, Bangalore can cause some damage.

Jos Buttler is in superb touch. After scoring a beautiful century in the previous match, he will be full of confidence and it will be very tough for Bangalore if they don’t dismiss him early. He is a kind of cricketer, who can change the shape of the match within an over.

Faf Du Plessis is a very important member of the Bangalore family. With Virat Kohli out of form, the South African needs to step up and get the job done. He has done well in the previous two matches and that’s what makes him a top fantasy pick.

Prasidh Krishna has been brilliant in short. He is taking wickets with the new ball and his pace is helping him choke the batters. If he keeps on playing this good, Krishna will soon feature in all the three formats of the game.

Wanindu Hasaranga managed to stop Kolkata in the previous match and he will have the same responsibility again. He just needs to score some runs and be a bit consistent in order to help Bangalore be a bit more consistent.

Trent Boult is a perfect fit for this category. He is in good form and not a lot of users will give him the baton. Take the risk and make him your captain and who knows, maybe you can take all the money home.