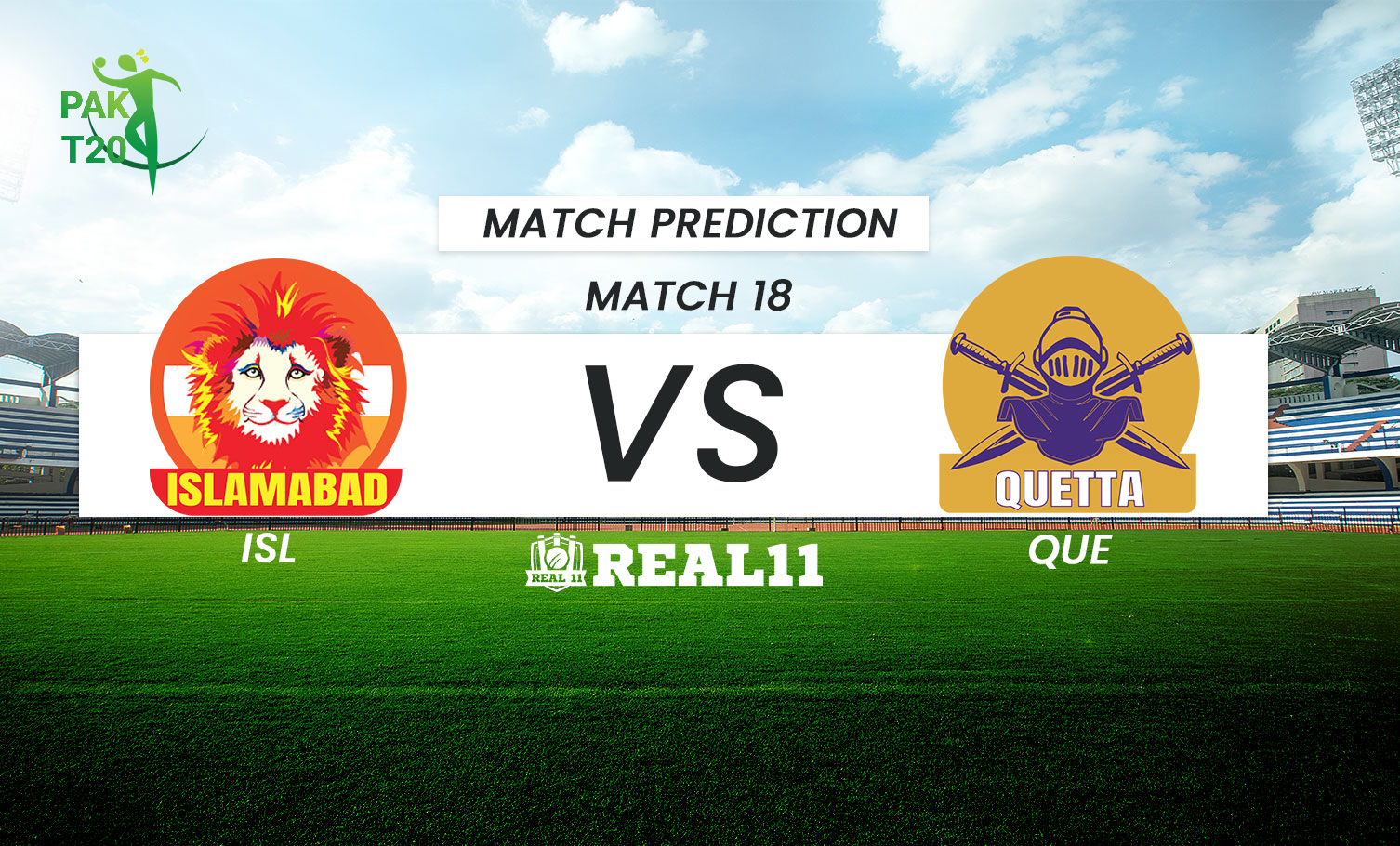 Islamabad (ISL) will take on Quetta (QUE) in the 18th match of the Pak T20 League 2022 on Saturday. Islamabad are slightly inconsistent in this competition as they are yet to win successive matches so far. They had beaten Karachi in their previous encounter by 42 runs to register their 3rd win. Shadab Khan has been impressive with his all-round performances and setting an example for the rest of the side.

Quetta, on the other hand, had lost to Islamabad in their previous meeting by 43 runs and waiting for the opportunity to give it back for them. They too haven’t performed to their strengths so far having said a win against Lahore in their previous game will give them a modicum of relief. With 2 wins and 3 losses, they are placed at 4th spot in the standings with 4 points.

It’s one of the best sporting wickets in Pakistan which aid equal support overall for batters and bowlers. Spinners will get some grip and will play a crucial role in the middle phases of the game. Anything over 170 is a good score here.

Expect an even contest. Both teams are equally competitive and are in fine form. Quetta are just a notch ahead of Islamabad in terms of batting. They have an explosive batting unit, giving them an edge over their opponents. We fancy them to emerge victorious in this encounter.