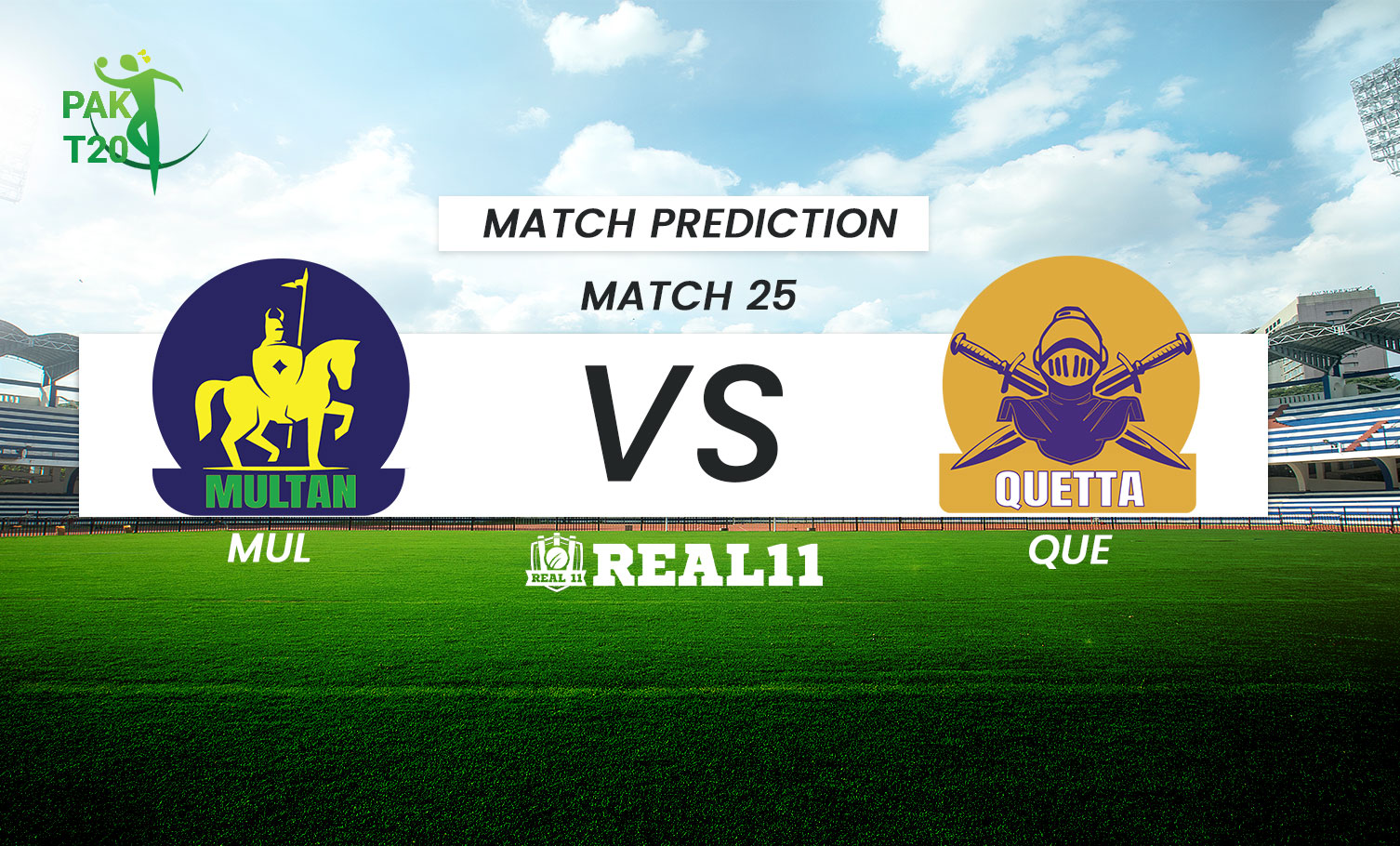 Multan will face Quetta in match 25 of the Pak T20 League 2022 at the Gaddafi Stadium, Lahore on Friday. With just one loss in 8 games, Rizwan and co are positioned at the top of the points table. They defeated Karachi in their last fixture and would be keen to extend their dominant run. Quetta on the other hand suffered a 24 run loss against Peshawar in their last clash. Led by Sarfaraz Khan, the men in purple will look to get back to winning ways. Their chances of advancing through the next round is hanging by a thread, as they are placed at fifth with only two of their league fixtures (including this) left to play.

Multan undoubtedly are one of the toughest teams to beat this season. They have fired on all cylinders with skipper Rizwan leading from the front. He along with Masood have forged a solid opening pair at the top. Riley Roussow at three has looked potent. Tim David and Khusdil Shah at four and five respectively have proven their mettle. Apart from a formidable batting lineup, the reigning champions possess a wide range of options with ball in hand. Dahani, Raees and Muzarabani are the pacers to look out for whereas the spin duo of Tahir and Afridi have been effective with their prowess.

Quetta on the other hand are struggling to find consistency this season. Despite three big wins, the Sarfaraz Ahmed led side is tottering at fifth. They will need to click as a unit and put up an improved all round show to gain the much needed two points. The addition of Jason Roy to the side has bolstered the batting lineup which also has the likes of Smeed, Vince and Akmal. Bowling is one department where Quetta have miserably failed. They should look to sort out their bowling woes before the key clash. Naseem Shah and Sohail Tanvir will shoulder the responsibility of the inexperienced bowling attack. Ahead of the riveting clash, let us have a look at how these sides will fare out in today’s match

It’s a belter of a track for batting. Batters can play freely, express themselves and hit through the line. The team winning the toss should elect to bat first.

After a unbelievable victory in their previous encounter, Multan will be heading into this fixture with a world of confidence. They are playing some excellent brand of cricket and we expect them to come on top once again.