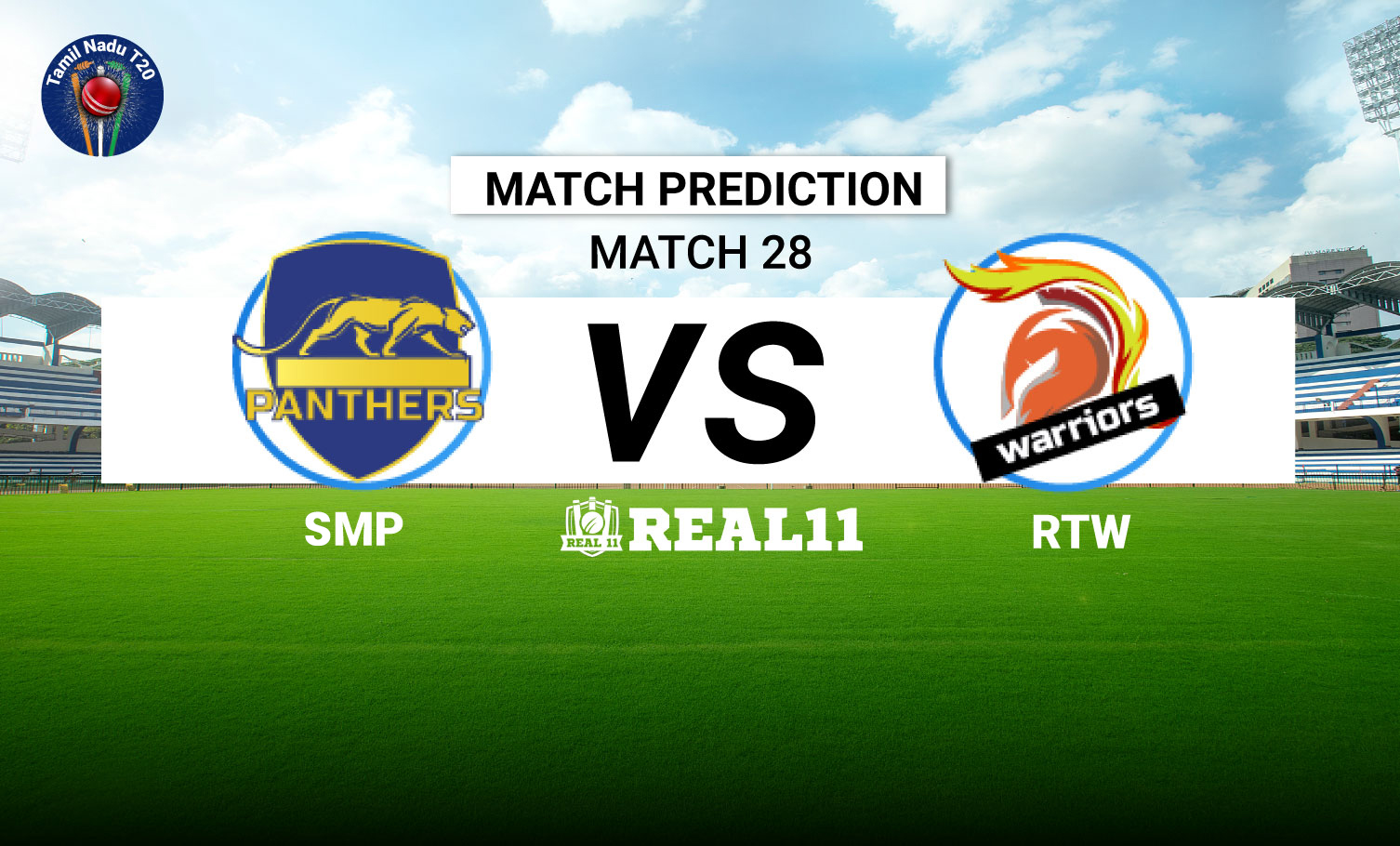 The SMP are ready to lock horns with RTW in the 28th match of the Tamil Nadu T20 League on Sunday, July 24. SMP was bowled out for just 76 runs in their last games while chasing just 130 runs. No batters from the team crossed 20 runs mark. SMP after suffering a loss against the ITT in their last match by 53 runs is currently holding the third spot on the leaderboards with four wins in six league games. Overall Arun Kartik has been the most consistent batsman with 249 runs under his belt. NS Chaturved (149 runs) and Aniruth (110 runs) have been successful with their small but effective cameos so far. Their bowlers did their homework well and restricted ITT to 129 runs in the last match. R Silambarasan and Kiran Akash are the highest wicket-takers adding 10 wickets each to their name.

On the other side, RTW has been in poor form from the beginning of the season. They fetched a win against the SS by 4 runs in their last match. In form batsman, M Vijay was rested in the last game, so that other young players can get a chance to show their skills. Skipper Rahil Shah lead his team from the front with 3 wickets to his name to bundle the opposition for 113 runs. All bowlers took a wicket at less than 6 run rate per over in the last game. But still is unsure about finding a comfortable spot on the leaderboard being in seventh place with just two wins in six league games.

The pitch at the Salem Cricket Foundation Stadium is beneficial to the batting and bowling departments. Although pacers will get help in the powerplays. but batters are expected to dominate the game.

Looking into the current form of the SMP batters, it can be taken into consideration that, in a pitch that favours batters, SMP is our favourite to win the match. RTW has a good bowling lineup, but they need better batting coordination in the lineup.