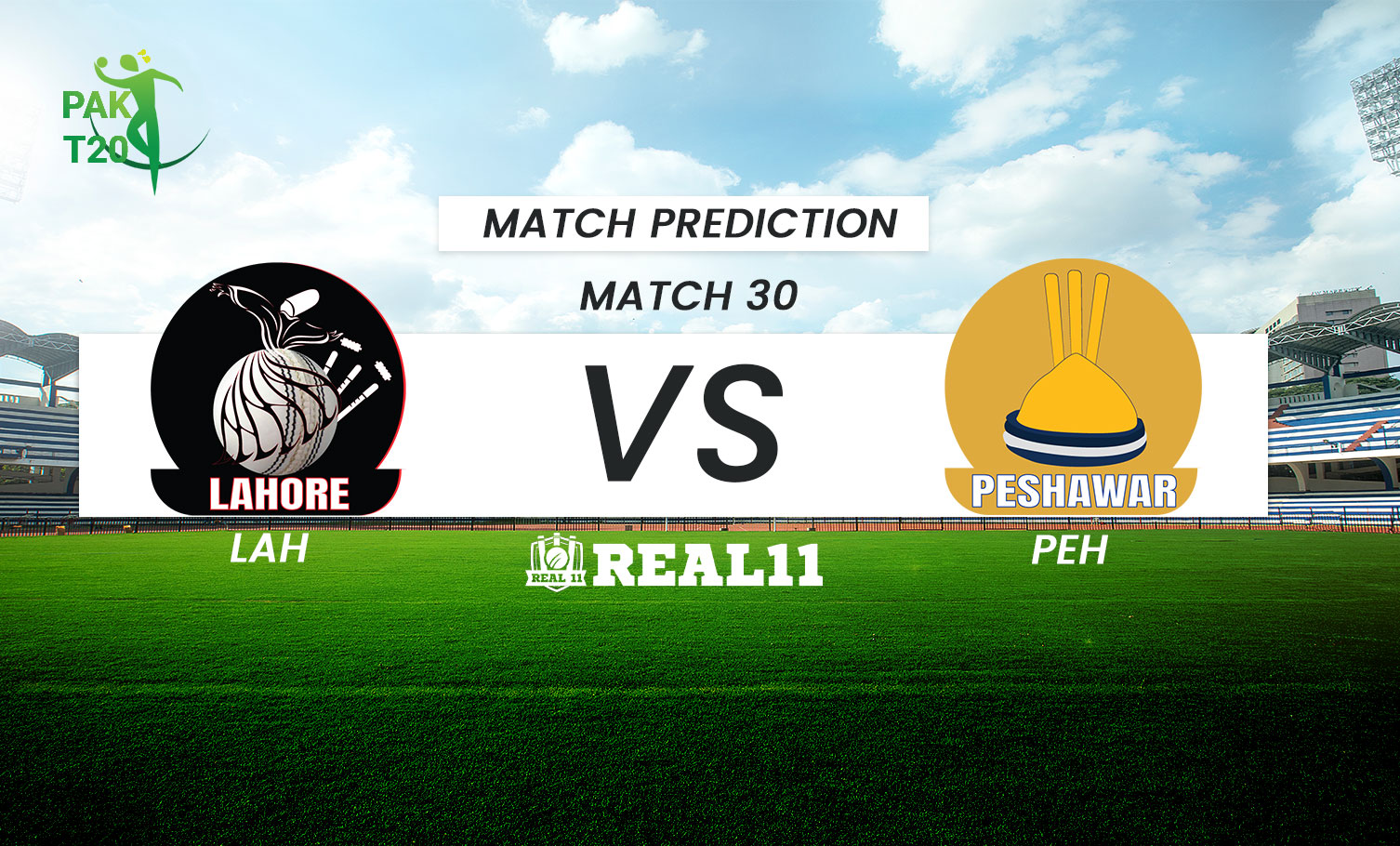 Lahore (LAH) will take on Peshawar (PES) in the final league game of the Pak T20 League 2022 on Monday. Both sides are already qualified for the playoffs but are aiming to finish at the second spot. Lahore have played good quality cricket overall in this tournament and have thus far came out on top on six occasions. Fakhar Zaman is in an extraordinary run of form, having scored over 500 runs. They are placed at the second spot in the standings with 12 points.

Peshawar (PES) on the other hand, are heading into this match on the back of three consecutive wins. They changed their approach in the second half of the tournament which is working extremely well for them. With 5 wins and 4 losses, they are at the third spot in the standings with 10 points.

Bowlers have done a splendid job in the last couple of matches, having said the wicket still looks good for batting. The team’s batting first has a good track record of winning matches here.

Expect an evenly matched contest between these two sides. Lahore will have a slight advantage because of the home conditions but other than that we don't see anything separating these two quality outfits. We will however give Lahore the benefit of doubt considering their robust batting department and familarity with the playing conditions.