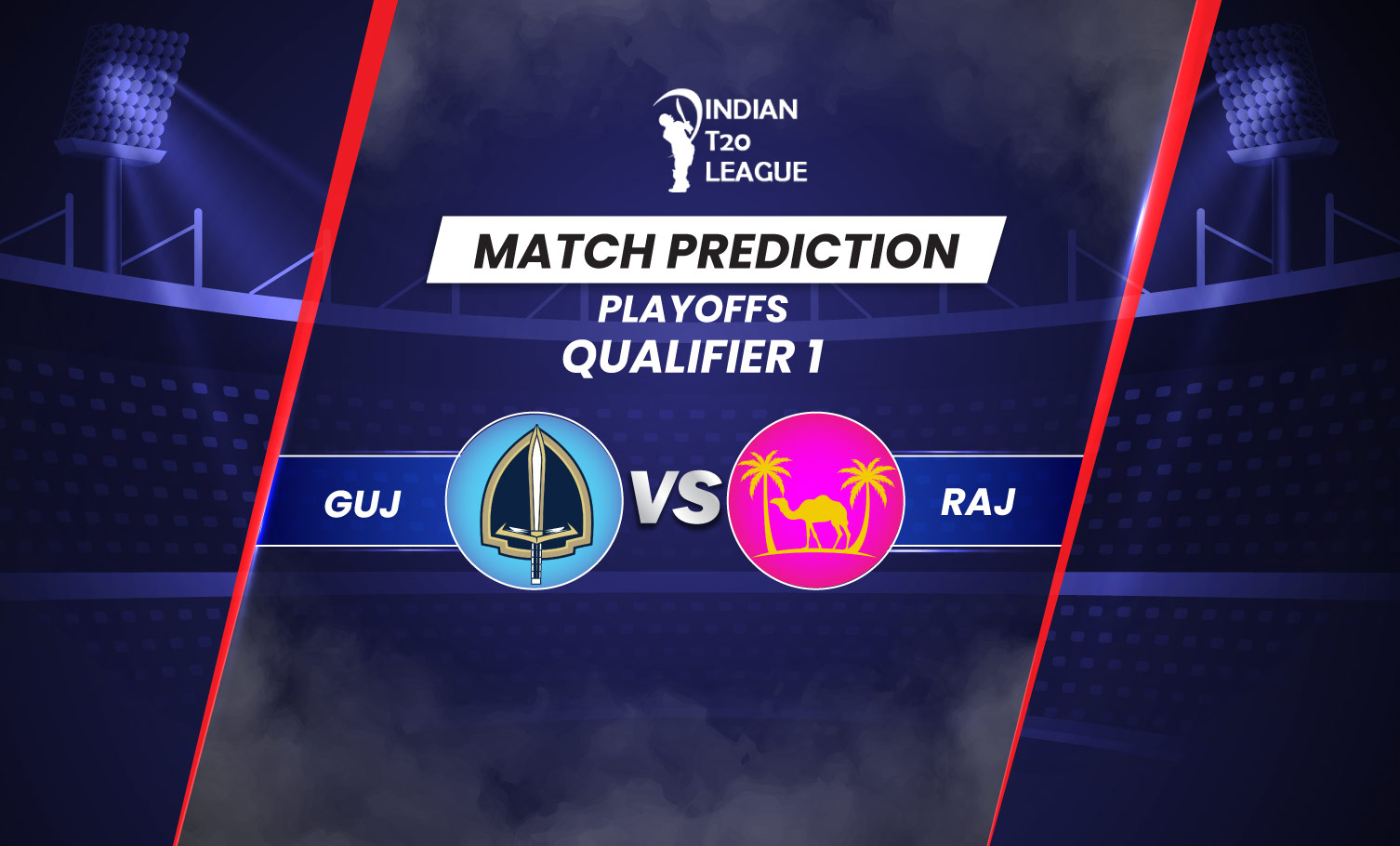 After almost two months of non stop league action, we are now down to the qualifiers. The first qualifier of the ongoing edition of the Ind T20 League will be played between Gujarat and Rajasthan on May 24 at the iconic Eden Gardens Stadium in Kolkata. Despite facing defeat in their final league game, Gujarat finished the league stages at first. Rajasthan on the other hand trounced Chennai in their final league game to finish just a rung below Pandya and co.

Gujarat has by far been the most dominant team this season. They won 10 out of their 14 league games which is a testament of their ascendancy this year. Batting department looks solid with the likes of Shubhman Gill, Wridhimman Saha, Hardik Pandya and David Miller. Bowling department is varied with Rashid Khan, Mohammad Shami and Lockie Ferguson in the mix. While Shami will lead the pace attack, spin prowess will be led by Afghani superstar Rashid Khan. Pace sensation Yash Dayal will also be one bowler to watch out for. Overall, Gujarat has a versatile squad with command in every front.

Scratchy at times, Rajasthan has done considerably well so far in the tournament. At one stage they seemed to lose momentum, but picked up their form at the right moment to advance through the qualifiers. In the last game against Chennai, they played good all round cricket to emerge victorious. Indian veteran R.Ashwin anchored a tricky run chase to confirm the second spot for his side. Batting unit packs a punch with the likes of Jos Butler, Yashasvi Jaiswal and Sanju Samson. Butler has been the leading run scorer in this edition and would love to continue his dream run with bat in hand. Bowling prowess comprises the experienced spin duo of Chahal and Ashwin who can trouble Gujarat batters with their deceptive pace and clever variations. Chahal in particular has been mighty impressive with ball in hand. With already 23 wickets to his name, the crafty leg spinner would be eyeing for more.

Pacers will get some early assistance from this wicket. Spinners will come into effect as the game progresses. With a decent amount of pace and bounce, batsmen will also enjoy playing their shots on the deck. The boundaries are however quite big which can work in bowlers favour.

Expect an evenly matched contest between bat and ball. Both teams will go hammers and tongs but if we were to pick any then we will go with Gujarat. They are just ahead of Rajasthan in terms of balance within their squads. Plus Hardik and co look better equipped to handle and keep a cool head in nervous situations.

Wridhimman Saha has been a revelation for Gujarat at the top of the order. The wicket keeper batter has played like a kid with freedom and thus far 312 runs in just 9 innings.

Hardik Pandya has not just created a difference with bat in hand but has also been handy with the ball. The Gujarat skipper is a must pick.

Jos Butler has already amassed 629 runs in 14 innings with three centuries. We see no reason for leaving the dashing opener out of the fantasy squad.

Yuzvendra Chahal has played a crucial role in Rajasthan’s success with ball in hand. The attacking leg spinner with 26 wickets is the leading wicket taker in the tournament.

After making a rollicking start to the tournament, Trent Boult has slowly faded away.  The kiwi paceman  has bowled well in patches and has failed to maintain consistency. But we all know how lethal he can be with the new ball. He is our pick for this segment today 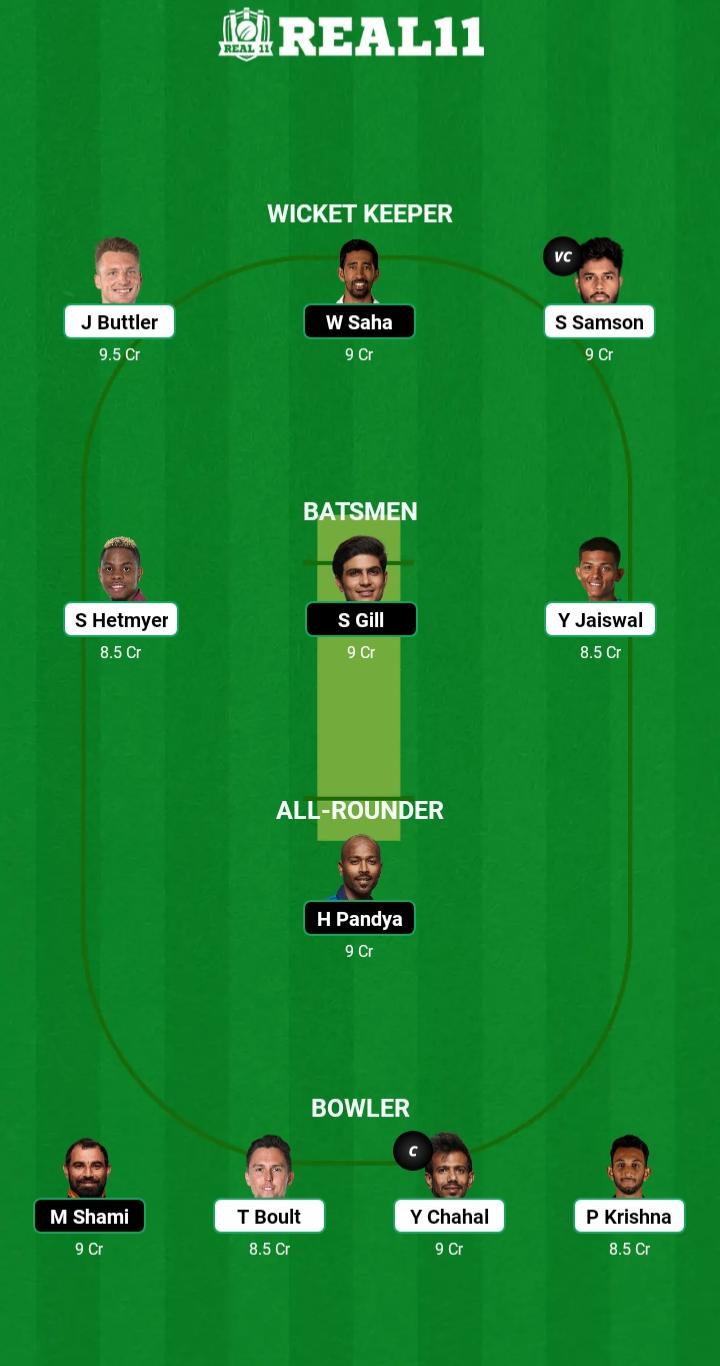 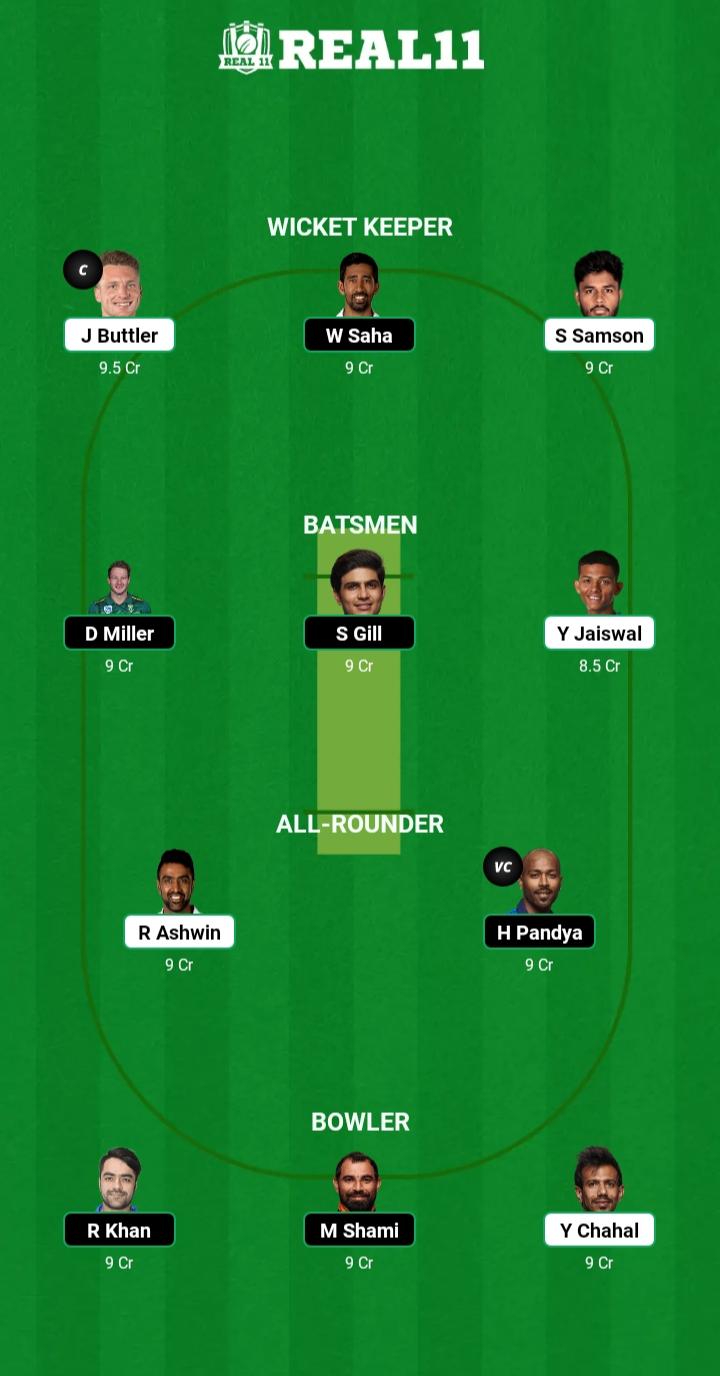