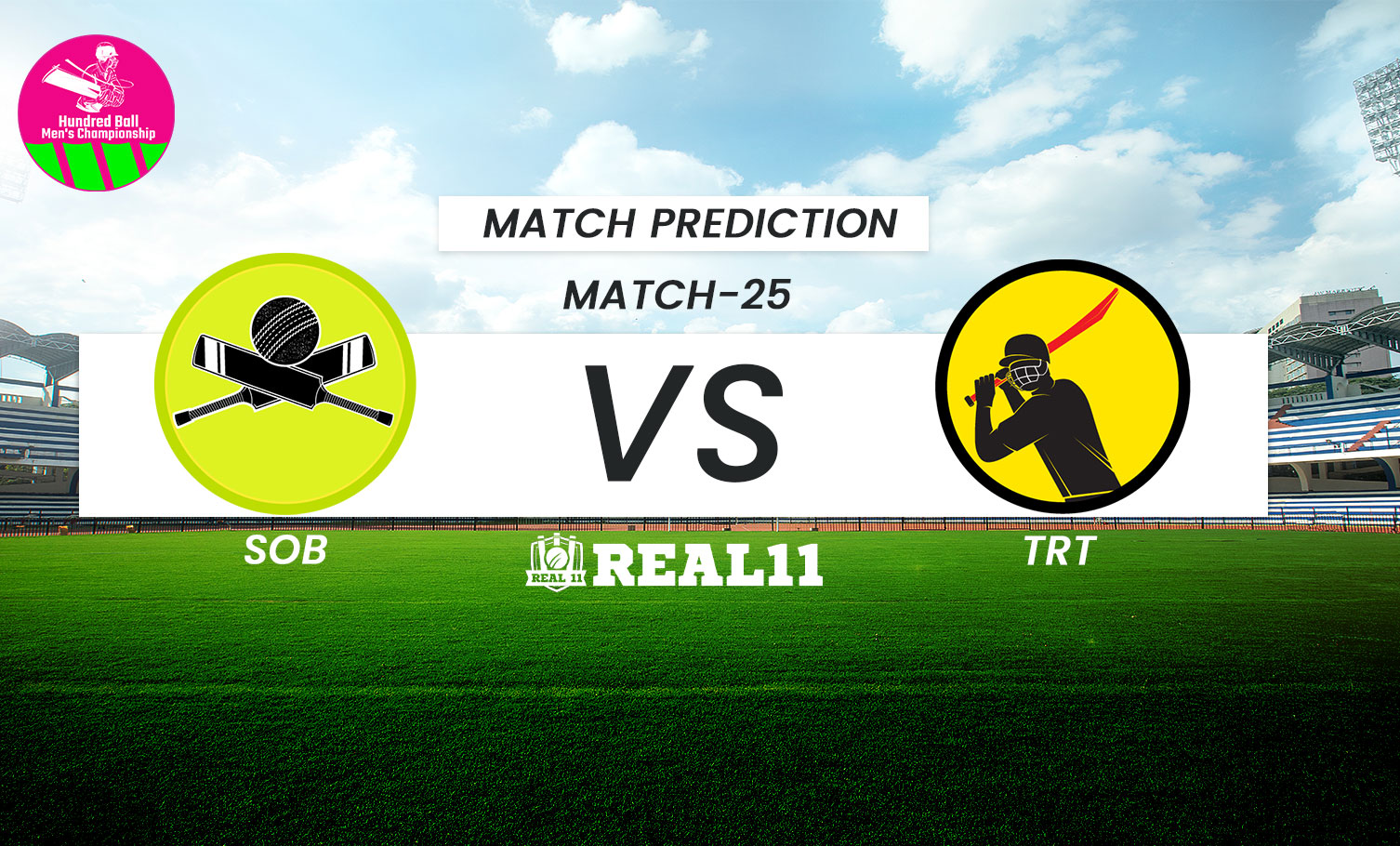 SOB will lock horns with TRT in the 25th match of the Men’s Hundred Championship on 25th August 2022. The match will be held at the Rose Bowl in Southampton.

SOB are currently positioned in the second last place in the league standings with only two wins in six games. Their opponents for this match on the other hand are comfortably placed at the top of the table with five wins in six games.

SOB won their previous and second game of the season. In their most recent fixture, WEF posted a target of only 129 runs with Leus du Plooy and Matthew Critchley scoring 37 and 32 runs respectively. George Garton led the bowling attack by taking three wickets and James Fuller scalped two wickets to restrict the opponents to a low-scoring total.  Paul Stirling single-handedly scored the majority of the runs and finished off the game within 82 balls. De Kock also played a small but impactful knock to successfully anchor the run chase

On the other hand, TRT chased another low-scoring total against LNS in their last match. LNS while batting first struggled against the TRT bowlers. Rashid Khan was the pick of the bowlers for TRT. He ended the game with impressive match figures of 3/25. Luke Wood, Sam Cook and Samit Patel bagged a couple of wickets each to bundle out the opposition for a partly score of 122. TRT in reply was disappointed by the initial fall of crucial wickets in the form of Alex Hales and Dawid Malan. Just when the game was looking to slip away from the Trent-based franchise, Colin Munro and Tom Kohler Cadmore stepped in. The duo added  67 and 41 runs respectively for the third wicket and powered their side to a miraculous victory.

The pitch at the Rose Bowl generally doesn’t suit the bowlers. But as the match progresses bowlers get a grip on their line and length. Batters can usually take advantage of the initial phases of overs and reach the average score of 160 runs on this pitch. The captain winning the toss might choose to bat first based on the above-mentioned conditions.

TRT has been fantastic this season and their players are flying high with confidence as they are ruling the chart. Hence they will probably outpower SOB to win the match.