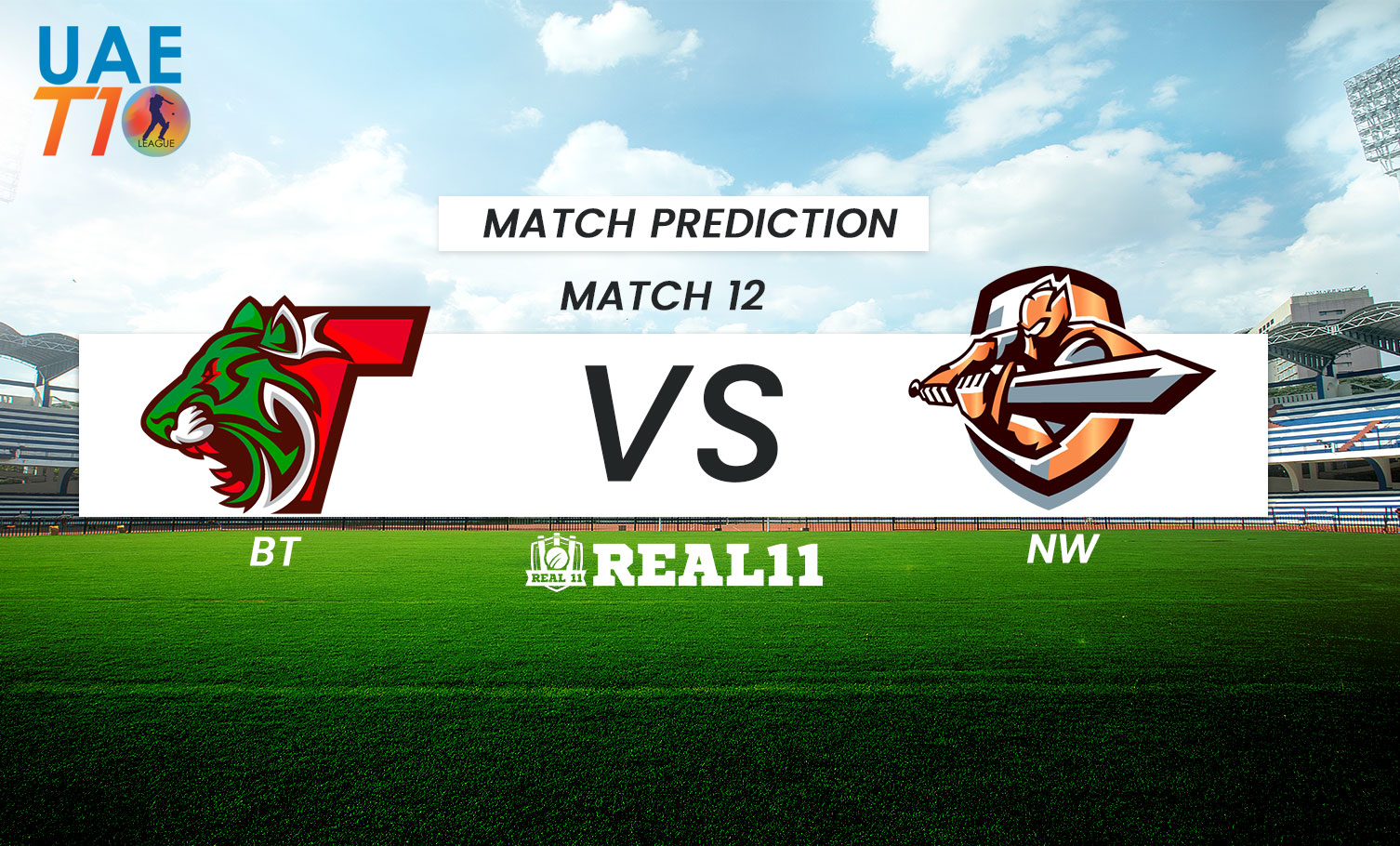 The 5th match of the UAE T10 League 2022 will be held between BT & NW. The match is scheduled for Sunday, November 26, 2022, at 05:30 PM. BT has won only one out of three games total played and are placed in the 6th place on the points table. NW has lost both their games played in this tournament and is laying at the bottom of the points table. The Nothern fans will get a ray of hope as their team gets another chance to win their first while facing TAD on Saturday at 07:45 PM before facing BT on Sunday.

The Bangla team played their last match against the Chennai franchise. The match ended in a 33-run defeat for BT. The Chennai team while batting first posted a total of 126 runs with Carlos Brathwaite being the top scorer from the side smashing a quick 44 runs off just 19 balls. While chasing the target, the BT squad collapsed with most of the eight players contributing below 5 runs. Only Iftikhar Ahmed scored a commendable 49 runs off just 20 balls but still, his team tasted a defeat by 33 run margin.

On the other hand, NW lost their second match against DG by a margin of 24 runs. The Deccan team’s captain single-handedly smashed 80 runs off 33 balls to post a target of 138 runs on the scoreboard. On retaliating in the second half, only Adam Lyth played a successful inning of 51 runs off 22 balls but lacked support from other batters which lead to their loss.

NW will be desperate to fetch their first win of the tournament but they have to develop in the bowling department. They have another chance to win before this match. BT already has played three matches and will be curious to get their second win in the fourth match. But they show signs of poor form in both departments. Thus, we back NW to win this match.