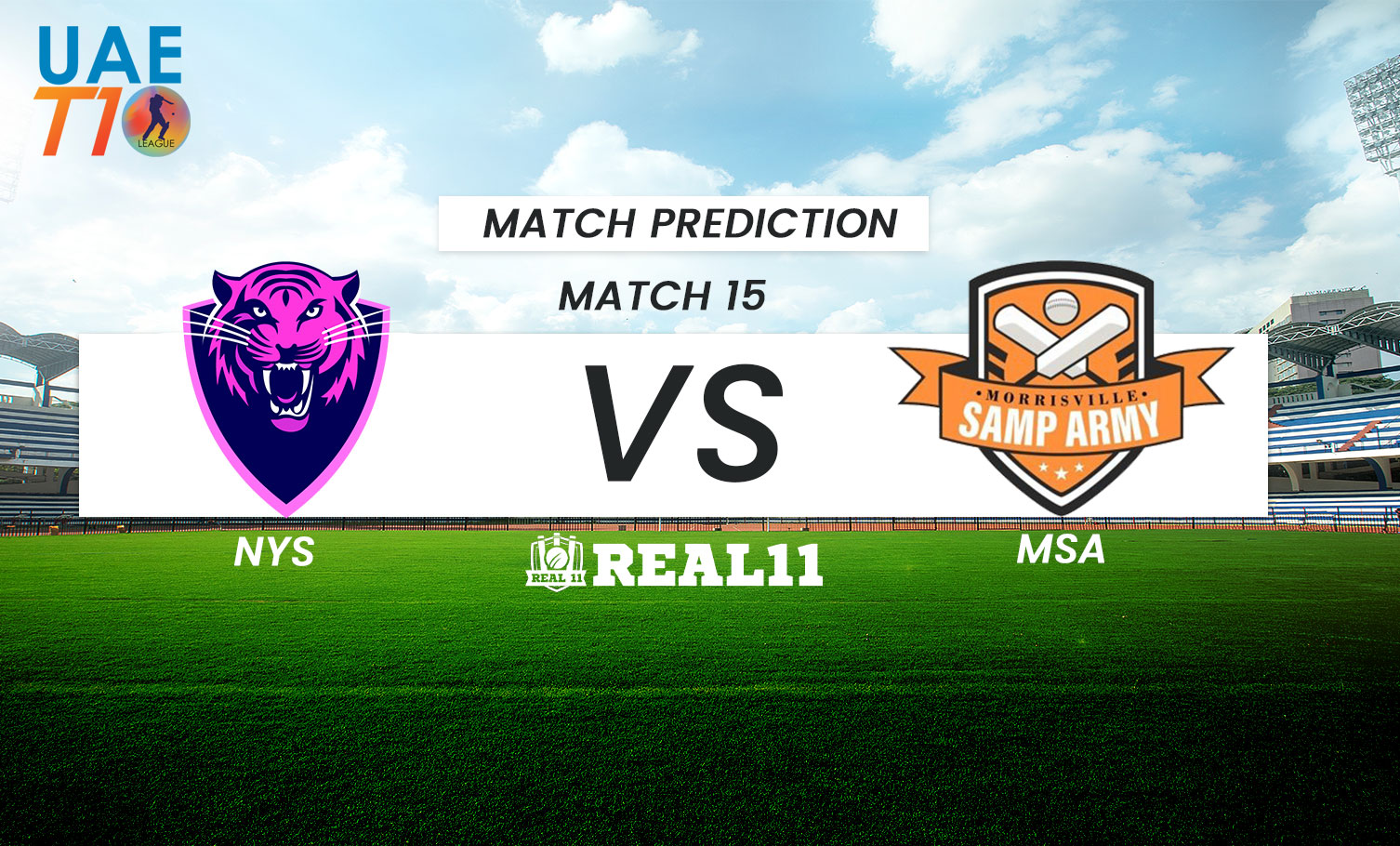 Match 15 of the UAE T10 League 2022 will witness an exciting duel between the two new teams in this tournament. NYS clashes with MSA on  Monday, November 28 at 07:45 PM. Morrisville Samp Army has won all their 3 matches and are in the second position in the points table. The New York-based franchise is in the following position, winning two out of three games in this league.

Morrisville Samp Army seems to be on a mission to win all the matches as they came out victorious in all three matches comfortably. Also, NYS has won back-to-back two matches after losing their first match against the Bangla franchise. This battle will be a fierce one with the involvement of players like Andre Fletcher, Keiron Pollard, David Miller, Shimron Hetmyer, etc. The power that both sides possess will make it one of the best clashes in the UAE T10 League 2022.

The two sides will lock horns for the first time in this tournament and it will be a lip-smacking affair for the fans as the match progresses. The team winning this duel will have the chance to get to the top of the points table and that will definitely be the prime objective for both teams.

Morrisville Samp Army is an excellent side with well-balanced batting and bowling departments. The New York-based franchise has nothing less than their opponent and will be confident to leave their victory mark in this match. But MSA due to their three-winning streak will be our favourites in this encounter.