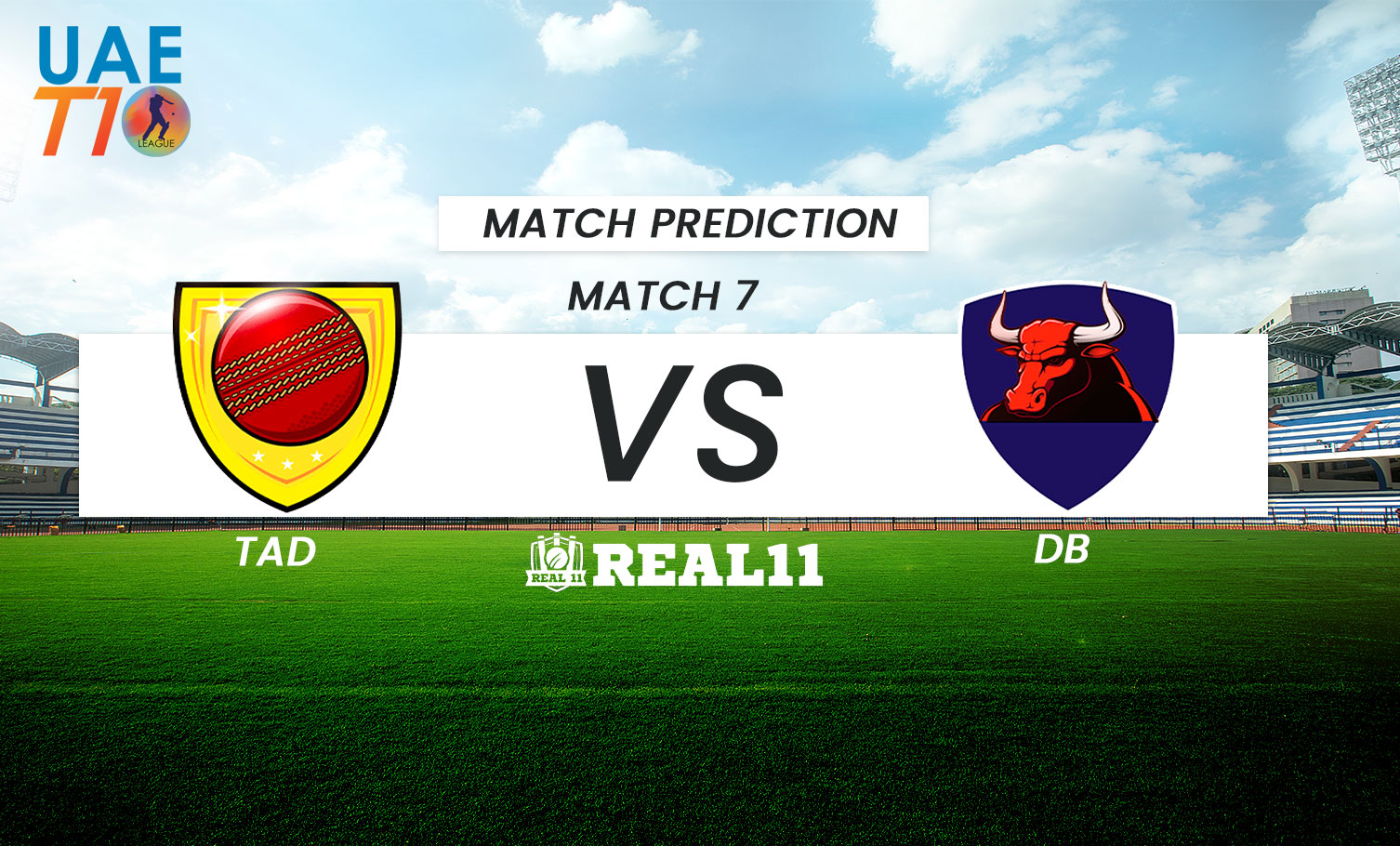 TAD will clash against DB in the 7th match of the UAE T10 League 2022. The match will be played at the sole venue selected for this tournament i.e. Sheikh Zayed Stadium, Abu Dhabi. The match is scheduled for Friday, November 24.

TAD lost their first match against the Deccans’ by 35 runs. DG while batting first scored a total of 134 runs at a loss of 6 wickets. Their captain Nicholas Pooran scored a whopping 77 runs in just 33 balls. Peter Hatzoglou and Fabian Allen picked four wickets but failed to restrict the flow of runs. While chasing the target, James Vince smashed 37 runs off just 19 balls but failed miserably to cover the target. Zahoor Khan and Tom Helm took a couple of wickets each to cruise their team to the first victory of the tournament.

DB won their first match against NW by 4 runs on Thursday. Dwayne Bravo is the captain of the side and is an excellent all-rounder himself. They also have talented batters like Rehmatullah Gurbaz and Rilee Rossouw who are capable of taking the charge. The bowling side has experienced players like Harbhajan Singh who is an expensive asset for the team.

DB has won their first match in this league and will be flying high on confidence. On the other side, TAB lost their opening match by a 35-run margin and will be hoping for a strong comeback. Therefore we fancy DB to win this encounter.