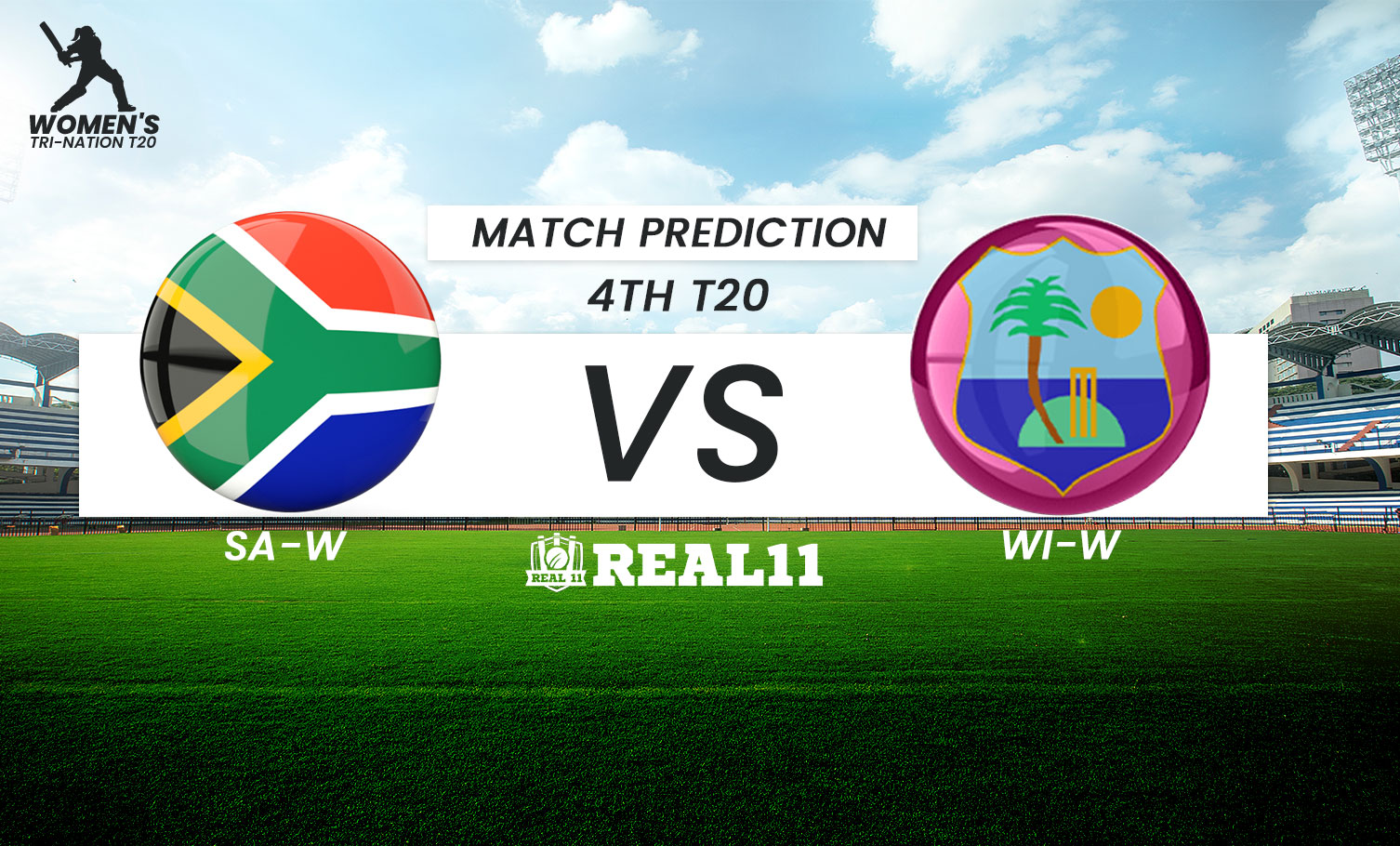 Host SA-W will be looking keen to get back to winning ways when they take on WI-W in the fourth match of the Tri-series at East London on Wednesday, January 25 at 06:30 PM IST. WI-W won’t be happy with the way they have performed in the South Africa Women's T20I Tri-Series so far.

The Windies have lost both their matches comprehensively and have two more games to make amends. The side will clash against South Africa Women on Wednesday. Another loss here, and it will be curtains for the WI-W for the finals. The Hosts, meanwhile, will be confident of their chances as they have already beaten WI-W once in this series and are the home side.

After being thumped by IND-W in the first match of the series, The Hosts needed to quickly get a win under their belt. They did exactly that by beating WI-W by 44 runs in their next match.

Batting first, SA-W put on 141-5 on a tough wicket at Buffalo Park and then restricted the WI to 97-8. The experienced Marizanne Kapp made a solid 52 off 43 deliveries. Skipper Sune Luus contributed with a knock of 30 off 26 balls.

During their previous clash, the SA-W bowlers were all over the WI-W. Masabata Klaas was the wrecker-in-chief, taking 4-21 in her 4 overs. Left-arm spinner Nonkululeko Mlaba has been terrific with the new ball, taking 3 wickets at an economy rate of just 3.57. She will again be handy on this surface.

The Visitors lost their first match of the series to South Africa Women by 44 runs. In their next game, they were thrashed by India Women by 56 runs. It was another poor show, where the WI-W were restricted to just 111-4 while chasing a target of 168. Shemaine Campbelle scored 47 but took 57 balls to achieve it, making things more difficult for the team. Windies skipper Matthews remained unbeaten on 34 off 29 balls but didn’t have any support. She is their in-form batter and will have to lead from the front in this match.

Openers Rashada Williams and Britney Cooper haven’t clicked in this Women's T20 series, and that has put added pressure on the rest of the lineup. Perhaps this will be the match when either one of them clicks.

WI-W's bowling has also struggled so far in the two matches which they have played. Medium pacer Shamilia Connell has taken 2 wickets at an economy rate of 6.42. Shanika Bruce did a fine job in the previous game against India with a spell of 1-25 off 4 overs. All-rounder Matthews was taken for runs in the previous game, but her off-breaks will still be handy on this surface against the SA-W batters who aren’t as adept at playing spin.

The pitch at Buffalo Park in East London has something for both batters and bowlers. Batters won’t find it easy when they start their innings, as the ball will move around a bit. But once they get used to the pace of the wicket, they will have the opportunity to score big, as India’s opener Smriti Mandhana showed with her unbeaten 74 off 51 balls in the previous game here.

The maximum temperature will remain at 22°C, with a low of 19°C with 75% humidity, and a strong wind speed of 15 Km/hr for the fourth T20 on Wednesday between SA-W vs WI-W. Some rain is expected in East London on the morning of the match, but the match is unlikely to be disrupted with a 70% chance of precipitation.

The Hosts batters haven’t exactly got going in this Women's T20 series, but both batters Marizanne Kapp and Sune Luus look to be in decent form. SA-W bowlers are again expected to make life difficult for the struggling WI-W batters, and that’s where they will have an edge. West Indies will be hoping for a special performance from skipper Hayley Matthews in this match on Wednesday because otherwise, things will get difficult for them. SA-W, being the home side and the experience they have, start as favourites to win this match. 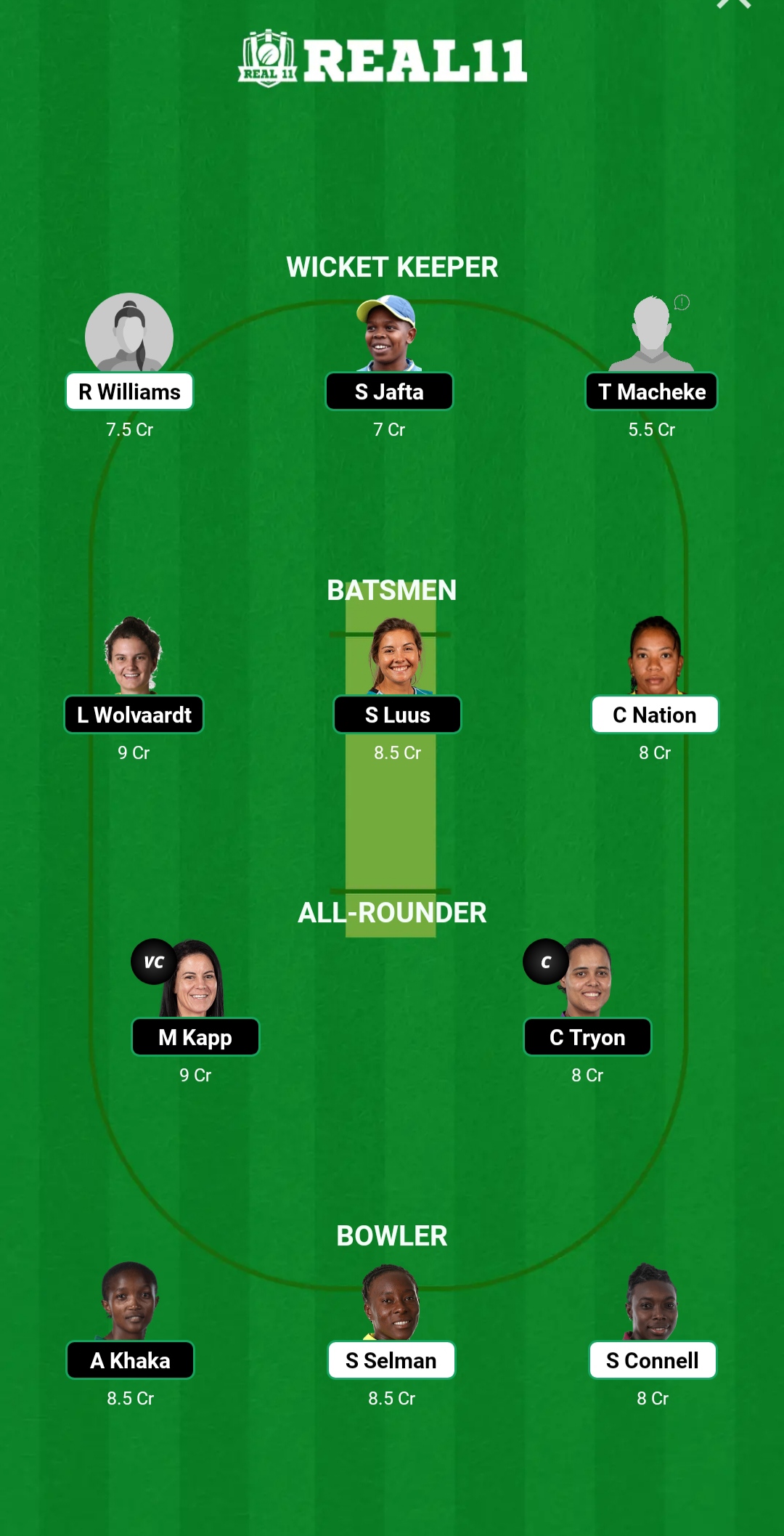