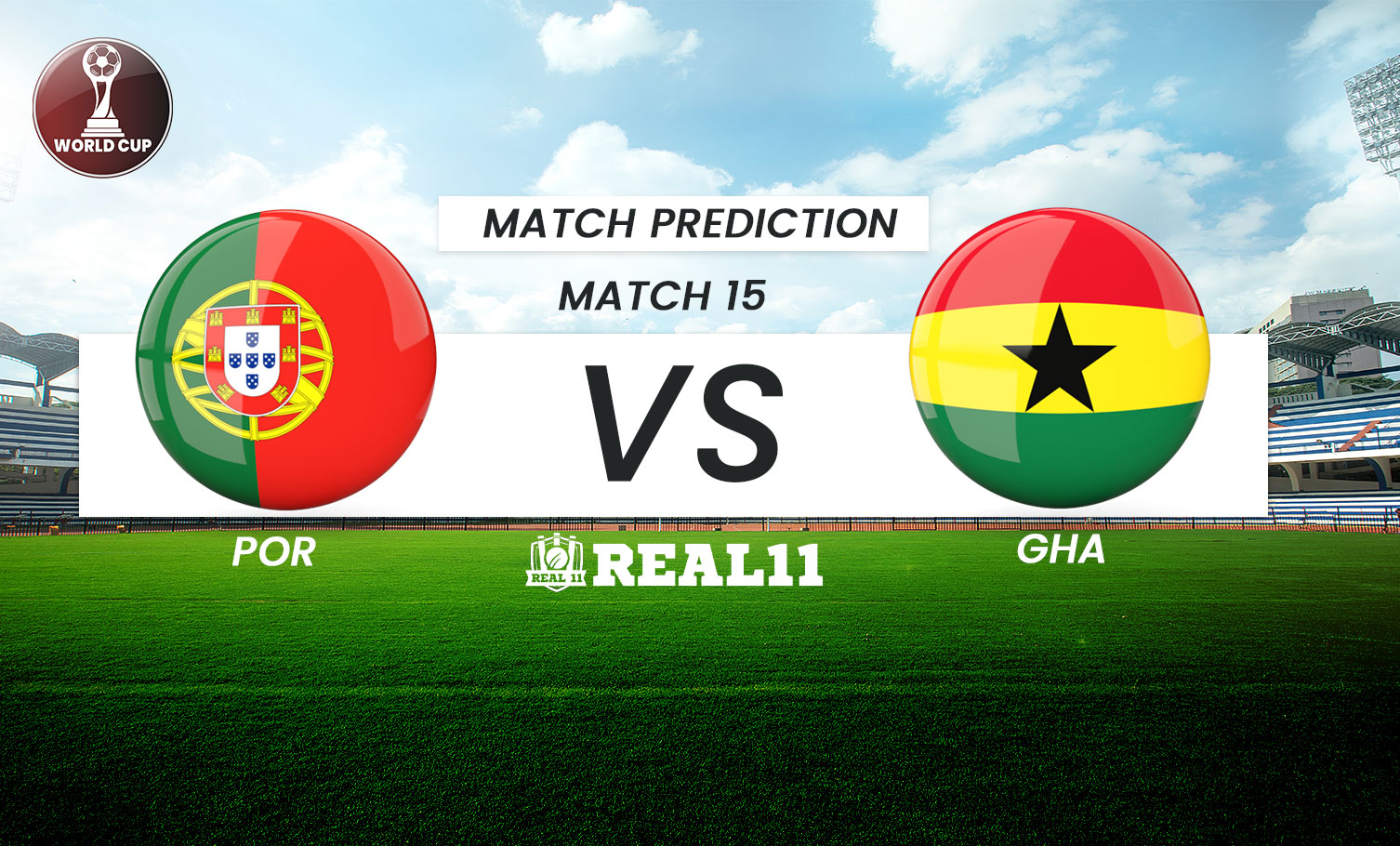 Portugal and Ghana will meet this Thursday starting at 09:30 PM IST at stadium 974, in a Group H fixture of the World Cup, completed by Uruguay and South Korea, which will meet three hours earlier. The referee of the match will be a Moroccan of American nationality, Ismail Elfath.

In a press conference, Cristiano Ronaldo announced months ago that the one in Qatar would be his "last World Cup" and just a week ago he reaffirmed his idea, although he redoubled it: "If we are world champions, I will retire."

These words, plus the darts thrown at Man Utd due to the lack of minutes, generated a heavy atmosphere in the previous week that culminated in the termination of the contract with the English club.

The former Real Madrid, top scorer for national teams with a total of 117 goals in 191 games, will compete in his fifth World Cup and at the same time the sixth consecutive for Portugal and eighth in history. The best collective performance was in Germany in 2006 when they finished fourth. Then, he never made it past the round of 16.

The Portuguese team reached the World Cup after leaving Turkey and North Macedonia on the road to the playoffs by finishing second in their area, behind Serbia. Portugal's farewell friendly was a 4-0 win over Nigeria in Lisbon, although without Ronaldo, absent due to gastroenteritis.

For its part, Ghana will add its fourth participation since its World Cup started in Germany in 2006 and after an absence of eight years. The best work occurred in South Africa in 2010, where they were eliminated by Uruguay on penalties, with the well-remembered execution of Loco Sebastián Abreu, who chipped the ball. Ghana's main player is Thomas Party, the current Arsenal man from England, for whom they paid 50 million euros in mid-2020 when he wore the colors of Atlético de Madrid.

Parley scored the goal for the WC qualification, which was not easy: he had to leave Nigeria on the road, with whom they drew 0-0 at home and 1-1 away, which gave them the ticket for the tiebreaker of the goal in said condition.

The only previous meeting between Portugal and Ghana was in the group stage of the 2014 WC. Portugal won 2-1, with a winning goal from Cristiano Ronaldo.

POR: The seasoned midfielder will be unfazed by the aura of Portugal's Captain and the current leading goalscorer in International football Cristiano Ronaldo, who is expected to be Portugal’s shining star in the match. At the same time, AC Milan forward Rafael Leao will be a terrific fresh talent to look forward to.

GHA: Seasoned winger Andre Ayew will lead the attack for Ghana, which will also look forward to Mohammed Kudus’ performance in this match against Portugal.

We have witnessed two big upsets so far in this WC, and there is no way one can predict who will this match tonight but based on Portugal's recent performance and the experienced players they have, it would be 3-1 in favor of Ronaldo's side against Ghana. 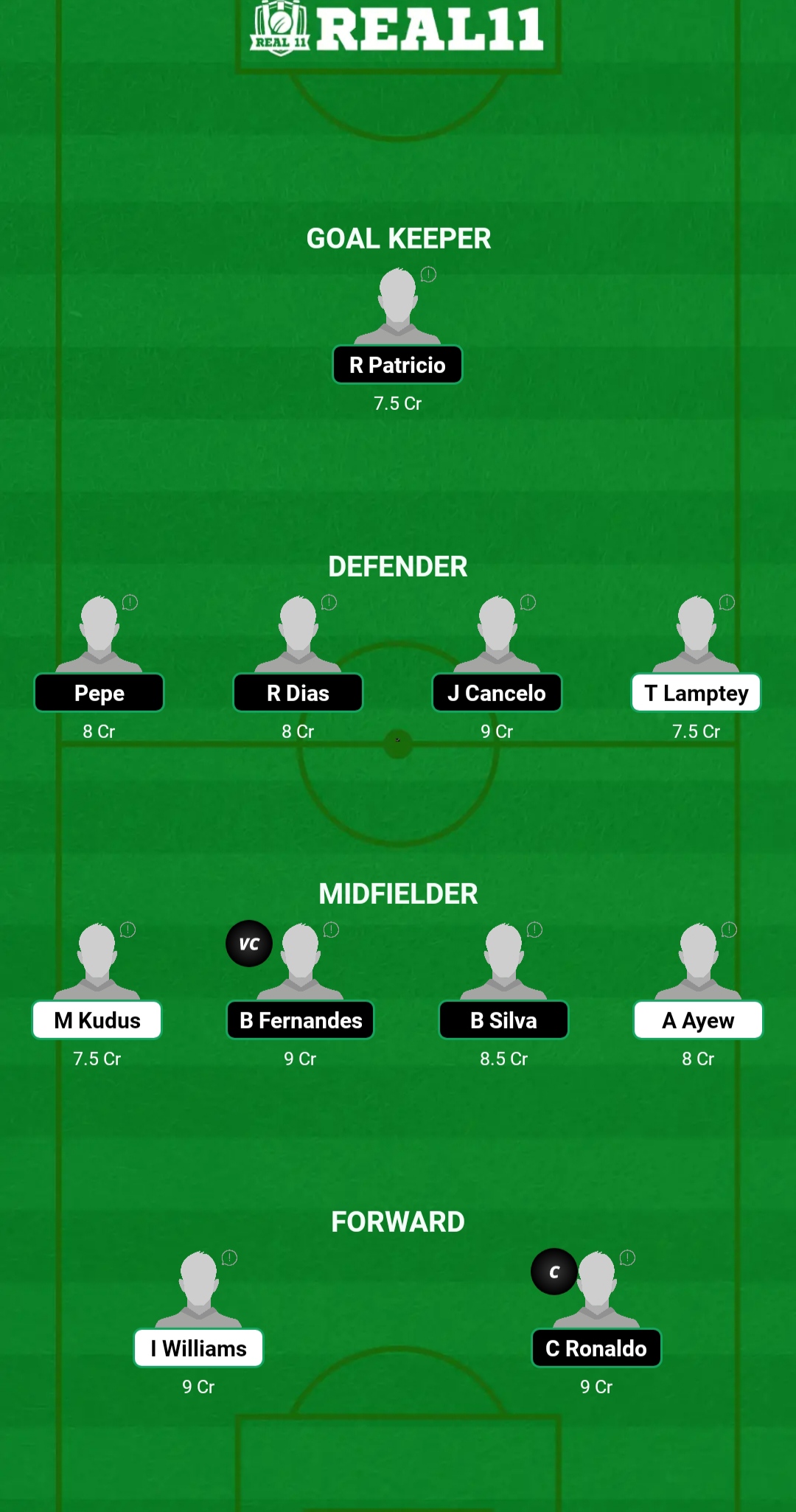