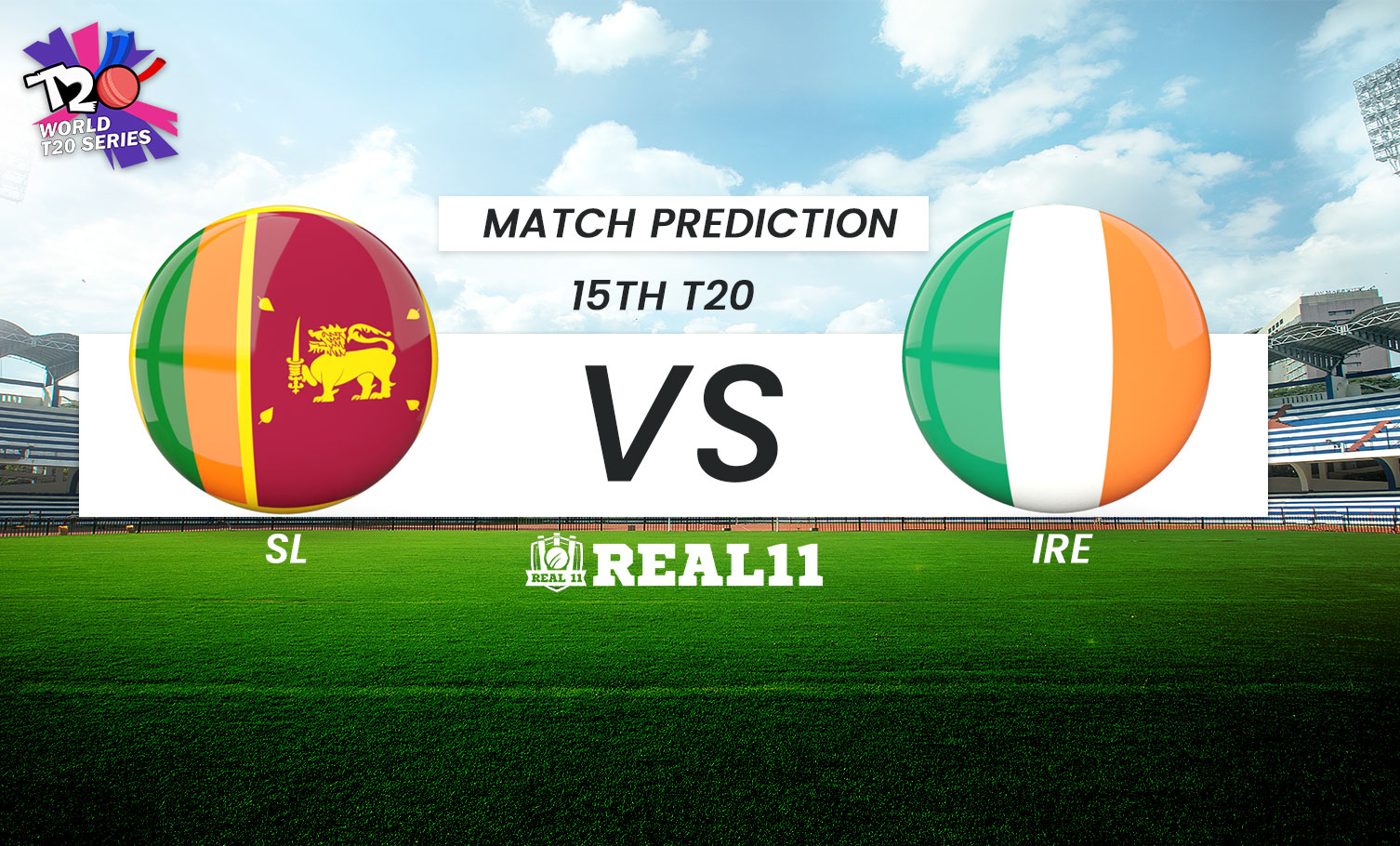 We now have the teams from the group stage that have qualified for the Super12 as the first round of the world cup comes to a close. Sri Lanka and Ireland will square off in match 15 of the tournament. After losing to Namibia in their opening encounter, Sri Lanka bounced back well with two back to back victories against United Arab Emirates and Netherlands. Wanindu Hasaranga has been the main man for Sri Lanka. He has picked 7 wickets in three games. Ireland, on the other side, also made a terrible start to the tournament. After their first loss to Zimbabwe, it did not appear likely that they would advance. However, they managed to cause an upset in their last match of the group stage and made sure to knock out the two time T20 World Series champions, West Indies.

The Bellerive Oval in Hobart provides ideal conditions for battingl. The ball comes onto the bat, the batters enjoy themselves on a surface that moves at a constant pace. Teams often prefer chasing because the pitch improves for the batters as the game progresses. The best feature of the surface has been the truthfulness to results. The par score is expected to be between 160 and 170 runs.

According to weather reports, the temperature of Hobart city of Australia on October 23 (Sunday) will be 9° Celsius during the day and fall to 12° Celsius at night. The sky will be cloudy and some showers are expected in the afternoon.

Kusal Mendis- Mendis is yet to find his form in the tournament. He is a free flowing batter capable of scoring runs at a brisk pace.

Pathum Nissanka- Pathum Nissanka's team has profited significantly from his ability to control the pace of his innings and sustain a steady supply of runs. He proved himself against UAE and will hope to replicate his performances in recent times.

Paul Sterling- With his stats and experience, Paul Stirling is unquestionably an Irish legend. His statistics show how significant a player he is in this format. A strike rate of roughly 135 and 3000 runs in the format do speak volumes about the player's skill. After a match winning knock against the West Indies, the dynamic opener would be incredibly confident.

Wanindu Hasaranga- He is a vital cog for the Sri Lankans. A proven match-winner with both bat and ball in handl. He has picked seven wickets in three games so far.

Curtis Campher- The Irish all rounder is in tremendous form at the moment. He was involved in the 5th wicket record partnership with George Dockrell against Scotland and has overall been a crucial part of this Irish side.

Mahesh Theekshana-  The highly skillful spin bowler can cause trouble for the opposition batters with his control and clever variations. He has taken 5 wickets in the three games he has played so far.

Both the teams made a comeback after their poor opening game and qualified for the Super 12. Sri Lanka have faced Ireland only twice in T20I and the Sri Lankans have got the better of their opponents in both the games. Sri Lanka looks stronger on paper as compared to Ireland, but yeah, be ready for upsets. 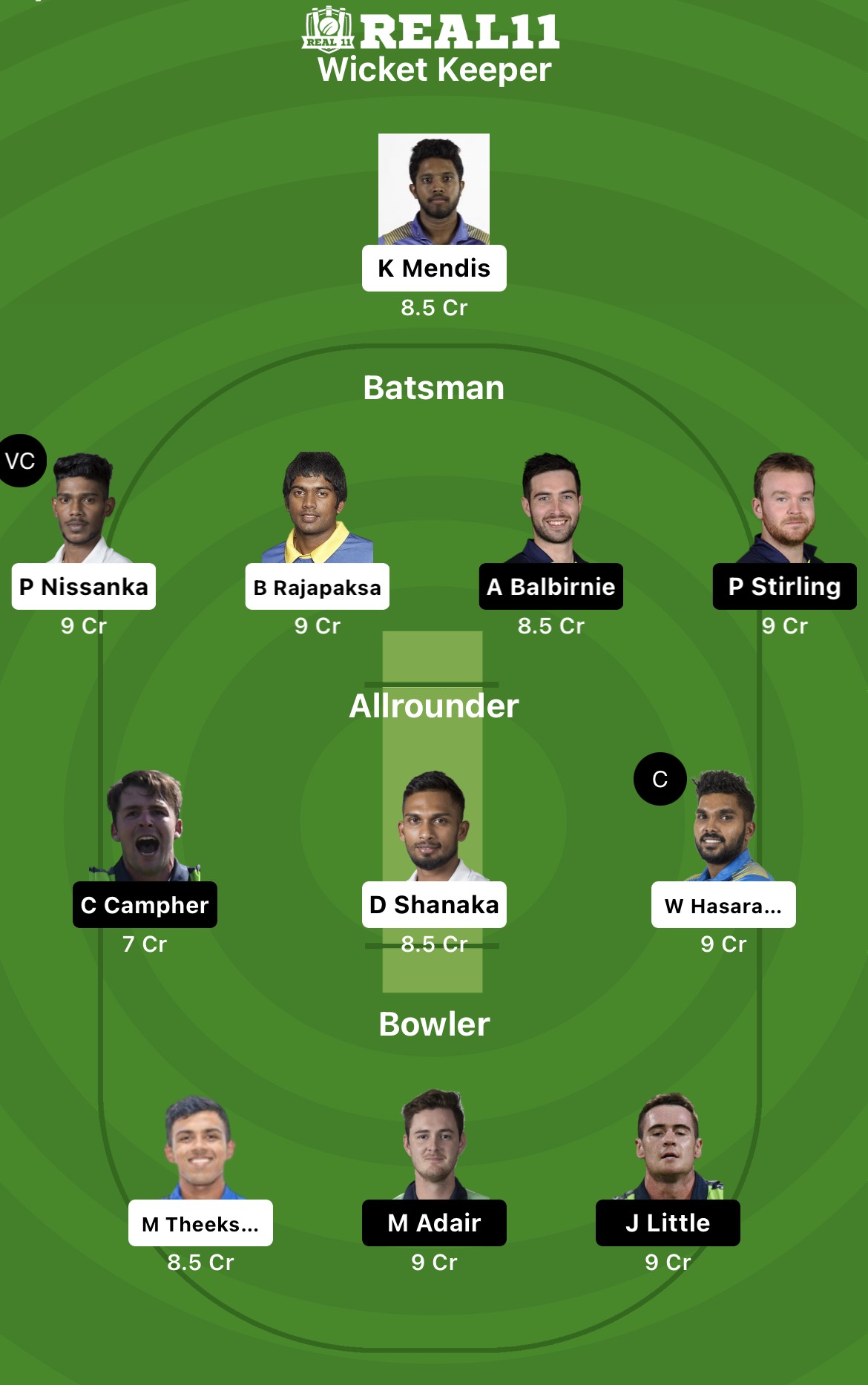