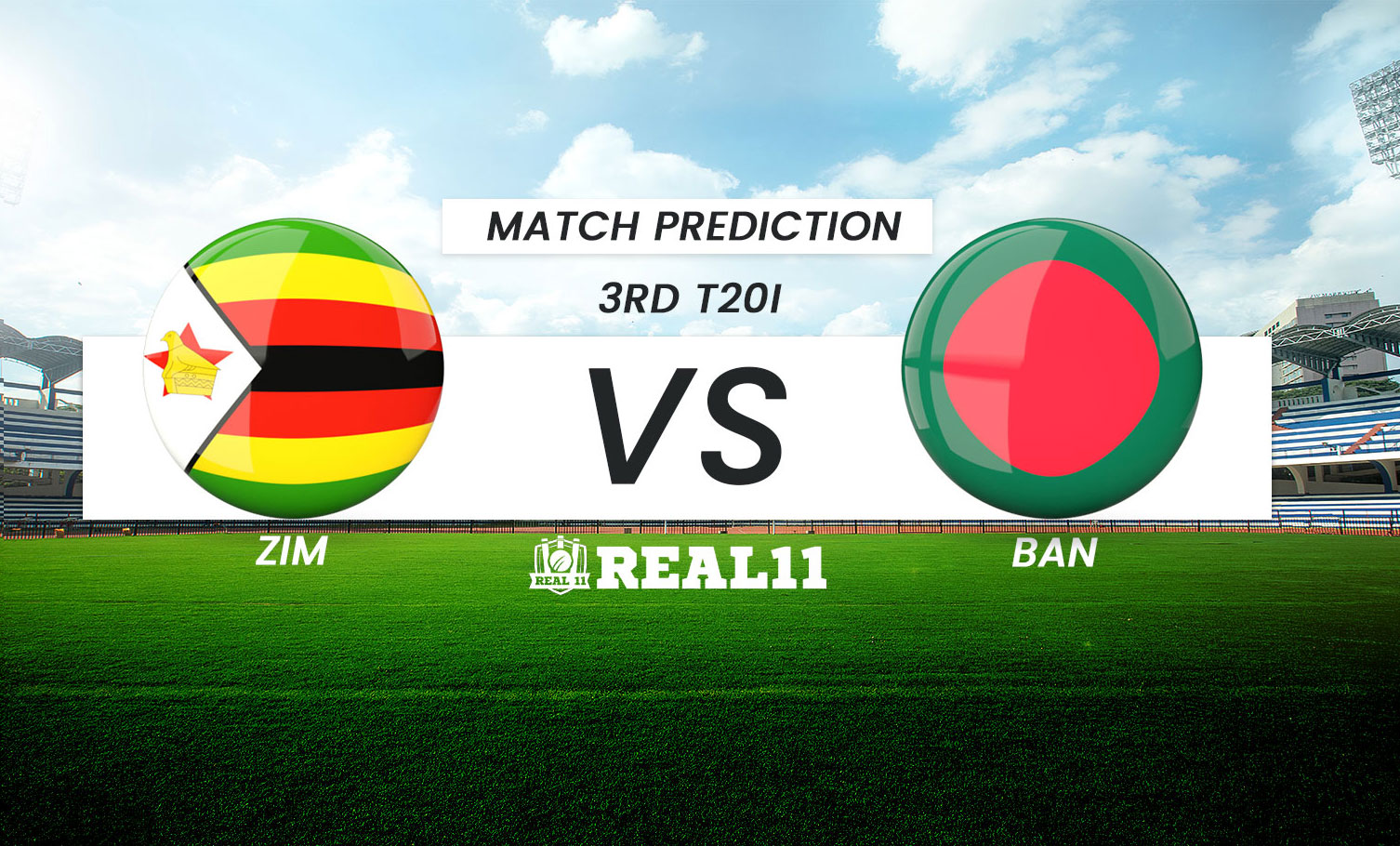 In the first T20I game between Zimbabwe and Bangladesh, the home team put on a gigantic score of  205 runs with a loss of 3 wickets to bundle the Bengal Tigers for an empathic win. In the second T20I, Zimbabwe's batting order shattered like a pack of cards in front of the Bangladeshi bowlers as they were restricted to 135 runs. The visitors chased it down in just 17.3 overs to equalize the series to a draw. Well, in both the matches, Sikandar Raza had been in exceptional form but lacked support from the other end. In the third T20I match, the Raza would be hoping for some support from the other end as he has carried the team single-handedly till now.

On the other end, Bangladesh would be making strategies to put up a superlative performance against the home side. In the absence of key players like Sakib al Hasan, Nurul Hasan was the interim captain who led the side well. He was well assisted by Liton Das who scored a half-century in the second T20I. No matter how they would still need some consistency in the batting department. Also, Bangladesh would miss skipper Nurul Hasan in the crucial decider as he is ruled out due to a finger injury.

The last and final T20I match will be played at the Harare Sports Club. The pitch out there is quite favourable for the batters. Bowl travels real fast after a perfect touch from the bat. The captain may choose to chase while winning the toss on this ground.

We are backing Zimbabwe for winning the match and also clinching the series 2-1. Bangladesh is facing backlash on its batting side as key players like Sakib al Hasan and Nurul Hasan are missing from the lineup. It is expected that the home side will dominate well and hold an upper hand in the final T20 match.