CMR vs SER ended in a 6-goal thriller in WC, sharing a point each 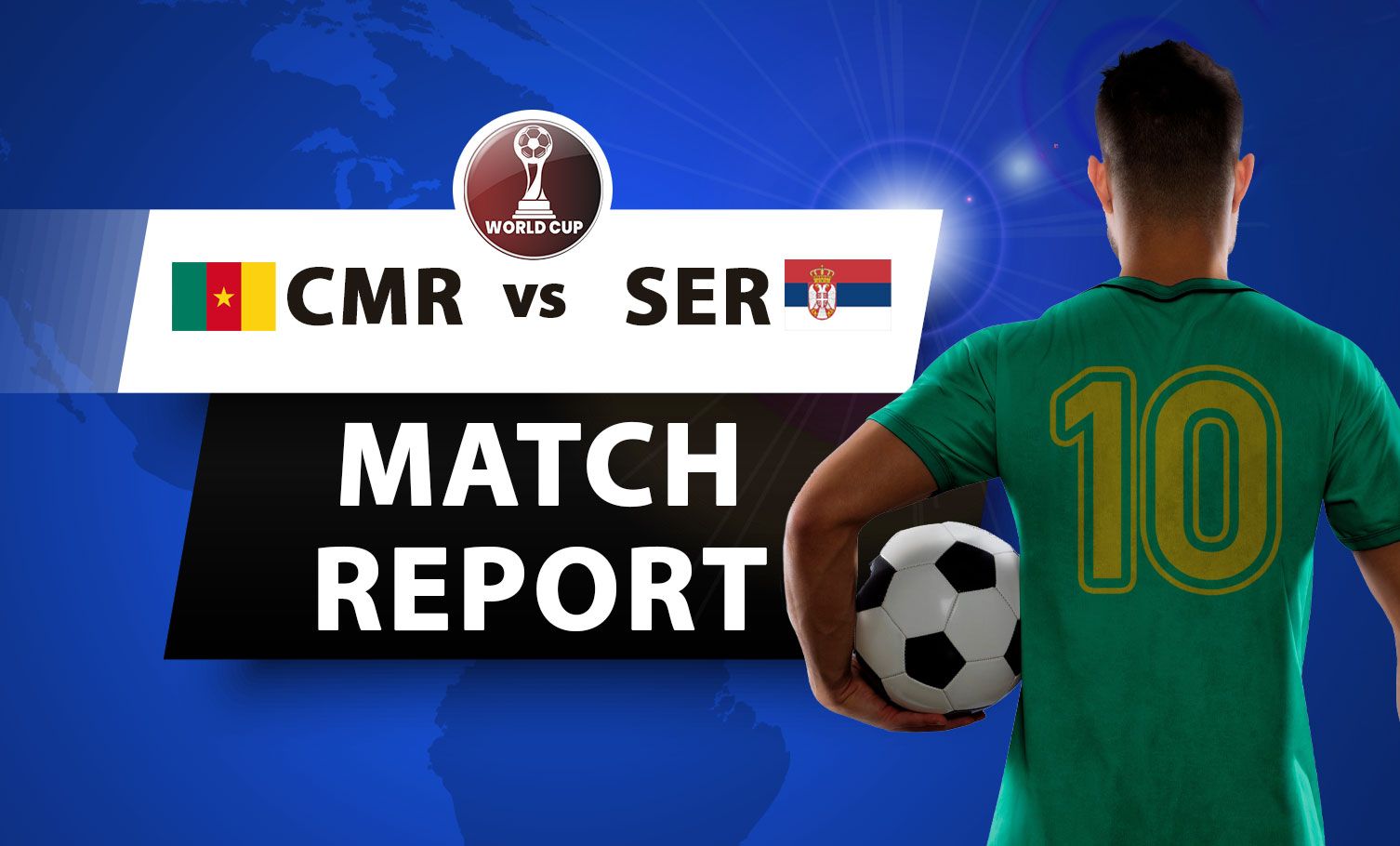 CMR vs SER ended in a 6-goal thriller in WC, sharing a point each

CMR vs SER WC Match Report: On the verge of elimination, Cameroon came back from nowhere to hang Serbia (3-3), this Monday, during the 2nd match day of Group G of the WC in Qatar. The still-living Indomitable Lions snapped a terrible eight-game losing streak in the tournament.

With a resolutely attacking starting XI, the Serbs dominated the first quarter of an hour and passed close to the opener by Mitrovic, who found the post before inexplicably missing the target. Suffering, the Indomitable Lions let the storm pass and gradually returned to the game. After a great opportunity for Kunde, Castelletto opened the scoring with a corner deflected by Nkoulou (1-0, 29').

Technically superior at the start of the match, the Serbs completely foiled and doubted the Cameroonian offensives, which became sharper and sharper after the goal of the Nantes central defender. Before the break, Pavlovic nevertheless set the record straight with a sumptuous header after a free kick from his captain (1-1, 45th + 1). Better still, S. Milinkovic-Savic made the break in stride on a strike from outside the area (1-2, 45th + 4).

On a cloud, the Serbs drove the point home a little more on the return from the locker room on a high-class action concluded by Mitrovic (1-3, 53rd). On the edge of the abyss, the Cameroonians staggered and could dive. But the entry of Aboubakar in place of Hongla changed everything. The striker passed by Lorient took advantage of catastrophic alignments of the opposing defense to score with a sumptuous lob (2-3, 63rd) before offering caviar to Choupo-Moting (3-3, 66th).

Yet above in all compartments of the game for an hour, the Serbs accused the blow after these two goals. Mentally affected, the Eagles stammered their football and could no longer get closer to the opposing goal. As the additional time approached, Mitrovic sent two last shivers down Epassy's back, but the Serbian striker lacked lucidity in his last gesture. A frustrating result for both teams.

Cameroon will face Brazil in a do-or-die match on 03rd December whereas Serbia will be facing Switzerland on the same night as well.